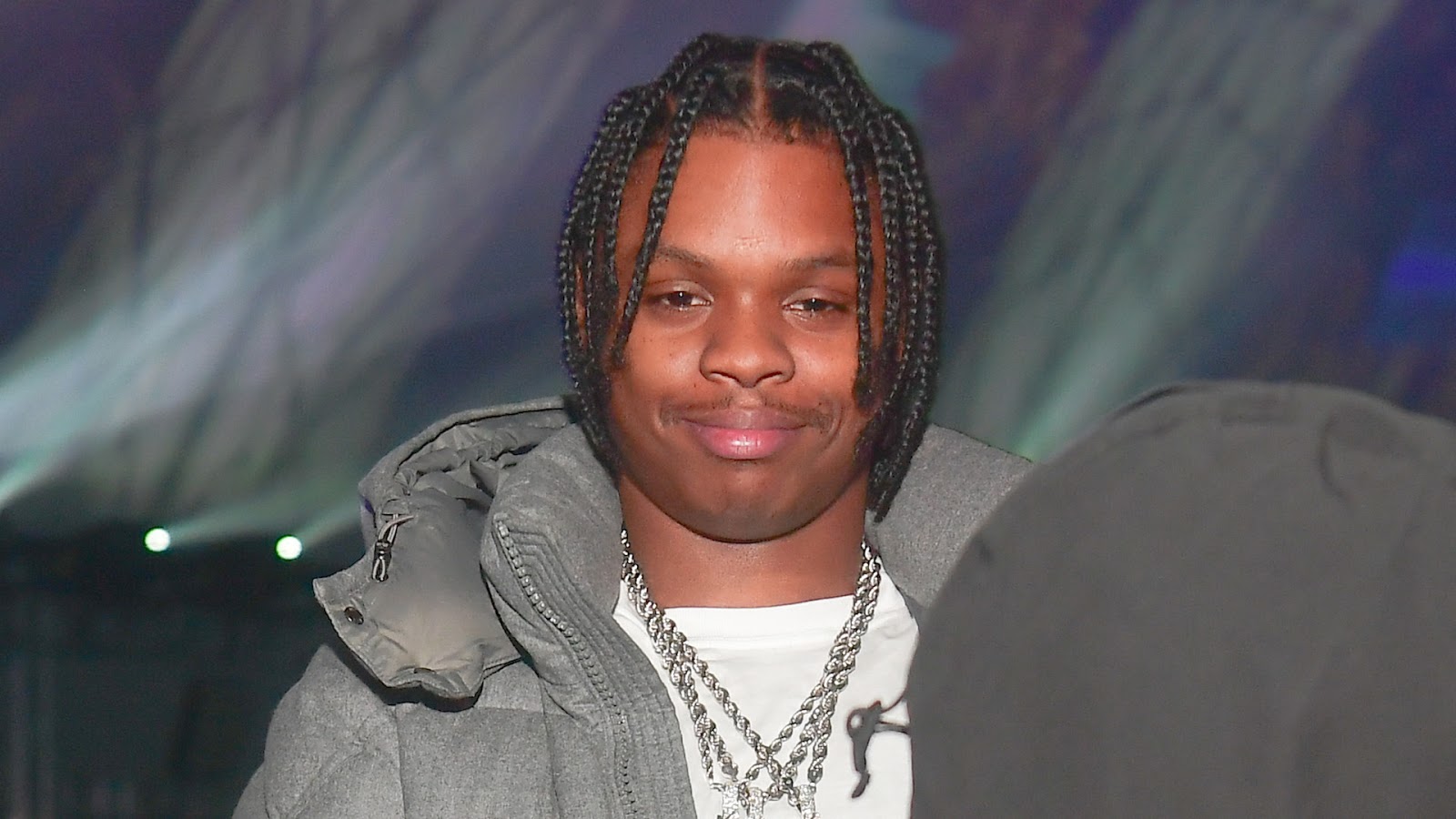 42 Dugg is one of few artists out of Detroit in the last decade to achieve mainstream success in the rap game. Known for his catchy, melodic flows and his signature whistle adlib, 42 Dugg has made a name for himself by catching the attention of several other acclaimed rappers like Lil Baby and Yo Gotti, while also putting out a consistent flood of hits.

The rapper has a uniquely distinct voice and a calm but confident delivery on the mic. His biggest song to date, “We Paid,” with 4PF associate Lil Baby, has racked up 219 million views on Youtube and 163 million plays on Spotify. 42 Dugg has spent much of his adulthood thus far behind bars, but he is now on pace to become one of the biggest artists out of Detroit ever.

42 Dugg was born Dion Marquise Hayes on November 25th, 1994, in the Eastside of Detroit, Michigan. He says he fell in love with music while skating at the local roller skating rink, Royal Skateland. It was there that he began to listen to artists like T-Pain, Pretty Ricky, Ying Yang Twins, Young Jeezy, T.I., and more. 42 Dugg says the music helped him find his rhythm while skating.

At age 15, he would find himself in his first serious legal bid, getting arrested for carjacking and felony firearms possession. He was sentenced to four years in prison. 42 Dugg would receive an additional two years for involvement in a physical altercation during his sentence.

During his time in prison, he says he went into solitary confinement two different times. The first time was because he threw hot water on another inmate. The second time he was sent to hole because a police officer wrote him up for threatening behavior.

Solitary confinement is where 42 Dugg’s rap career was born. He says his first time in confinement, he was unable to write any songs that he thought were good. However, in his second stint in the hole, he would write the lyrics for several future songs that would go on to be successful. In this tiny, cramped cell, 42 Dugg wrote his first rap lyrics; simply to pass the time. During the one hour that he was allotted to leave confinement every day, he would rap those lyrics to his fellow inmates. This is where 42 Dugg gained his first fans.

In 2017, 42 Dugg was finally released and allowed to pursue his newfound rap dreams. The following year in 2018, he dropped his first two mixtapes, labeled “11241 Wayburn” and “11241 Wayburn Pt. 2.” The second project featured his first breakout single, “Mama I’m Sorry.” The song was essentially an open apology letter written to his mother after getting his prison sentence extended two years. The song was written in confinement and was the first song he recorded after being released from prison.

42 Dugg would also garner some attention online in 2018 from another single called “The Streets,” featuring Babyface Ray. The same year, while shooting dice with Tee Grizzley one day in LA, he met Atlanta rapper, Lil Baby. When they first met, 42 Dugg didn’t even make music yet, and Lil Baby had recently just started. Originally, the two were just gambling partners.

In an interview with Billboard, Lil Baby says, “I ain’t never seen no other young n***a that gambled and liked gambling as much as I did.” Even after 42 Dugg started rapping, Lil Baby didn’t know that he made music. However, one day, 42 Dugg says that Lil Baby found out that he was a rapper and asked to listen to his music. From that day forward, the two began to work together on music and grow closer as friends. He would eventually go on to sign with Lil Baby’s record label 4PF in 2019. He would also sign with Yo Gotti’s record label, CMG, the same year. The two sides bashed heads temporarily but eventually negotiated a two-way split to both sign him.

During Meek Mill’s “Motivation Tour” to promote the album “Championships,” 42 Dugg was brought out at a show in Detroit. During Meek Mill’s set, Yo Gotti came out and put a GMC chain around 42 Dugg’s neck and announced that he had signed him to the label. After signing him, Yo Gotti made sure to give his due credit, saying, “His hard work is starting to pay off and he’s only gonna get better as an artist. Baby and I know Dugg has the potential to be a superstar and we’re both gonna do everything we can to keep putting him in the best positions to succeed.”

In March of 2020, he followed up his acclaimed debut album, “Young & Turnt,” with a deluxe version, “Young & Turnt 2.” The most notable cut from the project was “Not a Rapper,” featuring Lil Baby and Yo Gotti. The project received rave reviews from the public and many other big rappers, including Tyler, The Creator, Jay-Z, and more. Tyler, The Creator has expressed interest in producing music for 42 Dugg.

Though 42 Dugg has kept his nose clean for the most part since serving his 6-year bid, he has found himself in a little bit of trouble with the law as of late. The rapper has been on probation since 2010.

In March of 2020, he violated his probation and was arrested on federal gun charges for shooting a firearm at Stoddard’s Range and Guns in Atlanta. The case dates back to November of 2019, when the Bureau of Alcohol, Tobacco, and Firearms, and Explosives received an anonymous tip that 42 Dugg had fired a weapon inside the range. As a convicted felon, the rapper is not even allowed to touch a firearm.

In August of 2020, he would get arrested again, this time for fleeing from a police officer after getting pulled over. He actually was able to make a clean getaway while fleeing but was arrested two months later after a detective ran his plates and found out that the rented car he was driving was under a local promoter’s name. After checking surveillance video around the area, the police were able to identify 42 Dugg as the driver.

The artist was let out on a $20,000 bond on conditional release with an ankle monitor. He is on house arrest until the conclusion of his trial and faces up to 5 years in prison if convicted. In December of 2020, 42 Dugg pleaded with a judge to release him from house arrest to no avail.

During an Instagram live stream in July of 2020, an unreleased song that 42 Dugg was playing caught the attention of rap fans everywhere. In the stream, it appears that the lyrics of the song say, “I was out here suckin’ d**k / I was tryna pay the rent.” The clip of the song playing went viral on social media, with many fans quick to deem the rapper as gay. However, 42 Dugg quickly cleared the situation up on his Twitter with the corrected lyrics, “HOES OUT HERE SUCKIN D**K… I WAS TRYNA PAY HER RENT”.

The incident was so newsworthy that some media outlets even reported that Lil Baby was planning on dropping 42 Dugg from 4PF. No evidence indicates that this is true, though. This moment brought a lot of negative attention to 42 Dugg’s name, with many critics claiming that he was lying and is, in fact, gay.

The Detroit artist also found himself in the headlines that same month, when his ex-girlfriend took to an Instagram live stream to publicly ridicule him. Jazmin Re’Nae ranted for nearly thirty minutes about 42 Dugg, making several claims about their relationship and sex life. One of her more interesting remarks is that she made the rapper wait an entire year to have sex with her. She was also adamant about criticizing the shape of 42 Dugg’s butt. Unsurprisingly, 42 Dugg found himself the victim of countless jokes and memes online during that summer.

Just a month later, 42 Dugg was trending again on Twitter because of a viral picture of him standing next to two small girls. This was when fans found out for the first time how tall the rapper is. In the photo, 42 Dugg is standing in between two children, who are both significantly taller than him. The rapper is listed as 5 feet tall.

At the end of 2020, information began to circulate about 42 Dugg’s personal issues with fellow Detroit artist Sada Baby. In addition to personal quarrels in the streets between the two, Sada Baby also has issues with 42 Dugg’s close friend, Detroit rapper Tee Grizzley. Tee Grizzley signed Sada Baby to a record deal in 2017, but ultimately, the deal ended after Sada Baby felt that he was being taken advantage of. In 2019, he found a lawyer to buy him out of the record deal. In an interview with Pitchfork, Sada Baby says, “I wish no harm on him, but I don’t fuck with him,” speaking about Tee Grizzley. “What they did to me I wouldn’t have done to nobody.”

The two artists have not collaborated besides on Big Sean’s “Detroit 2” album, “Friday Night Cypher,” as well as a single by Dej Loaf, “Tap In.” It is believed that neither artist knew that they would be working together on either song. 42 Dugg has publicly dissed Sada Baby previously on Instagram live streams.

Recently, 42 Dugg was also involved in helping raise bond for a woman from jail who is accused of tracking down her 16-year old brother’s killer and murdering him. The 21-year old woman, Tityana Coppage, allegedly texted her brother’s phone number after the incident, telling him that she avenged his murder. Fellow rappers DaBaby and Sleepy Hallow also helped pay for the $200,000 bond. In an Instagram post on January 20th, 42 Dugg wrote, “I got the 20 thousand if they can get her out on ten percent tell her people get with me.” Whether 42 Dugg plans on continuing to contribute to social causes like this remains to be seen.

42 Dugg has collaborated with countless established acts such as Meek MIil, Blac Youngsta, Rylo Rodriguez, Mulatto, and of course, Lil Baby and Yo Gotti. He is a nominee for the 2021 XXL Freshman list this year, and with the numbers he’s been able to achieve, it wouldn’t be a surprise to see him make it.

From Serving Beans to Bidding Wars: A Look at 42 Dugg

The 42 Dugg Interview: The Quarantine, Detroit Rap Legends, and Being an XXL Freshman Nominee | STEREOVISION