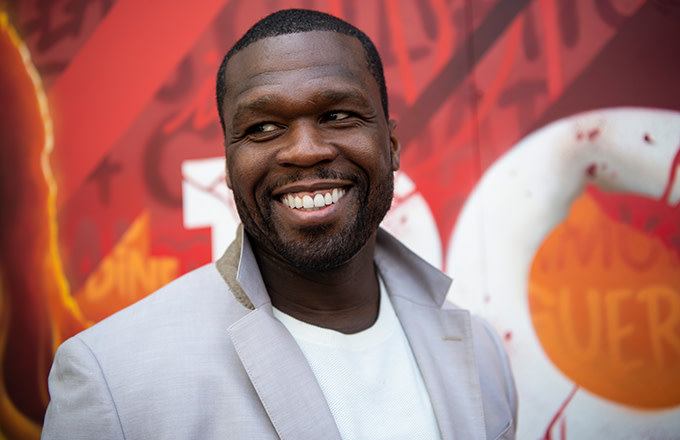 50 Cent, who is known to many audiences as a rapper with a sharp tongue, has garnered a lot of public attention from his use of social media to circulate his popular and unpopular opinions. Whether it has been in his public confrontations with rappers like Ja Rule or Tekashi 69, his antagonistic remarks towards powerful women, or his ongoing tendency to ridicule his famous peers, it goes without saying that 50 Cent is quite good at remaining in the public eye.

Making his initial fame as a rapper, 50 Cent has since become known for his work as an actor on film and television, his work as a television producer on the wildly popular Power series featuring Omari Hardwick, and even his business acumen while heading up a number of initiatives, including Vitaminwater to the masses. How much do we really know about 50 Cent? Thankfully, we’ve assembled all the details – everything from his young life in the streets, his entry into the mainstream, and his infamous entanglements with his famous peers.

Born as Curtis James Jackson III, rapper 50 Cent came into the world on July 6, 1975. As a child, 50 Cent grew up in Queens, New York City, though he was primarily raised in the neighborhood of South Jamaica by his mother, Sabrina, who provided for their needs as a drug dealer. By the age of eight, 50 Cent was motherless after Sabrina died in a mysterious fire.

After his mother’s death, the young Jackson, now also fatherless after his father’s departure, was raised by his grandmother. By the age of 11, 50 Cent began boxing, and by age 12, he also began selling drugs – though his grandparents believed that he was spending time in after-school programs.

By tenth grade, the young 50 Cent, now garnering a reputation for bringing guns and drug money to the school, was caught by the school metal detectors and later arrested. He recalls:

“I was embarrassed that I got arrested like that … After I got arrested, I stopped hiding it. I was telling my grandmother [openly], ‘I sell drugs.’”

And yet, the arrests did not stop. In 1994 he was arrested for selling cocaine to an undercover police officer, and then again when police found heroin, ten ounces of crack cocaine, and a starter pistol in his home. While he was sentenced to three to nine years in prison, he only served six months in a boot camp – the same place that he would eventually earn his G.E.D.

From Crack to Tracks

Despite repeatedly encountering the law and being arrested, it was not long after that 50 Cent also experienced a turn of events. By 1996, 50 Cent’s big break would eventually come when he would meet famed DJ, Run-D.M.C.’s Jam Master Jay. In their encounter, Jam Master Jay gave 50 Cent one of his beat tapes and asked him to rap over it. Jay was so impressed by his talent that he signed him to J.M.J. Records label. 50 Cent would later sign to Trackmasters’ Columbia sublabel and begin to work on his debut album, Power of the Dollar although he would later cement record deals with Interscope and Aftermath.

Perhaps the most popular single was “How to Rob,” which featured 50 Cent detailing how he would rob prominent rappers. The record was interesting given the reason that 50 Cent adopted his name, which he says was a metaphor for change. His name, which was inspired by the 1980s Brooklyn bank robber Kelvin “50 Cent” Martin, was meant to indicate that he was the same as Martin – a person who would provide for himself by any means. The name of his memoir was, From Pieces to Weight: Once Upon a Time in Southside Queens, 50 Cent would later admit that his record deal with Trackmasters was only for $65,000. Even though they offered that much money on paper, he was only left with $5,000 after handling lawyer fees and paying Jam Master Jay $50,000 to get out of his contract with J.M.J. Records.

In the midst of attempting to make a run at the mainstream Hip Hop market and mixtape circuit, there was an attempt on 50 Cent’s life. On May 24, 2000, 50 Cent was attacked by a gunman outside of his grandmother’s former home in South Jamaica while his grandmother was in the front yard, and his son was inside of her home. 50 Cent got inside a friend’s car; he was asked to return to the house to get some jewelry. When 50 Cent returned, a vehicle pulled and fired nine shots at close range with a 9mm handgun.

The areas where 50 Cent was shot were in the hand, arm, hip, both legs, chest, and left cheek. After the shooting, 50 Cent was taken to a hospital where he spent the next thirteen days.

The alleged gunman, Darryl Baum, was identified as Mike Tyson’s close friend and bodyguard. Three weeks after the attack, Baum was killed. While in the hospital, 50 Cent signed a publishing deal with Columbia Records.

He would later be dropped from Columbia and subsequently blacklisted by the recording industry because of his song, “Ghetto Qu’ran.” Having trouble finding a U.S. recording studio that would allow him to make music, 50 Cent decided to go to Canada, and with his business partner Sha Money XL, he recorded over thirty songs.

He would then use these recordings to build a reputation in the mixtape circuit. By taking all the most popular and existent beats, 50 Cent would then remake the recordings with his own choruses and begin watching as D.J.s circulated his recordings. By 2002, 50 Cent finally caught the attention of one of the most famous rappers in mainstream music at the time – Eminem.

50 Cent’s constant mixtape presence throughout 2000-2002 with tapes like “Guess Who’s Back” garnered enough industry attention so that when Eminem got on a radio show and spoke about his admiration for 50 Cent, a bidding war to sign 50 to various record deals ensued. This battle drove up 50 Cent’s signing price into the million-plus figures. Eminem was so impressed by 50 Cent’s talent that he invited him to Los Angeles, where he introduced him to famed producer and former member of N.W.A., Dr. Dre. Together, they would eventually sign a $1 million record deal.

Get Rich Or Die Tryin’

When 50 Cent released his debut album in 2003, Get Rich or Die Tryin’, he took the mainstream music industry by storm. The lead single off of the record, “In da Club,” became the most listened-to song in radio history within a week. Like so many of his records before his debut mainstream album, 50 Cent continued to create music that drew content from his life experiences – which included incidences that seemed to be increasingly making up the content of mainstream Rap lyricism. This subject matter included drugs, crime, imprisonments, stabbings, and, most infamously of all, shootings.

50 Cent was aware that these incidences would lend to his credibility:

Along with the subject matter, 50 Cent’s physique reinforced stereotypical images of black masculinity and hardcore Rap: tattoos, and a muscular body adorned with diamond jewelry and a bulletproof vest, with a pistol in hand. This mainstream profile allowed 50 Cent not only the opportunity to create a lane for himself in the music industry but for his friends and collaborators to come along as well.

These artists included vocalist Olivia, and rappers Lloyd Banks and Young Buck, who would eventually help 50 Cent form their Rap collective G-Unit. 50 Cent would later create his own label, G-Unit Records, to which he would sign Lloyd Banks, Young Buck, and Tony Yayo. Not long after, 50 Cent would also sign rapper The Game as a part of a joint venture with Dr. Dre’s Aftermath Entertainment.

Following the success of Get Rich or Die Tryin’, 50 Cent would continue to sell a number of commercially successful albums. 50 Cent’s second commercial album, The Massacre, sold 1.14 million copies in its first four days and remained in the number one slot on the Billboard 200 chart for an incredible six weeks. The album featured a number of chart-topping recordings: “Candy Shop,” “Disco Inferno,” and “How We Do.”

“50’s secret weapon is his singing voice – the deceptively amateur-sounding tenor croon that he deploys on almost every chorus.”

In addition, he would go on to collaborate with a number of top artists like Snoop Dogg in “P.I.M.P.”, Eminem, Ciara, Dr. Dre, and Pop Smoke and Roddy Ricch in “The Woo.” In fact, 50 Cent offered to finish Pop Smoke’s album “Shoot for the Stars Aim for the Moon” after his untimely death.

In the meantime, his G-Unit crew became a successful franchise, spawning platinum-selling solo albums, lucrative licensing deals, and sold-out arena tours. This success would all change by his third album. Unlike his first and second albums, by 50 Cent’s third installment, he wasn’t gaining the same sort of traction, support, or success. The album, which came out the very same day as Kanye West’s sophomore album Graduation, debuted at number two on the Billboard 200, selling 691,000 copies during its first week.

50 Cent made public that he had expected a better turn-out at the charts and in terms of sales. 50 Cent was also receiving a formidable backlash, particularly among hip-hop purists, who were bothered by his turn toward crossover pop-rap. A number of these critics argued that 50 Cent had turned away from, and therefore compromised his street-level credibility. Nonetheless, 50 Cent would go on to release a number of other music projects, including Before I Self Destruct (2009) and Animal Ambition (2014).

Aside from music, 50 Cent is well-known for his business acumen, particularly the business investments that he has been involved with. By 2007, Jackson was named the second wealthiest rapper in the hip hop industry, right behind Rap powerhouse Jay-Z. At the height of his fame, 50 Cent was so wealthy that he bought Mike Tyson’s Connecticut mansion for $4.1 million. He poured money into its design and even spent money on ensuring that his S.U.V.s were bulletproof. For much of the 2000s and at least half of the 2010s, 50 Cent’s net worth peaked at $255 million.

Despite making millions as a Rap artist, by 2015, 50 Cent was claiming debts of $32.5 million. By that time, he had no other choice but to declare bankruptcy. Some declared his bankruptcy case as a strategic move and were skeptical of whether he was legitimately bankrupt. 50 Cent was able to strike a deal and get away with paying only $23 million back.

While 50 Cent is an example of rappers who are framed as hyper-authentic, he has also been hyper-aware of the fact that his authenticity has a shelf life – especially the further away he gets (in terms of experience) from the life that he grew up in.

To date, 50 Cent has starred in 25 movies. Along with the film, 50 Cent also invested in the Vitaminwater product made by Glacéau – the product was eventually sold to Coca-Cola for a whopping $4.1 billion dollars in 2007. According to reports, the deal reportedly earned the rapper somewhere between $60m and $100m in earnings. He even has his own video game, 50 Cent: Bulletproof.

These days, 50 Cent is also known for Power –  a crime drama television series on Starz created and produced by Courtney A. Kemp in collaboration with the rapper. The series, which premiered in 2014, had a successful six-year run, and executive producers are now looking to develop a number of spin-off series – proving 50 Cent may symbolize two silver quarters, but his talent keeps bringing in cash money.

50 Cent has been known for starting controversy (sometimes via Tweet) with stars like Oprah, Nicki Minaj, and Megan Thee Stallion.

50 Cent seems to get plenty of satisfaction from his work on the television side of the entertainment business that he doesn’t seem hard-pressed to put out any more music to compete in that arena that he once dominated in. He is already well known for competing on social media, making fun of any celebrity that he feels the need to give some jokes to.