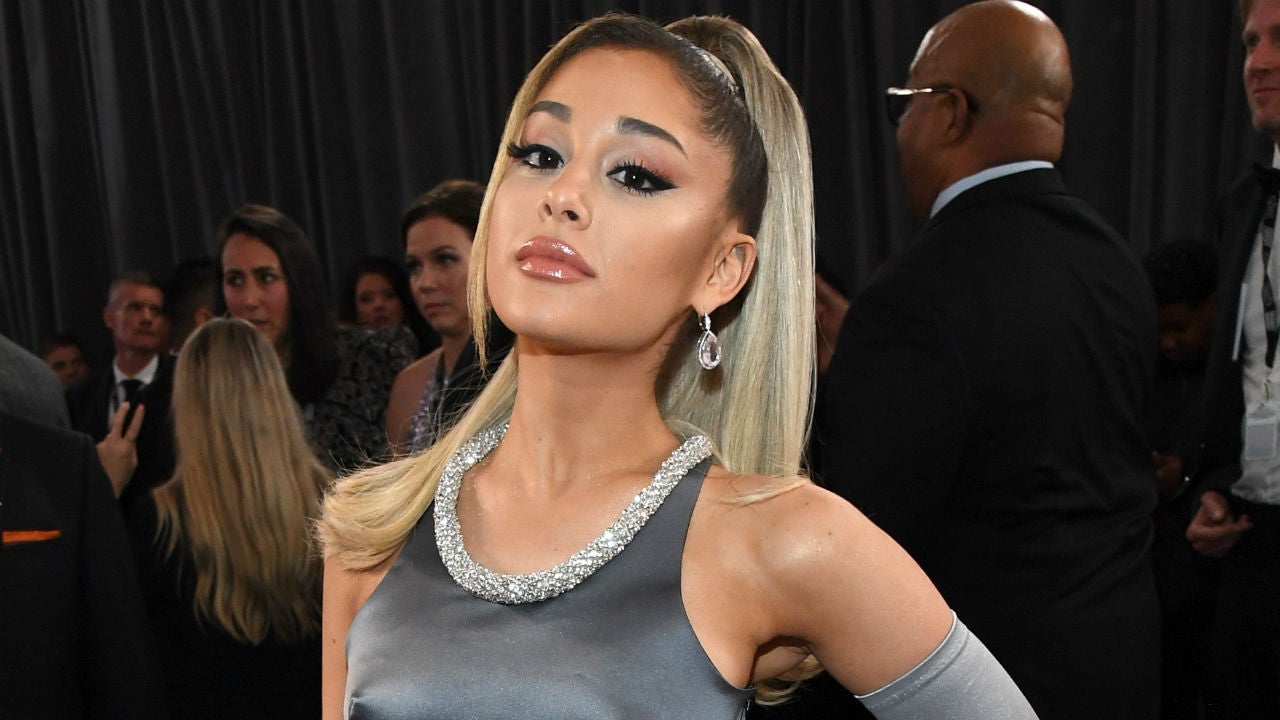 Ariana Grande, the famous superstar pop vocalist, has not always been known to the public in this way. Between her pop music debut in 2013 and the present day, Grande has been featured in the news as a result of her many dating exploits, her comparisons to singer Mariah Carey, and a tragic bombing that occurred during her touring schedule, among many other instances.

But how did Grande’s career begin, and what are the intricacies of her personal and professional story while living in the limelight?

Theater seems to be the bridge between Ariana’s singing and acting careers, beginning with the Fort Lauderdale Children’s Theater, with her first role in the musical Annie, with Ariana in the lead role.  Musicals continue to be a forum for her growing talent, joining the casts for theatrical adaptations of The Wizard of Oz and Beauty and the Beast.

At the very young age of 8, Grande performed at a karaoke lounge on a cruise ship, catching the attention of the famous singer Gloria Estefan who encouraged her to keep pursuing singing.

Ariana Grande sang with various orchestras like South Florida’s Philharmonic, Florida Sunshine Pops, and Symphonic Orchestras. Ariana continued her early creative drive and moved towards her first national television appearance singing “The Star-Spangled Banner” for the Florida Panthers while she was still a student at Florida’s Pine Crest School

Ariana Grande was totally serious about her music career by age 13, although she still concentrated on theater. As soon as she set foot in Los Angeles, California, to have meetings with managers, Ariana confidently expressed how badly she wanted to record and release an R&B album.

In 2008, Grande was cast in the supporting role of cheerleader Charlotte in the musical 13

on Broadway, and she ended up winning a National Youth Theatre Association Award. Once she was officially a part of the musical, Ariana left North Broward Preparatory School, but she remained enrolled. The school would send her materials so that she could continue to study with tutors.

A year later, in 2009, Ariana was also cast as Cat Valentine on the Nickelodeon sitcom Victorious, which premiered to the second-largest audience for a live-action Nickelodeon series in the network’s history. After the season wrapped, it was off to the recording studio to begin putting together her debut album.

Ariana Grande got the ball rolling musically with her first musical appearance on the track “Give It Up” that appeared on the soundtrack for Victorious. While filming another Victorious season, she uploaded videos of herself singing hit songs from Adele and Whitney Houston to YouTube, increasing her buzz and recognition.

The hype surrounding Ari’s videos are what sealed the deal on her earning a recording contract from Republic Records. As early as 2011, Grande released the single “Put Your Hearts Up,” though she later disowned the single because she felt that it had far too much of a kiddie feel.

Stepping away from what she felt was too much of a bubble-gum childish flavor, Ariana Grande instead, she preferred to showcase her 2013 single “The Way,” which featured Mac Miller.

She thought that the recording had much more of a mature tone. Her instincts certainly served her right because “The Way” eventually was featured in the U.S Billboard Top Ten and was also certified triple platinum.

When the final episode of Ariana Grande’s show Sam & Cat aired, this was her fond farewell to being a Nickelodeon regular, as she focused more on her burgeoning music career and a reflection of her adulthood. Her second studio album My Everything rolled out hard, hitting the top of the Billboard 200 in its opening week.

Ariana dropped a trio of top 10 singles that originated from the album, putting her in the premium company of Adele as the only woman having three top 10 singles co-existing on the Billboard Hot 100 music chart at the very same time as a lead artist.

It was the first single from her 2013 debut, Yours Truly, which also featured the recordings “Baby I” and “Right There.” Not too long after that, Grande also decided to release a seasonal EP called Christmas Kisses, and begin recording her second album, My Everything.

The lead single “Problem,” which featured rapper Iggy Azalea, peaked at number 2 on the U.S. charts and was certified double platinum. By the time Grande had released the album’s fifth single “One Last Time” in early 2015, My Everything had sold nearly 600,000 copies.

One of Grande’s most notable attributes as a singer is her dazzling soprano vocals and incredible range. She’s so talented that it’s shocking to believe that Grande does not have any formal vocal training.

Ariana admits that “Music just kind of happened, I never really trained for anything.” While she played French horn and learned music theory as a youngster by way of reading sheet music, she claims that she learned how to sing by ear. The key to her vocal development was using music to create voice impressions of other artists.

She has also been known to showcase her impressions publicly – as in the case of her Jennifer Lawrence impression on Saturday Night Live and her Britney Spears and Christina Aguilera impersonations on The Tonight Show Starring Jimmy Fallon.

A Change of Faith

Among Grande’s closest friends is her half-brother, Frankie. Like Ariana, Frankie is also a professional vocalist as well. As Grande came into her fame, she also struggled with how her brother was treated following his admission that he identified as gay.

Even though Ariana Grande grew up in the Roman Catholic religious faith, she began questioning it when her brother’s admission of being gay became a problem to the church.

This prompted Ari to explore the issues at hand, and eventually, she chose to get involved with the Kabbalah faith that has been popularized by high profile members like Madonna and Demi Moore. Both Grande and her brother both became connected with it after visiting a Kabbalah center that was being built in Florida.

In 2016 Grande officially began her Dangerous Woman tour. One of the stops on tour was

The bombing was declared the worst in U.K. history since the London Underground attacks in 2005, which killed 22 people and injured over 100.

The event was a star-studded charity concert that featured performances from artists such as Katy Perry, Coldplay, and Justin Bieber. As the benefit concert came to a close, Grande took to the stage and performed a triumphant, tearful rendition of “Over the Rainbow.”

As a result of the concert, Grande was able to raise $3 million dollars for the Manchester Emergency Fund. In response, the city named Grande its first-ever honorary citizen. Following the benefit concert, Grande decided to resume the Dangerous Woman Tour, which concluded in Hong Kong that September.

While in the public eye, Grande has been linked to many high-profile relationships, including the likes of Nathan Sykes (of The Wanted), Graham Phillips, Big Sean, and Pete Davidson. Perhaps her most intimate and heart-breaking romance was with rapper Mac Miller, who she dated for two years prior to dating and becoming engaged to Davidson.

And yet despite the beauty of their relationship, the two broke up after their two-year-long commitment. Grande took to Instagram to confirm the rumors.

As if that was not devastating enough, fans on Twitter were not entirely kind to Grande. In particular, some fans even blamed the breakup for Miller’s relapse. Grande was noticeably upset by the accusations stating on social media:

“I am not a babysitter or a mother, and no woman should feel that they need to be. I have cared for him and tried to support his sobriety and prayed for his balance for years (and always will, of course), but shaming/blaming women for a man’s inability to keep his s*** together is a very major problem.”

Media outlets became increasingly fascinated by the breakneck pace of their romance and grand, public, and sometimes bracing displays of affection between the two. By June 15, 2018, the couple announced that they were engaged.

By August of 2018, news outlets were reporting that Mac Miller had died at the young age of 26.

Media outlets reported that Miller, who had released his own fifth album, Swimming, that same month, died of a drug overdose in his Los Angeles home.

Despite the perception that Grande’s relationship was going well with Davidson, the engagement was fairly short-lived. By October 14, 2018, Davidson had called off the engagement after Mac Miller’s death clearly had consumed Ariana’s emotions and became an extremely difficult situation for her.

Media outlets were shocked by the end of the relationship especially given Davidson’s many romantic gestures, particularly his waxing on during his work on Saturday Night Live and the purchase of the couple’s pet teacup pig.

Tabloids suggested that Miller’s abrupt death was a factor, while other journalists claimed that Davidson had exploited his newfound fame. Either way, you look at it, Miller definitely played a critical part in Ariana’s heart.

By 2019, Grande had enjoyed the success that came from a number of album releases, including her contribution to the Charlie’s Angels original motion picture soundtrack. She also enjoyed greater success with her non-LP single “Thank U, Next,” which quickly became an internet sensation and shot to number one across the globe. The same was true of her follow-up single “7 Rings.”

Each song would be featured on her 2019 full-length album Thank U, Next. Mere months after the release of Thank U, Next, Grande was featured on a series of collaborations, including “Monopoly” with Victoria Monet, “Boyfriend” with Social House, and the Charlie’s Angels reboot theme “Don’t Call Me Angel” with Miley Cyrus and Lana Del Rey.

Ariana Grande is young enough to assume that she is just getting started, with a music career that can be stretched like the Janet Jacksons and the Madonnas of the world if she so chooses. Being able to bounce between singing, dancing, and acting gives Ariana Grande the broad range as an entertainer that can keep her on television, in recording studios, on international tours,and on Broadway stages for many years to come. Her caring heart, her cute appearance, and her magnetic connection with her loyal fans shows that she is dedicated to giving her all to all of the millions of people around the world that have given so much to her in return. Ariana Grande is a name that already has the word ‘large’ embedded in its translation, and it is already translating into a huge career.