Cardi B: The Full Profile 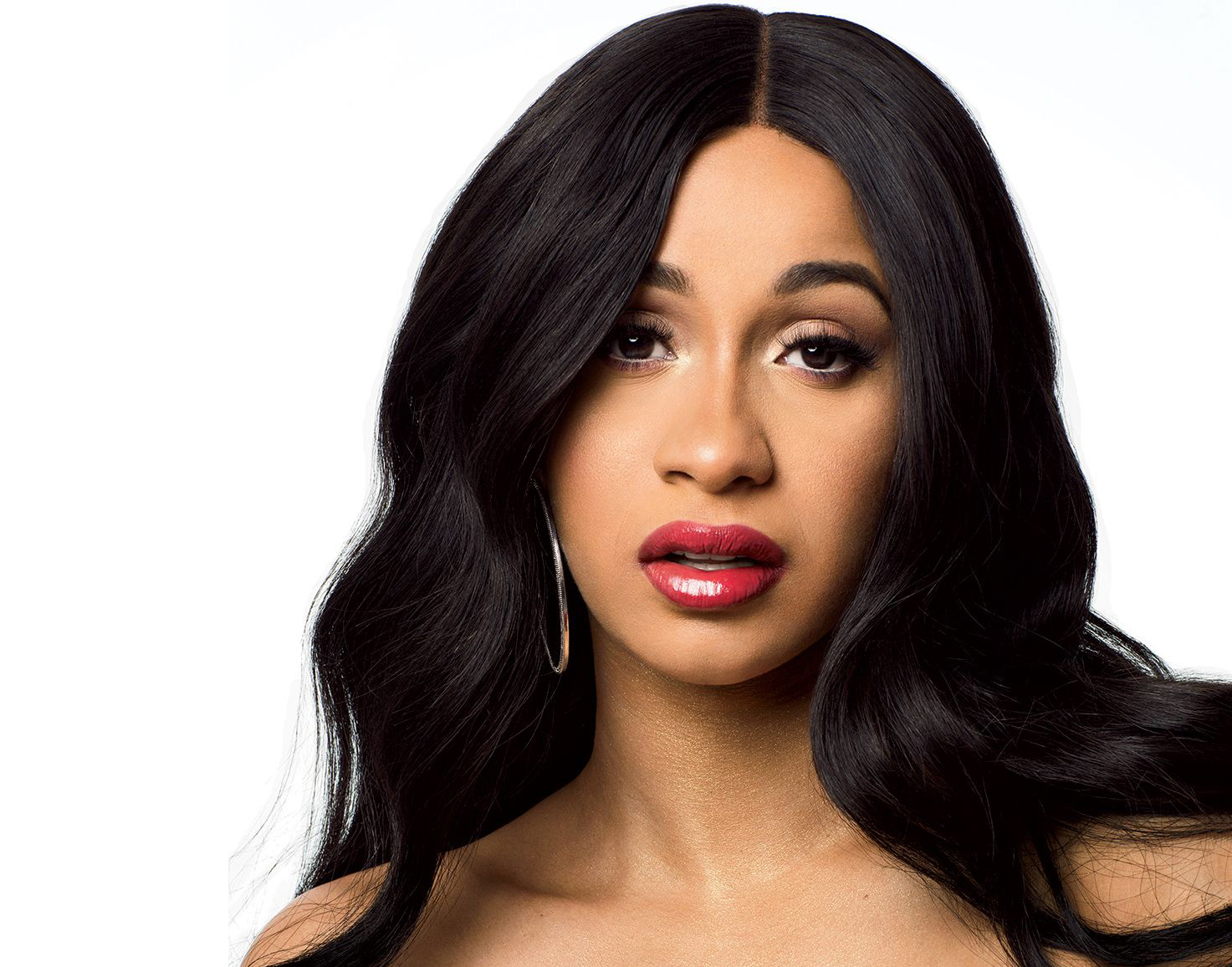 When reading about rapper and television and film star Cardi B, it’s clear that this young woman has had an extraordinary rise to fame. First coming to mainstream popularity as a result of her catchy single “Bodak Yellow,” Cardi B’s acclaimed career has been filled with drama, rollercoaster love, childbirth, and breaking records one hit after another.

Beloved to her many fans, haters, and millions of social media followers for her off-the-cuff commentary that spares no feelings, Cardi B is lauded for being funny, entertaining, and entirely relatable. But who exactly is Cardi B, and how did she ascend into the highest ranks of popular culture? We’ve got all the details on how Bronx’s Belcalis eventually became world-renowned Cardi B.

Cardi B was born under her given name of Belcalis Almanzar in the South Bronx, New York City, to a Trinidadian father and Dominican mother. Her first and last name, both Spanish translations of Arabic words, mean Queen of Sheba (Belcalis) and watchtower or lookout point (Almanzar). Raised in Highbridge, South Bronx, Cardi B grew up in a multicultural neighborhood, though it was mostly Latino demographically speaking.

Whether as a child or an adult, Cardi B continues to hold pride for growing up in her South Bronx neighborhood, stating to AM New York:

“It’s a great experience [growing up in the South Bronx]. I wouldn’t be able to rap about the things that I rap about now [if I hadn’t grown up there].”

Growing up, Cardi also had a sister – who today goes by an equally famous name of a prestigious cognac brand. Cardi’s younger sister is named Hennessy, a name that Cardi claims her father gave her sister.

As the two grew up in Highbridge, they came to be known to their friends as Cardi (short for Bacardi, the famous rum drink) and Hennessy. Eventually, her name would get shortened to Cardi – the name that she now goes by as her stage persona.

A Life of Stripping

One of the more commonly known facts of Cardi B’s life prior to her days as a star is the fact that she worked for many years as a New York City stripper. Cardi claims that when she was nineteen, she was fired from her position at the Manhattan deli.

Her manager at the time advised her that she should think about trying an alternative career path. As Cardi remembers it in an interview with The Fader, she claims he told her:

“You’re so pretty; you got a nice body.”

He then told her she should consider walking across the street to New York Dolls, a famous New York City strip club. And as the story goes, that’s when she started stripping, and the rest is history. While she has since shared this story in many interviews, this was not the story that her mother knew while Cardi was collecting an income by dancing.

Instead, Cardi decided to lie to her family and tell her mom that she was making all that money by babysitting. In an interview with Khloe Kardashian on one of her social media platforms, Cardi claims that she told her mom:

“Mom, these white people are so rich, and they just want me to take care of their kids. They’re like eight and nine, and I help them with their homework, and they pay me like $100 a day.”

Cardi claims that her mom bought the lie and was ecstatic that she was making so much money. That said, Cardi also recalls that stripping was not an entirely positive experience in spite of all the income she was collecting. First, she had to alter her body in a way that could have detrimentally harmed her.

During an interview with GQ, Cardi B admitted that one of her first aesthetic procedures, butt implants, could have very literally killed her. The implants, which cost $800, consisted of illegally injected silicone that came with very unsavory side effects. Cardi B claimed:

“It was the craziest pain ever. I felt like I was gonna pass out. I felt a little dizzy. And it leaks for, like, five days.”

Years later, Cardi had hoped to revisit the woman who injected the silicone to get a touch-up, but she found out that the woman’s operation had been shut down following the death of another client. Aside from her implants, in an interview with Vlad on VLAD TV, Cardi also claimed that she joined the world of stripping in order to escape an abusive relationship that she was in at the time. Cardi B explained to Vlad:

“I was living with my boyfriend, who was beating my ass. Stripping gave me my own money to leave him.”

With this new-found financial freedom, Cardi began investing her money. Eventually, she was able to use her saved resources to jump-start her Rap career and make her own mixtape.

Once Cardi B began investing in her Rap career, she was well on her way to completing her first mixtape, Gangsta B**ch Music, Vol. 1. Her first tape was meant to be raw and aggressive in its delivery.

Many suggested that Cardi B reminded them of some of the female rappers of Hip Hop past: Lil’ Kim, Nicki Minaj, and Foxy Brown, all of whom Cardi has admitted she admires. While working on her mixtape, Cardi B also became one of the featured cast members of the sixth season of VH1’s Love & Hip Hop: New York in 2015.

While filming, one of the core storylines was Cardi B’s deep desire to become a success in the Rap music world. Cardi B quickly became one of the most identifiable and relatable characters on the show. She certainly was entertaining – especially in the after-show episodes where she was known to throw an expensive shoe or two at her castmates.

Despite her popularity on the show, Cardi B decided to make the hard decision to leave the show after her two-year contract for working on the series had ended. Cardi B told her fans on social media that she wanted to leave the show to pour more attention into her music career.

A year after her television debut on Love & Hip Hop alongside the likes of rappers Remy Ma and Joe Budden, Cardi also made her musical debut alongside dancehall performers Popcaan and Shaggy. She would also begin to gain notoriety in the mixtape circle with memorable singles like “Cheap A*s Weave.”

As she had hoped, Cardi B’s mixtape Gangsta B**ch Music, Vol. 1 dropped in early 2016, and a second mixtape followed in 2017. Not too long after the release of Cardi B’s second mixtape, Cardi B had signed a multimillion-dollar record deal and released what is perhaps her best-known single: “Bodak Yellow.”

Not only was “Bodak Yellow” Cardi B’s breakout and debut single, but it was the beginning of her meteoric rise up the charts. “Bodak Yellow’s” greatest historic achievement was that the record made Cardi B the first solo female rapper to lay claim to a number one hit since Lauryn Hill’s 1998 single “Doo Wop (That Thing).” As a result of the single, Cardi B also became the fifth female rapper in history to have a debut album sit at the top the charts.

Now with a contract with Atlantic Records, a chart-topping single, and a top spot on the Billboard charts, Cardi B looked unstoppable. She continued to make hit singles with a number of her successful peers: Bruno Mars, G-Eazy, Migos, 21 Savage, Nicki Minaj, Ozuna, J Balvin, Bad Bunny and Selena Gomez among others. Whether it was “MotorSport,” “Bartier Cardi,” or “Finesse,” Cardi was topping charts all over the globe and crossing over into a number of chart genres.

By 2018, Cardi B would release her official debut studio album, Invasion of Privacy – a reference to how her world had so rapidly changed in terms of privacy since becoming famous. Not only was Cardi B famous by the time of the album’s release, but she was also pregnant with her partner’s child – rapper Offset of the Migos.

The album Invasion of Privacy went on to become an instant chart-topping hit, was filled with a number of features, including rappers Migos, Chance the Rapper, and YG; R&B songstresses Kehlani and SZA, and Latin trap stars Bad Bunny and J. Balvin.

Her most famous track on the album, “I Like It Like That,” featuring Bunny and Balvin, made a steady climb up the Hot 100 chart and was very literally the song of the summer, making Cardi the first female rapper to achieve two number one songs in a single season.

Not only was Cardi B topping the chart with her own album material, but Cardi was also featured on really big hit singles with Jennifer Lopez and Maroon 5. Card B also had the chance to work with R&B superstar Bruno Mars, not once, but twice. The first time on a remix of Bruno Mars’ hit single “Finesse,” and the second time on their joint single “Please Me.”

The first joint effort was not at all planned in advance. After the two musicians met at one of Bruno Mars’ “24k Magic” LA shows at 3 am, the two immediately decided to work together. They didn’t wait to pull together the collaboration – instead, they began recording the single that same night.

By the end of 2018 and well into 2019, Cardi B was nominated for multiple Grammy Awards, of which the album went on to win a Grammy for Best Rap Album. She also won five trophies at the 2017 BET Hip-Hop Awards, including Best New Hip Hop Artist and a well-earned Hustler of the Year.

Every story needs a love story – and lucky for Cardi B, she’s got one. Cardi B claims that while it took her quite some time to warm up to her now-husband, rapper Offset of the Rap trio The Migos, they are now incredibly in love.

Cardi B claims that she was initially worried about starting a romance with the rapper because Cardi was worried that he was only interested in sex and didn’t necessarily want to start a long-term romance with her. Once she was convinced of his genuine interest, the two started dating in 2017.

After dating for a short while, Offset proposed to Cardi B in 2017 during Power 99 Radio’s Powerhouse concert and showcased an eight-carat pear-shaped engagement ring for the entire world to see. A custom-made ring, experts estimate that it costs a total of $550,000. The two would later have a daughter together, Kulture Kiari, in July 2018. Cardi B claims that Kulture’s name is a tribute to her husband.

Along with her fame as a musician, Cardi B has also been recruited to the world of film by a fellow citizen of the Bronx – famous pop singer and cross-over Latin star Jennifer Lopez. The film in question was Hustlers – the story of a group of strippers who find a way to make it through an economic downturn.

According to Lopez, while she was learning – she claims it was actually a struggle – to pole dance, she suddenly got the great idea of calling Cardi B to ask her for lessons and whether she might be interested in starring in the film alongside the pop star. Lopez called her and said:

“You have to be in this movie. You know this world. You could teach us.”

Cardi agreed to join the cast, and once she was working alongside the other actors, many claimed that she was a natural.

With the world wrapped up in her hands with a hit television show, hit songs, and a hit movie under her belt, Cardi B knows how to speak her mind and keep people’s attention.