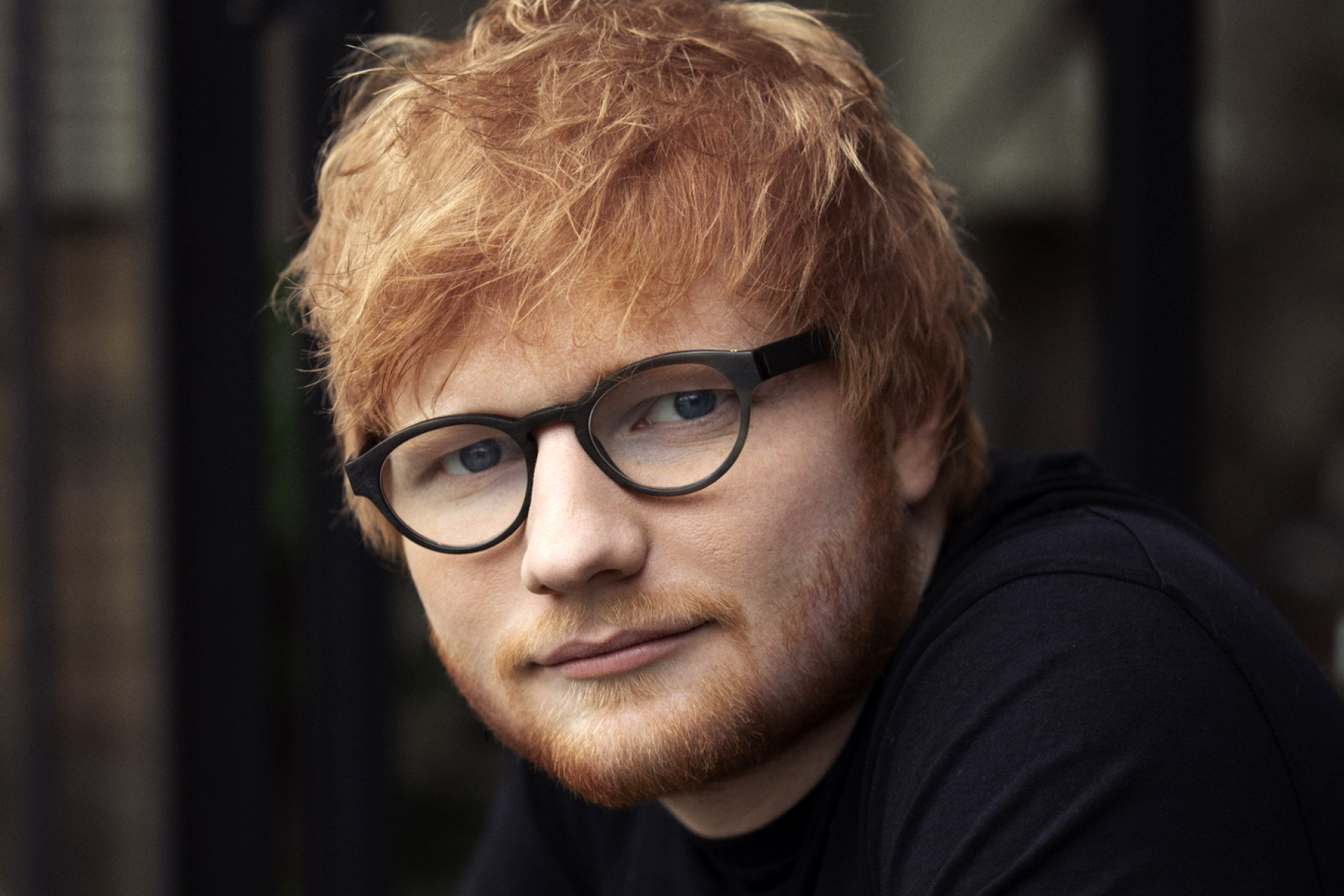 No matter which area where you find yourself on the globe, one of the things you can be certain of is the massive star that Ed Sheeran has become during the 2010s. He may very well be the quintessential pop star – a singer/songwriter working across sonic boundaries and creates art that is both idiosyncratic and personal.

Whether it’s borrowing from elements of folk, hip-hop, pop, dance, soul, and rock, Sheeran has dominated the charts with such chart-toppers as “Thinking Out Loud” and “Shape of You.” But how much exactly do you actually know about the elusive pop star? We’re here to get you better informed.

Born Edward Christopher on February 17, 1991, Sheeran grew up in Halifax, West Yorkshire, with his parents John and Imogen Sheeran. Ed’s father worked as a curator at Cartwright Hall in Bradford, and his mother worked at Manchester City Art Gallery.

Given his arts-prone parents, it was no surprise that Sheeran also had an artistic brother – Matthew, who works as a composer. Between the years 1990 and 2010, Sheeran’s parents also ran Sheeran Lock, an independent art consultancy.

As a young boy, Sheeran quickly took to music and joined the local church choir at the early age of four. By 2000, Sheeran was already learning to play the guitar after he was given a guitar by his uncle. Surprisingly enough, however, Sheeran had challenges with one important music tool: his ears. In an interview that Ed Sheeran had with the BBC he stated:

“Well, I was born without an eardrum in that ear. I got it replaced when I was 11, then I burst it when I was 18 and again [when] I was 24. It’s actually quite a common thing, so I wasn’t worried. I only have about 25% hearing in that ear anyway.”

As he continued to learn guitar in his youth, Sheeran and his family decided on Framlingham, Suffolk, where he enrolled at Thomas Mills High School in Framlingham. As a young child, Sheeran was enthralled by the classic rock he heard around the house, and as a result, he began writing music in his early teens and busking on the streets and whatever stage he could find.

A 2004 school report described Sheeran as a “natural performer,” and interestingly enough, many of Sheeran’s classmates in school also voted him “most likely to be famous.” When Ed was 16, he completely dropped out of school and relocated to London to pursue a professional career, landing work as a guitar tech for Nizlopi and gigging whenever he could.

In that same year, he began independently recording his first album Spinning Man by recording his music and burning it onto CDs. By 2007, Sheeran was studying Artist Development with Access to Music.

One year later, he would move to London, where he would play his music for small audience venues. While living in London, Sheeran auditioned for the TV series Britannia High, but he was not successful at getting hired to be in the show.

By the later 2000s, Sheeran would independently release his EP You Need Me and use the online music company SB TV Global Ltd and YouTube to share his music publicly. As a result, Sheeran began becoming fairly popular with his growing fanbase.

Over the next few years, Sheeran would continue releasing his independent EP music projects: Ed Sheeran: Live at the Bedford, Loose Change, Songs I Wrote With Amy (featuring Amy Wadge), and No. 5 Collaborations Project which reached number 2 on the iTunes chart and number 46 on the UK album chart.

Sheeran started to generate so much buzz from his music that musician/actor Jamie Foxx went as far as to invite him to appear on his Sirius/XM radio show. This would be the moment that eventually landed him his record deal. By 2011, Sheeran would sign his first recording contract with Asylum Records as well as a contract with Elton John’s management team.

A Star In The Making

Once Sheeran released his first single “The A-Team” from his forthcoming album + with Asylum Records, he would lay witness to a record that would reach number 3 in the UK and number 9 in the US charts.

As Sheeran began gracing stages at events like the Glastonbury Festival, the Diamond Jubilee of Queen Elizabeth II Concert, and the Summer Olympics Closing Ceremony in London, he continued to release recording after recording that charted in both the UK and US.

This fame led to other writing opportunities for other noted pop artists such as Taylor Swift and One Direction. Ed Sheeran’s momentous success soon spread to Australia, Europe, Canada, and then the United States. By 2012, Sheeran was so celebrated that he won the Brit Award for Best British Male Solo Artist and the award for British Breakthrough Act of the Year at the yearly award ceremony, and an Ivor Novello Award for his song “The A-Team.”

While he received a popularity boost by opening for Snow Patrol in 2012, it was his first-ever US tour, a six-month stint as support artist for Taylor Swift’s Red Tour, and three sold-out Ed Sheeran concerts at Madison Square Garden in New York City that really catapulted his fame.

He would later receive a very strongly worded endorsement from Swift – one of the major reasons he was able to land the ability to do the closing credits song “I See Fire” for the feature-length film The Hobbit: The Desolation of Smaug.

Ed Sheeran’s luck with song-writing continued as he began writing for artists like Justin Bieber. So too did his luck with awards. In 2015, as his recording “Photograph” climbed the charts, Sheeran won for best British Male Solo Artist and Best British Album (x) at the Brit Awards and an Ivor Novello Award for Songwriter of the Year.

He was also asked to co-host the 2015 Music Video Awards in Toronto, Canada, where he performed his singles “Thinking Out Loud” and “Photograph” and won the award for Best International Artist. By the summer of summer 2015, Sheeran was doing so well that he decided to found the record label Gingerbread Man Records.

Ed Sheeran was also awarded an honorary degree from the University of Suffolk for his contribution to music. In 2016, Sheeran’s luck continued with his Grammy Awards for Song of the Year and Best Pop Solo Performance.

This ongoing schedule, glamorous as though it seemed, did have its drawbacks. Sheeran was constantly working and found that he began to drink an awful lot and smoke. In an interview with Rolling Stone, Sheeran discussed the worry that developed from his frequent songwriting partner Johnny McDaid.

Sheeran claimed that McDaid was especially worried when he Sheeran at a 2015 show in Hollywood. McDaid told the journalist:

“He was just go, go, go. I sat him down and said, ‘Look, man, please have all the fun in the world. But be careful because if that elastic snaps, it could take a long time to recover from it.’”

Along with putting on weight, he also lost some friends who began inquiring about his wealth following the publication of The Forbes list in 2015, which claimed that Sheeran had made $57 million dollars that year.

“I was getting texts from people with pictures of cars going, ‘I’d like this for my birthday, please. This one’s only .06 percent of your annual income.’”

As a result, he decided to get rid of his phone that year, and instead decided to use an Apple iPad to communicate with people, and a flip phone designated especially for those close family members.

Learning to Cope with Fame

Unfortunately, the very top of 2017 brought Sheeran a bit of trouble over allegations that he had plagiarized the song “Amazing,” which was written for artist Matt Cardle. Thankfully, Sheeran was able to settle the issue out of court after the lawsuit was filed.

His year began to take a turn for the better, particularly following the release of his single “Shape of You,” which reached number 1 on both the UK and the US charts. As he continued to release recording after recording, Sheeran consistently enjoyed Top 10 success in both the US and Europe.

His success even continued beyond music – so much, so he was asked to play a cameo role in the now-legendary television series Game of Thrones and made a Member of the Order of the British Empire (MBE).

When the BBC asked him in 2017 what had been the high point of the past five years of his career, Sheeran stated:

“I think this year is going to be the high point. I have a feeling about it. Seventeen is my lucky number, and everyone was scared of releasing albums around me released them all last year – people like Beyonce and The Weeknd and Bruno Mars.”

And while their engagement was relatively public, by August 2018, Sheeran hinted in interviews that he had married Cherry Seaborn in a private ceremony. By 2018, it was clear that so many of his romantic tunes were about Cherry, whom he has known since high school and then reconnected with at an after-show party in New York.

While Cherry and Ed kept their relationship a secret from the public for a full year, fans and lovers of popular culture soon discovered their secret when Taylor Swift invited them to her notorious Fourth of July party in Rhode Island. At the party, one of their mutual friends took a photo of the lovebirds and uploaded it to Instagram. The photo included a picture of a banner celebrating the couple’s one-year anniversary.

And yet, while much of 2018 was full of love in the year, by the end of the year, however, yet another lawsuit was filed against Sheeran. This time, the heirs of the co-writer of Marvin Gaye’s famous recording “Let’s Get It On” claimed that Sheeran had copied parts of the song.

By the top of 2019, Sheeran begins collaborating with a plethora of pop music’s most famous acts: Justin Bieber, Chance the Rapper, Khalid, Bruno Mars, Camila Cabello, Cardi B, Travis Scott, Stormzy, and Burna Boy. When asked by Euro Channel about his success, Sheeran stated:

“I haven’t really had a stable life, fixed address, or stable kind of job since I started, which is around 16. So the success that I’ve had… I’m still doing the same thing that I was doing when I was 16, I am still playing music and doing gigs, so I just get to travel the world and get paid for it, so it’s not different, to be honest.”

Ed Sheeran admitted to Rolling Stone Magazine holding on to a semblance of normalcy has been really important to him, especially as his fame increases. While this can be difficult, he tries his best to continue hanging out with old friends and family.

Ed Sheeran has the heavy-duty hits, the eventful history, and the major momentum to keep adding onto his impeccable resume of musical highlights. He has been creating music and pursuing his destiny as if he already knows that this is how the story is supposed to go for him.