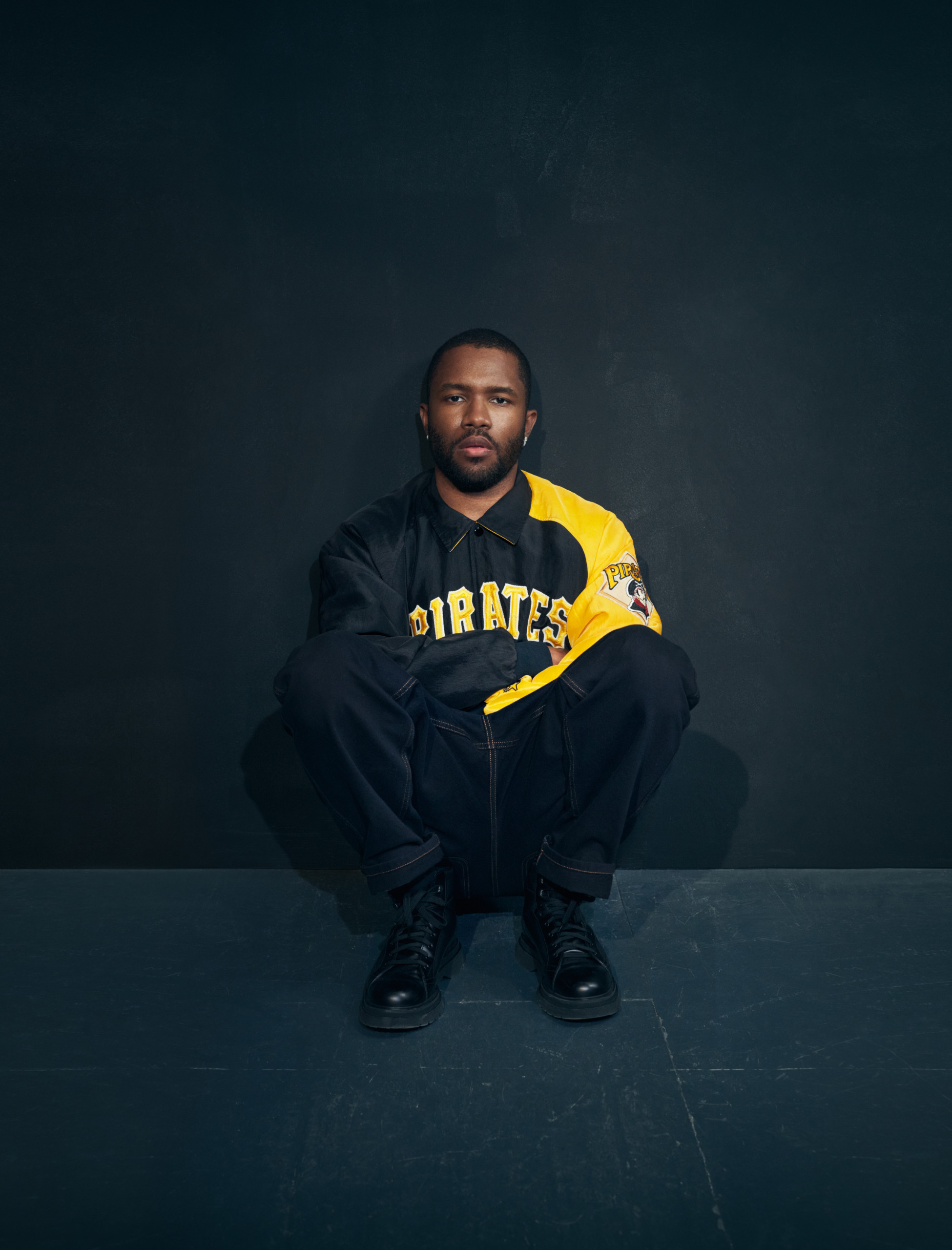 Odd Future was quite the creative force in the 2010s. The outspoken collective of millennial hip hop artists, producers, and singers brought forth an eclectic do-it-yourself rebellious take on youth culture, with a punk rock energy surging through any stereotypical barriers in front of their African American identities.

Along with stand-out members past and present such as Tyler, The Creator, Earl Sweatshirt., Syd Tha Kyd, Casey Veggies, there was also the dynamic audio artistry of Frank Ocean who became widely recognized as an alternative R&B vocalist and engaging storyteller for something of his that is usually more associated with rappers than singers – a mixtape.

Find out how Frank Ocean grew from his ground-breaking nostalgia, ULTRA mixtape to a modern mystery, capable of maintaining a mystique as Prince did in the 1980s, even though we are living our lives online in a digital age of information and data overload.

The funny thing is that Frank Ocean was actually born in Long Beach, California, on October 28, 1987, under his birth name of Christopher Edwin Breaux, but he grew up in New Orleans since age 5, and then wound up moving right back to the west coast later in life, parking himself in Los Angeles to be exact. Towards the end of Frank Ocean’s teen years, his reunion with California was to pursue a career in music. But before that would happen, the struggle was real for him in New Orleans. He has explained how his mother worked as a residential contractor and got her master’s degree with special honors from the University of New Orleans. All of this happened while her father had to become a father figure to Frank to make up for his biological dad’s absence.

The young Christopher Edwin Breaux (pre-Frank Ocean) spent the majority of his time growing up in New Orleans, exposed to the jazz scene, listening to his mother’s CD collection that included Celine Dion, Anita Baker, and also the soundtrack to The Phantom of the Opera. He later frequented New Orleans jazz, gaining the inspiration to record his own music. Determined as a teen to raise funds for recording time, he washed cars, mowed lawns, and walked his neighbors’ dogs.

Upon his high school graduation in 2005, he enrolled at the University of New Orleans, but there was a major disruption to that trajectory, in August of that year, Hurricane Katrina hit and became a force of destruction in his region. The facility where Ocean was recording was flooded and looted.

“It’s about the stories. If I write 14 stories that I love, then the next step is to get the environment of music around it to best envelop the story, and all kinds of sonic goodness – sonic goodies.”

What did that consist of first? In a really cool way to be honest. Ocean began ghostwriting songs for legit pop stars such as Justin Bieber and Beyoncé. But these behind the scene work-for-hire opportunities didn’t make him famous, his innovative mixtape titled nostalgia, ULTRA took care of that for him. Keep in mind that even though nostalgia, ULTRA came out in 2011, Frank Ocean had already been signed to the A-List Def Jam record label since 2009.

What was it like for Frank Ocean to get back closer to the Pacific Ocean? His intention of a temporary trip to make a music career happen went from a job processing insurance claims and making fast food sandwiches to securing a songwriting deal, collaborating with music producers, contributed to the writing of the Justin Bieber track “Bigger,” and even co-writing “I Miss You” with the one and only Beyoncé Knowles.

The world around Frank Ocean would shift for the better when he released a mixtape titled nostalgia, ULTRA. The purposeful lowercase spelling of “nostalgia” juxtaposed against the all capital letters presentation of “ULTRA” showed that Frank was all about the details that add up to a memorable aesthetic that could cut through the saturation of cookie-cutter music being mass-produced.

The release of nostalgia, ULTRA, started as a free download made available on his personal Tumblr social media page. This was done without even informing Def Jam. Why take such a risk in the first place? Ocean felt that Def Jam had signed him but was dragging their feet when it came to taking the young man’s career seriously.

The project featured an interesting blend of originally composed music with a bevy of samples that came from rock groups like MGMT, the Eagles, and Coldplay. Wide acclaim for nostalgia, ULTRA would come fast and furious, from BBC, NPR, and also Rolling Stone. Thanks to the publicity love swirling around for nostalgia, ULTRA, Frank Ocean, was now in a position to create music with legends of the game, such as Jay-Z and Kanye West for their major duo project, Watch the Throne. Frank Ocean served the epic project in the capacity of co-writer on two songs: “No Church in the Wild” and “Made in America.”

Frank Ocean wasn’t done with the lowercase/capital letters look of his album titles when he followed nostalgia, ULTRA with channel ORANGE, this time with the Def Jam label onboard. In June 2012, he shared a new track called “Pyramids,” and the launching pad once again was his Tumblr page online. The next month he went on to perform on Late Night with Jimmy Fallon, known for having Questlove and Black Thought and the entire band known as The Roots backing up musicians that visit the show.

On July 10, 2012, Frank Ocean’s second album, channel ORANGE, was released for download on iTunes a week before it was originally scheduled in an attempt to prevent it from being heavily bootlegged on the world wide web. Frank Ocean’s channel ORANGE album went No. 1 on the Top Albums chart within hours of its availability. In addition, Frank Ocean also made the album available to stream in its entirety on his personal Tumblr site. Then one week later, channel ORANGE was released in all other formats for consumption.

Just like nostalgia ULTRA, channel ORANGE received close to universal critical acclaim, sitting at the top of global music charts around the world, getting Frank Ocean put in comparison conversations with all-time greats like Stevie Wonder and Prince. The album took home the 2013 Grammy Award for Best Urban Contemporary Album. If that wasn’t enough shine on Ocean, his vocals were swimming all over “No Church in the Wild” by Kanye West and Jay-Z, which won the 2013 Grammy for Best Rap/Sung Collaboration.

It would take Frank Ocean four years to return to the spotlight in 2016, and the brightness of the shade was “endless” and the color of his spot like “blonde.” The reason for this description is that Frank Ocean brought his Def Jam contract to an end with a visual album called Endless that leaned pretty heavily on being full of instrumentals. Then the very next day we got what seemed like the real Frank Ocean album, Blonde, but this second one wasn’t through Def Jam, it was released independently through Frank Ocean’s personal music imprint called Boys Don’t Cry.

Blonde debuted at No. 1 and went as far as outselling Def Jam’s hardly available Frank Ocean visual album “Endless,” which Frank’s personally released “Blonde” project was in direct competition with that week. How did this look to the executives in the offices at Def Jam? It came across like Frank Ocean plucked millions of dollars from them, only to compete against them for sales, and beating them. To make matters worse for Def Jam, because of the deal that Frank Ocean brokered with Apple, “Endless” couldn’t be streamed or bought, forcing Universal, the parent company over Def Jam, to announce that they would no longer allow exclusives.

On top of completing what he called a “seven-year chess game” to control his own music — which included repaying a hefty advance and buying back all his masters recordings — Ocean created his magnum opus. “Blonde” is a fully-realized vision with high stratospheric points and virtually zero low points.

Frank Ocean posted an open letter to his website on July 4, 2012, in which he revealed that he had strong romantic feelings for both men and women. Ironically, he made this announcement on Independence Day, which could be read as Frank Ocean celebrating his own independence from being struck, pretending that he isn’t attracted to men in order to make other people more comfortable around him. The response was resoundingly positive from his colleagues in the music business.

Frank Ocean’s famous open letter was initially supposed to be saved for the liner notes on channel ORANGE, which preemptively addressed speculation about his attraction in the past to another man. Ocean published his 2012 open letter about his sexuality on his Tumblr blog that described the feelings that he had for another young man back when he was 19 years old, even calling this his first experience of true love. Frank would also publicly thank his family and friends by saying:

“I don’t know what happens now, and that’s alright. I don’t have any secrets I need kept anymore… I feel like a free man.”

There was a tremendous number of famous celebrities that made it known out loud in public that they had Frank Ocean’s back in coming out as bisexual, including Beyoncé and Jay-Z. Tyler, the Creator, and other members of the Odd Future collective tweeted their support for Ocean, as well as the co-founder of the Dej Jam label that he was signed to – Russell Simmons.

Frank Ocean was deeply saddened by the June 2016 Orlando, Florida mass shooting in a gay nightclub that took the lives away from 49 people. Ocean was inspired to publish an essay that openly conveyed his frustration. Upon reading it, you learn that Frank’s first experience with homophobia and transphobia was with his father when he was six years old.

One of the real fears that weighed every on the brain of Frank Ocean before he decided to jump out of the closet and confirm his attraction to men was that he had heard homophobic remarks from people in his family, including his mother. This worried Ocean, wondering whether or not they would still accept him. Those types of unaccepting remarks towards the LGBTQ community were also uttered by acquaintances of his in the music industry. Would an announcement about living a queer-friendly lifestyle mean that he would become alienated in the entertainment industry overnight?

When it comes to Frank Ocean, you are dealing with a high caliber creative, a singer, songwriter, and producer that crafts music and in during so is able to he also manifest entire worlds inside the emotional stories that he tells. You immediately wonder if Frank was a movie screenwriter in a past life. Frank Ocean doesn’t just settle for a catchy chorus and obvious lyrics that sound like they were the first gut-reaction comments to slide off his tongue.

There is thought and care in Ocean’s songwriting that is used to operate as an interior decorator inside the song structure, adding color and shape to his multi-layered concepts that often have a dual meaning that differs from what the title might be telling you.

This is why Frank Ocean’s music requires multiple listens and rewards the intense fan that returns to their favorite Frank Ocean songs without it ever feeling like a laborious choir.