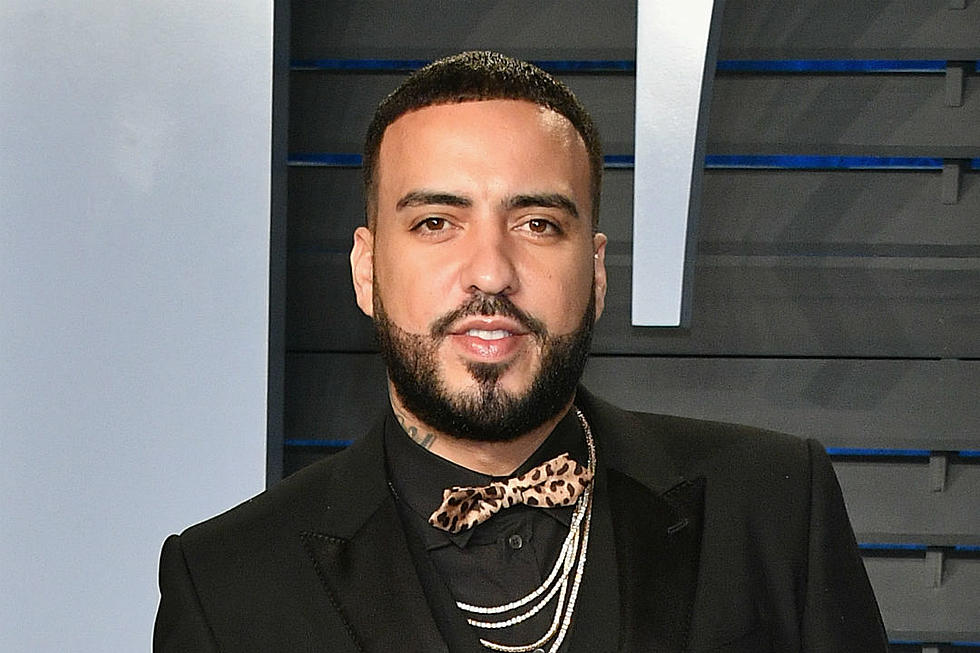 French Montana was born Kharim Karbouch in the city of Rabat, Morocco in 1984. He lived on the family estate outside of Casablanca until the age of 13 when he emigrated to the U.S. He and his family settled in the South Bronx borough of New York City. A few years later, his father returned to Morocco after struggling financially in the big city. His mother stayed behind and raised French and his two siblings on her own.

He devised the moniker “French Montana” because of the heavy French influence he had experienced growing up in Morocco. In 1912, well before French’s time, France established a protectorate over Morocco with the Treaty of Fes, having already taken over Algeria. The treaty allowed France to occupy parts of Morocco, with the promise that the Sultan would be protected and the successorship would continue. Because of this, Moroccan laws are based off of French and Islamic laws, and the government structure is a constitutional monarchy. French influence is also prevalent in the culture: language and architecture. “Montana” is a nod, of course, to Scarface’s Tony Montana, the cocaine kingpin and pop cultural icon that launched a hundred gangster films.

“There’s the whole cocaine connotation from the name of my DVD series with Tony Montana, plus I kind of bear a resemblance in the skin tone,” French explains. “So I tacked that on to the French part and voila, you got French Montana, the macaroni with the cheese!”

Growing up, he was obsessed with rap and soccer. As a teenager, he called himself Young French and entered into rap battles across the Bronx. At eighteen, he and his friend Cams started recording DVDs of these battles called Cocaine City, and they went around interviewing fellow rappers and hip-hop artists in their neighborhood like Pee Wee Kirkland and Remy Ma, featured in the first edition. They also focused on any beefs that might be happening between artists – feuds, bad blood, street fights and altercations.

A year later, in 2003, French was leaving a recording studio in New York when he was shot in the head by a rival crew. One of the gunmen was killed, leading to an investigation of which French was cleared. Police determined the cause of death was “friendly fire” from the assailants. French survived and recovered after several weeks in the hospital, though he worried that the gunmen would come to the hospital to finish the job. He has never identified the shooter except to say that it was someone he had considered a friend, and that he had been set up.

After his career as a street rapper hustling battles and producing Cocaine City DVDs, he finally debuted his first mixtape, the self-released French Revolution Vol. 1 in 2007. Collabs on that 26-track tape included rappers T-Pain, Uncle Murda, Jae Millz, Mazaradi Fox, Tony Yayo, and Rick Ross. “Straight Cash,” featuring Shorty Ol’Face, became his first underground hit. In it, French flexes on his newfound success and the fact that he’s now the breadwinner for his family, and he can provide for his single mother, as well as reflecting on the experience of being shot in the street.  “Took my momma out the hood, straight cash/There’s no engine in the hood, just straight cash/You get killed in the hood, straight cash.”

“Quarter to Eight (Money)” marked his first collaboration with Rick Ross, of which there would be many, including a 2014 single with Puff Daddy. “Waavvy” was the first of many collaborations with Max B.

In 2008, he released his second mixtape, Live from Africa, under Cocaine City Records, which later became Coke Boys Records. It boasted 26 tracks, once again, and featured a remix of “Straight Cash” produced by J. Cardim.

Coke Wave, a collaborative mixtape with Max B., came out in early February of 2009. It received mixed but mostly positive reviews and started a cult following for what would become the Coke Wave series. Complex Magazine called the collab a “strategic alignment” between the two artists and listed it at #33 of their “50 Best Rapper Mixtapes.” Pitchfork listed it as #49 on their “50 Best Rap Mixtapes of the Millennium”. A mere few weeks later, they both released their own mixtapes: French with The Laundry Man and Max B.’s Quarantine.

The Laundry Man ran for 19 tracks, five of which featured Max B. French also brought on Arizona Slim, Paul Wall, and Akon. French released several more mixtapes in 2009: Mac Wit Da Cheese, The Laundry Man 2, and Cocaine Konvicts with DJ Drama. Mac Wit Da Cheese marked his first time working with producer Harry Fraud, on the track “New York Minute” featuring Jadakiss and sampling an auto tuned version of Don Henley’s classic ode to fast living in the big city. It sparked a close friendship beginning with a raid on a Chinatown studio where the pair were recording, when police burst into the building on a hot tip that counterfeit designer bags were being manufactured there.

Their bond was cemented in Fraud’s newly-acquired Brooklyn studio; his production going on to become a staple of French Montana’s work. He next lent his production style to the track “We Playin In The Wind” off of The Laundry Man 2, with an extended version of the song on Cocaine Konvicts.

November 2009 saw the much-anticipated followup to Coke Wave with Coke Wave 2. It included a remix of “New York Minute,” this time featuring rapper Ma$e, who approached French as a fan of the original song.

Mac & Cheese 2 followed in spring of 2010 and featured some big names, including collaborations with Jay-Z, Wiz Khalifa, Nipsey Hussle, Big Sean, Nicki Minaj (hopping on yet another remix of “New York Minute”), Waka Flocka Flame and Chinx Drugz. Around this time French changed the name of Cocaine City Records to Coke Boys Records, and his follow up mixtape of the same name reflected the change.

After several years of regularly releasing mixtapes and making powerful, influential friends and collaborators in the industry, French took to the studio for his first full-length solo album released in May of 2013: Excuse My French. It was co-released with Coke Boys, Bad Boy, Maybach Music Group and Interscope. Three singles came with it, the first being 2012’s “Pop That,” a frenetically-charged drum beat club banger with Luke and 2 Live Crew’s 2001 hit “I Wanna Rock (Doo Doo Brown)” looped in and serving as the chorus, and featuring rappers Drake, Lil’ Wayne, and Rick Ross. Complex named the song #29 on their list of 50 best songs of 2012, and BET hailed it as the #2 video of 2012. It peaked at #36 on Billboard’s Hot 100, but climbed as high as the #2 spot in both the Hip-Hop and Rap Billboard and went double platinum in the U.S. The AV Club panned the track, complaining that French’s vocals were not bombastic enough to match the production booming behind and as a result is “swallowed up by the mammoth, club-crushing beat and overshadowed by his A-List guests.”

“Freaks,” a collaboration with Nicki Minaj (announcing her presence in the first few seconds with her trademark cackling laugh), was the second single from Excuse My French, released on Valentine’s Day of 2013 and produced by Rico Love and Earl & E from Division 1. The song contains snippet samples from Lil Vicious’ “Freaks,” released in 2009. It charted to #77 on the Billboard Hot 100, and rose to #25 on the R&B/Hip-Hop Billboard, reaching Gold record status in the U.S.

In 2017, French’s sophomore album fared much better. Jungle Rules debuted at #3 on the Billboard 200 and sold over 50,000 copies in its first week alone, going certified Gold and receiving generally good reviews from critics. 18 tracks make up the album, with even more notorious features like The Weeknd, Travis Scott, Pharrell, Future, and Young Thug. The cover, a closeup shot of French rocking a fur collar with a hazy Instagram-like filter and a desert sunset vibe, became one of the star’s most iconic images to date. “Unforgettable,” featuring Swae Lee, one of a pair of joint singles released in April of 2017, peaked at #3 on Billboard’s Hot 100, making it the highest-charting single of French’s career, and the first single to hit the top ten.

The video for “Unforgettable” was shot in Kampala, Uganda and showcased the talents of a young group of Ugandan dancers called the Triplets Ghetto Kids. French told Billboard that he saw these kids on the internet while listening to African music, and it reminded him of being their age and growing up in Africa. “I hope that you could see love and energy, smiles on kids’ faces. All those kid dancers live together under one house and all have different parents. It just so happened there was one guy who grabbed all of them together and moved them in with him. Sometimes we get so caught up in the box that we don’t get a chance to see what’s going on in the world,” he went on to say.

French Montana connected with his Muslim roots for his third and most recent album, Montana. He released the album through Epic Records in December of 2019, along with seven singles from it. “No Stylist,” featuring Drake, previously released in 2018 and then added to the album later. The video featured appearances by ASAP Rocky, Cam’ron, Dapper Dan, Young Thug, Luka Sabbat, and Slick Rick. It peaked at #47 on the Billboard Hot 100, #22 on the Hot R&B/Hip-Hop Songs, and #11 on Rhythmic.

“Slide,” featuring Lil Tjay and Blueface, was released in April 2019 along with a music video. It debuted – and peaked – at #90 on the Billboard Hot 100, going for a gold record in the US. The music video attracted particular acclaim, with the rappers sporting giant, flower-crowned Day of the Dead skull masks erupting in colorful fog, all with the industrial background of a warehouse full of cars on hydraulics.

French joined with City Girls for “Wiggle It,” an anthem for twerking that quickly went viral on Tik Tok. He teamed up with rapper Gunna for “Suicide Doors,” the third single off the album. “Writing On The Wall” features both Post Malone and Cardi B, the music video following the artists in a King Kong or Revenge of the 50-Foot Woman predicament as they tower above New York City. “Twisted” is a collaboration with Juicy J, Logic, and A$AP Rocky. “Out of Your Mind” features Swae Lee and Chris Brown. The last two singles off the album, “Lockjaw” (featuring Kodak Black) and “No Shopping” (featuring Drake) were originally tracks off of the fourth mixtape in the Mac & Cheese series.

In March of 2020, French made headlines when an anonymous woman known only as Jane Doe came forward to accuse him of raping her while she was under the influence and blacked out at one of his parties in Hidden Hills. His business partner and “right hand man” Mansour Bennouna is also accused.

The woman claims that she was invited to the recording studio where French and Bennouna were working, and then invited to his residence where she was given alcohol and fell unconscious, following a “lucid” phone conversation. She alleges that between the early morning hours and mid-afternoon, several men came in and out of the bedroom where she was incapacitated and unable to give consent. She recalls regaining consciousness with ”a pain in her pelvis, lower back, and vagina,” as well as Bennouna groping her and rubbing himself against her.

He is being sued for sexual assault, battery, and emotional duress, which he has yet to comment on.