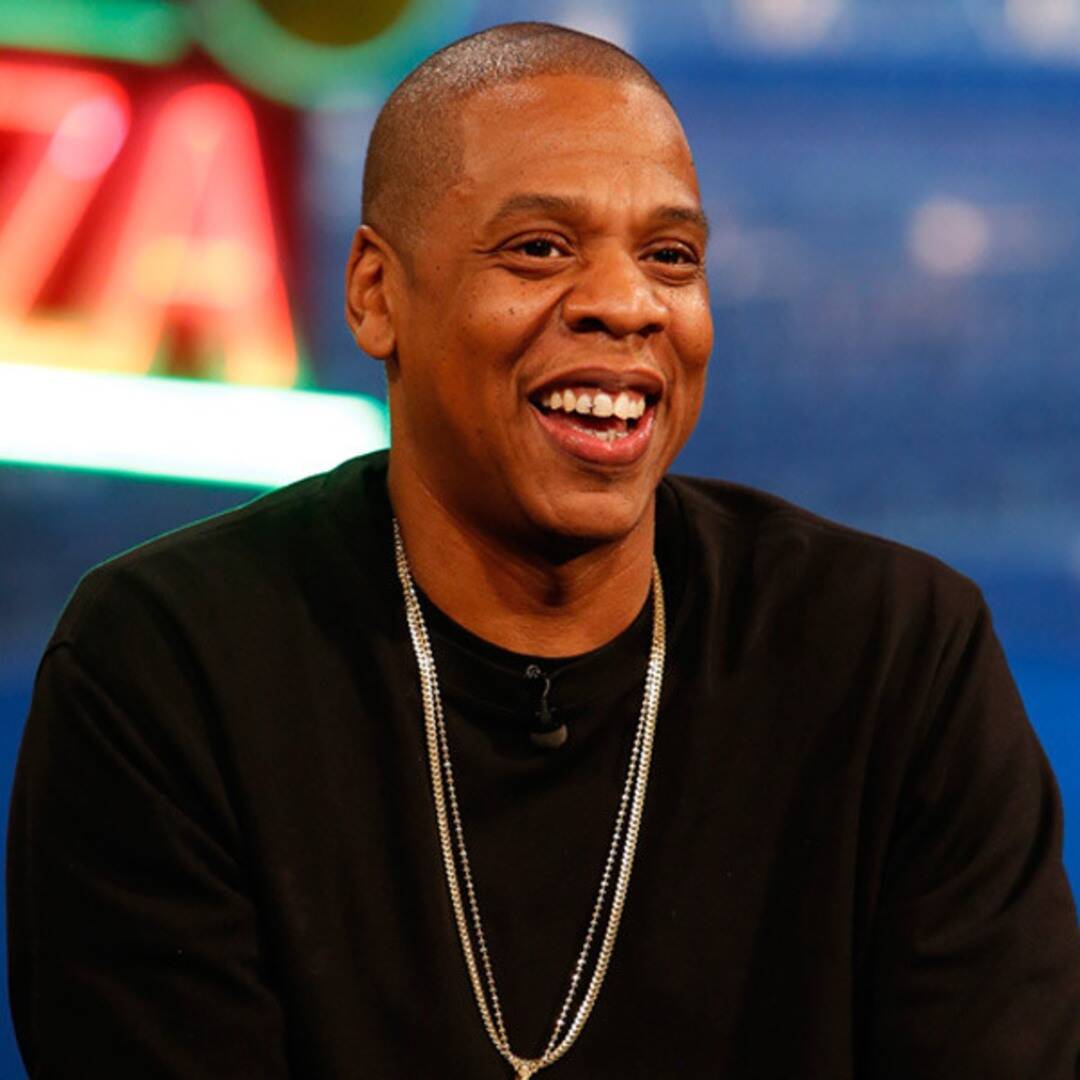 He’s Beyonce’s husband, a successful businessman, producer, award-winning hip-hop artist and rapper: so much can be said about Jay-Z. Read on to find out more about the other half of rap Royalty.

Life Before Fame And Fortune

On December 4, 1969, the man we’d all come to know later in his life as Jay-Z was born in Brooklyn, New York, as Shawn Corey Carter to Gloria Carter and Adnes Reeves. When Jay-Z was 11 years old, his father abandoned the family, leaving his mother to raise Jay-Z and his three siblings, Eric, Michelle and Andrea, on her own.

Known as “Jazzy” in his neighborhood, Jay-Z went to high school with several future famous rappers, including AZ, The Notorious B.I.G., and Busta Rhymes. Jay-Z raps extensively about his time in high school and growing up in Brooklyn’s infamous Marcy Houses. His lyrics from the song “December 4th” recount some of his memories of growing up in the projects:

“A more sicker emcee than my momma would claim

Although through the years I gave her her fair share

I gave her her first real scare

I made it from birth and I got here

She knows my purpose wasn’t purpose

I ain’t perfect I care

Was a kid torn apart once his pop disappeared.”

In the same song, Jay-Z also raps about his experience selling drugs:

“Now all the teachers couldn’t reach me

And my momma couldn’t beat me

Hard enough to match the pain of my pop not seeing me, so

With that disdain in my membrane

Got on my pimp game

F*ck the world my defense came

Then Dahaven introduced me to the game

Spanish Jose introduced me to cane

My gear is in and I’m in the crowd…

“I’m getting ahead of myself, by the way, I could rap

That came second to me moving this crack.”

In 1989, he found a mentor, Jaz-O, who he would later model his stage name after as an homage to the singer. Jay-Z and Jaz-O recorded a song called “The Originators,” which earned them an appearance on an episode of Yo! MTV Raps. After this brief success, Jay-Z began pursuing a career in rap, recording songs under his own record label, and selling the CDs out of his car.

The record label, Roc-A-Fella Records, was formed with his friends Damon “Dame” Dash and Kareem “Biggs” Burke in 1995. Roc-A-Fella records struck a distribution deal with Priority in 1996, and Jay-Z released his first full album, Reasonable Doubt, which he didn’t have to sell out of his car. Reasonable Doubt went on to reach number 23 on the Billboard 200 charts, and once Jay-Z’s fame took off, reached platinum status.

Following this album’s success, Jay-Z reached a new distribution deal with Def Jam and released In My Lifetime, Vol. 1. Produced with Sean “Diddy” Combs, this album delved deep into the singer’s life and history and went platinum in the US. An open-book rapper, Jay-Z pulled from his past in order to create his art. He subsequently released Vol. 2…Hard Knock Life, which was a huge hit and his best-selling album of all time, going certified platinum 6 times and selling 5.4 million copies.

Vol. 2 earned the rapper a Grammy nomination for “Hard Knock Life,” and a win for Rap Album of the Year in 1999, even though he famously didn’t attend the awards show that year. Despite his personal boycott of the awards show, Jay-Z would go on to win 21 Grammys and earn an impressive 74 nominations throughout his career.

This album’s success would not only spur Jay-Z’s career but land him in hot water with other famous rappers, namely, the late Prodigy of the group Mob Deep. In the song “Money, Cash, Hoes,” Jay-Z gives a passive jab at the rapper with this lyric: “It’s like New York’s been soft ever since Snoop came through and crashed the building.” Prodigy said about the slight: “Jay was nowhere to be found when that drama popped off between Mob Deep, Dogg Pound, Pac, and Biggie. That was our little personal beef, not a coastal war…so Jay-Z is a bitch-ass n**** for making that quote in his lyrics.”

The feud between Prodigy and Jay-Z continued when Prodigy again took issue with Jay-Z lyrics from “Trife Life” and “Where I’m From.” In 2001, Jay-Z dissed Mobb Deep at Summer Jam, taking jabs at Prodigy by displaying his baby pictures on the screen while rapping “You was a ballerina/ I got the pictures I seen ya.” Despite the feud, the rappers made amends before Prodigy’s death from complications of sickle cell anemia in 2017.

After the 2003 release of The Black Album, Jay-Z announced his retirement from making music, saying, “The game ain’t hot. I love it when someone makes a hot album and then you’ve got to make a hot album. I love that. But it ain’t hot.” He was back in the game after 3 years, however, releasing Kingdom Come in 2006, American Gangster in 2007, and Blueprint 3 in 2009.

These albums were a dedicated shift from his earlier works, reflecting a more mature and worldly view that the rapper had at the time of the albums’ production, saying “As more people come of age, hopefully, the topics get broader and then the audience will stay around longer.”

We all know that Jay-Z is married to Queen Bey, but despite both of their high-profile lives, the couple was able to keep their relationship mostly a secret in the early stages of its development. Their partnership was the inspiration for several of their respective albums, and despite their intense privacy despite rumors from the press, their art is where many clues about their relationship can be found.

Jay-Z and Beyonce began collaborating in 2002, and their first track together, “O3 Bonnie & Clyde” was the first hint to the public that they might be an item. Jay-Z subsequently collaborated with Bey on “Crazy in Love,” winning the Grammy for best R&B song. After a red carpet debut in 2004, it was widely known that they were together. Despite rumors of a rocky relationship, Jay-Z and Beyonce were married in a secret ceremony on April 4, 2008.

In 2011, Jay-Z released the song “New Day,” in which he raps about his future child with Beyonce, the struggle with fame, and his desire to break the cycle and be a better father than his own:

Sorry junior, I already ruined ya

Cause you ain’t even alive, paparazzi pursuin’ ya

Sins of a father make your life ten times harder

I just wanna take ya to a barber

Bondin’ on charters, all the shit that I never did

Teach ya good values so you cherish it.

Promise never to leave him even if his mama tweakin’

Cause my dad left me and I promise never to repeat him.

At the time, Beyonce was pregnant with their daughter, Blue Ivy Carter, and while the sex of their child was a mystery when written, the sentiment remains the same. In 2013, on the song “Jay Z Blue,” from the album Magna Carta, Holy Grail, the rapper fully reckons with the task of becoming a father and all that it encompasses, saying:

Now I got my own daughter, taught her how to take her first steps

Cut the cord watch her take her first breath

Nothing could prepare us

For the beauty that you be Blue be

Looking in your eyes is like a mirror, have to face my fears.

In 2017, the couple added two more children to their family with twins Sir and Rumi Carter. In his most recent album, 4:44, released that same year, Jay-Z references his personal life once again, giving fans an insight into the complicated nature of relationships, love, and fatherhood. In the title track, he raps:

Took for my child to be born

See through a woman’s eyes

Took for these natural twins to believe in miracles

Took me too long for this song

I don’t deserve you.

Jay-Z opened up about his marital problems and the benefits of therapy in 2017, saying “I grew so much from the experience. But I think the most important thing I got is that everything is connected. Every emotion is connected and it comes from somewhere.” In a later interview with CNN, Jay-Z also said, “For us, we chose to fight for our love. For our family. To give our kids a different outcome. To break that cycle for black men and women.”

More Than a Rap Icon

Jay-Z has truly diversified the success from his rap career. He held a brief stint from 2003 to 2007 as the president of Def Jam Recordings, signed on Rihanna, Ne-Yo, and Kanye West as he transitioned from producing music to recording it. After resigning as president, Jay-Z created Roc Nation in a multi-million dollar deal with Live Nation.

Roc Nation handles all aspects of performers’ and singers’ careers, from management to brand development and distribution. With three offices in New York, London, and Los Angeles, Jay-Z’s company manages and promotes some of the biggest names in R&B. Roc Nation expanded to a clothing line, Rocawear, a production company, Roc-a-Fella Films, and a sports management company, Roc Nation Sports.

If that wasn’t enough for this talented business mogul, Jay-Z is also the owner of the popular 40/40 club with locations in New York City, Atlantic City, and Atlanta, Ga.

In March of 2015, Jay-Z launched the music streaming service Tidal, but later sold a 33% stake of the company to Sprint. However, the rapper-cum-businessman used Tidal for good, by holding a charity concert in 2015 called Tidal X: 10/20, which donated its proceeds to the Black Lives Matter movement and Sankofa.

Roc Nation most recently partnered with the NFL in 2019 to advise on entertainment selections for events and promotions, including the Super Bowl. Even though this move was criticized, Jay-Z said of the partnership, “We seek to identify things that we want to be a part of and things that we believe that we can add value to, and we step in and we come with these ideas.”

Overall, Jay-Z sports an impressive resume: multiple certified platinum albums, numerous awards, business partnerships, and philanthropy. It’s safe to say that he has created a literal empire. His pure talent and drive fuel his success; he is certainly a man that requires no introduction.

Jay-Z is a true rap icon and a model of the American Dream. He has completely transformed his life from his humble beginnings in the projects of Brooklyn, to a well-decorated rapper and music artist, who is now a worldwide superstar and driven businessman. “We all make money, and then we all lose money, as artists especially,” he says, “But [it’s about] how, when you have some type of success, to transform that into something bigger.”