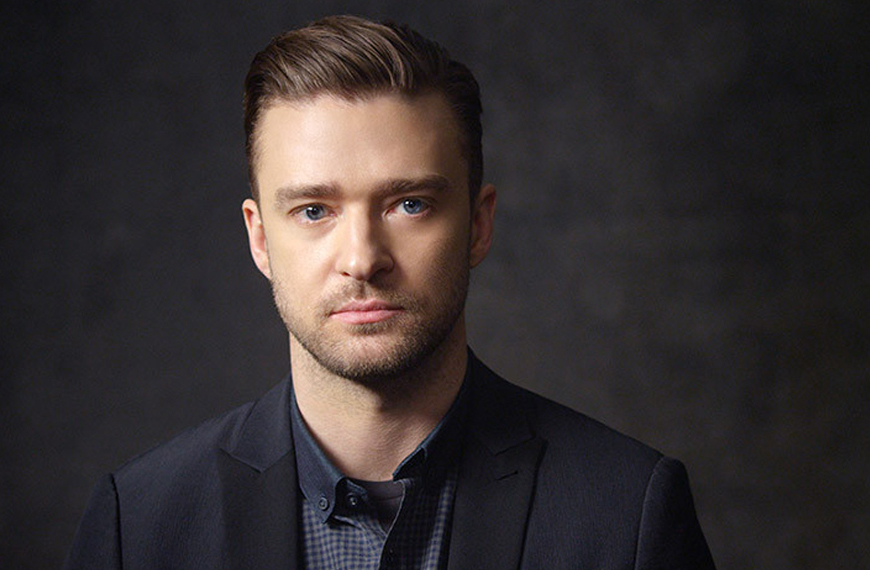 Charles got Justin involved in singing at a very early age because he was a Baptist church choir director while he was a child.  Considering Charles was married before he met his mother, Lynn, Justin has two step-brothers and lost his half-sister Laura Katherine when she was born in 1997.  NSYNC even dedicates their self-titled debut album to Laura Katherine citing in the acknowledgments that she is “My Angel In Heaven.”

Timberlake grew up in a fairly artistic and supportive household.  Many of his family were involved in the arts.  His grandfather even introduced a young Timberlake to a variety of different artists and genres.  That is where he got his appreciation for country music and got influenced by Johnny Cash and Willie Nelson.

When Justin was 11, his family encouraged him to try out for the then-popular talent search show called “Star Search.”  There he performed by the name Justin Randall instead of Justin Timberlake.

In the early 1990s, Timberlake decided that he was going to be an entertainer and tried out for The All-New Mickey Mouse Club and made it onto the show.  He was on the show with fellow singers, Christina Aguilera and Britney Spears from 1993 to 1994.  Britney Spears and Timberlake were later involved in a high-profile romance that we still discuss to this day.  Future bandmate JC Chasez was also on the show in addition to actors Keri Russell and Ryan Gosling all of which are still performing to this day.

Experienced boy band manager Lou Pearlman caught wind of how successful Timberlake and Chasez were on the show and convinced them to form a boyband together.

NSYNC formed in 1995 and the group began working on music and choreography together.   It wasn’t until 1996 that NSYNC began their career with Timberlake and Chasez performing as the two lead singers.  The group released its self-titled debut album in 1998 and ended up selling over 11 million copies.  The album featured the hit single “Tearing Up My Heart” that most kids that grew up in the 90s know by heart to this day.

The group’s second album “No Strings Attached” was just as successful.  Selling 2.4 million copies of the album in the first week, the group was now officially in high demand and one of the more sought after bands to perform at festivals.  No Strings Attached featured many of the band’s most major songs.  Those included “Bye Bye Bye,” “Girlfriend” and “This I Promise You.”  The band even made a Christmas album that did incredibly well amongst the group’s adoring fans.

NSYNC’s final album “Celebrity” was released in 2001 and was also an immediate hit for the group.   Their main hit single was “dirty pop.”  Justin Timberlake even proved himself to be a successful solo artist with his stand-alone track “Gone” and the world knew he was the stand-out star of the group.  He originally wrote the track for Michael Jackson and decided that it would be better if he sang the song himself. NSYNC completed their Celebrity tour in 2002 and announced that they were going to go on an indefinite hiatus.  Although NSYNC has since disbanded, the group remains the fifth-best selling boy band in history selling 70 million records worldwide.

Justin Timberlake bit the acting bug in 1999 when he starred in the Disney Channel movie Model Behavior.  He played the character Jason Sharpe who happens to be a successful model who falls In love with another woman he mistakes as a model that he already knows.  Quickly Sharpe learns that the woman he believes is a model is a waitress at a local restaurant.  Model Behavior was released on March 12, 2000, and his fans tuned in and made the movie a hit.

After NSYNC went on hiatus, each member of the group went on to work on their separate solo projects.  Timberlake, in particular, focused all his energy on releasing new music.  He partnered with Pharell Williams of N.E.R.D. fame and Timbaland and the group began working on Timberlake’s solo album, Justified.  In 2002 the single “Like I Love You” by Timberlake started charting landing itself in the number 2 spot on the UK Singles Charts.  Justified was released in November of 2002 and landed at number two on the Billboard charts selling 439,000 copies fewer than previous NSYNC albums and eventually sold ten million copies worldwide.

Justified was a departure from his work previously in NSYNC.  Instead of being majorly pop-focused, the album was influenced by many different genres that Timberlake appreciates.  For example, you can hear the R&B and hip-hop influences in the album.  Justified even featured the hit song about the singer’s failed romance with fellow performer and former Mickey Mouse Club co-star Britney Spears.  If fans had any doubts that the song was about Spears all they had to do is watch the music video and notice the actress that looks like Spears featured in the video being caught cheating on her boyfriend.  Justin embarked on the tour to support his album later that year.  Christina Aguilera supported the artist on his tour.

In late 2002 Timberlake made an appearance on the MTV showed Punk’d which was a show where actor and personal friend, Ashton Kutcher went around punking friends.  Timberlake was the first celebrity to appear on the show and even cried in the process of the prank.  Timberlake later admitted that at the time of the show’s taping he was under the influence of marijuana and therefore his emotions were a little high.  In 2003, Timberlake did his take on the show by spoofing the entire process on Saturday Night Live.

Timberlake saw his fair share of controversy in the year 2004.  While performing with Janet Jackson at the Superbowl Halftime show, the singer pulled off Jackon’s top exposing one of her breasts. 140 million viewers tuned in as they watched the singer mistakenly tear of Jackson’s entire top exposing her breast when in fact she only wanted to expose her lace bra.  The singer acknowledged his mistake by saying “sorry that anyone was offended by the wardrobe malfunction during the halftime performance of the Super Bowl.” In a statement about the incident.  Both Jackson and Timberlake were threatened to be pulled from the Grammys that year unless they were on film apologizing for their part in what happened.  The incident even spawned the term “wardrobe malfunction” considering that is exactly what happened between the two artists.

The Superbowl incident made Timberlake want to put his music career on hold and focus on acting.   During that time, he completed his first role in the movie Edison Force where he played a journalist.  The film was direct to video hit and was released in 2006.  Timberlake also appeared in other more popular films like Black Snake Moan, Alpha Dog, and even did some voice acting in the movie Shrek the Third which was released in May of 2007.

In 2005, Timberlake collaborated with the Black Eyed Peas on “Where is the Love” and “My Style” for their debut album Monkey Business. Later that year, he collaborated with Snoop Dogg for the single, “Signs.”  It was after his work with Snoop Dogg was completed that he realized he was suffering from a throat condition and needed to get some work done in the process.  That same year, he formed his record label called Jay Tee Records.

The singer came back to the studio in 2006 and began work on his follow-up album.  Future Sex/Love Sounds was released on September 12, 2006, and debuted number one on the Billboard 200 charts.  Future Sex/Love Sounds sold a whopping 684,000 copies in the first week after its release. At the time, the album was considered the most anticipated release on Itunes selling many preorders. On the album fans heard the artist collaborate with many different artists which included Snoop Dogg, will i am, and Three 6 Mafia.   That same year, Timberlake had a guest appearance at the Victoria Secret Fashion Show and he hosted the European MTV Music Awards. In early 2007, Timberlake took off on a tour that supported Future Sex/Love Sounds

On December 17, 2007, the world heard the song “4 Minutes” for the very first time at Philadelphia’s Jingle Ball.  It was revealed in March of 2008 that the song was a duet he did with Madonna for her Hard Candy studio album.  Hard Candy was a collaborative effort with many different artists.  Four of the songs from that album were revealed to have been written by Timberlake himself and they were standout tracks.  In late 2008, it was revealed that Timberlake collaborated with rapper T.I. for his album Paper Trail that was recorded while the rapper was incarcerated.  Timberlake worked on the song “Dead and Gone” with the rapper.  It was a standout track from the album that resulted in a music video.

The Social Network and Other Ventures

In 2010, Timberlake decided to focus more on his acting talents and made quite a name for himself.  He starred in the movie ‘The Social Network” as the creator of Napster. Later that year, he worked on the film “Bad Teacher” alongside Cameron Diaz and later worked on ‘Friends with Benefits” with Mila Kunis. He also started collaborating with the comedic hip-hop group The Lonely Island for the song “Motherlover” and starred in the video alongside Andy Samberg and Susan Sarandon.

The singer’s third studio album, The 20/20 Experience was released March 19, 2013, and he said at the time, that he had no real goals in mind when recording the album. The single Suit & Tie featured a collaboration with Jay Z.  The song peaked at number 3 on the Billboard charts right after its release. Considering the singer hadn’t performed in over four years after his Super Bowl incident, it came as a shock to the singer when he was asked to perform at the Superbowl that year. Timberlake also performed with Jay Z at the Grammy’s later that year. Justin Timberlake even had the honor of singing in the White House for President Obama that year.

Man in the Woods

On February 2, 2018, Timberlake released his fifth studio album, Man in the Woods.  Timberlake says this album was very personal to him because he took aspects of his upbringing in Tennesee and invoked it in his lyrics and music.  It is very obvious that the singer uses his influences in his work because the album has a rugged and country feel.  He doesn’t steer far away from what made him famous.  His sultry voice and knack for ballads stand out and make the singer seem somewhat of a timeless talent that will never age or wain on his fans.

Timberlake has had his fair share of high profile public romances.  Everyone is aware of his high profile romance with Britney Spears with them wearing matching denim suits walking down the red carpet.  He also dated Cameron Diaz for quite some time after appearing in a film together.  He also dated British singer Emma Bunton for a while. Eventually, Timberlake finally found his person in actress Jessica Biel.  The two of them were married on October 19, 2012.  The two of them have two children together.

Justin Timberlake is influenced by quite a few artists.  He has admitted to being influenced by David Bowie, Willie Nelson, Michael Jackson, and Stevie Wonder.  The singer has been referred to as “The Prince of Pop.”  Many critics refer to his style as someone who is not only influenced by pop music but also rap, r&b, funk, soul, gospel, and many others.  While Timberlake has certainly slowed down over the years, he certainly has staying power that has kept him around for decades.  Do not count out Timberlake being on the big screen or hearing him on the radio, he is here to stay.