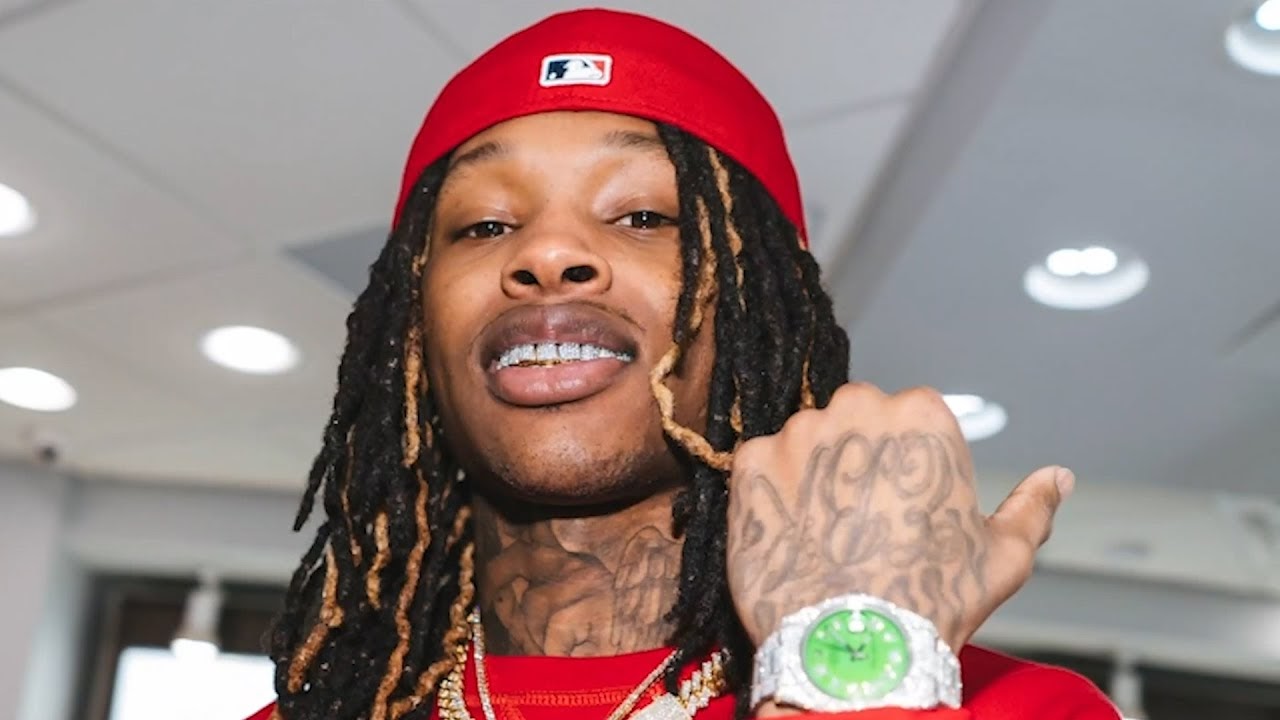 Before his unfortunate passing, King Von was one of the most popular, emerging rappers to come out of Chicago. Considered to be one of the more versatile artists from his city, King Von wowed audiences with his vivid storytelling and impressive vocal range.

He is best known for songs like “Took Her To The O,” his “Crazy Story” series, “The Code” with Polo G, and “Still Trappin’” with Lil Durk. Heavily involved in the gang lifestyle, King Von made a name for himself in Chicago’s hoods before becoming a rapper. His musical content consists of vicious street antics, as well as more vulnerable, introspective issues like love and mental health. He has received cosigns from rappers like Chance The Rapper, YG, and Meek Mill.

King Von was born Dayvon Daquan Bennett on August 9, 1994, in South Side Chicago, Illinois. He originally hails from Parkway Gardens Homes, colloquially known as “O’Block.” O’Block is known as one of the most dangerous neighborhoods in all of Chicago, made famous by Chicago drill legend Chief Keef. Parkway Gardens is also where former first lady Michelle Obama grew up. King Von went to the same high school as rapper G Herbo, who would rise to stardom years before King Von even started rapping. He was also childhood friends with Lil Durk.

King Von was a revered figure in his community, declaring himself as “Grandson” of David Barksdale, the founder of the Black Disciples gang in Chicago. In the summer of 2014, he was arrested on one count of murder and two counts of attempted murder in connection to a shooting that happened in Englewood, Chicago, months before. The charges were later dropped. However, King Von spent more than three years in prison, waiting for the case to be resolved. He says he spent most of his time in prison reading, writing, and reflecting on his past.

It was in prison where King Von wrote his first raps. They were written without a beat in mind since he didn’t usually have access while locked up. King Von credits this technique for helping to refine his storytelling skills. Some artists have told stories in the past of banging on their chest in prison to emulate a beat. However, King Von intentionally wrote his first raps without one. With nothing to bop his head to, he was forced to focus just on his words, building up his abilities as a rapper.

Immediately upon his release from prison in 2017, King Von recorded and released his first single. This landed Von a deal with Durk’s OTF entertainment and dropped him squarely into an industry whose ears had finally been tuned to the frequencies of Chicago street rap.

When he first got out of prison, King Von mainly rapped on moody, piano beats that accentuated his dark, grisly lyrics. This unique sound separated him from many of the artists from his city, who have largely just tried to imitate Chief Keef and G Herbo’s signature drill sounds. The drill hysteria was also carrying over to the U.K. and New York.

In a time when drill music was oversaturated and played out in Chicago, King Von shined with his unconventional, soulful music. It shared the violent elements of drill music while also embodying pain and emotion through a high-energy, animated vocal performance. Despite only recording seriously for the first time in 2017, King Von was a talented vocalist, able to mix an array of different sounds together for a unique blend of rapping.

King Von spent much of his adolescent years in and out of jail. After beating his murder case in December of 2017, he started rapping in 2018. King Von started to buzz in his city when his music caught the ear of Lil Durk. At the time, Lil Durk was much more established as an artist, having rapped for several years already. He eventually signed King Von to his record label, Only the Family. King Von later moved to Atlanta following his rapid music success. He was urged by Lil Durk to begin taking his music career seriously and leave the life of the streets behind.

Through the label, King Von dropped one of his first breakout singles, “Problems.” The label later released King Von’s even-more successful single “Crazy Story” in 2018, which was included on his first mixtape, “Grandson, Vol. 1.” It carried thirteen tracks. The mixtape was released in September of 2019. It featured Lil Durk on two tracks, as well as Booka600 on one track, and debuted at the number 75 spot on the Billboard 200 chart.

The song “Crazy Story” is a tale of a robbery that escalated into a shootout. The music video for “Crazy Story” has amassed over 64 million views on Youtube since its release. The song eventually hit gold status. In March of 2019, King Von continued to gain traction with his single, “Cousins,” featuring fellow Chicago rapper, JusBlow600.

The song is essentially about killing the opposition’s family, with Von rapping aggressively on the hook, “You claim this shit but ain’t outside, boy, we on your cousin. Heard your OG just got married, boy, we on her husband.” The murderous nature of this song showed fans a glimpse into King Von’s violence-ridden life growing up in Chicago. King Von’s graphic, storytelling rapping style was something that hadn’t really been heard yet in Chicago’s drill scene. He was able to captivate audiences by sharing his life in his music as specifically as he could.

The rapper’s second project, “Levon James,” dropped in March of 2020. The mixtape had sixteen tracks and had a long list of features, including YNW Melly, NLE Choppa, Yungeen Ace, Tee Grizzley, and more. The style of rapping in this project matched King Von’s previous efforts, boasting of his gang’s power over gritty, drill beats. It peaked at the number 63 spot on the Billboard Hot 200.

In late October of 2020, King Von’s released his debut studio album, “Welcome to O’Block,” featuring appearances from Lil Durk, Polo G, Moneybagg Yo, and others. It peaked at the number 13 spot on the Billboard Hot 200 and had sixteen tracks. The title of the project pays respect to the 6400 block of South Martin Luther King Jr. Drive of Chicago’s Southside, otherwise known as O’Block. The album is primarily produced by Chopsquad DJ.

Compared to his previous efforts, “Welcome to O’Block” provides a much more detailed, nuanced narrative of King Von’s life. However, it also shows the irreversible consequences that come with the life King Von lived. In the biggest song on the album, “All These Niggas”, he raps savagely, “We got .45 drums, every time they see me I’m on go. Tooka in my lung, I say that every time, ’cause he got smoked. Fuck how you feel, for real, my best friend, he got killed. We was in that field for real, blowin’ niggas down, boy, come here.”

On one of his biggest songs yet, King Von was still disrespecting his dead enemies like Tooka. Despite the opportunities that have arisen for many individuals from Chicago’s drill scene, the city has also lost a lot of its beloved rappers from violence.

Just a week later, on November 6, 2020, tragedy struck. King Von was shot and killed by an armed associate of Georgia rapper Quando Rondo. The incident occurred in the midst of a brawl downtown Atlanta outside of a hookah lounge. It was around 3:20 AM when the first shot was let off. Security camera footage reveals a fight broke out between members of King Von’s team and Quando Rondo’s team, before a friend of Quando Rondo’s pulled out a gun.

A shootout ensued, leading to King Von being hit, as well as two other members of his entourage and three members of Quando Rondo’s. Three men shot at the scene died at the hospital due to their gunshot wounds. King Von was not located at the scene by police and was found at a hospital shortly after the shooting. He died in the hospital. He was 26 years old and the father of two young children. King Von had a listening party for his debut album scheduled for that night.

Two off-duty Atlanta police officers who were working security at the lounge appeared at the scene, as well as a nearby on-duty officer who was patrolling the area. When the police arrived and confronted the shooters, more shots were fired between them and the police. The APD claimed that three people were found at the scene with gunshot wounds and taken to a hospital. Three others, including King Von, left the scene and were taken to the hospital in private vehicles. No officers were injured in the shooting.

An investigation into the incident was opened by the APD soon after it took place. Investigators claim King Von was shot during the initial shootout between the two parties before police responded and tried to intervene. Though there were some initial reports that King Von was shot and killed by Atlanta Police Department officers, it was later confirmed that someone in Quando Rondo’s team had pulled the trigger. Security camera footage supports this.

On November 7th, The APD said it had issued an arrest warrant for a suspect in King Von’s killing. The suspect was 22-year-old Timothy “Lil Tim” Leeks. However, Quando Rondo’s team claims self-defense. The suspect was being treated for a gunshot wound at Grady Hospital in Atlanta. The APD also said in a statement, “The homicide of Bennett is closed with this arrest.”

Von’s death was reported soon after it happened, first starting as a rumor on Twitter. Not long after, the rumors were validated by sources close to the rapper. Ghazi Shami, the CEO and founder of Empire, confirmed the news with an Instagram tribute the following morning.

Countless prominent figures both inside and outside of the hip-hop industry took to social media to offer their condolences. People like Lil Yachty, YG, Polo G, Desiigner, Calboy, Cordae, and many others have paid homage to the young rapper. King Von’s death even caught the attention of LeBron James, who tweeted, “Damn Rest Easy Von! Bronny, Bryce, and I rocked with his music and storytelling! The kid had a damn good future ahead of him. My prayers and blessings to his family.”

In the last interview before his death, King Von spoke to DJ Akademiks about his mental state. DJ Akademiks asked King Von if he “keeps his head on a swivel all the time” after pointing out the rapper’s tendency to look around during his interviews. King Von replied, “Why not, gang? My head been on a swivel before I was rapping. So, do my head not supposed to be on the swivel? If you’ve been like this your whole life, do it stop because you got money now? Do it stop because everybody and their momma looking at you now? My shit spinning even harder.”

Notably, in May of 2019, Lil Durk and King Von were both arrested in connection to a shooting and robbery that occurred in Midtown Atlanta. They were each slapped with five charges: criminal attempt to commit murder, aggravated assault, participation in criminal street gang activity, possession of a firearm during the commission of a felony, and possession of a firearm by a convicted felon.

The case has still not been sent to trial, and Lil Durk is still waiting to see what happens. In an interview with No Jumper in March of 2020, King Von speaks briefly about the situation, saying that he and Lil Durk no longer can be around each other legally. According to him, the two were not even allowed to contact one another. With King Von’s recent death, it is unclear how this case will be resolved.

King Von Was Building Something Bigger Than Chicago Drill. He Deserved To See It Though | Vulture