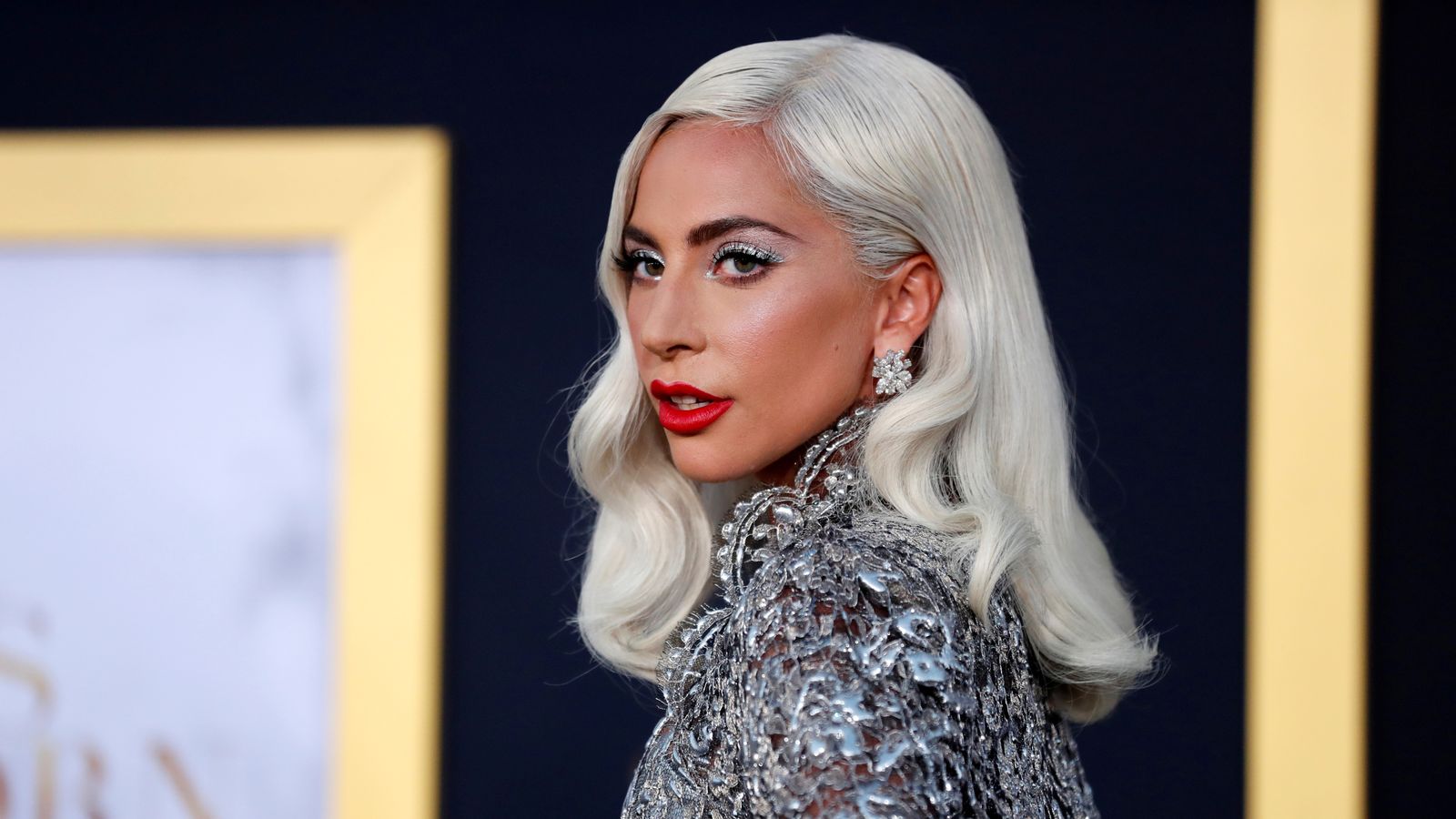 There could never be enough said about Lady Gaga’s career. From music to movies, to makeup, she is an absolute icon and one of the biggest stars of the last 20 years. This is how she went from a regular girl growing up in Manhattan, New York to, as her oldest die-hard fans refer to her, “Mother Monster”.

By now, you’ve probably heard the jokes about Lady Gaga going over the top with her Italian pride. Well, there’s a reason.

She’s Italian! She was born Stefani Joanne Angelina Germanotta on March 28, 1986. She lived with her parents and sister, Natali.  Her family was of Italian Catholic descent, and they took their heritage very seriously in her family.

Her father, Joseph Germanotta, was an internet entrepreneur, and her mother, Cynthia, was a business executive and philanthropist. She was raised in the Upper West Side of Manhattan and attended Covenant of the Sacred Heart, which was an all-girls Catholic school.

She started playing piano when she was four years old and wanted to pursue a career in music ever since. She was accepted to Julliard when she was 11, but her parents made her go to Catholic school instead. When she was in school, Stefani described herself as an outcast, saying she was more eccentric than the other kids. Though that sounds like a cliche, we must not forget that this is the same woman who wore a gown made of raw meat to the VMAs, so maybe the “eccentricity” checks out.

Her parents weren’t against her pursuit of music, though they didn’t like the idea of her going to Julliard. They sent her to music camps and allowed her to do open mics when she was in high school.  During that time, she also took acting classes at the Lee Strasberg Theatre and Film Institute. This landed her the lead role in an episode of The Sopranos in 2001.

In 2005, Stefani was in a band called SGBand with some of her friends she attended NYU with. While performing in a nightclub, she was discovered by a talent scout and recommended to a record producer named Rob Fusari. She and Rob worked together on an album and they even dated for about ten months. He was the person who gave her the name, “Lady Gaga”, inspired by the song “Radio Ga-Ga” by Queen.

Gaga and Rob split in 2007, and she moved on from the independent label they had started together. She almost caught a break when her recordings found their way into the hands of legendary producer, L.A. Reid. Reid has produced huge stars, including

Unfortunately, she was dropped from the label, Def Jam, after only three months.After her first big rejection, she found a cathartic release for her frustration by performing at burlesque shows. She and her performance partner would perform at different clubs all over New York, and eventually performed together at Lollapalooza in 2007.

Her ex, Rob, was still helping her work on her sound and he sent her recordings to Vincent Herbert at Interscope. He offered her a job writing songs for other pop stars and that’s when singer Akon discovered her and immediately wanted to work with her.

Once she had the attention of everyone at Interscope, she let them know that she was confident in her sound and that her style was going to be part of the natural progression of pop music. She wasn’t wrong. Her dance/electronica blend of pop would be what changed and influenced pop music for years to come.

In 2008, Lady Gaga recorded her first studio album, The Fame. The album was released in August and had four major singles

It is rare that a debut album contains four songs that are as successful as these songs were. It is also rare that a breakthrough artist wins a Grammy within a year of dropping their first album. She didn’t win a Grammy. She won two.

After the success of The Fame, her career took off and it hasn’t slowed down since. She embarked on a world tour, where she began working on songs for a sequel to her first album. She went on to release The Fame Monster on November 19, 2009. The singles from that album were

This is the album that earned her the name, “Mother Monster”. Her music and fashion were iconic, and her fans knew then, that they’d follow her anywhere. They considered themselves to be an extension of her, so much that it is common among OG Gaga fans to refer to themselves as “Le Petit Monstre”, which means “The Little Monster” in French. Gaga even refers to her fans as her “little monsters.” It’s a whole culture, but I stan.

Aside from drawing one of the biggest fan followings of the decade, her albums were also record-breaking in more than a few ways. She became the first person with more than one billion views on YouTube. Lady Gaga spent 150 weeks on the Billboard charts. She was the first woman to receive two nominations for Video of the Year in the same year, and she was the most nominated artist in a single year.

This was Gaga’s most popular album to date. The singles from this album are

Though the album sales were impressive, the bulk of the tour for Born This Way was canceled due to Gaga having to have emergency surgery on her hip.

After not being able to work much following the release of the album, she made her return to recording and performing by joining jazz legend Tony Bennett on a recording of “The Lady is a Tramp”. The record was very successful and Gaga and Bennett formed a close bond that they still share today.

Her next album, Artpop, was said to be her least successful album. It was a concept album, with its lead single being “Applause”. Even most staunch Gaga fans say they weren’t too crazy about the album, but it’s Lady Gaga. She’s on her own journey and we trust her enough to follow along.

After Artflop, she teamed up with Tony Bennett again to record a full-length jazz album called Cheek to Cheek. This would be one of her last musical projects for a while, as she went on to pursue other things she loved, such as acting.

Lady Gaga broke onto the screen in her first acting gig as the star of American Horror Story: Hotel. Hotel was the fifth season in the horror series. Gaga played a character named Elizabeth, the owner of Hotel Cortez. Elizabeth is a woman who falls in love with a couple, who both get a virus that turns them into vampires. They purposely infect Elizabeth with the virus so that they can all be together for eternity. She lives on to be with her lovers, and to run the haunted hotel.

Her appearance on the show won her a Golden Globe for Best Actress in a Miniseries or Television Film.

She was invited back in the series’ sixth season, American Horror Story: Roanoke. In this season, she played a witch named Scathach. Scathach is a woodland spirit who seduces men and turns people into ghosts. She is said to have been the original Supreme, which is the head witch in charge, according to season 3 of AHS. Lady Gaga starred alongside actors like Kathy Bates, Cuba Gooding, Jr., and Leslie Jordan in this season.

Gaga’s sixth album, Joanne was inspired by her great-aunt (also where Lady Gaga’s middle name comes from) and it was released on October 21, 2016. There were three singles from this album…

Among these singles were two more popular tracks. The first one being, “Hey Girl” featuring Florence Welch (of Florence and the Machine). “Hey Girl” is a love song between two friends. It’s about the deep connection that women have with one another through sisterhood. It’s about taking care of one another and celebrating each other for who you are.

The second song, “Angel Down”, was a tribute to Trayvon Martin, a black teenager who was shot and killed by a grown man for no reason. The song’s lyrics are about trying to process how this could have happened, and why. She expresses that Trayvon is sorely missed and should still be here.

Lady Gaga released a Netflix documentary in 2017 called Five Foot Two. The documentary highlights her struggles with fibromyalgia, and how she was coping with managing her career at the same time as her split from her boyfriend of five years, Taylor Kinney. In the film, you see Gaga undergoing treatment and physical therapy for her fibromyalgia pain and preparing for her Superbowl performance.

A Star Is Born

In 2018, Lady Gaga starred alongside Bradley Cooper in a movie he wrote about an embittered drunk musician who falls in love with a sweet budding singer. The 2018 film is an adaptation from the original, which was released in 1937. The remake of the film was cast with

Lady Gaga won a Golden Globe for Best Actress, and Best Original Song for “Shallow”. It was rumored that Gaga and Cooper sparked a real-life romance while on the set of A Star Is Born, because of the chemistry that they shared when they played their characters, Jack and Ally.

After earning so much success in her role in this film, Lady Gaga earned herself a residency in Las Vegas. The residency had two shows. One was very energetic and artsy, like her early music. The second, was more slow and jazzy, a lot like the album she recorded with Tony Bennett.

Lady Gaga released her own makeup brand, Haus Laboratories, in September 2019. The makeup line is completely vegan and has the highest-selling lipstick on Amazon.

This album was another experimental album for Gaga. She played around with different sounds, and invited pop star Ariana Grande to feature on one of two singles, “Rain On Me”. The album hasn’t had a lot of press and no live performances, due to the coronavirus pandemic. Though, we couldn’t have anticipated any events surrounding the album, as it was released in May 2020, while everything in the country was still shut down indefinitely.

Lady Gaga has been one of the most prominent musicians and actors in the last 15 years. She has been a fierce fashion pioneer, and example of originality and courage, a friend to the LGBTQIA+ community, a fighter for racial equality, and a staunch advocate for women’s rights. She has shown us all that a strong, talented woman looks like.

She carries a kind of confidence that none of us have ever seen before, but we do our best to emulate it. She has perfected the art of being true to yourself and being unapologetic.

Some artists, even some of the best ones, will have a moment or two in their career, where it seems like it might be almost over. They aren’t doing as much work, or they’ve become embittered by the consequences of fame. Lady Gaga has never slowed down or gotten sidetracked from her career and she’s always done it with overwhelming passion. I don’t think she will be done for many, many years to come.