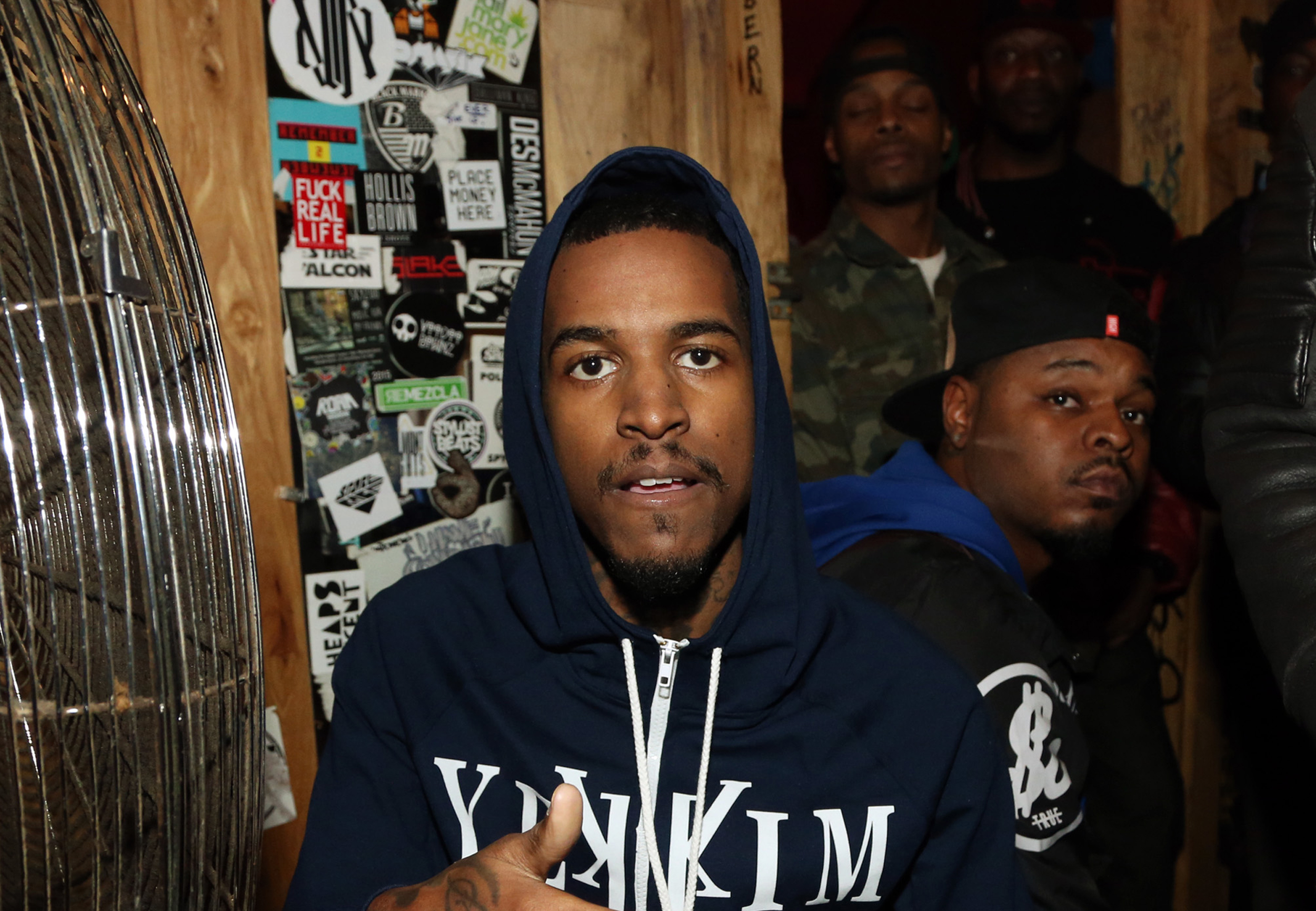 If the latest wave of rap artists prove one thing, it’s that a talented dude can become famous and earn an audience through a good social media hustle. Drill artists like Lil Durk have demonstrated their ability to get by and get collaborators without the outsized support of a major label, but that more dispersed access to success means that street credibility that used to be a defining factor in success is not the gateway it used to be.

Lil Reese is the real deal. While he may stick to the more melodic flow and heavy subject matter of his peers, there’s an authenticity to his music that a number of other rappers don’t have. Lil Reese’s rap sheet is as long as his tracklists, but he wouldn’t be the poet he is without his rough and tumble experiences. And that authenticity is earning him praise from his peers and featured collaborations with some of the biggest players in the game.

Growing Up on the Streets

There’s a reason why the Southside of Chicago has arisen as the hub of a hip-hop genre like a drill. The poverty, lack of resources, and hopelessness about potential opportunities have created a city that’s increasingly ruled by violence, run by street gangs, and punctuated by generational beef that grows outsized over time.

While Lil Reese’s upbringing isn’t as well documented as other recent breakout stars like Lil Durk and Chief Keef, his trajectory seems pretty similar. Growing up in the Southside streets instilled in him both hustle and the necessity to seek out a surrogate family. An association with the Black Disciples built out connections, the most notable of which is a name that’s intrinsically tied to the growth of Chicago’s unique sound: Chief Keef.

Born Tavares Lamont Taylor, Lil Reese would have a number of run-ins for the law before ever making waves in the local music scene. He was given two years of probation after pleading guilty to burglary charges in May of 2010, and October of 2012 would bring the attention of the cops again when a YouTube video emerged allegedly showing Lil Reese assaulting a woman. In early 2013, just as his star as an artist was beginning to rise, he was arrested by police in relation to the video.

Success Right From the Jump

In the factional communities of Southside Chicago, who you know is often as important as how good you are. Lil Reese’s relationship with Chief Keef, and his relationship with the Black Disciples by proxy, played a major role in getting him on the map. And it would be Keef’s decision to give Lil Reese a verse in “I Don’t Like” that would first bring attention to Lil Reese’s flow.

“I Don’t Like” would receive international attention and kickstart Lil Reese’s career with a quickness.

The Beef That Defined His Career

Success in the Chicago music scene is often intrinsically tied up in the complex relationships between artists. Sometimes beefs can define an era – as with Biggy Smalls and Tupac Shakur – and sometimes they’re pretty clearly just publicity stunts. By every account, Lil Reese’s beef with Chicago rapper Joseph ‘Lil Jojo’ Coleman was real. The two had swapped words on their songs, and they allegedly sat on opposite sides of the gang struggle – with Lil Reese, Chief Keef, and influential rapper Lil Durk repping Black Disciples and Lil JoJo allegedly being affiliated with rival gang Gangster Disciples.

The first serious public indication of the feud appeared with the release of “3 HunnaK (BDK)”. Both the song and the video taunted Chief Keef directly while also making threats against the Black Disciples crime family. The song was a direct reference to Chief Keef’s “3Hunna”, which was itself a common shorthand for the Black Disciples. Allegedly, JoJo’s song stood for “300 Killer”. The existing beef between Lil JoJo turned into a declaration of war against Reese, his crew, and the entirety of the Black Disciples.

What followed was an escalation that could only happen where street rivalries and social media converge. JoJo’s brother recorded a menacing video of himself calling Chief Keef’s mother, and a video posted by JoJo on September 4 saw him rolling with a crew into Keef’s territory and shouting insults at Lil Reese. He would be dead by the end of the night.

In the early evening, JoJo tweeted that he was on 69th Street. At 7:30 PM on September 4, 2012, as JoJo was riding a friend’s bike in the area, a tan For Taurus pulled up and emptied a gun into the young rapper. He died shortly thereafter. Both JoJo and all the principal suspects surrounding the feud were in their teens, but Keef had little in the way of condolences for JoJo, instead posting a Twitter that mocked the recently dead rapper. He’d later claim that his Twitter was hacked.

Whether or not Lil Reese or one of his associates killed Lil JoJo, the series of events would lead to a rise in Reese’s prominence. He was now at the center of what many worried would be the firing shot in a new escalation of gang warfare. The public media grabbed on to the story, and both Lil Reese and Chief Keef raised in prominence. It also lent an air of mythicism to the story of Keef and of Chicago hip-hop in general, as it was rapidly gaining a reputation as some of the realest and grimiest scenes in the rap game.

Lil Reese may have briefly become a big name in the Chicago crime blogs, but he was also making a name for himself based on his talents. No doubt his notoriety had a role in his name becoming a more public quantity, but it also drew the attention of producer No I.D. The producer was prolific, having worked with lyrical impresarios like Kanye West and Common. No I.D. saw the potential in Reese and convinced him to sign with Def Jam.

The results of the Def Jam deal came quickly. The mixtape Don’t Like was clearly leaning on the success of Keef’s smash hit “I Don’t Like” to get listeners, but Don’t Like both emphasized his similarity to Keef and the differences between them. He may have had a similar voice and similar sensibilities to Keef, but the album was less poppy, more dangerous, and laced with a sort of ruthless realism that would distinguish him from his contemporaries.

Within a year, Lil Reese dropped a second mixtape, this one highlighting his ability to enlist the skills of – and stand shoulder and shoulder with – some of the biggest names in the contemporary rap game. Supa Savage clocked in at a lean half-hour, but it was absolutely packed with talent. Reviews were solid if not record-breaking, but the mixtape drew on other rappers and a variety of young producers for a hard-hitting set of ten tracks. Six of the singles would ultimately be supplemented with music videos.

It would take over a year for a sequel to Supa Savage to drop, but it would come with a full 15 tracks. Otherwise, it offered more of the same: production from Chief Keef and guest appearances from familiar faces partnered with a gritty and hard-hitting tone that reflected Lil Reese’s street sensibilities. It might not exactly have been street poetry, but it hit hard and captured the feel of despair Chicago rap had become known for.

A String of Further Mixtapes

Following the release of Supa Savage 2, Lil Reese would just keep on doing his thing. Each of the years that have followed has seen at least one mixtape from Lil Reese. And while he has yet to churn out a full album from a major label, he’s demonstrated that a rapper can seemingly find a lane for themselves on mixtape releases already. At some point in this period, Lil Reese was dropped from Def Jam, but a continued relationship with 3Hunna Entertainment has allowed him to continue with his artistic output.

That said, Lil Reese didn’t manage to keep pace with contemporaries like Chief Keef and Lil Durk in these years. While he’d continue to collaborate with Black Disciples affiliated rappers, his notoriety has faded some. Rumors had persisted that Reese had been dropped from Def Jam since practically the release of Supa Savage 2, but he claimed he was still signed to the label in 2014. “I rocks with Def Jam. “I’m still signed. Hopefully, we’ll get back up and take flight.”

Reese’s name had started to fade on the global and national scene, but he was still a known presence in Chicago. He spoke to the mood of Chicago and held ties within the city. So it came as a shock to many – and an expectation to many more – when the notoriously posturing rapper was shot in the Chicago suburb of Country Club Hills.

While sitting in traffic on the evening of November 11, 2019, Lil Reese was approached by a man in a Malibu. Lil Reese fled and the driver gave chase, firing 12 shots from a mini-rifle at the rapper’s car before fleeing. By the time police arrived, the car had been abandoned. Lil Reese was delivered by a friend to the hospital in critical condition.

But Lil Reese survived and responded to the incident with the requisite swagger. As announced by close friend Lil Durk, he was stable within five days and already coming up with new plans. He was shot Friday and shared a photo of the gunshot Sunday. Shortly thereafter, he was calling out popular music journalist DJ Vlad and offering to tell his story for a million dollars.

Lil Reese left the hospital shortly thereafter and dropped a new track the same day he left. He’s since continued his expected schedule of churning out mixtapes and working with known collaborators. He may not be at the top of the charts right now, but he’s where he’s always been – the studio. His most recent release was GetBackGang 2 – a mixtape that continued to feature both Chief Keef and Fredo Santana.

It’s easy to discount Lil Reese as just another Chicago rapper who got famous riding on Chief Keef’s coattails. It would also be easy to discount his rise to success as predicated on the murder of another rapper. But it’s clear that Reese brings something to the table that similar rappers like Chief Keef and Lil Durk don’t. Whether or not he stays relevant or fades into obscurity, it’s unlikely Lil Reese is going to stop keeping it real.