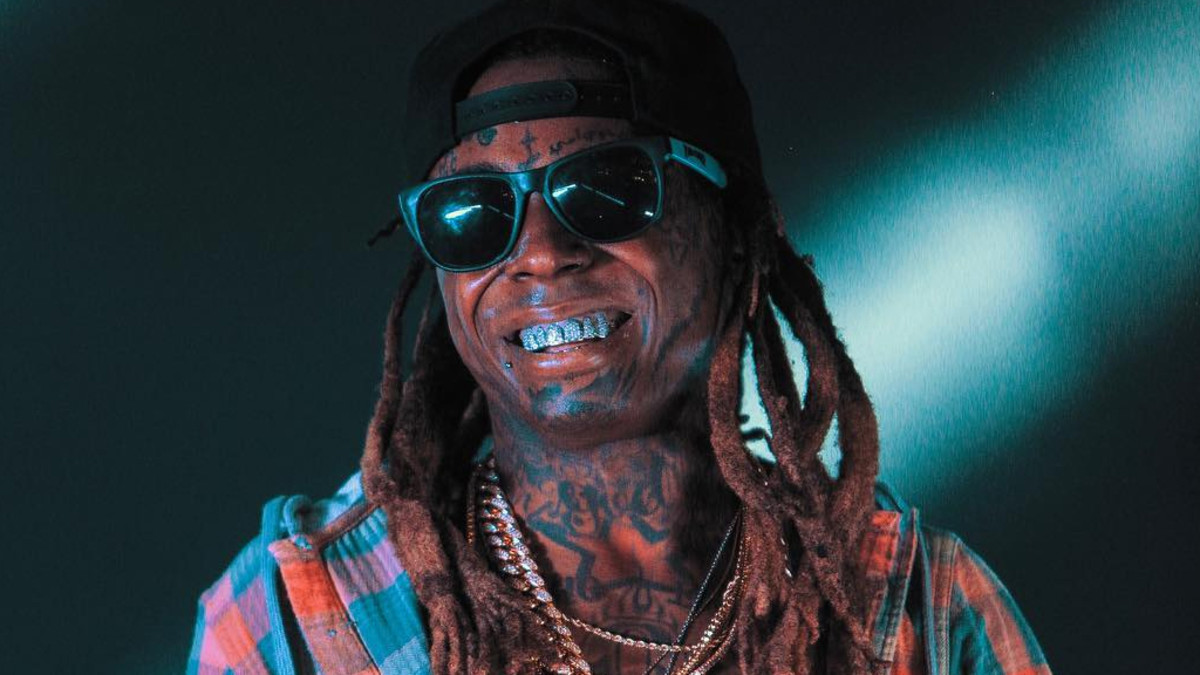 What hasn’t Lil Wayne accomplished as a rapper, performer, and record executive who signed Drake, Nicki Minaj, and Tyga? The Grammy Award-winning creator of hit songs like A Milli” and “Lollipop, “mixtapes like “Da Drought” series, member of the hip-hop group the Hot Boys, soloist behind his 5-part “The Carter” album series, was born Dwayne Michael Carter Jr. on September 27, 1982, in New Orleans, Louisiana.

Lil Wayne was truly little when he started rapping, since age 8, in the hard times, an impoverished neighborhood called Hollygrove, one of the absolute poorest in New Orleans. His humbleness is one of his many charms, such as when he admitted that throughout his life, he was aware that he couldn’t sing well, but that he could mold his voice to make music that sounds good.

After signing up with the Cash Money Records label started by the two brothers, Bryan “Birdman” Williams and Ronald “Slim” Williams,” Waye joined a successful roster that would include other Louisiana rappers like Juvenile, B.G., and Turk. He clearly has grown to take his legacy since those early beginnings more and more seriously, believing that music should reflect the individual.

What made Lil Wayne rise from just a rapper with Lil in front of his name before all the Lil Uzi Verts, Lil Dickys, and Lil Babys, to a whole lot of charisma as one of the respected wordplay rappers that make you hit the rewind button on a regular basis?

When Lil Wayne first hit the scene with the co-sign of the local record label and creative family unit Cash Money Records, his first sonic output was True Stories (1993), performing with B.G., under the name the BGs, before they would go on to become 50% of The Hots Boys four-man rap group. But when Lil Wayne was in the studio laying down the verbal foundation for his future, he was caught up trying to make an economical way for himself selling crack. He has discussed the mental toll that his troublesome youth took on him and that no human being is in any position to judge what he has had to do to survive.

To complicate matters more, his mother wasn’t too excited that her son was focusing on rap at such a young age, and most other kids like him were in school all day. Lil Wayne stated in the past that he accidentally shot himself in the chest with his mother’s gun, with the bullet cutting straight through him.

But he added more maturity and contemplation to the story many, many years later when he let it be known in a 2018 interview with Billboard that the shot was actually an attempt at suicide when his mom put her foot down and insisted that becoming a rapper was out of the question, and not in the realm of possibility.

After Wayne recovered from his gunshot wound, this created quite the wakeup call for Lil Wayne and his mother, who then saw how serious he was about his creative dreams. She gave him her permission to join the Cash Money Records crew, with her one wish being that he wouldn’t use profanity.

If you are wondering if he broke that rule from the very beginning or only as he got older, just listen to his 1999 solo debut, Tha Block Is Hot, he doesn’t curse on it. But that doesn’t mean that Lil Wayne was pushing himself to be a role model back in those days, stating that he doesn’t consider himself as an example of how anyone should live their lives and duplicate, further pushing his point forward by saying that if people need examples of how to live their lives (assuming that he is talking about adults and not little children) then what is the purpose of why they are alive?

Lil Wayne could smell the success coming from a mile away with the help of his other three group members: B.G., Juvenile, and Turk. The Hot Boys’ debut album, Get It How U Live! (1997) sold more than 400,000 copies, and that was followed by their new album, Guerilla Warfare (1999), which eventually sold more than 1 million copies.

When Lil Wayne launched his solo career with Tha Block Is Hot (1999), the song that shared the same name as the album itself was an enormous hit that jumped up to the pinnacle of the hip-hop charts, featuring appearances by members of the Hot Boys as well as the Big Tymers duo, also from Cash Money Records, Brian Williams, and Mannie Fresh, with the record going double platinum.

Lil Wayne officially signed his first solo deal with Cash Money Records in 1998, a year before Tha Block Is Hot, which goes done in entertainment industry history as the year the Williams brothers, CEOs of Cash Money Records, secured an unprecedented $30 million deal for Cash Money Records to receive major-label distribution through Universal Music Group, along with a $3 million advance and ownership of their masters and publishing.

Wayne’s next two albums, Lights Out (2000) and 500 Degreez (2002), sold a decent amount in their first week of release, but not like it was the first time around when he hit The Block is Hot out of this world. But that didn’t slow down Lil Wayne’s big mojo. He began doubling down on his music releases, but instead of putting them out as traditional albums, he started focusing on feeding hungry fans with mixtapes, with the spotlight on his new lyrics over familiar beats by other artists.

In 2003, Cash Money Records granted their loyal artist Lil Wayne his own record imprint, Young Money, which was 51-49 percent joint venture, and in 2004, Wayne released Tha Carter, which went on to sell 1.36 million albums in the U.S. alone.

With his foot still firmly on the gas pedal of his career, he followed up The Carter with a sequel, Tha Carter II in December 2005, debuting at the No. 2 spot on the Billboard pop charts, and in addition to the increase in revenue, it also brought more critical love. The next couple of years would show that Lil Wayne was quite dedicated to putting out music at a rigorous pace like his life was depending on it.

Lil Wayne released more mixtapes, including the critically acclaimed Dedication Vol. 2 (2006) with DJ Drama. During this same time, Lil Wayne teamed up with Bryan William, also known as “Baby” and “Birdman,” to create the 2006 album Like Father, Like Son. The heavy hit song on this album was the swagger-infused “Stuntin’ Like My Daddy.”

Being that Wayne realized that there had been multiple unreleased tracks of his being made public over the internet, he just went right ahead and put out his download-only EP The Leak in 2007 that contained songs came from his work on his anxiously anticipated next studio album, but he put them out in this form and never stopped to look back after doing so.

Tha Carter III featured some pretty hefty singles for Lil Wayne, including the No. 1 hits “A Milli” and “Lollipop.” The other rapper whose last name is ‘Carter,’ Jay-Z, appeared on the track “Mr. Carter,” and T-Pain was featured on “Got Money,” with vocal assists coming in from all angles with legendary singers and rappers like Babyface, Robin Thicke, Busta Rhymes, and Juelz Santana all showing up on Tha Carter III.

Lil Wayne is very competitive with himself, pushing the boundaries of his talent way past their perceived limitations. He has stated before that he believes that when someone strives to be the best, they need to push that agenda in all things that they do, even to the point that they throw their garbage away better than anyone. The idea to glean from this is that it isn’t about being a better than everyone, or acting better than everyone, or just being the best rapper with some BET awards; it is about going being any limits you think you have so that you get out of your own way so success can greet you face to face.

The summer of 2009 was enjoyed by Lil Wayne thanks to being on the road with his the Young Money Presents America’s Most Wanted Music Festival, featuring Young Jeezy, Soulja Boy, and Drake. Rapper Bow Wow was signed to the label that August also.

Fall 2009 didn’t quite follow up to the hype of the summer as the superstar pleaded guilty to attempted criminal possession of a weapon, which would lead to a 242-day sentence in Rikers Island in New York.

Lil Wayne truly leaves no stone unturned, including the time when he released his seventh studio album, Rebirth, with its rock/rap fusion in February 2010. But even though the title of the album is about rebounding in life and coming back stronger, Lil Wayne is still not someone who stays stuck living in the past:

“The more time you spend contemplating what you should have done… you lose valuable time planning what you can and will do.”

Then later that same year, Lil Wayne came right back and gave hip hop fans his eighth album called I Am Not Human.

Wayne released Tha Carter IV in August 2011, and it was wildly successful. In its first four days online, it managed to grab up 300,000 song downloads on iTunes, setting a new record, with hits from the album including “Mirror,” featuring the smooth vocals of Bruno Mars, and “It’s Good,” featuring fellow rappers, Drake and Jadakiss. Did quite a bit to bolster the strength of this fourth edition of “The Carter” series, which borrows from his last name Carter, and “The Carter” is the crack empire that was run by Wesley Snipes’ character in the 1991 movie New Jack City, the notorious drug kingpin Nino Brown.

Lil Wayne put out his 10th studio album in March of 2013, I Am Not a Human Being II, to great acclaim, selling 217,000 copies in its first week and debuted at No. 2 on the Billboard 200, which are all solidified proof that Lil Wayne was here to stay and his popularity was showing no signs of slowing down, even after flooded fans with music s for years prior.

Financial disputes with Cash Money Records and a strained relationship in the time with Bryan “Birdman” Williams contributed to the delay of Tha Carter V, so Wayne simply kept it pushing along and dropped the mixtape entitled Sorry 4 the Wait 2 and his Free Weezy Album in 2015. After the rapper finally extracted himself from his Cash Money contract in June 2018, the long-awaited Tha Carter V debuted at the Billboard top spot.

All the time doing his own thing, he also was featured on a long list of top-charting songs with artists like Chris Brown, DJ Khaled, and Chance the Rapper.

There are many things that Dwayne Michael Carter Jr. did when he wasn’t performing as Lil Wayne. Lil Wayne has made efforts to help other recording artists and underprivileged kids, establishing a charitable organization to help urban youth called the One Family Foundation, through which he worked to rebuild the athletic fields at his old school, Eleanor McMain Secondary School that were ruined by the wicked winds of Hurricane Katrina in 2005.

When discussing his approach to making music being similar to an athlete training to be the best in their sport of choice, he expressed what keeps him pushing to upgrade constantly:

“Honestly, I don’t listen to nobody else’s music but my own. It’s kind of like sports to me. You don’t see Kobe Bryant at a LeBron James game – he just works on his own game. And that’s what I do. I only listen to me, so I can criticize and analyze and all those things.”

Lil Wayne’s career is far from over, as long as he isn’t ready to retire. For those that are afraid that he might call it quits soon, taking some comfort in that he once stated:

“I don’t like to stop. I believe you stop when you die.”