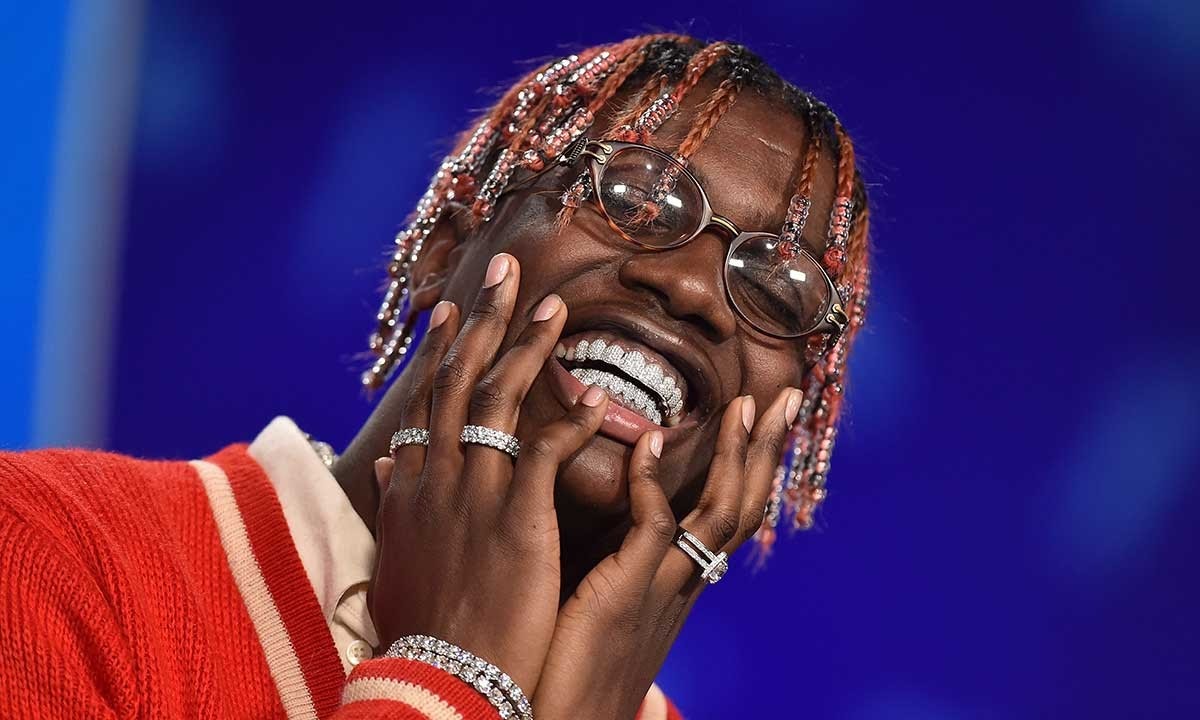 As someone who would describe himself as more of an artist than a rapper, Lil Yachty burst onto the scene in 2016 after one of his SoundCloud tracks went viral. Since then, his aptitude on social media has kept him afloat and kept the collaboration requests rolling in. But what type of a man is Lil Yachty really, and what does the future have in store for him?

Lil Yachty was born under the name Miles Parks McCollum in Mableton, Georgia. He grew up in Atlanta and was introduced to a life of media production through his father, Shannon McCollum, a well-known photographer. At an early age, he became accustomed to being in front of a camera and was introduced to music of many genres, inspiring him to be someone that didn’t hold to one version of what art could be. His musical influences ranged from the likes of Kanye West and Soulja Boy to Coldplay and Fall Out Boy to classics like the Beatles.

Growing up, Lil Yachty wasn’t afraid to stand out. He liked fashion, he liked bright colors, and he was bullied for it. But he always knew that his differences were what made him stand apart from others, distinct and memorable instead of fading into the background. He would use that to build his brand and his following.

Lil Yachty has been grouped with a new generation of rappers. These rappers gain huge fan bases from social media and achieve fame by going viral off Soundcloud and other media platforms. The longevity of their careers depends on if they can adapt to the new trends and keep their fans while remaining distinctly themselves.

The Beginning of Lil Yachty, the Artist

In 2015, Miles Parks McCollum decided to move to New York City after living in Atlanta and working at McDonald’s. He stayed with a friend and lived humbly, slowly building up his social media presence and networking skills. This slow pace led to him attending college at Alabama State University for what would only be a short two months, before he decided to move back and fully dedicate himself to cultivating a network of like-minded artists. Thus, Miles McCollum became Lil Yachty.

Lil Yachty got his start on Soundcloud, where his song “One Night” went viral after it was used in a comedy video. With these newfound thousands of eyes on him, he was able to capitalize on his months of hard work networking with fashion personalities and get a job modeling for Kanye West’s 2016 Yeezy show in Madison Square Garden.

Soon after his modeling exposure, he released his first mixtape Lil Boat, which peaked at 106th on the US Billboard 200. The rest of 2016 was filled with successful collaborations and featuring spots. Two features in particular, on “Broccoli” by DRAM and “iSpy” by Kyle, were extremely well received and were nominated for numerous awards, putting Lil Yachty firmly in the public eye.

Signing With a Label

Nearly a year after signing a joint record deal with Motown Records, Quality Control Music, and Capitol Records, Lil Yachty released his first full-length studio album, Teenage Emotions, in May of 2017. The album peaked at 5th on the US Billboard 200 and paved the way for two additional studio albums released in 2018, Lil Boat 2 and Nuthin’ 2 Prove respectively.

Throughout 2019 and 2020, Lil Yachty continued his streak of features and collaborations with other artists until he released his fourth studio album in May of 2020, Lil Boat 3. The album peaked at 14th on the US Billboard 200, the lowest position of any of his albums. However, the lower ranking of his last album didn’t deter the rapper’s determination at all. In fact, it was seemingly bolstered by the fact that Drake, a man who Lil Yachty has long looked up to and idolized, featured on one of Lil Yachty’s Lil Boat 3 tracks, “Oprah’s Bank Account.”

A unique figure in the crowd, Lil Yachty has long said he doesn’t want to be put in a mold, stuck in one genre or image. He wants to be considered an artist more than a rapper.

When Lil Yachty broke out on the scene, he was instantly recognizable for his brightly dyed red hair with beads, usually styled artfully in his face. However, 2020 saw the rapper ditch the red braids for his natural black color. Although some fans tried to analyze it as a sign of a turn to darker tones in his music, Lil Yachty has maintained that (much like Ariana Grande) his new hair is due to the strain that the red dye had on his hair, causing it to not grow correctly and to even fall out. So yes, the red dye is gone, but he still maintains his braids and beads.

Although Lil Yachty once was well known for his sparkling grill, nowadays, you’ll see him rocking a pair of very expensive veneers, as has been the trend for social media stars in 2020.

As someone who has deliberately kept a more mysterious and yet still open persona, Lil Yachty doesn’t have a specific style. Or, at least he won’t share it. He seems to be open to all types of fashion but isn’t one to follow specific trends. He does what he feels looks and feels right in the moment, whether it be matching his beads to his clothes or admiring crop tops on men.

For a man with such a unique combination of influences, styles, likes, and dislikes, defining him is actually very straightforward. He’s easygoing. This easygoing nature is what has appealed to his fans for so long. He’s humorous, fun, and distinctly lighthearted, a recipe for success on social media.

Early on in his career, Lil Yachty’s music was disregarded by established rappers who thought his generation of Soundcloud rappers wasn’t authentic or real to the genre. He was accused of being style over substance, with his rap style specifically being called “mumble rap.”

These early criticisms didn’t seem to phase Lil Yachty much, as he had long wanted himself to be genre-defying with his music anyways. He rejected restrictions of what people consider to be real rap. As his fanbase is mainly young like him, he wants to remain relatable, wholesome even, wanting to rap more about teenage life than alcohol and drugs. In fact, in his early days, he claimed to not like the taste of alcohol or the effects of drugs, saying he didn’t need either in his life.

Lil Yachty has described his music as “happy bubblegum trap” and “boat music,” an interesting choice of description since three of his four albums are named Lil Boat 1, Lil Boat 2, and Lil Boat 3.

He wants his music to be fun and genre defying. To that end, he raps about video games and samples music and themes from cartoons to include in his songs. Lighthearted and fun, Lil Yachty doesn’t want his music to be a copy of rappers before him; he wants to be distinctly unique. An artist more than a rapper, a recognizable brand above all else.

With 14 songs on the Billboard Hot 100 Songs, four full studio albums, and a fervent young fan base founded on social media, Lil Yachty is quickly blazing a path in the music industry. He continues to reap the rewards of his hard-won networking skills, collaborating with dozens of rappers and producers – some up and coming, while others are people he has admired for ages. In 2016, he even appeared in a Sprite commercial with Lebron James, expanding his network even further beyond artists in the music business.

Lil Yachty has appeared in three movies: Life-Size 2: A Christmas Eve, Long Shot, and How High 2. He has also done voice work in one animated movie: Teen Titans Go! To the Movies.

Although he gained fame through social media, Lil Yachty’s personal life has been fairly quiet when compared to the blatant over-exposure of other artists and influencers.

At the beginning of his career, Lil Yachty was a part of a group called The Sailing Team, composed of other rappers and producers such as K$upreme, Burberry Perry, and his own sister Kodie Shane. However, since 2019 Lil Yachty has stated that The Sailing Team is no more, claiming that his effort in the group outweighed the rest of their contributions.

Lil Yachty gained his initial fame from social media. He owes much to it, and yet it has also landed him in controversy and feuds. Most controversy comes from his twitter account, and song lyrics, namely his song “E-ER,” which fans have felt sexualizes a female TikTok star inappropriately.

One of Lil Yachty’s most famous controversies was a three-day feud with Soulja Boy over a photo and leaked audio. It resulted in a public reconciliation over social media and a few extra thousand followers each for them.

In 2015, Lil Yachty was arrested in Florida for credit card fraud and stayed in jail until he paid a bail of $11,000. He cited the incident as something he never wanted to repeat. However, the dreaded year of 2020 brought more issues with the law in the form of speeding and crashing Ferraris.

He is also currently being sued for assault and battery following an altercation with a man during the 2019 Rolling Loud festival.

Lil Yachty has promised his fans new music for 2021 and has so far released a music video called “Royal Rumble,” a collaboration with six other rappers all hailing from Michigan. He also has plans to tour starting in May, with a stop at the Rolling Loud Festival in Portugal in June.

Beyond music, he will have a role in the upcoming Mattel Films movie based on the game Uno. So far, it is said to be a heist movie based in Atlanta, following Atlanta’s underground hip hop culture.

Other than that, he stays a constant influence on social media, recently showing off his closet and impressive collection of shoes. As someone who was built on the backbone of social media, the race to stay relevant is ever important to an artist such as Lil Yachty. The music industry held more interest in him in the beginning of his career, as he had skyrocketed so fast and so young into the public eye. However, Lil Yachty still peaks interest and is bound to remain in the game for a while, if at least due to his business skills.

They Came From Soundcloud: Lil Uzi Vert and the 6 Rappers Who Could Be Rock Stars | W Magazine