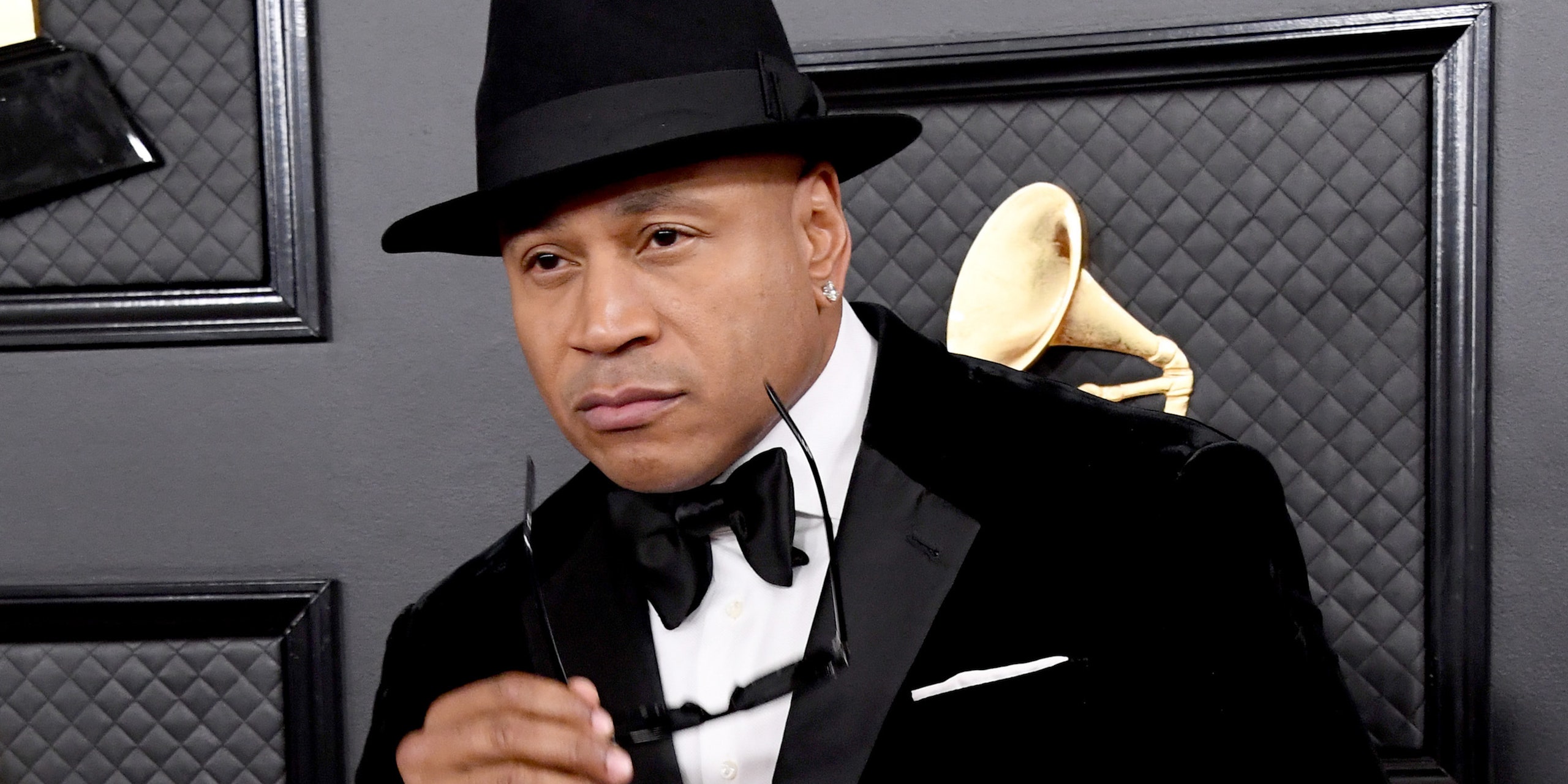 You probably live under a rock if you haven’t heard of LL Cool J considering he has been a big Hollywood fixture for close to 30 years. With countless record sales and a successful Hollywood career under his belt, the mythos surrounding the rapper turned actor makes it seem like he hasn’t experienced any adversity whatsoever.

But the truth is a lot more tumultuous. LL may be a sanitized and seemingly tame public personality today, but that doesn’t mean he hasn’t been through trauma. And understanding what he’s been through can help you understand how he’s become such a powerful force in the world of entertainment. But before he made it big in the entertainment industry, he almost lost his entire family because of a violent outburst by his father.

James Todd Smith was born January 14, 1968, in Bay Shore, New York to Andrea Griffin and James Louis Smith, Jr. is also known as James Nunya. When Smith was just four years old, he came home and saw both his grandfather and mother bloody and unconscious from being shot by his father. The turmoil didn’t stop there. After his mother was released from the hospital and allowed to go home to recover from her injuries, she started dating drug addicts and bringing crime into the home. One of her boyfriends even beats LL Cool J with an extension cord, his fist, and vacuum attachments for even the smallest thing.

Smith found solace in writing and decided that he could pursue music professionally. Considering he started writing rhymes when he was under the age of 10, he just got better with them. LL Cool J was initially inspired to write rap after listening to music by the Treacherous Three. By the age of 16 years old, the rapper was making demo tapes while he was visiting his grandparents. His grandfather who was a musician himself saw potential in LL Cool J and decided that he was going to spend $2,000 on music equipment. That equipment included turntables, an audio mixer, and an amplifier. His mother was even supportive of his desire to pursue music donating her tax refund on a Krog drum machine.

After making countless demos and sending them off to various labels, he finally got a record contract and began work. On November 18, 1985, the rapper released his first studio album entitled Radio to immediate critical acclaim. That year, the album peaked at number 6 on the Top R&B Hip Hop charts and number 46 on the Billboard charts. The album remained on the R&B charts for 47 weeks. He saw breakthrough success with his song “I need a beat” and record executives began to scout out the rising talent so he could sign to a bigger label.

LL Cool J claimed he encountered Satan during this period and converted to Christianity as a result. “He came to me, wanting me to sell my soul,” LL remembers. “I couldn’t see him, but he held me down and told me, `You can be whatever you want to be, but you have to say yes.’ “I said `no.’ And after that, my life went down. Everything around me was just crumbling. But then it just started looking brighter again. I just kept the faith and believed in God.”

The rapper’s second album, “Bigger and Deffer” was released in 1987 and produced by DJ Pooh and L.A. Posse and even to this day, it stands as one of his biggest-selling career albums considering it sold 2 million copies in the United States. The album also spent 11 weeks at number one on the Billboard charts and reached number three on the pop charts. Considering the rapper was going in a different direction musically, his initial fan base began to decline claiming that the artist had simply sold out.

1990 was a great year for the rapper. He released his fourth studio album “Mama Said Knock You Out” to critical acclaim. With the record going double platinum, it seemed as if the rapper could not be stopped. He worked on the album with Marley Marl and it proved to be a successful collaboration. According to the RIAA, the release marked a pivotal moment in the artist’s career and he won a Grammy for the endeavor. Marl said that the two were trying to get inspiration from venturing out into the club scene. “We didn’t know where we were going with it. It became the Mama Said Knock You Out LP, but we were just making random tracks . . . going to the clubs . . . after we went to the clubs, going home and trying to capture the same feeling in the studio with the music. All of a sudden, we’re, like, eight tracks in, and I didn’t even have a contract to do an album with him. We were just grooving. After we were in the studio and we felt each other, we just kept it moving,” Marl told Vanity Fair magazine.

Although the album was highly successful, it was going to be scrapped due to an argument the rapper and producer had. “That it was never supposed to have happened. “Me and LL had . . . we had, like, semi-beef from the MC Shan era. So at first, we weren’t really getting along. I was down with the Juice Crew, and he was down with the Def Jam crew, so it was almost like a friendly rivalry going on. I guess he was astonished that I would even tell him to come to the radio station and promote his album. But that was the first time we ever really, really connected right there. It was something we just conceptually ran in the studio and started making tracks together and building good tracks.”

Marl couldn’t deny the rapper’s obvious growth on the album considering he was in his early 20s at the time of its release. “It just showed another side of LL. It showed his growth, too. You gotta think—he was actually growing up at that time. He was rhyming over some hard tracks. His other tracks were hard, too, but this had a little street element to it this time. A little dirt. A little Queensbridge dirt was sprinkled on it, you know. It’s one of the albums that helped shape the direction of where rap and everything was going at that time.”

In the early ‘90s, LL Cool J decided to take a stab at acting, performing in The Hard Way and Toys. Then, he released 14 Shots to the Dome which only had four singles. He continued to act having roles in the NBC show “In The House” and then released his album, “Mr. Smith” in 1995. “Mr. Smith” went on to sell two million copies and included the songs “Doin It” and “Loungin.” The track “Hey Lover” featured the popular ‘90s hit R&B group Boyz II Men which sampled the Michael Jackson track “The Lady In My Life.” The song eventually won the LL a Grammy award.

In the year 2000, LL released his album G.O.A.T. which went on to debut number one on the Billboard charts. In 2002, he released “10 from 2002” and inclined the tracks “Paradise” and “Luv U Better” which was produced by Pharrell from the Neptunes. The album felt modern for the time and kept LL on radio stations. He even did a collaboration with Jennifer Lopez entitled “All I Have” that was exhaustively played in dance clubs that year.

LL began working on his 11th studio album in 2005 and it was released April 11, 2006. The album had many different hit songs with collaborations with different artists. 112, Ginuwine, Juelz Santana, Teairra Mari, and Freeway were featured in tracks on the album.

“Control Myself” was the first track released on the album and featured singer/songwriter Jennifer Lopez. LL announced that he had begun work on his final album with Def Jam and was entitled Exit 13. After a two-year delay, the album was released in 2008.

In March of 2011 at the festival South by Southwest, LL announced that he was working with Z-Trips and was his special guest at the Red Bull Thre3Style showcase. Carson Daily interviewed the two artists after they performed together and promised to continue working on new music in the future. The two released a couple of sings and have been touring together ever since they met in 2011.

Although LL had been both a successful actor and rapper, music has always been his number one passion. It should come as no surprise that he does continue to pursue the process of writing. On October 6, 2012, LL released a new single from Authentic Hip Hop which was entitled Ratchet. Eventually, he changed the name from Authentic Hip Hop to simply Authentic which was released April 30, 2013. On the album, he collaborated with guitarist Eddie Van Halen. “I was always blown away by his ability to play the guitar. I thought it was so dope, so I wanted to work with him,” LL Cool J said of working with Van Halen “I got in touch with him. He came by the studio, we talked, we kicked it. One thing led to another, and we made a couple of songs.”

On October 16, 2013, LL received the news that he was nominated as an inductee for the Rock and Roll Hall of Fame. In 2014 he announced that his 14th studio album G.O.A.T 2 was completed and would be released in 2015. Unfortunately, that never happened considering the artist believed it wasn’t up to his liking and thus the release was put on hold. He believed the album was good but wasn’t confident it would have many hit songs. Considered LL had been in the business for a while, he received his star on the Hollywood Walk of Fame on January 21, 2016. That same year, he announced that he was to retire from social media. He quickly backtracked considering he had a new album on the way. In September of 2019, he announced that he resigned from Def Jam Records and was going to release new music in the future.

LL has been acting since the early 90s and has had a successful career doing so. In the late 90’s he played in many different horror and action films including Halloween H20 and Deep Blue Sea. He is best known for his role in the hit show NCIS which is a police drama that plays on CBS. In the show, he plays Special Agent Sam Harris who is an ex-Navy Seal. In 2013 LL received a Teen Choice award for working on the show. LL has also taken a stab at hosting on live television. Since the spring of 2015, LL has hosted the show Lip Sync Battle. On the show, celebrities battle each other by lip-syncing. Then they are judged for their performances.

LL has also worked in fashion. He helped work with a sportswear line called TROOP. Eventually, he launched his clothing line called Todd Smith. Some of the clothing designs featured lyrics from his songs. He also took a stab at writing books writing four books including And The Winner Is and I Make My Own Rules, The latter was an autobiography about his life. In the book, he describes the traumatic event that occurred during his childhood. It also describes his rise to fame and how he has enjoyed the limelight for over 30 years.

It’s rare for an artist to have the staying power that LL Cool J does, especially in the rap game. But the reason we’re still hearing about him – at least once in a while – is that he’s kept his interests diversified. We aren’t going to see him topping the Billboard charts any time soon, but he found he has the talent to operate as a journeyman in a wide range of different fields.