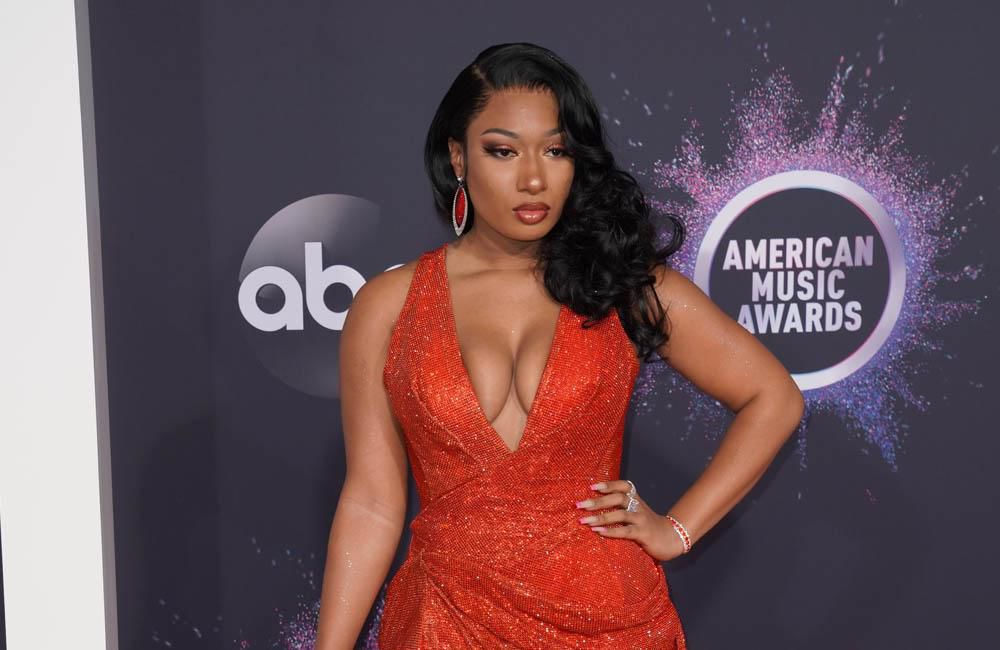 Megan Thee Stallion might be one of the hardest working rappers in the game right now, and the blade she’s cutting out her place with is as sharp as her bars.

You only need look as far as her name to get a sense of how Megan is changing the landscape of the industry. Thee Stallion, so called because of her towering, Amazonian 5-10 frame and brick-house body, is not just a formidable female rapper, but an artist in her own right. Despite the masculine connotation of the word “stallion,” Megan has made it synonymous with her music and her unique brand of powerful, overtly sexual feminism in a male-saturated industry.

And with lyrics that would – and have – made a lot of these men blush, she is anything but subtle with it. Still, her quick-witted turns of phrase and rapid-fire, flawless delivery set her apart and make her a force to be reckoned with.

From Childhood to Cyphers

Born in Houston and proudly representing the H-Town Hotties, Megan Jovon Ruth Pete arrived on the scene when she was still a child.

Her mother, rapper Holly Thomas, or Holly-Wood, was in and out of recording studios in the early 2000s all while Megan watched on with curiosity and burgeoning interest, her enormous talent building steam beneath the surface. She wrote bars from the age of seven onward, but did not share any of them with her mother until she was eighteen.

Megan describes those early lines as “like how I rap now, but probably a little bit more ratchet.” Holly forbade her from performing until she was at least 21. In 2016, shortly after she had reached that hallmark age and with her mother’s blessing, she appeared in a now-famous cypher on YouTube as the lone woman among local male rappers. Her attitude transcended the screen; the rookie rapper with the supermodel stature bringing the raunch and bringing it hard.

Ultimately, Holly Thomas was so blown away by her daughter’s talent that she quit her job to become her full-time manager in 2018. This naturally led fans to clamor for the possibility of a potential collaboration, but as Megan told Vibe Magazine in October of 2018, it was unlikely the two would be writing any bars together. “Sometimes when we’re in the studio, I get her so hyped that she’s like, ‘Megan, I’m about to get in the booth and come out with another mixtape.’ I don’t think that will happen because we bump heads, and we would definitely bump heads trying to write together.”

Four years, three EPs, one mixtape, and 25 singles since that first viral cypher, Megan is featured on the hottest track of the year with Cardi B, which went straight to number #1 on Billboard’s Hot 100. “WAP” was so much more than the best summer jam destined for viral memedom since Nicki Minaj’s “Anaconda,” it has launched a dance craze on TikTok and caused a conservative political commentator so much confusion and stress about his marital relations that he is unable to keep his focus on the upcoming Presidential election.

But besides being a cheeky (literally, often) and visually appealing music video, “WAP” has done so much more to cement its place in rap history as an anthem to sexually liberated women. It is a welcome role-reversal, a colorful Winchester mystery house of powerful women getting theirs first and telling you exactly how they want to get it.

The lyrics are not just wanton declarations of lust, as much as the puritanical pearl-clutchers would have you believe it. Positions, and not just in sex, play a major part of the game-flipping in “WAP.” In Megan’s verse, a would-be lover who has the audacity to ask her “whose is it?” during sex will have the answer plainly spelled out for him – literally – it’s hers. He’s merely sharing it. And he better treat it well while she lets him play with it.

This is hardly the first time Megan has lyrically claimed agency over her body. Themes of self-confidence and sex-positivity run through her discography like an electrical current. On Make It Hot, the debut EP she dropped in September of 2017, she plainly states on the single “Pull Up Late,” and echoes a line from that first cypher in Houston, “Ask for my number, it’s Chanel No. 9/Only time I’m a freak is if I really got the time.”

In December of 2018, her sophomore album Tina Snow was released, featuring a buxom Playmate inspired alter ego and her first single to reach the Billboard Hot 100. “Big Ole Freak” debuted at #99 and rose to #65 on the charts. Billboard called it “a saucy club banger,” while the Interior Review dubbed it “lavish, theatrical perfection.”

The track features an intro with a sample of Immature’s “Is It Love This Time” before descending into a smooth trap beat with synth seamlessly strung through, and over it all – the filthiest pillow talk delivered with a cool frankness. “Cocky AF” was the second track off Tina Snow to gain popularity, a bassy, buzzy deep beat with a xylophone metronome keeping time throughout that was featured on an episode of the HBO original series Euphoria.

A few months before the release of her debut mixtape, Fever, Megan’s mother passed away. The blow came in March of 2019, right after the promotional first single “Sex Talk” dropped. Megan took to Instagram to announce the sad news in a post that has since been deleted. Two weeks later, her grandmother also passed.

But she did not stop working, which led some people to criticize her grief process. Baseless conspiracy theories arose and Megan clapped back at these hard. Some accused her of marketing her tragedy because the mixtape single rollout coincided so closely with the two weeks in which Megan lost the two people closest to her in life, and they speculated that it had helped fuel the fire of her “breakout year.”

In a way, it had, though not in the cynical way the haters had tried to spin it. She worked harder than ever, tweeting her official response: “After my mom passed I promised myself I was going to keep going hard (because) not only is music my dream but it was her dream for me too.” Fever hit streaming services on May 17, 2019 with an iconic 1960’s blaxploitation film diva motif on the cover, the intro and second single “Realer” opening with an ironically almost-coquettish clearing of the throat before lashing into her trademark savage self-assuredness. “Cash Shit,” the third single, was a collaboration with rapper DaBaby. Pitchfork gave Fever an 8.0 and called the mixtape a “once and future Houston rap classic… steeped in sex, pimpin’, and power.”

The breakout year well underway, Megan recorded a track with feature artists Nicki Minaj and Ty Dolla $ign called “Hot Girl Summer.” The music video is a throwback to MTV spring breaks of yesteryear, with the titular “hot girls” twerking on pool floats, bottles popping, and even a fake news report mid-song to announce that “the hot girls have won!”

This massive party of the year is all the overwrought imagination of an adorably awkward, frustrated teen we see at the beginning of the video, who asks herself the question “What would Megan do?” before unsuccessfully trying to drop it low to the floor dancing in front of a mirror and cursing her weak knees. It was the perfect cap on the blowout success that 2019 was for Megan, a breezy, bouncy summer anthem and callout to the Houston Hottie crew that had been supporting her since she started.

Megan spent the next few months lending her now-iconic, instantly recognizable vocals to other artists’ tracks as a feature. She appeared on then-boyfriend Moneybagg Yo’s “All Dat,” the music video giving thirsty fans a steamy, explicit inside look at their relationship as the two play house (and cat and mouse) in a hilltop mansion. She was then tapped for two tracks for feature films: “Ride or Die” for the movie Queen and Slim with VickeeLo and “Diamonds” for Birds of Prey with Normani, the soundtrack for which also included Doja Cat, Halsey, and Saweetie.

Spring of 2020 saw the first single drop from Megan’s much-anticipated third EP Suga, which came out in March. “B-I-T-C-H” charted at #31 on the Billboard Hot 100 and snagged her a plug performance on the Tonight Show with Jimmy Fallon, where she displayed her amazing vocal controls by censoring her own explicit lyrics even as she rapped them live. “I’d rather be a B-I- T-C-H cause that’s what you gon’ call me when I’m trippin’ anyway,” she intones on the track.

The lyric is evocative of the same energy in Beyonce’s “Hold Up,” where she sings “what’s worse, being jealous or crazy… or, like, being walked all over lately? I’d rather be crazy.” The second single off the EP, “Captain Hook,” dropped not even a week after Suga’s official release with a self-directed music video featuring Megan in a studio sporting platinum cornrow braids, scribbling bars on a notepad and then recording in the booth while her Hotties party. A choreographed dance by TikTok star Skaibeauty went viral soon after.

The real MVP of Suga was “Savage,” boasting double-platinum and gold and yet another viral TikTok dance. A remix featuring Beyonce was released a month later, and Megan went straight to the number one position on the Billboard Hot 100 for the first time. She wrote the track on the spot in less than an hour according to her engineer, Eddie “eMIX” Hernandez. Complex Magzine called the track the best song of 2020, hailing it as “flawless… there was no other moment in music this year that demanded the collective attention of popular culture when it dropped like it did.”

“Girls in the Hood” was a social media release in June of 2020 with a meme-like format to the lyric video and a sampling of Eazy E’s “Boys in the Hood” underscoring the whole track. It peaked at #28 on the Billboard Hot 100 and Megan performed it at the BET Awards. It is a pure, fun California 90s rap throwback with bars relatable for today’s millennials. I fairly cackled at “I’ma make him eat me out while I’m watchin’ anime/Pussy like a Wild Fox, lookin’ for a Sasuke.”

So what’s next for the hottest rapper of the year? Graduation. Even though her star began to rise while she was enrolled at Texas Southern University, she did not put her health administration degree on the back burner though her fame did eventually require her to switch to online classes.

She remains determined to finish, because it’s what her late mother and her grandmother would have wanted, making it clear on the track “Tina Montana” that her intentions for her academic future are solid despite how successful an artist she becomes: “I had to start from the motherfuckin’ bottom/My momma told me to get ’em, I got em/My granny told me you goin’ to school/Getting that degree and making it cool.”

Megan definitely has some “cool” dreams for paying it forward once she finishes college. The star wants to open her own series of assisted living facilities in her hometown, staffed with her fellow Texas Southern University graduates.

Whether you think she’s crude, cunning or courageous – or all three – Megan Thee Stallion is challenging the rap patriarchy in her own way with her music. If you’re uncomfortable, good, she’s done her job. If you are titillated, she’s succeeded as well.