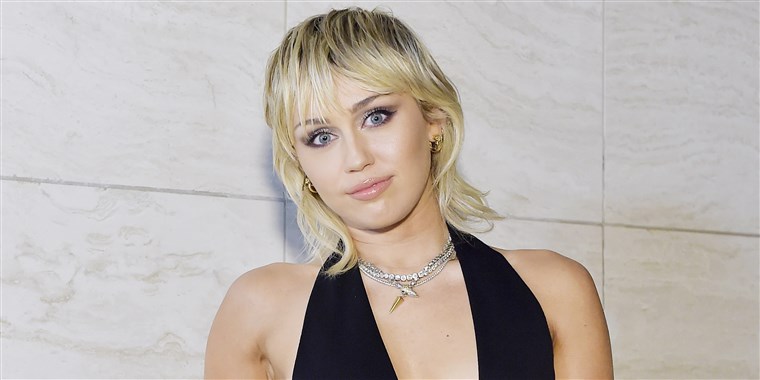 She may have risen to fame as a Disney star, but she is so much more than that! Singer, actress, songwriter, activist, and producer, Miley Cyrus has grown in the public eye into a multi-talented woman. Read on to learn all there is to know about her!

Destiny Hope Cyrus, the child who would become Miley Ray Cyrus, was born November 23, 1992, to country star Billy Ray Cyrus and his wife, Tish. Her father was a huge breakout star in the 1990s, and her family had some interesting friends. Miley is the rare person who can claim national treasure Dolly Parton as her godmother. Dolly Met Billy Ray on a film set and their friendship blossomed into the family.

Young Destiny Hope spent her childhood on her family farm outside Nashville. As a child, Destiny Hope smiled so constantly that her nickname became Smiley, which was eventually shortened to Miley. When she began acting professionally, she chose Miley Ray Cyrus in honor of her dad, and legally changed her name in 2008.

Miley first came into the public eye at the age of 13 in 2005 as the star of Hannah Montana on the Disney Channel, alongside her real-life dad Billy Ray. Miley played a girl who lived a double life as a regular girl who donned a blond wig to become a pop superstar. Her dad Billy Ray portrayed her dad on the show. Disney released an album of songs from the show in 2006, but Miley was credited on the album front as Hannah Montana.

Her first album as Miley Cyrus as “Hannah Montana 2: Meet Miley Cyrus”, released June 26, 2007, by Disney. This was released as a double album, with half the tracks under Miley’s name, and the other half as her alter ego Hannah. As you might expect, Miley’s image was to remain clean-cut and wholesome during her Hannah Montana period. Disney has certain expectations of their stars, and Miley maintained that image while in character and out.

In 2008, during her “Best of Both Worlds” tour to promote Hannah Montana album 2., she released a concert film to air in theatres, opening up a larger demographic than her existing tween fan base. She followed this up with her second album, “Breakout”, released July 22, 2008. While working on “Breakout” she also starred in the Disney animated film, Bolt, and wrote and performed a song for the soundtrack, “I Thought I Lost You”, which went on to earn a Golden Globe.

Around 2009, Miley began dating her on-again/off-again boyfriend and future husband, Liam Hemsworth. Miley continued to perform as Hannah Montana until the show’s cancellation in 2011, starring in the show and “Hannah Montana, the Movie”, while recording two more soundtrack albums, an EP as Miley- “Time of Our Lives”, which included the hit “Party in the USA”, and her own record, “Can’t Be Tamed”, which dropped June 19, 2010. By 16, Miley had become the youngest woman ever to have four number-one albums on Billboard. Now 18, Miley was focused on reinventing herself.

During this period, Miley began to separate her personal persona from the clean-cut Disney Hannah Montana image. Her style for her personal records was a little more mature and risque than Disney typically allowed, and her aging tween fans (and their parents) weren’t sure how to handle the new Miley.

The relative financial failure of this album and the final Hannah Montana record did not stop Miley from ending 2010 at number 13 on the Forbes celebrity 100. Miley took this time to take a break from singing, and focus on acting.

Miley starred in the Nicholas Sparks adaptation “The Last Song”, and Hosted Saturday Night Live for the first time in 2013. Her performances on both were critically derided, but well-received by her fans.

With the cancellation of Hannah Montana in 2011, Miley was no longer bound to her Disney image. Now a 21-year-old woman, Miley was ready to return to music and did so with the release of “Bangerz” on October 8, 2013, It became clear that the Hannah Montana days were over. The album featured much more sexualized lyrics, and the video for “Wrecking Ball” with a nearly naked Miley licking a sledgehammer quickly became iconic, with parodies still being created. Wrecking Ball would go on to become Miley’s first Billboard number one.

Paired with her controversial VMA performance of “We Can’t Stop”, where she did dirty things with a foam finger and twerked Robin Thicke, Miley was clearly announcing to the world that the tween pop star was gone, and she was now an adult.

Three days after the release of “Bangerz”, Miley Hosted SNL for a second time. A few months later, she was declared MTV’s artist of the year. She would go on to host the 2015 VMAs, the first out pansexual to do so. This was the same year that would see Miley Declare herself a vegan after finding her dog mauled by a coyote.

While hosting the VMAs, Miley made the surprise announcement that she had a new album that could be downloaded on Soundcloud free of charge. This next effort took her in a totally new direction. The 2015 album “Miley Cyrus and her Dead Petz” was completely different from anything she had done before, with elements of Psychedelic and alternative rock mixed in with her more traditional pop stylings.

The album is the result of a lengthy collaboration with Wayne Coyne of the Flaming Lips and featured several other artists to produce the massive album, which was then released for free. Miley was concerned she might have to wait out her contract with her label because she was so committed to releasing the record for free.

Although Miley had come out as pansexual to her mother at 14, she left the question open in the general public discourse for several years. In 2015, she identified herself as gender-fluid to Time Magazine. As early as 2010, Miley was including songs in support of the LGBTQ community (“My Heart Beats for Love”), and Miley has consistently supported LGBTQ youth.

In 2016, Miley began working as a coach on the NBC program “the Voice”. While filling the coach’s seat for this season, she continued work on the album that would eventually become “Younger Now”. “Younger Now” was released on September 29, 2017. This album, while not a total flop, failed to match the commercial success of some of Miley’s earlier efforts. It Premiered at Number 5, and fell in its second week to number 36. INcluding Hannah Montana albums, this was Miley’s 11th top ten entry.

One of the Hallmarks of Miley’s career so far has been her willingness to take risks and try something different. After taking a year off from season 12 to record “Younger Now”, Miley returned to the voice in season 13 as a coach. She opted due to her responsibilities as a coach, and the album’s relatively poor performance to not include a live tour for “Younger Now”.

Rather than releasing a seventh traditional album, Miley chose to release it as three separate six-song EPs- “She is coming”, “She is Here”, “She is Everything”. The first EP, “ She is Coming” was released in May of 2019. The release of the second and third EPs has delayed, after being scheduled for summer and fall of 2019.

After first dating in 2009, Miley and actor Liam Hemsworth got back together and were re-engaged, first in 2012, then again in 2016. After the 2016 engagement, they married in December of 2018. They separated in August of 2019, with Liam filing for divorce 9 days later. By January of 2020, the divorce was finalized. Miley has been romantically linked over the years with square-jawed actors and female models. For her rebound relationship after separating from Hemsworth, she briefly dated Kaitlynn Carter. After her breakup from Carter, she dated Australian singer Cody Carter. The two broke up in August 2020 after 10 months together.

Her struggle with smoking caused her to have vocal surgery in her early 20s. She was diagnosed with Reinke’s edema which is almost always caused by smoking and is a swelling of the space below the vocal chords. She was able to get rid of it before it got any worse. And, since she quit smoking, she ended up stopping drinking as well.

“I don’t smoke anymore and I’m sober,” she said in an interview with Joe Rogan. “The vocal surgery kind of did it for me, because I just learned so much about the effects … You’re just not taught it’s not really the drinking, it’s the staying up all night. Once you have your drink, you end up smoking.”

She said she ultimately quit for her career and health. She went on to discuss how she was taught all of the technical proficiency in music but no one really discussed with Miley about how to maintain her voice long-term.

In August of 2020, Miley confirmed that her long-delayed EPs “She is Here” and “She is Everything” were canceled.

Throughout Miley’s career, she has been an activist. Her support for marijuana legalization and recreational use is well documented, leading to some of her early scandals. Miley has offered support for LGBTQI youth, going so far as to create a charity, the Happy Hippy Foundation, to provide resources for homeless LGBTQ youth and their families.

She has performed for an array of charities since as early as 2010. She has donated costume pieces to auction for Haiti hurricane relief. For her VMA win for “Wrecking Ball”, she had a homeless young man accept her award, and use the acceptance speech portion she was allotted to talk about how musicians can help homeless youth nationwide and in LA.

In a little over 13 years in the public eye, Miley Cyrus has been many things. Tween pop star, producer, songwriter, Disney channel kid, Mainstream movie actress, reality show judge, activist, scandal. Miley has worn all these hats with strength and individuality. From wearing a blond wig on Disney at 13 to twerking on The VMAs, Miley has come in like a wrecking ball. She is never afraid to be herself, even when she is trying to figure out exactly who that is.