Mumford and Sons: The Full Profile 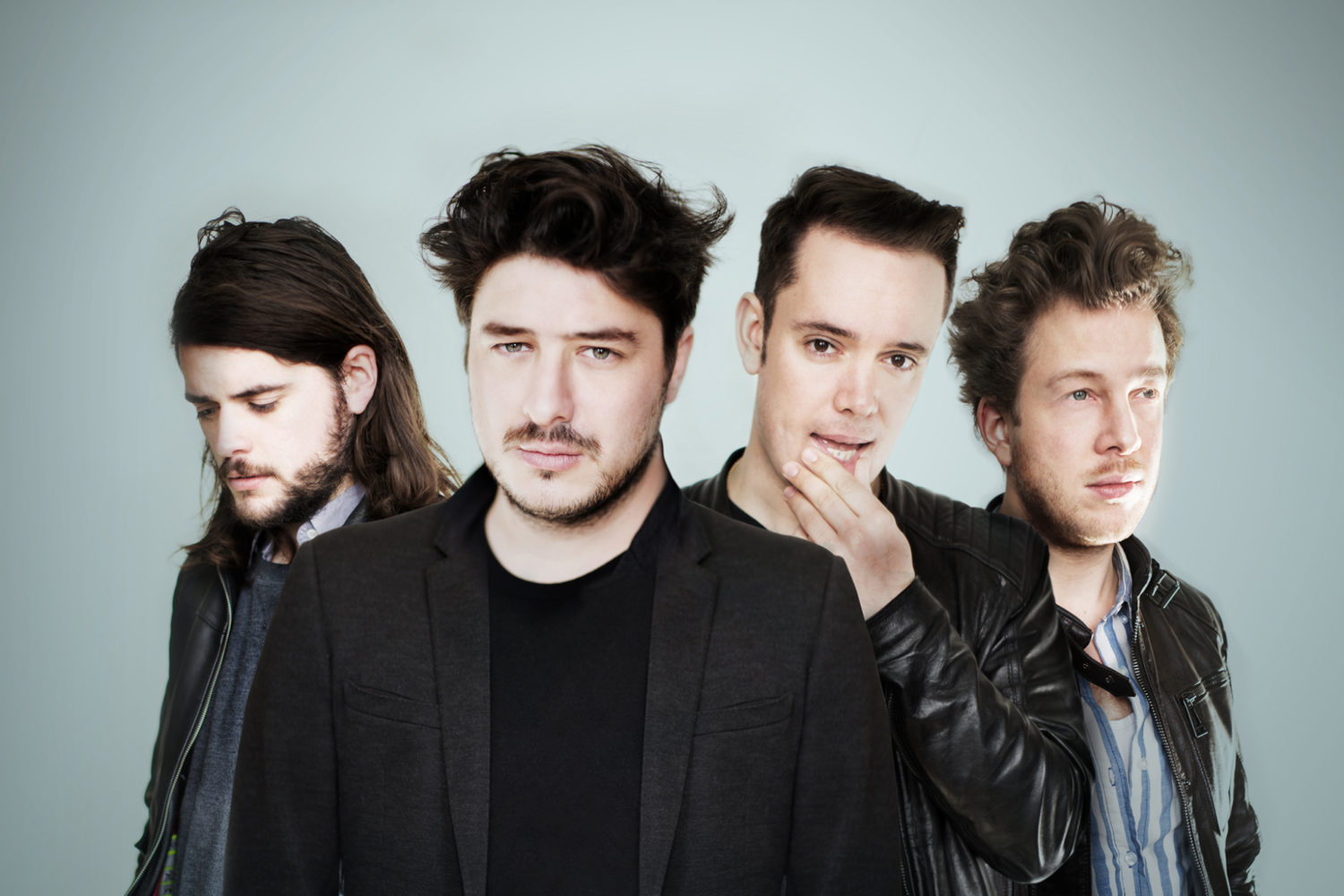 Considered one of the most successful acts to identify as part of the English folk-rock revival of the 21st century, Mumford & Sons, gained traction in many places across the globe for their interesting fusion of bluegrass, folk, indie, country, and rock. With the release of four studio albums to date – Sigh No More (2009), Babel (2012), Wilder Mind (2015) and Delta (2018) – Mumford & Sons have enjoyed gracing it to the top of the UK Albums Chart and Billboard in the United States.

Along with their studio albums, Mumford & Sons has also produced three live albums

Live at Shepherd’s Bush Empire (2011), The Road to Red Rocks (2012) and Live from South Africa: Dust and Thunder (2017) – and graced the live performance stage as headliners, as in the case of their performance at Glastonbury Festival in 2013. With a multitude of awards and nominations that they have earned throughout their career – whether it is their Brit Award, Ivor Novello Award, Mercury Prize nomination, or their six Grammy Award nominations – this is surely a band with a noteworthy career.

Whether it is for their unique sounds, their globe-trotting tour schedule, or their eclectic and stadium-ready style, Mumford & Sons is certainly a band that has earned their spot on the mainstream charts. But exactly how many fun facts do you know about this British folk-rock band? That’s where we come in with a play-by-play retelling of their music career – from the early years to their most recent musical and production contributions.

Mumford & Sons, a British folk-rock band hailing from London, United Kingdom, formed in 2007. The collective is made of four members: singer/guitarist/drummer Marcus Mumford, who was born in the United States to parents who were visiting missionaries for an evangelical Christian movement with a strong emphasis on worship music, vocalist and banjo/Dobro player Winston Marshall, vocalist/keyboardist Ben Lovett, and vocalist/bassist Ted Dwane.

Like many bands, the multi-instrumentalist quartet formed a bond through their love of roots music and their appreciation of instruments – collectively, Mumford & Sons play acoustic guitar, drums, keyboard instruments, bass guitar, kick drum, and traditional folk instruments such as banjo, accordion, mandolin and resonator guitar. Some think their music is reminiscent of Bob Dylan when they listen for the first time.

The band’s name, in part an attempt to reference the past and the band’s most visible member – Marcus Mumford – also what band member Ben Lovett also calls: “an antiquated family business name.” Despite what the name suggests, Mumford is not the father of his band members. Though given Mumford’s personal history, namely his upbringing, it should come as no big surprise that his lyrics are full of references to Christianity as in the case of the lyrics for “Below My Feet” and “Not with Haste.”

Mumford & Sons began developing their sound alongside a variety of similar bands who were gaining both traction and visibility West London – so much so that this movement has since been labelled the “West London folk scene.” The scene was made up of a number of performers – many of whom were referred to as “new traditionalists.”

These musicians included: Laura Marling, Noah and the Whale, and Johnny Flynn. In an interview with the Herald Sun about the band’s approach to music and sound as members of the West London folk scene, Marcus Mumford stated that their style was not really folk, or part of any particular scene. He claims that some critics recognized that a series of bands in a hundred mile radius were playing similar styled music – and they decided to sell it as a trend. He claimed that it wasn’t an exclusive scene that they were a part of. Rather, they were playing as part of a community.

On the Road to Success

By 2008, the band began making waves by playing their first large crowd – the Glastonbury Festival. That same year Mumford & Sons also released their debut EP, Love Your Ground, which was quickly followed up in 2009 by their EP, Cave and the Open Sea. This 2009 release was the record that ultimately caught the attention of Island Records and Arcade Fire producer Markus Dravs. Arcade Fire’s Dravs would go on to helm the band’s Mercury Prize-shortlisted Sigh No More, which was also issued on Glassnote Records in both the United States and Canada.

Although the band did not have the money to have their own instruments at the time of recording Sigh No More, they decided to self-finance their debut album to make it happen. In an interview, the band claimed that they self-financed in order to avoid the potential of having to deal with any artistic and technical compromises that some bands were known to befall when making studio-financed projects. After its release, Sigh No More sold over a million copies and earned Mumford & Sons Grammy Award nominations for, on the one hand, Best New Artist, and on the other hand, Best Rock Song.

While the band did not come home with the award, they were however given the opportunity to perform their single “The Cave” at the ceremony. And as the album peaked at a modest 11 on the UK charts, the band was not deterred – they continued to work hard and enjoy their burgeoning success. They decided to celebrate their achievement and mark this momentous occasion by having a barn dance on the outskirts of London.

Sigh No More also marked the band’s first set of performances on US network television. Appearing on the famed television series CBS’s Late Show with David Letterman in February 2010, and later on The Late Late Show with Craig Ferguson in the same month, Mumford & Sons watched as their commercial success in the United States of America, Australia and New Zealand began to climb. By November, the band was awarded with an ARIA Music Award for Most Popular International Artist.

By 2011, not only was the band’s worldwide fanbase growing, but they were winning several major awards and headlining larger shows and festivals – these accolades included a European Border Breakers Award for their international success, and a Brit Award for British Album of the Year. The group also participated in the Railroad Revival Tour which was inspired by an very important event titled Festival Express tour (which toured across Canada in 1970) that included Buddy Guy, Janis Joplin, and The Grateful Dead. The event entailed travelling exclusively in vintage rail cars, Ketch Secor of Old Crow told American Songwriter. He explained that the event entailed bringing their instruments and playing on this railwood odyssey.

The record that followed, Babel, produced by Dravs, was recorded live over two nights at Colorado’s legendary Red Rocks Amphitheatre. The album would eventually earn the Grammy Award for Album of the Year. During the production of the anticipated album, the band decided to play a 10-songwriting game – among the songs written in one of these sessions was one of their most popular hits: “Reminder.” It was during this same set of song writing games that Dwane realized one of his talents: writing murder ballads.

Time for a Change

Despite their success in the aftermath of the album’s release, the group announced in late 2012 that they would definitely be going on an indefinite hiatus – which was upsetting to some of their fans. When the band returned to the stage in early 2015, they also brought to fans a new album – Wilder Mind – produced by James Ford. Stylistically diverse, Wilder Mind went to the number one position in seven different countries.

Lovett told NME that Wilder Mind was the band’s attempt to try something new. He stated that the group felt as though they needed a change and they wanted to try their turn at something new. They claimed that they hadn’t broken up with Dravs, they were just exploring the possibilities.

While touring South Africa the following year, Mumford & Sons collaborated with Baaba Maal, the Very Best, and Beatenberg on their EP Johannesburg, which was named after the city that it was recorded in. For Record Store Day of that same year, Mumford & Sons released the coordinates of stores where fans could attend to listen to their album in its entirety vinyl record in what would be over two weeks before its release. To celebrate the famous commemoration of record stores, the band decided to release a limited edition 7 inch record of “Believe”/”The Wolf.”

After returning to the studio in 2018 with Grammy-winning producer Paul Epworth, Mumford & Sons released their fourth album, Delta, which featured the band making a concerted return back to folk instrumentation. When discussing the return to this instrumentation, the band’s recording “Woman” was a perfect representation of this venture. The band recalled that they had this strategy of stripping a recording down to its bare bones before actually committing to it. They wanted to hear it naked – with just chords, the vocals and acoustic guitar. The band claimed:

“Marcus went through each of those 40-odd songs and played them without any kind of bells and whistles, nothing to distract you, and with “Woman”, it was almost more compelling than ever. There’s a part of me that wished we had that sort of solo acoustic version, but actually the direction that it’s taken feels really exciting to us.”

The band has often been described by many publications including The Hollywood Reporter and Forbes as a folk-rock band, even as their early history indicates they began their training and collaborative work by playing bluegrass and folk instrumentation. In those beginning days, Mumford & Sons were primarily playing with acoustic guitar, banjo, piano and a double bass. Of the band’s style, Marcus Mumford remembers:

“I first heard Old Crow’s music when I was, like, 16, 17, and that really got me into, like, folk music, bluegrass. I mean, I’d listened to a lot of Dylan, but I hadn’t really ventured into the country world so much. So Old Crow was the band that made me fall in love with country music.”

Old Crow’s music has since been acknowledged many times over for inspiring the band’s use of the banjo, particularly during their now famous country nights in London.” Artists like Emmylou Harris were also really important to the development of Mumford & Son’s sound as well as developing their love for American roots music. They also credit important film soundtracks like O Brother, Where Art Thou?, which they argue eventually led them to appreciate the Old Crow Medicine Show and the historic sounds from America’s long-neglected musical past.

Lyrically, aside from the already identified influence of Christianity, much of Mumford & Sons’ lyrical content is influenced by literature – as is the case their debut album’s name, which according to the band, was derived from a line in William Shakespeare’s Much Ado About Nothing. Other influences include references to Macbeth, The Odyssey, G.K. Chesterton’s book St. Francis of Assisi, Plato’s (the philosopher) work, and a number of John Steinbeck novels including Of Mice and Men, East of Eden and The Grapes of Wrath.

Aside from the music, Mumford & Sons also founded a live promotions company in 2009 that also functioned as a record label and organiser of the global series of Stopover Festivals. The company, titled Gentlemen of the Road, allowed Mumford & Sons to help small towns and villages – where many festivals tended to play and tour a variety of singers and bands – find ways to increase the money and business that they could bring in during those festival series. For the global series of Stopover Festivals in particular, Mumford & Sons would handpick the supporting acts that would play. While overseeing the festival some of the acts that graced the stage were bands such as Foo Fighters, the ever-popular The Flaming Lips, The Vaccines, The Maccabees and even Jenny Lewis.

Mumford & Sons continues to be an example of musicians that are brave enough to stick to their personal interests and internal influences without succumbing to the commercialized trends of the industry.