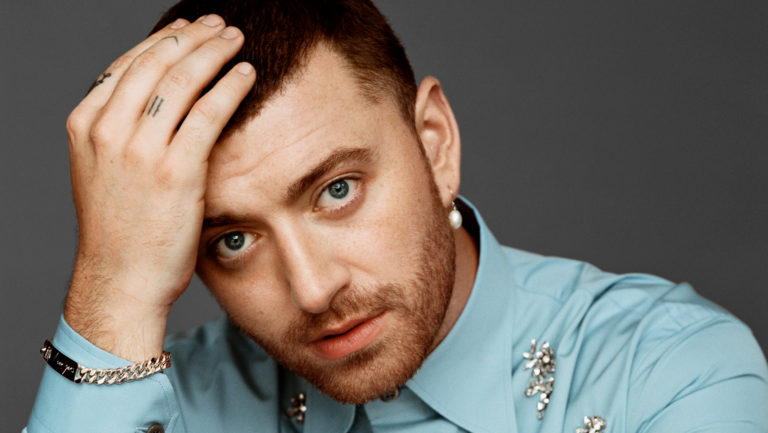 Sam Smith has been celebrated as not just a generation-defining soul singer but also as one who’s willing to fundamentally dissect and reexamine the definitions of love and romance that are so prevalent in the genre. But Smith’s talent for expressing moments authentically and vividly are derived from a lifetime of experiences.

After all, someone doesn’t speak so eloquently and believably about heartbreak and loss without having experienced it themselves. That, combined with Smith’s extensive and impressive formal education as a musician, has allowed him to rewrite the script on some of the most prominent musical genres and serve as a meaningful bridge between pop music of the past and pop music of today.

Sam Smith’s early upbringing was relatively ordinary. As the child of a banker and a truck driver, their formative years were comfortably blue collar – but their parents encouraged their interest in music from a very early age. After hearing Sam perform Witney Houston’s “My Love is Your Love”, their parents enrolled them in vocal training lessons.

From then on, music was essentially Sam Smith’s life. It was likely a needed solace as well. Smith found themselves bullied – in large part thanks to a condition known as gynecomastia. Despite being assigned male at birth, Smith developed enlarged breasts, and theyT relieved a liposuction at 12 to resolve the issue.

Smith’s love for the arts was reciprocated. Sam’s talents drew them to the local theater and to an organization known as Youth Music Theatre UK which provides training to children, teens, and young adults looking to hone their talents and get involved in the profession. It was through them that Sam performed in a rendition of Oh! Carol! At the age of 15. Throughout his school years, he also performed in a variety of jazz bands.

Sam’s interest in music may have been broad reaching and all-encompassing, but their early relationship with managers was a little more tumultuous. While the talent was clearly there, Sam didn’t find the success they were looking for in their early days and ended up going through six different managers in their teens.

At age 18, they came to the conclusion that they’d need to be somewhere more cosmopolitan to achieve their ambitions and made the move to London.

Just because the opportunities in London were more prominent doesn’t mean that they came easy. Smith spent two years in the city fostering connections and developing their talents before they found their first big break.

For a musician that was obsessed with soulful singers like Aretha Franklin and Whitney Houston, their first major collaboration was something of a surprise. But “Latch” by the house group Disclosure did a great job showcasing the high but controlled falsetto that defined Smith’s unique voice.

Smith had released two singles a few years earlier – “When It’s Alright” and “Bad Day All Week”, but neither saw the success of “Latch”. The track garnered massive attention from both the general public and from record labels who saw in Sam a promising new voice.

Sam got a record deal and quickly set about making new music to take advantage of the sudden and exciting opportunities. Work began on a debut album.

And it wouldn’t take long for the public to get a taste of Sam Smith, the solo artist. The first single, “Lay Me Down”, depended solely on the vocal talents of Sam Smith and the talents of Sam’s production team, and it excelled on both accounts. There was an authenticity to the song that sent it instantly rocketing to the top of the UK charts. Sam would speak later about the rawness of writing the song. Written from the perspective of a lover asking their one night stand not to leave, it was inspired by Smith’s (who then identified as a gay man) unrequited affections for a straight man.

Smith was hard at work in the studio, but they still managed to find time for collaborations. Electronica hit “La La La” by Naughty Boy featured Smith’s vocals prominently. They also found other ways to maintain the public’s interest while the album was being developed.

An EP featuring an acoustic version of “Latch” (all the better to emphasize Smith’s vocals) and a second single titled “Money on My Mind” both earned praise. Smith’s debut album would drop in May of 2014. And it would turn out that the subject matter so expertly displayed in “Lay Me Down” would become a sort of tonal paintbrush for the album. All the songs on In the Lonely Hour spoke about themes surrounding unrequited love.

It was a boldly honest choice for a freshman musician. Sam spoke candidly about the fact that they’d never had an unrequited crush or been in a relationship, and that was a shockingly sincere admission for a singer who ostensibly channeled the spirits of the great soul singers and divas.

But to hear Smith explain it, that level of honesty and vulnerability was the key to success as much as their prodigious singing talents. “It was only until I started to be myself that the music started to flow and people started to listen,” they said in one of their acceptance speeches.

Tracks Listed on In the Lonely Hour

Smith might have not experienced mutual and committed romantic love with a partner, but the world came to love them almost immediately. Smith’s public coming out happened shortly after the release of their first album, and it helped contextualize their music in a way that was both stirring and vulnerable. It ultimately became the second best selling album of 2014.

The following year would see Smith fully reaping the rewards for their labor. The track “Stay With Me” was dubbed by many publications as the song of the year, and Smith had the opportunity to perform it at both the MTV Music Awards and was selected as one of the performers for 2015’s version of “Do They Know It’s Christmas At All?” for charity.

But his biggest win to date came at the Grammy Awards, where Smith confidently picked up four statues for their work on In the Lonely Hour.

Those wouldn’t be the only awards that Smith would be nominated for. Despite being such a young talent, Smith was tapped to write and perform the theme song for the theme to the 2015 James Bond film Spectre. The resulting track, “Writing’s on the Wall”, would shoot to the top of the UK charts and earn Smith an Oscar nod.

But with fame comes controversy, and Smith dealt with a couple in 2015. Revelations emerged that Smith had settled out of court over similarities between “Stay With Me” and the song “Won’t Back Down” by Tom Petty. Later in the year – at the Oscar awards ceremony – Smith misspoke, implying via a conversation with Ian McKellan that no openly gay man had been awarded an Oscar.

In both cases, the controversies died off quickly. The rights holders for Tom Petty’s music praised the speed with which Smith resolved the situation and clearing the air of any intended malice on the part of Smith.

In the latter case, Smith was open and honest about the mistake and decided to take a brief hiatus from being in the public eye. As far as celebrity scandals go, Smith got off easy – and it was largely due to Smith’s genuine and open approach to their personal life.

Back in the Studio

Sam didn’t see that brief move away from the spotlight as an excuse to neglect their craft. Work started almost immediately on a follow-up album, and it’s an experience that Sam openly shared with their fans. 2016 saw Sam releasing consistent footage of themselves at work in the studio and sneak peeks at some of the songs they were working on.

The album wouldn’t release until late 2017, but it was worth the wait for many fans – and especially young queer fans struggling with their identity. With “Him”, Sam spoke candidly about their sexual identity and showed an evolution from the awkward romantic fumbling of their first album into something more confident and welcoming.

All in all, the sophomore effort The Thrill of It All included three hit singles, and the album topped the charts in both the United States and the United Kingdom. At the same time, Sam found plenty of time to collaborate with other musicians – a savvy move that helped maintain his sense of relevance in the public eye while he was working on his own materials. These collaborations included the song “Promise” with Calvin Harris and “Pray” with hip-hop artist Logic. He also found the time to contribute a song for the film adaptation of Watership Down.

Tracks Listed on The Thrill of It All

Continuing the Journey of Self-Discovery

Smith made a major new revelation about their personal life on their Twitter feed in October of 2019. “After a lifetime of being at war with my gender I’ve decided to embrace myself for who I am, inside and out. I’m so excited and privileged to be surrounded by people that support me in this decision but I’ve been very nervous about announcing this because I care too much about what people think,” they said, making clear their decision to identify as genderqueer.

Each record up until now had in some way been about wrestling with and ultimately reconciling with a part of Smith’s gender or sexual identity, so it would only make sense that fans were eagerly anticipating Smith’s insights into their nonbinary designation. Unfortunately, real life events would get in the way of the album’s release.

The song “Dancing with a Stranger” with collaborator Normani was released in January of 2020, and it would be followed with the opening of preorders for the upcoming album – entitled To Die For – a few months later. But the Covid-19 pandemic disrupted the release of the album just as it disrupted so many aspects of life. While Smith announced that To Die For would be retitled as Love Goes and would still release in 2020 – albeit with some altered track listings.

In the wake of tragedy, Smith’s decision was expressed in a heartfelt and understanding manner. “The album had the word ‘die’ in the title, which I just felt really uncomfortable with, with what’s happening [coronavirus] and it’s so important for me to be sensitive to my fans and to people listening to my music. This has been a really sad and awful time for us, so I’ve changed the album title, I’m going to change the album cover.”

In the meantime, fans got plenty of opportunities to glimpse what Sam had up their sleeve. April 16th saw the release of a collaboration with Demi Lovato entitled “I’m Ready”, and Smith released a cover of Coldplay’s song “Fix You” in July. While Sam’s voice remained the same, the album signifies a shift towards a more pop-oriented sound with less of a focus on soulful ballads.

And while some may see that as an appeal to the mainstream, there’s little reason to doubt that Sam’s interest in a poppier sound is genuine. Each record has been thematically structured around Sam’s personal struggles – surrounding sexual identity, surrounding gender, surrounding body dysphoria – and the latest album seems to signify a shift towards a happier and more confident approach to making music.

Sam’s music has been evolutionary, but it’s also been revolutionary. Rarely have we had artists who are so openly queer discussing their sexuality in a mainstream medium, and we’ve perhaps never seen them develop and evolve that identity over the course of their career.