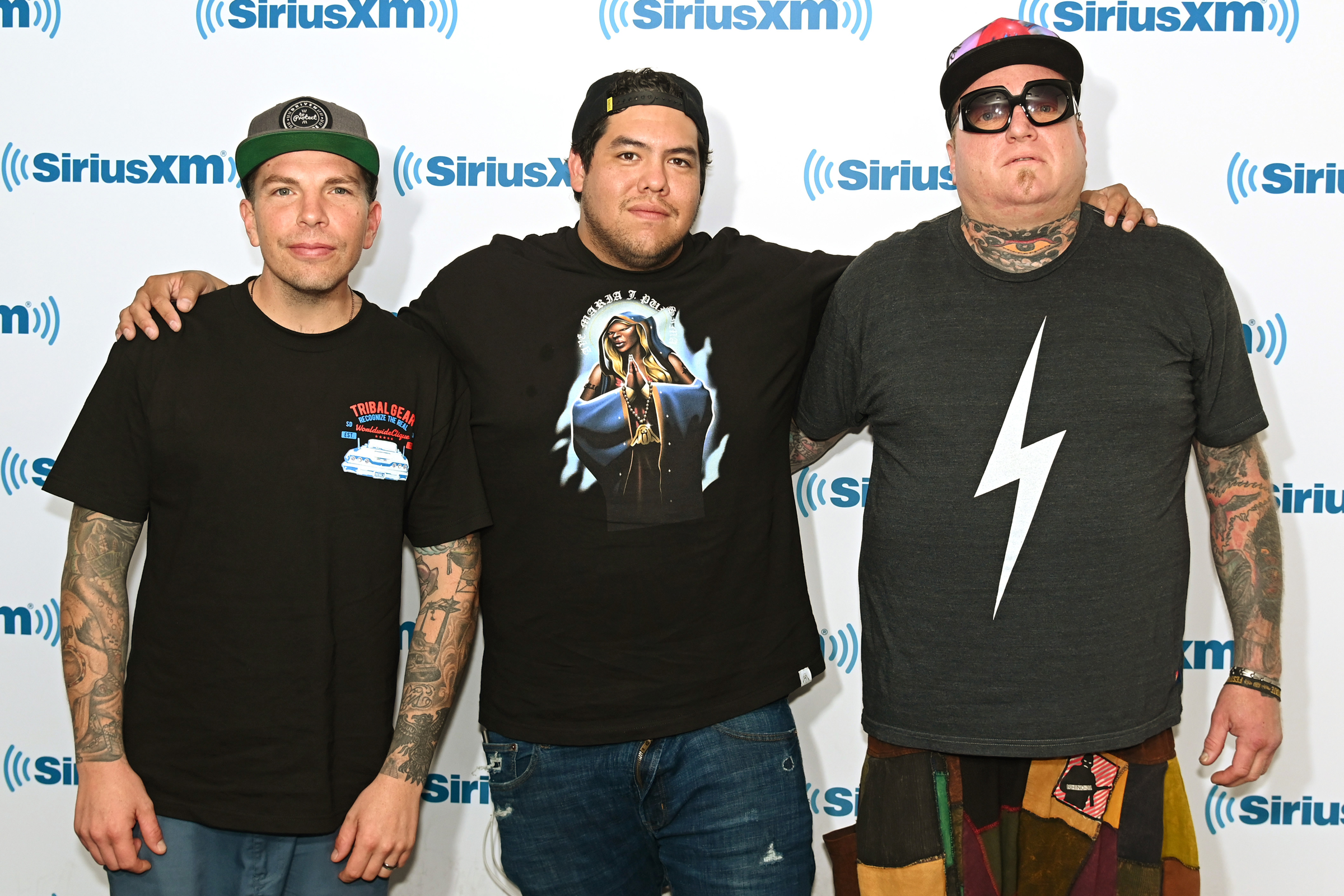 As a music collective that was deeply influenced by reggae and ska, Sublime would eventually rise to fame as part of the California punk explosion, which popularized bands such as Green Day and the Offspring. While their domination of the mainstream was short, the band had a very storied past that few – other than the band’s die-hard fans know. Thankfully, we have got all the juicy details here for you.

Unsurprisingly to most, Sublime’s lead vocalist Brad Nowell grew up musically inclined: his mother, who was also a singer, had perfect pitch, and his father, a guitar player, loved playing folk songs. Norwell would play his acoustic guitar and sing for hours playing with his father, grandfather, and uncle.

By the time Brad Nowell turned the age of 13, he had decided to start his very first band: Hogan’s Heroes. As a child of divorce, Norwell spent years going between his mother and father’s homes – and spending time in a neighborhood that was very ethnically diverse.

Not only did Long Beach have a wide range of ethnic groups, but there was also a thriving art community and music scene where punk, Hip Hop culture, and surfing blended seamlessly. Given Sublime’s musical style, the cultural introduction to these sounds was key to Norwell’s ability to meld these varied vibes into the band’s aesthetic.

Eric Wilson and Bud Gaugh, the other two members of Sublime, were known to each other prior to the band assembling given that they were long-time childhood friends whose families lived across an alleyway from each other. The two were constantly playing music together, attending punk concerts, and surfing at nearby Seal Beach.

Wilson’s father, like Norwell’s, was a musician as well – a drummer to be specific. Before Eric Wilson began playing guitar and bass for Sublime, Wilson had played trumpet for a while as well. In the sixth grade, Wilson met Nowell, and the two boys began playing music together until Nowell left for Santa Cruz to start college.

When Norwell returned for a break from school, Wilson introduced him to Bud Gaugh, and the three began jamming together. As a band, Sublime was able to create a sound that combined the nuances of ska, dub, punk, funk, rap, reggae and heavy metal.

The band played their very first musical performance on July 4, 1988, at a small Long Beach club. The show is now marked in history as a result of the performance sparking the infamous Peninsula Riot – a small-scale riot that led to the arrests of seven individuals. As the band continued on with touring, they started amassing a substantial fan among the surf/skate beach crowd.

They admit that the sound that they were creating was like catnip for alt-rock radio particularly given the popularity of other bands like Beck, Fishbone, No Doubt, and the Beastie Boys – all musicians who had gained considerable traction for challenging rock and roll conventions. While there were only a few live performances in Long Beach – namely local clubs and house parties – Norwell was the first to decide that he would commit himself fully to music.

In 1990, Norwell decided to drop out of his Finance program at California State University Long Beach, one month shy of graduating. By the time Norwell had made the decision to do music full-time, Sublime had already started gaining visibility up and down the coast, from San Diego to Santa Barbara. Of their early days as a band, Wilson remembers that they had the most fun traveling in their van and sleeping at various people’s homes along the way.

After recording a number of DIY cassettes and selling them at their live shows, Sublime decided to go into a Long Beach studio in 1992 to record the debut, 40 Oz. to Freedom. Released on Skunk Records – a label formed by Nowell and the band’s manager Miguel – the album was primarily sold at the band’s local shows and did well as a result of word-of-mouth promotion.

By then, Norwell was already experimenting with hard drugs. As the band continued to promote their materials, they would eventually garner the attention of local radio station KROQ which began playing Sublime’s single “Date Rape.” This radio exposure, visibility, and traction would eventually land Sublime a record contract with MCA – the label where the band would release their 1994 album Robbin’ the Hood.

The album, which was recorded in a Long Beach crack house, was a considerable success, most apparently among college radio listeners. The recording of the album also marked Norwell’s continual downturn in terms of his addiction. Gaugh recalls that he tried to reach out to Norwell, who was, by this time, out of control and acting in destructive ways.

Gaugh, who had the experience of being hooked on speed and heroin, remembers:

“I felt like kicking his a*s. I mean, I’d been there and was still struggling with it. So, I was all things that I could be to him during that time. I tried to be his conscience; I tried to be his nurse. I even tried to be his drug buddy; I mean, we got loaded together a couple of times.”

By 1993, Nowell met Troy, the woman he would eventually marry, at a Sublime show in San Diego. The two would begin dating in 1995, and Norwell slowly began alienating his friends, family, and bandmates. Troy remembers that she was the only person there to help him through his issues with addiction. She recalls that he had promised everyone that he would stop – he also asked everyone for help. Unfortunately, he would then hurt the people who were helping. She, however, was not fooled by his antics.

By 1994, the prospect of signing to a major label – MCA Records – was a big deal for Nowell – so much so that he was determined to clean up his issues with addiction and go to rehab. While Nowell did get clean for a short while, in 1996, when the band traveled to Texas to record at Willie Nelson’s Pedernales Studio, Nowell began using heroin again. His drug use became so intense that he had to be sent home early prior to the album’s completion. Producers even remember that on some mornings, the band would show up to the studio with margaritas in hand.

While the band only released two albums in their first seven years, they would eventually come to the attention of the mainstream following the success of their self-titled release Sublime in 1996. As a result of this album, the band began topping the Billboard charts with hits such as “Santeria” and “Wrong Way” which were enjoying heavy airplay and rotation. Sadly, the 1996 album would be the band’s last proper release. The reason for this was because Sublime’s lead singer Brad Nowell died in May 1996, just two months shy of the record’s release.

According to the press, Nowell was found dead in a San Francisco hotel room on May 25, 1996, from what was a heroin overdose. His death came only seven days after his wedding to his wife Troy den Denkker, who had given birth to their son, Jakob, 11 months prior. Newspaper coverage indicated that despite Nowell’s mellow exterior, the lead vocalist had led a troubled life. Nowell’s widow recalls that there was always a part of his spirit that felt unsatisfied and unhappy.

Nowell’s death also came two months prior to the release of their upcoming album, which was set to drop in July. To this day, many fans who are new to Sublime still do not know that the band’s lead singer has passed. Nowell’s father admits:

“We still get lots of letters for him. I have a boxful of them in my office.”

In the period after Nowell’s death, his friends claimed that Norwell had trouble dealing with his day-to-day circumstances without drugs. His wife claims that the Ritalin he was given as a child is to blame – that is, the Ritalin created his craving for drugs. His wife also blames his desire for fame on his addiction as well. She recalls:

“He wanted to be a rock star. He said it [drugs] was very rock & roll, you know. Perry Farrell and Kurt Cobain and all those guys did drugs, and Brad wanted to see what it was like. Then they honestly begin to think that they write better music! I mean, ‘Robbin’ the Hood’ [Sublime’s second album] was written when Brad was at his worst of being strung out. It’s a great album, but it’s all about his heroin abuse.”

By April 1997, a little less than a year after Norwell’s heroin drug overdose, Sublime began producing hit after hit: “What I Got,” the reggae-tinged ballad “Santeria,” the ska-infused “Wrong Way,” and the dancehall-flavored “Doin’ Time” which was inspired by Gershwin’s standard “Summertime.” At one point, Sublime was selling approximately 40,000 records every week. The band was such a sensation that Rolling Stone Magazine called Sublime the year’s biggest rock act.

The band has had such an enduring legacy that the remaining band members still tour around the country in spite of the loss of their lead vocalist. These days, Sublime continues to play their material under the name “Sublime With Rome.” In describing his reaction to the news that Rome was going to be the band’s lead singer, Eric stated:

“When my manager said, ‘Rome is gonna be your new singer.’ [Laughs] I mean, I felt it before that.”

Since the new band addition, Sublime continues to draw interest so much so that in 2016 the label Geffen/UMe released remastered versions of Sublime’s catalog. Even the contemporary pop star Lana Del Rey has teased her fans, and Sublime fans alike, with possibly releasing a cover of Sublime’s “Doin’ Time.”

In the aftermath of Nowell’s death and the band’s slow retreat from fame, director Bill Guttentag began to work on a documentary of the band – which premiered at the Tribeca Film Festival in 2019. The documentary, appropriately titled Sublime, was meant to serve as a handy primer for new fans of the band. With interviews from Sublime’s surviving members (Gaugh and Wilson), Norwell’s wife (Troy Dendekker), industry colleagues such as Fishbone and No Doubt, Sublime’s collaborators, and a series of “talking heads,” Sublime (the documentary) tracks the band’s melancholic rise-and-fall as they share their music and maneuver the world of fame and celebrity.

Not only does the documentary cover the band’s chaotic and rebellious beginnings, but it also goes into great detail when discussing Nowell’s drug addictions and how these issues, among others, led to the end of his life and the life of the band. Critics remarked that the documentary had many upsetting anecdotes about the repercussions of the band’s substance abuse – as in the case of one of the band’s potential producers feeling alienated by the band’s choice to smoke crack in the studio during a recording session.

Critics also commented that since the documentary featured the story of Nowell so heavily – that is, much of the footage was of Nowell onstage and/or extremely intoxicated – the documentary does not necessarily seem like a Sublime documentary. When asked why Guttentag – the director – decided to end the documentary at a point where much of Wilson’s own recent musical history was left unmentioned, Wilson answered:

“I don’t know,” the conclusion possibly “leaves it open” for a sequel. “But the cool thing about that…Um, I forgot what I was going to say. I’m too high.”

Nonetheless, as Sublime has continued to recruit new listeners and their fan base grows, whether through their documentary or the music itself, it is clear that their ska-reggae-punk infused sound has never really gone away, and it certainly remains as new and old fans alike continue to rotate their old hits.