The Weeknd: The Full Profile 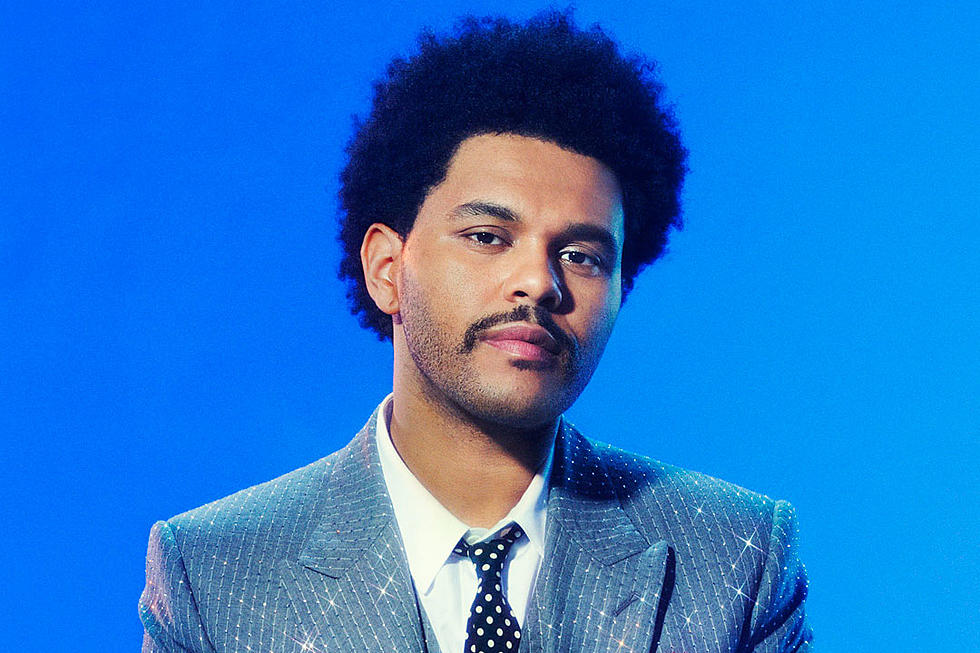 When it comes to your Friday, Saturday, and Sunday jams, be careful not to get your namely end of week Canadian acts crossed. They may both hail from Ontario, Canada, but make no mistake: do not confuse the pop-rock band The Weekend (who hail from London, Ontario) with our feature, R&B / hip-hop artist The Weeknd of the Scarborough, Toronto neighborhood. Get ready to flow with rhymes so easy, you can even drop the “e.”

In the Days Before The Weeknd

Before he was The Weeknd, he was Abel Makkonen Tesfaye, the only child of Makkonen and Samra Tesfaye. In the latter 1980s, the Tesfayes immigrated from Ethiopia to Canada, and on February 16, 1990, Abel Makkonen was born in Toronto, Ontario. Makkonun and Samra parted ways when Abel was very young, and so he was raised in Scarborough by his mother and grandmother.

The two ladies had a great deal of cultural influence on young Abel: with them, he learned to speak Amharic (an Afro-Asiatic language native to Ethiopia) and regularly attended services at the Ethiopian Orthodox church. He did not have a continuous relationship with his father following his parents’ split, but Abel bore him no ill-will, stating in an interview, “”I saw him vaguely when I was six, and then again when I was 11 or 12, and he had a new family and kids. I don’t even know where he lived — I’d see him for, like, a night. I’m sure he’s a great guy. I never judged him. He wasn’t abusive, he wasn’t an alcoholic, he wasn’t an asshole. He just wasn’t there.” 1

Tesfaye was introduced to the world of drugs and crime at a very early, young age. When he was eleven years old, he began to smoke marijuana regularly. From there, he transitioned into harder drugs, including pills like Xanax and oxycodone, cocaine, ecstasy, ketamine, and psilocybin. Very often, he would turn to the act of shoplifting in order to support and fund his habitual drug use.

As a teenage Toronto student, Tesfaye attended two different high schools in the Scarborough area of the city: first the West Hill Collegiate Institute (located in the West Hill neighborhood) and then the Birchmount Park Collegiate Institute (in Scarborough Bluffs). Ultimately, he did not graduate from either school and ended up dropping out. In 2007, he left school for good and subsequently also left his home.

According to various accounts, Tesfaye has claimed that this moment of dropping out of school and leaving home for good was pivotal to the inspiration and creation of his stage name, The Weeknd, as he “left one weekend and never came home.” Prior to using the name The Weeknd, Tesfaye at one point operated under different stage names: Noise and Kin Kane.

(The revelation of Tesfaye’s discovery of his stage name The Weeknd came in the midst of a Reddit AMA (“Ask Me Anything”) session with Tesfaye which took place in 2013, a week after the drop of Kiss Land. Tesfaye, who is not a fan of traditional interviews, took questions via the Reddit thread and spoke on the origins of his stage name, saying,

“’I left home when I was about 17 dropped out of high school and convinced Lamar to do the same lol,’ he said in answer to a query, referring to a member of his XO crew. ‘We grabbed our mattresses from our parents threw it in our friend’s s****y van and left one weekend and never came back home. It was gonna be the title of HOB [House of Balloons]. I hated my name at the time though so I tried it as a stage name. It sounded cool. I took out the ‘e’ because there was already a Canadian band named The Weekend (copyright issues).’”) 2

Though he left his home in Scarborough, Tesfaye stayed in the city of Toronto, moving to the Parkdale area of town. After this move, it was only a matter of time before a fateful meeting in 2010, when he would meet Jeremy Rose – the man who would become The Weeknd’s producer.

At the time of their meeting, Jeremy Rose was shopping around a pitch for a musical project that was focused on a dark, heavy R&B sound. After unsuccessfully shopping it around to some other musicians (such as Curtis Santiago), the opportunity came for Rose to play one of his instrumental tracks for Tesfaye. When Tesfaye laid down a freestyle rap on top of the song, the two were inspired to work together on creating an entire album.

The album that Rose produced contained a number of instrumental tracks with Tesfaye rapping on top. At that point, Rose did not pursue any further action with the album and let it go. Tesfaye was allowed to keep the songs that he and Rose had worked on together with the understanding that Rose would receive appropriate credit later on should the tracks ever be used.

It was in December of 2010 that Tesfaye then released three of the produced tracks under his stage name. The tracks were posted to YouTube: “What You Need,” “The Morning,” and “Loft Music.” The uploaded tracks garnered attention from multiple sources, not the least of which being a blog post by Drake (with whom The Weeknd would later collaborate).

The Career of The Weeknd

The Weeknd’s self-released debut mixtape, House of Balloons, dropped on March 21, 2011. The release originally came out as a free download and was made available on The Weeknd’s website; later, the album was also released by XO. The album released was received with widely positive critical response, with note being paid to the variety of styles incorporated into its sound:  A number of Canadian producers took part in creating the album’s blended tone, including Zodiac, Illangelo, and Doc McKinney. Though it included songs that were produced by Jeremy Rose, Rose ultimately never received production credit for these tracks.

It was in 2011 that The Weeknd began to tour in Toronto at Mod Club, where Drake came to see the ninety minute show. Subsequently, Drake and Tesfaye began conversations to work together, leading to multiple The Weeknd appearances at Drake’s shows as the opening act and featured spots on several of his songs.

House of Balloons features samples from a number of tracks, including: Beach House‘s “Master of None” and “Gila”, Aaliyah‘s “Rock the Boat”, Siouxsie and the Banshees‘ “Happy House”, and “Cherry-Coloured Funk” by Cocteau Twins. The album was nominated for the Polaris Music Prize.

Later, in September of  2013, Tesfaye commented on the album title, noting that House of Balloons is named after an actual location in Toronto, which he claimed to be 65 Spencer Avenue.

The Weeknd’s second mixtape, Thursday, was released on August 18, 2011 independently to later be remastered and re-released in the compilation album Trilogy. Thursday was met with positive critical reviews overall with regard to his debut album.

The third mixtape to be released by The Weeknd, Echos of Silence, came out on December 21, 2011 on his website. This release was again met with critical acclaim, noting a tightening of his style and maturity of sound. Echoes of Silence was honored with a longlisting for the 2012 Polaris Music Prize.

Released as a compilation album, Trilogy featured a combination of The Weeknd’s work with re-mixes and remastered versions of songs from House of Balloons, Thursday, and Echoes of Silence. It was released by XO on November 13, 2012 with distribution through Republic Records. Met with positive critical reviews, the Trilogy album went to the charts at number five in Canada and at number four in the United States.

On September 10, 2013, The Weeknd released his debut studio album, Kiss Land, the production of which was largely driven by The Weeknd in combination with DannyBoyStyles and Jason “DaHeala” Quenneville. It was released through XO with distribution again being handled by Republic Records. Kiss Land debuted on the charts in the United States at number two and would go on in its first week to sell 95,000 copies.

The Weeknd joined in the 20/20 Experience World Tour for six shows with Justin Timberlake, then continued to produce a remix of Beyonce’s “Drunk in Love” prior to announcing the King of the Fall tour, marking The Weeknd’s first headlining show tour. During this time, he contributed to The Hunger Games soundtrack with “Devil May Cry” and the Fifty Shades of Grey soundtrack with “Earned It,” and he collaborated on a duet with Ariana Grande – “Love Me Harder.”

Beauty Behind the Madness

The Weeknd’s second studio album, Beauty Behind the Madness, released on August 28, 2015, again through XO with distribution by Republic Records. The album heavily features guests artists, including Lana Del Rey and Ed Sheeran. It debuted in many countries in the number one spot in its first week and was listed by the International Federation of the Phonographic Industry as the tenth best-selling album of 2015.

The third studio album released by The Weeknd, Starboy, debuted on November 25, 2016. This album continued the tradition of release through XO and Republic Records distribution. More featured artists joined in on this album effort, including Daft Punk, Kendrick Lamar, Future, and a return feature by Lana Del Rey. It debuted at number one both on the United States Billboard 200 and on the Billboard’s Canadian Albums Chart, going on to be certified triple platinum in 2019 by the Recording Industry Association of America and winning at the 2018 Grammy Awards for Best Urban Contemporary Album.

The Weeknd’s career of releases continued with EP My Dear Melancholy in March of 2018 and his fourth studio album After Hours in 2019.

Currently, The Weeknd  is on the lineup to perform at this year’s MTV Video Music Awards and holds six nominations.

The Music of The Weeknd

Overview of The Weeknd’s discography:

Trilogy is a compilation of The Weeknd’s of three mixtapes: Thursday, Echoes of Silence, and House of Balloons

The Weekend in Japan is a collective album of single tracks that were only released in Japan.

In total, The Weeknd has so far released 43 singles to his name. That includes 16 tracks in which he is listed as a featured artist.

“Belong to the World”

“Love in the Sky”

“Call Out My Name”

From For the Throne: Music Inspired by the HBO Series Game of Thrones (2019):

News of The Weeknd’s newest track – a joint single with Calvin Harris – was released on August 23, 2020 and set for release on Friday, August 28, 2020. The collaboration between the two artists, which is being listed as “Calvin Harris x The Weeknd,” first received buzz through Twitter on The Weeknd’s Twitter account on Thursday, August 20. The tweet featured a picture of The Weeknd having drinks with Harris. As a follow up, both Harris and The Weeknd substantiated the news of the collaboration over social media on August 22, sharing artwork, tagging each other, and dropping the track title: “Over Now.” 3