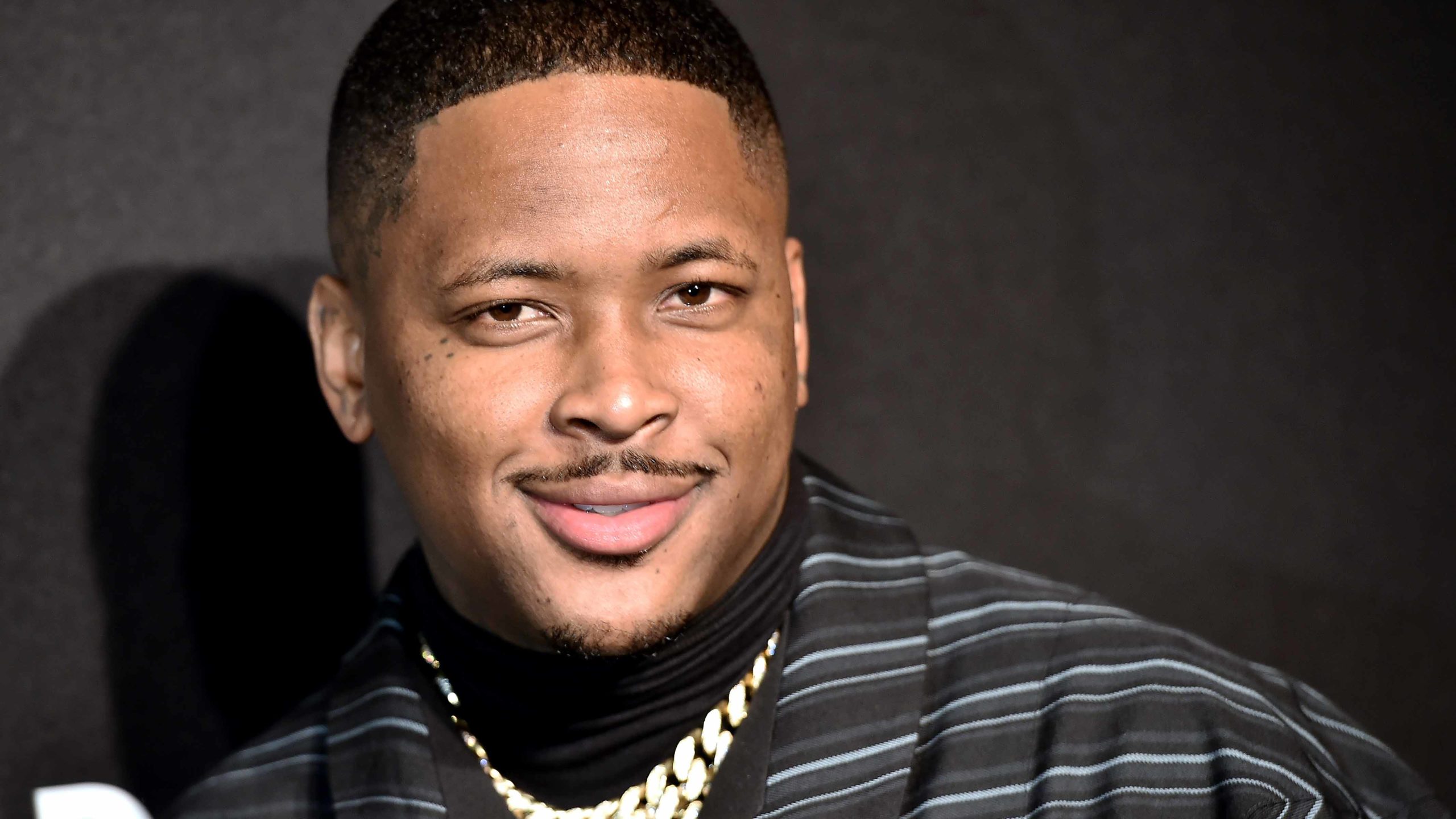 Compton rapper YG has a lot to boast about such as frequently co-collaborating with hip-hop’s finest, including Nicki Minaj, Lil Wayne, Drake, Kendrick Lamar, and Jeezy.

Also having survived a near-fatal shooting, YG’s career has been on a wild ride but shows no signs of stopping anytime soon.

YG’s is highly regarded as a stylistic storyteller which is definitely evident if you look into his rap’s lyrical meanings. YG’s tracks are chalked full of not only bouts of humor but glimpses into the mystic L.A. streets from which he came. Since his breakout hit with the 2009 Ty Dolla $ign feature “Toot It and Boot It,” YG has recorded over 10 mixtapes and albums

Like his late friend and fellow rap star Nipsey Hussle, YG has also added political activist to his list of many talents but using his platform to spread awareness when he co-collaborated with Nipsey on the track “FDT (Fuck Donald Trump)”, which served as a protest again Donald Trump’s presidential administration.

Where It All Began

YG was born Keenon Dequan Ray Jackson on March 9, 1990, in Compton, California. His name YG stands for “Young Gangster” and he was also affiliated with Bloods gang in 2006 at age 16. His mother, Shonee Jackson, ran a daycare business. However, his father served time in jail for tax fraud, which led the family to lose their home and put a financial hardship on YG and his family.

To make ends meet, YG would commit robberies and would eventually be jailed a few times because of this. YG then became committed to rebuilding his life and turned to music to help him do so, which had been his passion since childhood. He started out performing in clubs as a teen which ultimately led to his exposure in the hip-hop scene in which talent scouts would eventually find and sign him.

YG announced in 2012 that his freshman studio Album, I‘m 4rm Bompton, would be produced by rapper Syla$. In June 2013, YG revealed that the Jeezy-owned label CTE World would in fact be releasing the album.

YG was also featured on Yo Gotti’s “Act Right” which would chart at number 100 on the Billboard 100. In August 2013, CTE World would then prominently feature YG on the mixtape, Boss Yo Life Up Gang.

Shortly after announcing the new album name change and label release, YG dropped the album’s lead single “My Nigga” featuring Rich Homie Quan and Jeezy by DJ Mustard. The track would end up peaking on the number 19 spot on the US Billboard Hot 100. Later on, in December 2013, YG premiered the album’s second single, the DJ Mustard-produced “Left, Right”,

The same day that “Left, Right” was dropped, Def Jam revealed that the upcoming My Krazy Life would be released in March 2014 and would use the Drake featured “Who Do You Love?”  for the album’s next single.

By February 2014, the cover art for My Krazy Life was revealed, which featured an image of YG posing for a mugshot and his name and album title on the sign hanging around his neck. My Krazy Life was then finally dropped on March 18, 2014.

During an interview with Billboard, YG revealed that his next sophomore album would be Still Krazy and would drop sometime in 2016.

In July 2015, YG hinted on Instagram that the first single from the upcoming album would be “Twist My Fingaz”. He would then surprise fans by releasing the single, Krayzie Bone featuring “Cash Money” YG would later release the full version of “Twist My Fingaz” was released in July 2015.

Still Brazy was released in June 2016 and the third single “Why You Always Hatin?” premiered on OVO Sound Radio on May 21, 2016, featuring rappers Drake and Kamaiyah.

In February 2017, the track  “I Don’t”, by Mariah Carey was released, featuring YG, in which they both performed “I Don’t” live on Jimmy Kimmel Live! Later that month. In March, a remix featuring Remy Ma and YG was also released.

During this time, YG announced his third studio album would be Stay Dangerous on his Instagram page and would be released that summer. However, it was pushed back and wound up releasing in 2018.

In April 2013, YG announced a “surprise album” titled 4REAL 4REAL via Twitter originally due for release on April 12, being delayed to May 24 due to the death of his close friend Nipsey Hussle. It was released to positive reviews. The album includes the single “Go Loko” and the diss track aimed at 6ix9ine, “Stop Snitchin”.

As of 2020, YG has released a number of tracks including the protest track, “FTP (Fuck the Police)”, with an accompanying music video shot at a Black Lives Matter protest in Hollywood, following the killing of George Floyd.

He also joined Public Enemy, alongside Nas, Questlove, and Rapsody, among others, at the 2020 BET Awards for a performance of Public Enemy’s classic track “Fight the Power”. In July, YG released the single “War”, with a video where he is dressed as footballer Colin Kapernick, honoring Kapernick’s silent protest in support of Black Lives during the 49ner’s third preseason game of the 2016 season.

YG is also the co-founder of 4Hunnid Records along with Brandon Z Moore, which was originally called Pushaz Ink and marketed as Pu$haz Ink and involved DJ Mustard and Ty Dolla $ign as interested co-founders.

4Hunnid was used as a promotional tool and brand during its early planning stage for YG, DJ Mustard, and the collaborative rapper group that had all grown up together. However, as the planning process for the label continued, it was eventually shelved when a meeting with Capitol Records didn’t go the way they wanted, in turn, made everyone involved abandon the project which led to all those involved to continue to pursue their careers separately.

Rumors began to circulate throughout 2016 that YG would be creating a new label under the same 4Hunnid name and interest in the project was once again revived. While restructuring the new 4Hunnid brand, YG then released a fashion line that prominently featured the 4Hunnid logo.

YG has two daughters, Harmony and Vibe, with his former girlfriend, Catelyn Sparks.

In September 2019, it was confirmed that he and singer Kehlani were dating, but the relationship ended shortly after they started dating.

YG has also been following a vegan diet since 2016 due to health reasons.

The following are all of YG’s albums from throughout the years.

In 2009, YG signed a deal to Def Jam Recordings. While serving time in jail, his music had been getting some buzz off of his Myspace account and when he was released, he began going into meetings from Atlantic Records to Def Jam, where they just had just chosen him to sign due to brand recognition.

The majority of label attention had come from his collaboration with Ty Dolla Sign on his track “Toot It and Boot It”, which ended up peaking on the US Billboard Hot 100, after being re-released by Def Jam.

After he revealed that his debut album would be named I’m From Bompton. He explained the name saying that he changed the C to a B because it’s where he’s from and it’s also bringing something new. He also felt like it drew more attention.

In January 2012, YG changed the album’s tentative title to Freshman on Campus, however, that title would not last long and he would change it back. In June 2013, YG revealed that he signed a deal with Jeezy’s record label CTE World and in September 2013, YG announced that he had changed the name of his debut album from I’m From Bompton to My Krazy Life. He said that the new album name was chosen because it summarized a day in the life of YG.

YG’s sophomore studio album was made available for streaming by Apple Music on June 14, 2016. Later on June 17t, it was released By CTE World, Def Jam Records, and 4Hunnid for digital download purchases.

The album also features P-Lo, Terrace Martin, Swish, Ty Dolla Sign, and Hit-Boy as producers as well as contributions from rappers such as Nipsey Hussle, Lil Wayne, Slim 400 and Drake, as well as many others.

The singles “Twist My Fingaz”, “FDT” and “Why You Always Hatin?” used as the album’s promotional singles. The album was extremely well received by fans and critics alike and would also land on the number six spot on the Billboard Top 200.

“Suu Whoop” and “Big Bank” were the two promotional singles released to support the album. Stay Dangerous, like YG’s other albums, were generally well-received by fans and critics and even debuted at the number five spot on the Billboard 200.

4REAL 4REAL is YG’s fourth studio album and was released on May 24, 2019 by 4Hunnid Records and Def Jam Recordings.