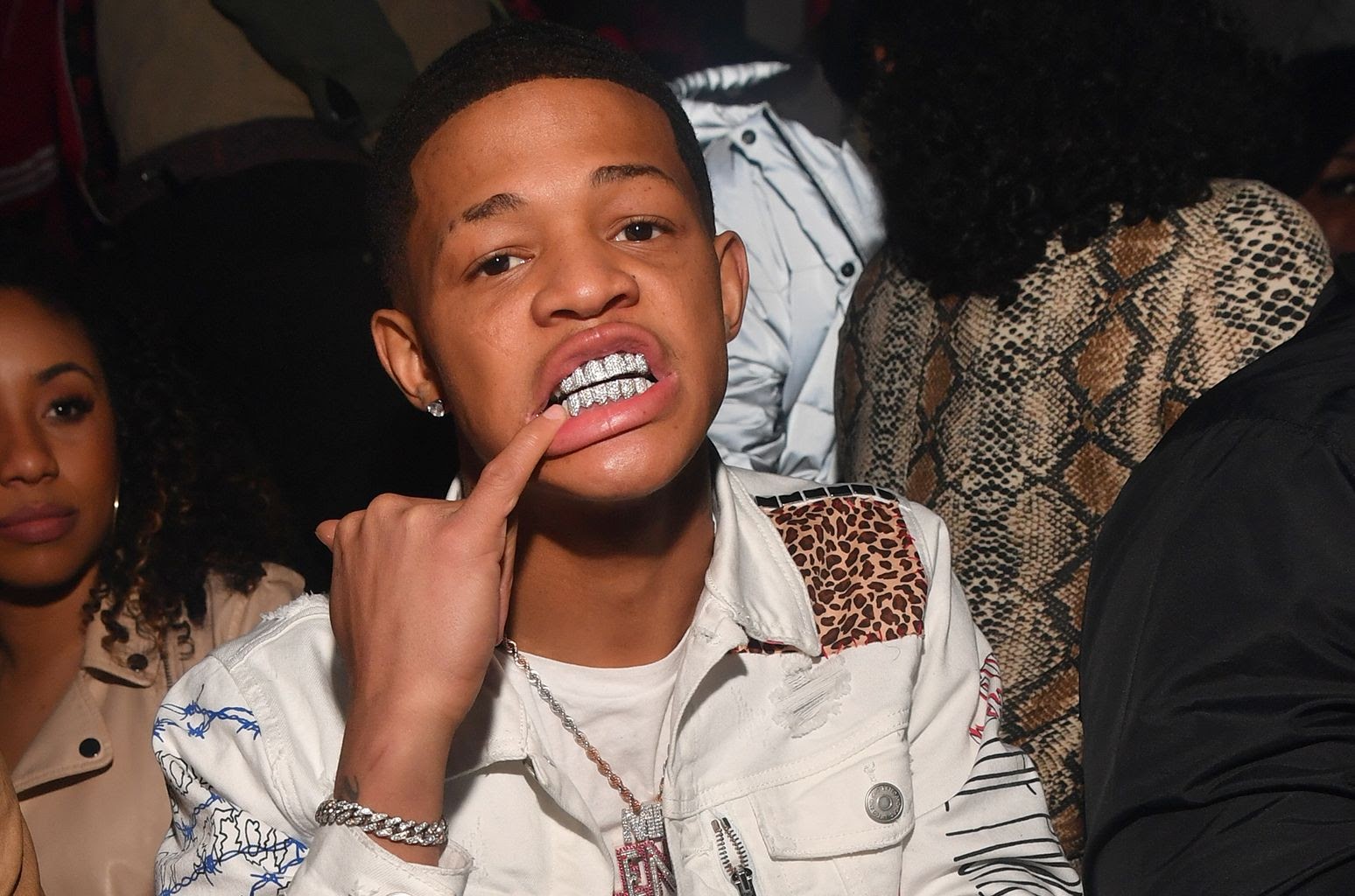 As a young R&B singer who wants to be considered an artist and major hit-maker, YK Osiris is likely to keep making his dreams come true with his raspy voice, appealing lyrics, and backing of famous friends.

Osiris Jahkail Williams was born on September 7, 1998, in Jacksonville, Florida. His parents split when he was young, and he was raised by his mother, a hairdresser. He is the oldest of eight siblings, six are sisters, and one is a brother.

His father was in and out of his life growing up. Thus, it was put upon Osiris to be the man of the house. As a result, he turned to crime to make money, anything that would help with the bills.

Although he started singing at the age of 13, Osiris didn’t fully take his music seriously until others started praising him and telling him he was talented. When he went viral, he started seeing himself fully as an artist and completely devoted himself to his craft. The result? As said by Nicki Minaj and Future, YK Osiris is going to be the next big thing in music.

When he was only 18, YK Osiris released a song called “Valentine” about a girl who he loved, but she didn’t feel the same way and broke his heart. His sincerity and charm in the song quickly made it go viral on social media and became a huge hit on streaming services, even going platinum. Soon, YK Osiris was gaining dozens of offers from various music labels. This was only strengthened when a remixed version of “Valentine” came out with an appearance from Lil Uzi Vert. He eventually signed with Def Jam in 2018.

The next year, 2019, was when YK Osiris really proved he was more than just a one-stop viral hit. He released his song “Worth It,” which reached 48th on the Billboard Hot 100, hit platinum in the United States, and hit silver in the United Kingdom.

Next, the song “Shakira” came out in August, and the song “Ride,” featuring Kehlani, came out at the beginning of October as a teaser for YK Osiris’s first album. “Ride” hit 30th on the Billboard New Zealand.

Also preceding his new album were features with DaBaby—one called “Freaky Dancer” by YK Osiris featuring DaBaby, and the other was “Gospel” by DaBaby featuring YK Osiris, Gucci Mane, and Chance the Rapper. “Gospel” hit 55th on the Billboard Hot 100.

Finally, YK Osiris released his debut studio album, The Golden Child, on October 11, 2019. It was received well and hit 90th on the Billboard 200. In an interview, YK Osiris reveals that the name Golden Child partly comes from a family childhood nickname and partly because of the Egyptian name influence in his family (Osiris, Isis, Ramses, etc.). This Egyptian influence is also seen in his album artwork with the pyramids in the background.

Young male artists who are becoming popular in the music industry nowadays are mainly rappers or involved in hip hop. YK Osiris breaks this image as an R&B singer who’s been able to rise through the ranks.

His voice isn’t a traditional R&B type of voice, more raspy and less soulful, but he still carries the vibe of a hip-hop artist.

Becoming famous at the age of eighteen meant that YK Osiris had to become accustomed to fame quickly, lest he is forgotten as a one-hit wonder. This has been one of his biggest fears—being forgotten. As a result, he’s dedicated himself to becoming known as a hit-maker. However, he goes about this in a somewhat non-traditional way.

Usually, when artists are afraid of being forgotten, they produce copious amounts of content to keep themselves in the public eye and to gain fans. This isn’t the route that YK Osiris has taken. Instead, he’s chosen to release content sparingly and rework his music until he thinks it’s perfect—quality over quantity.

YK Osiris has been very clear about who his first and main idol in the music industry was – Michael Jackson, the King of Pop himself. He claims to have watched videos of Michael Jackson singing when he was young and learned how to sing off of them. He loves the passion and versatility of Michael Jackson and says his favorite song is “You Are Not Alone.” And yes, he can do the moonwalk.

Actually, dancing is something that YK Osiris never trained in specifically but has been a new addition to his music videos as of late. He likes incorporating choreography into his music to have a full performance, and he sees this new addition of dance becoming a staple for him for years to come.

While recording, YK Osiris says he prefers to work in a studio and will go to lengths to find a studio wherever he feels creative energy. He says that Panama was one such place where he absolutely had to find a studio and record, as being around the jungle, animals, and positive vibes inspired him.

However, he doesn’t tend to need the studio for very long when creating the general song outline. YK Osiris claims that he typically creates songs within an hour or two, five at the most, and then spends weeks fine-tuning it. Generally, in the studio, YK Osiris says that he has to have LAY’S Classic Potato Chips, a bible, and hot peppermint tea for his throat, so it doesn’t get too raspy.

YK Osiris is a Christian with a deep love and respect for God, and puts his family above all else.

The singer has been very vocal about how he only wants to surround himself with positivity and has gone to great lengths to cut people out of his life that bring in negativity. He doesn’t like doing things rashly and regrets moments of anger that led him to bad decisions.

He thinks that spreading positivity and spreading love is more important than anything, and he details his disappointment with rappers who don’t help bring their juniors up. YK Osiris says he hates selfishness, and his social media posts show him spreading his love and wealth with his family, especially with his mother.

YK Osiris is very clear that he doesn’t care what people think about him, not on reviews, not in interviews, and especially not over social media. He knows he’s talented and feels like his music and his album sales reflect that. As a result, he stays relatively private about his social life, sharing tidbits when people ask but not feeling the need to post every moment on social media.

Although he has a self-proclaimed love of women, YK Osiris hasn’t had a confirmed official relationship as of yet. He did have a rumored girlfriend who got him arrested after a domestic skirmish, but her name hasn’t been released, nor has the nature of their relationship been confirmed. When asked about what type of girl he likes, he says he likes girls who don’t play games.

Scandals and Issues With the Law

Getting into trouble at a young age with police, YK Osiris was arrested a few different times for stealing and carjacking. He only began to try and turn his life around when a judge told him after an arrest for armed robbery that if he came back into her courtroom, she would send him to prison.

His most recent arrest was on November 4, 2019, for trying to strangle, bite, and assault his girlfriend. Reportedly, she had found incriminating photos of other women on his phone, and when she confronted him about it, he threatened her and tried to hurt her.

After a set in St. Louis in August of 2018, YK Osiris’s van was shot at, leaving four people injured. However, the singer was not among the injured.

YK Osiris and singer Jacquees got into a feud in 2019 when Osiris called himself the King of R&B of the new generation on social media. In his video post, he claimed that Chris Brown is the real king of the generation before, but in this generation, nobody can compare to himself. He specifically called out Jacquees, saying that the singer has a good voice, but his lyrics can’t compare. Jacquees, who has long called himself the King of R&B, even displaying it in social media bios, responded in a now-deleted post saying that YK Osiris can’t even compare to him and he needs to stop using his name for attention.

What Else Do You Need to Know About YK Osiris?

The YK in his stage name stands for Young King. Osiris is clearly already his name, but when matched with YK (Young King), it is especially strong because Osiris is the name of the Egyptian god of the underworld. He is one of the most important figures in Egyptian mythology, which was likely a factor when the young musician was thinking about keeping part of his actual name as his stage name.

In an interview, YK Osiris described himself as a hardheaded student in school, but one that made straight As. The decision to describe himself as a stubborn but good student seems deliberate so as to separate himself from other young artists in the R&B/hip hop game.

This want for separation becomes even clearer when you take into account the words YK Osiris shared with high school students in Florida when he came to visit as a speaker. His words of choice? Calling other rappers insanely dumb and unable to speak in a coherent sentence or even spell correctly. Was this said to show students not to idolize their rappers too much and to keep pursuing education, or was it a choice to show how YK Osiris is different from all of them? After all, he did get straight A’s…

YK Osiris seems to have a complicated relationship with his hometown. On the one hand, he thinks of Jacksonville, Florida, as home and always will. On the other, he says that people in Jacksonville thought of him as a joke when he was first seriously putting out tracks and would make fun of him. He said that was the only time in his life when he considered quitting. Although he still considers Jacksonville home, he moved to Atlanta to be closer to the music scene there and to get away from Jacksonville.

YK Osiris hasn’t been touring during the Covid-19 pandemic, but he does have one concert scheduled for May in Miami. It’s the Rolling Loud festival, and it has a huge list of performers. Other than that, all of his touring dates have been postponed until a safer time.

However, since the singer has expressed that he won’t be getting a Covid-19 vaccine because he thinks there’s something off about it and it could be a trick, who knows if people will even feel comfortable coming to his concerts, or if he’ll even be able to sing at Rolling Loud.

YK Osiris on Moving Out of Jacksonville After Finding Fame, Getting Hate  (Part 3) | Youtube