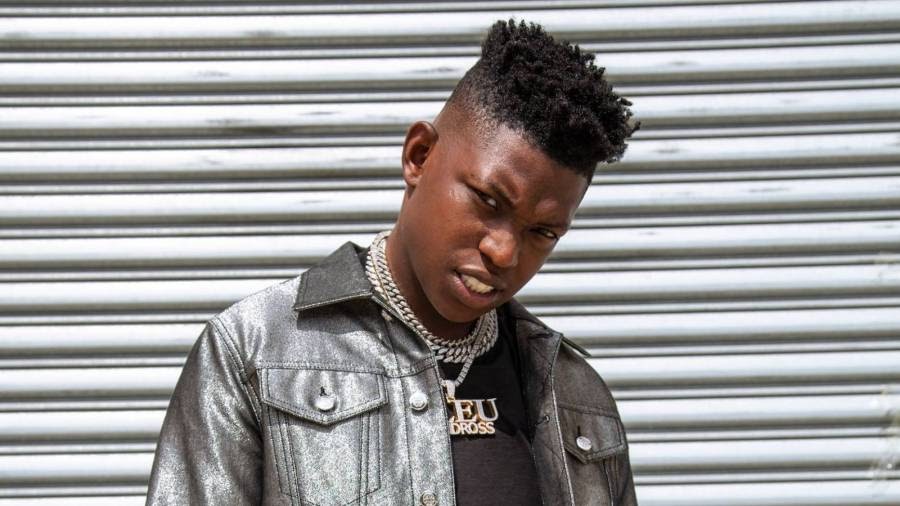 As a rapper who values hard work, family, and truth in music above all else, Yung Bleu has been in the music industry for a long time. But he’s only recently been discovered for the talent he is. With new releases and collaborations becoming bigger hits by the day, it seems Yung Bleu is destined for the fame and fortune he has worked so hard for.

Jeremy Biddle was born on April 4, 1994, and grew up in Mobile, Alabama, with ten siblings. He describes Mobile as a small city with a lot of rough parts and not a lot of opportunities. Alabama is still considered especially racist towards African Americans, and Yung Bleu grew up with that, especially noticing how he was treated differently around hotels and restaurants.

He was first introduced to the world of hip hop through one of his brothers, who dabbled in it and hung out with people who did as well. When he began to gain a little fame from his music, he moved out of his family home and to a nicer area. The move was one of the things he claims helped broaden his horizons and thoughts, thus helping his lyrics in the long run.

The Career of Yung Bleu

It was a slow start at first, to be sure, but Yung Bleu doesn’t regret the days of toil it took to become a relevant name in the music industry. He sees them as a blessing and proof that he is truly a self-made man and a hard worker. With new songs coming out and becoming hits upon release, Yung Bleu has certainly proved his prowess to the industry.

The Early Days of Yung Bleu

Starting at the age of eleven, Yung Bleu started dabbling in creating music. He would use whatever he could to record his beats and his lyrics, sometimes speaking into his phone and other times using a tape recorder.

He first started his music career by releasing a single called “Go Head” and a mixtape Hello World. Soon after, he gained the attention of Young Boss Entertainment and signed with them.

Overall, there are currently six mixtapes in the Investments series, and they feature guest appearances from the likes of Black Youngsta, Lil Tjay, and Dej Loaf.

Yung Bleu’s first big hit came with his 2017 song “Miss It.” The song follows a sad breakup and the regret felt afterwards. Soon after its release, it went viral on Youtube and brought him more exposure. The Investments mixtape series released after that date also saw steadily better ratings and streams.

Soon in 2018, he began to release content like the single “Unappreciated,” a remix of “Ice on My Baby” with Kevin Gates, and a new mixtape called Bleu Vandross, which was much more of an R&B leaning tape than any of his other work thus far.

This year was perhaps his biggest yet, with the mixtape Bleu Vandross 3 being released and his mini-album Love Scars: The 5 Stages of Emotions released afterwards. Love Scars showed that Yung Bleu really was dedicating himself more to R&B, with a vulnerable, emotional side to this album that fans hadn’t seen so clearly yet.

Love Scars: The 5 Stages of Emotions was so popular it spawned a deluxe album, and that’s when Yung Bleu really was thrust into the public eye. This mainly came from the new version of the song “You’re Mines Still,” featuring a new verse with Drake. The song exploded and made the Billboard Hot 100 and got Love Scars on the Billboard 200.

With a music style and image that has become defined by hard-hitting and emotional lyrics, Yeung Bleu melds together rap and singing to create versatile songs for his fans. He seems at ease, and yet inside holds himself to rigid standards. This dynamic mix helps fuel his songs and reflects in his relatable lyrics.

Yung Bleu is a singer and rapper who grew up with influences like Tupac, Luther Vandross, and Lauryn Hill. Although he’s categorized as both a rapper and singer, he doesn’t think of himself as a singer or even someone that sings in his music. He just thinks of himself as a rapper who can hold a long note, even if it doesn’t sound tonally perfect.

He stands apart from the rest in that although he delivers hard-hitting raps with gritty themes about the street, he is able to talk about the sides of things that rappers, male rappers specifically, have a hard time expressing. His music is dark and mysterious, yet also soulful and driven by pain. He feels comfortable rapping about things like being cheated on by women, which men don’t often do because it’s not considered to be manly. The stereotype in hip hop is that men do the cheating, never the other way around.

Sound-wise, he’s been described as sounding like Future, then Kevin Gates. Now, Yung Bleu thinks he’s evolved enough to only sound like himself; he’s become distinct.

Yung Bleu considers himself a perfectionist with his music and a guardian for his family. He thinks very highly of himself but that he’s earned that right with his hard work over the years.

The years of toil may seem a touchy subject for him, but he claims he’s grateful for them. Part of this comes from the fact that he’s been able to grow his fanbase organically, slowly over time with true ride-or-die fans, rather than fans that flock to a viral hit and die with a one-hit-wonder.

At times, Yung Bleu seems an anomaly. He has a casual, laid-back attitude in interviews and clearly is very private, and strictly controls his day-to-day life. Although we see the casual side of the rapper, he sees more of the strictness, as he likes for things to be precise and will work hard to achieve that.

Overall, Yung Bleu wants to prove that you can make something great of yourself, even from a small town or from hard beginnings.

Due to events in his life that have left him not quite ever feeling safe, as well as the scrutiny and hate that can come with fame, Yung Bleu doesn’t reveal much about his private life, his family, his kids, or his girlfriends. Above all, family means the most to him, and he wants to protect them.

Yung Bleu has had a few girlfriends and has two baby mamas. He doesn’t reveal much about his dating life, his women, or his two kids so as to protect them from the scrutiny of the media.

He lost his brother when he was a teenager to gang violence. Before Yung Bleu became popular and left his home, he had been very strict towards his brother, and the brother hadn’t gotten into trouble. When he left, his brother joined the Crips in Georgia, which would become his doom. Yung Bleu was on his first-ever tour when he got the news and couldn’t come back for the funeral, but wears his brother’s name in ink on his arm.

Yung Bleu was involved in a shooting in Mobile, Alabama, after he had picked his father up. Some men came around the corner and fired around fifteen shots in the direction of his car. Luckily, due to growing up in a rough neighborhood, Bleu had gotten into the habit of never waiting in cars like a sitting duck. He couldn’t reach his own gun in the car during the shooting, but his brother came out of the store where his father was and fired a few shots back to get the men to leave.

To this day, Yung Bleu doesn’t know who shot at him and why, but he has an inkling it was some people who resent him for getting out of the neighborhood and making a name for himself. He claims that this happens all too often for rappers who come from bad neighborhoods, citing how Boosie Badazz had to move out of Baton Rouge for his own protection.

Now, Yung Bleu doesn’t carry a gun with him but has hired people from Mobile that he knows and trusts to be his security team. The shooting seems as if it’s a major reason why he keeps much of his life so secret because he needs to protect those he cares about.

Yung Bleu would like to do collabs with Justin Beiber and Kehlani in the future.

He has said that he prefers to stay home because he has a tendency to spend money at any opportunity, blowing it for no reason sometimes.

Yung Bleu doesn’t mess around with the visuals on his albums and music videos much because his most popular videos have had the least amount of effort put in visuals-wise. He said this could change in the future when he gains more popularity and feels that he has enough of a built-in crowd to gain the views and warrant the time put into the visuals.

The name Yung Bleu comes from his favorite color, blue, and a recommendation from a friend. Afterwards, he switched the spelling around because he felt the vibe worked better.

In 2019, he bought a restaurant in his hometown with the intention of turning it into a soul food eatery. The restaurant was to be called Gwen’s House, after his mother’s best friend who often opened her home and kitchen to all while he was growing up. The reason behind the buy was that he wanted to give something back to his neighborhood. However, the location has reportedly closed down, with some reviews less than complimentary.

Yung Bleu released the song “Ghetto Love Birds” on January 22, 2021. It’s an acoustic ballad produced by Nate Rhoads that talks about how much he loves and wants to provide for and protect his lady.

Any touring plans he had have been altered by Covid-19, with some planned concerts even being canceled. However, there is one concert in Panama City, Florida, that is still happening on March 4th (or at least it hasn’t been canceled yet).