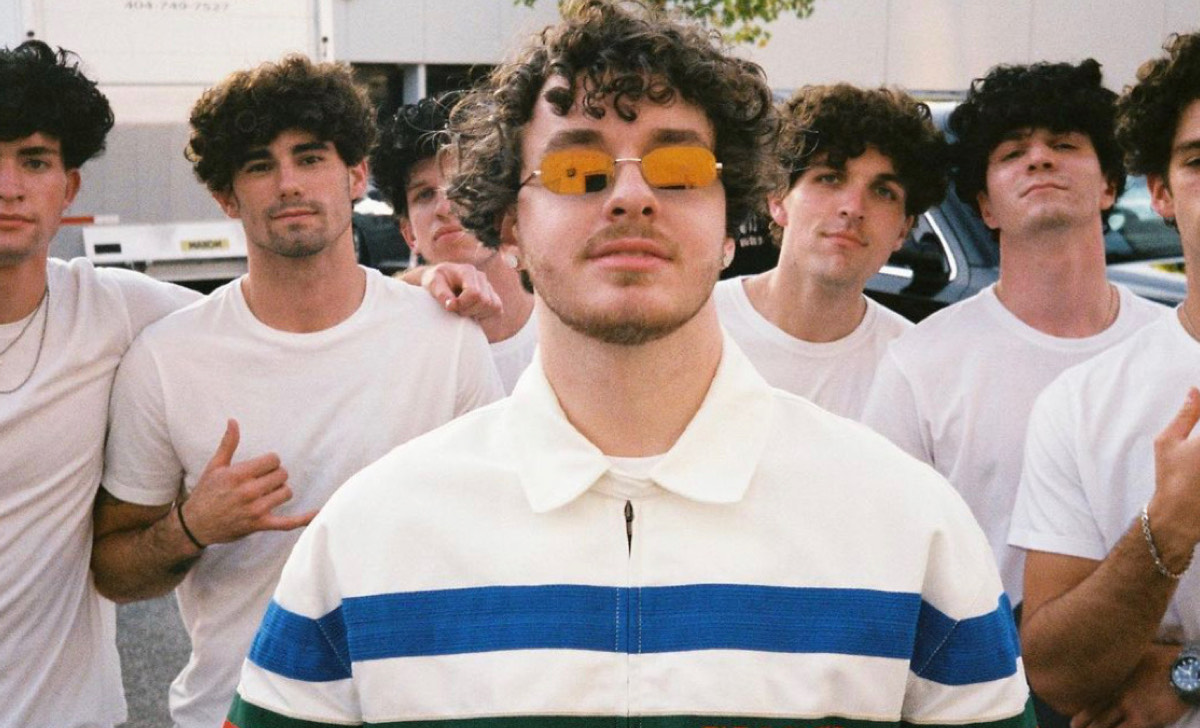 Jack Harlow, a name you might not have known before his rapid rise to fame most notably with his most famous hit, “WHATS POPPIN”.

“Harlow differs from his peers in both his content and delivery. Harlow’s content is much more relatable to listeners of all classes and places than the average artist in today’s industry. Harlow doesn’t pretend to be something he’s not, and the authenticity works. He’s gained fans not by flexing money and guns, but by displaying his normality and true self,” The Double Cup states about his upbringing.

Born on March 13th of 1998, Harlow is just 23 years old (TODAY) and has already created an empire for himself through his authenticity and incredible work. We are honored to wish Jack Harlow a happy birthday with these eight things that you likely did not know about him.

Today, March 13th, is Harlow’s 23rd birthday. Will Harlow’s birthday bring a brand new whip for him to hop in, or is he going to spend his holiday locked in? We can’t tell you for sure; but we do know that this rapidly growing star, Jack Harlow, is celebrating his 23 years of age tonight.

Yes, before Harlow was even a teenager, he was spitting bars.

Harlow wasn’t just rapping for his mom and friends; at the age of just twelve, he was recording into a Guitar Hero mic that was hooked up to a laptop to create CD’s… talk about a natural born hustler. Young Harlow titled his first pieces recorded with his friends “Rippin and Rappin,” today theres a good chance this would be poorly misinterpreted coming from a pre-teen.

3. Jack Harlow was sober through his high school years.

To nobody’s surprise, ‘rappers’ in general are commonly connected with being heavily involved with drugs, violence, and things similar.

Harlow has reported in several interviews that throughout his youth that he was never involved with drugs or alcohol, and that to this day he will occasionally have a drink and typically avoids smoking weed.

Harlow has modeled a great rise to fame.

The music industry is commonly associated with fame AND fortune. Don’t get us wrong, $4 million is not light work, but one may think with Harlow’s massive hits that he would have amassed a larger net worth when comparing him to icons like Drake; Drake has amassed a net worth of over $175 Million… to be fair he has 11 years on Harlow.

Jack Harlow has a long way to go, and with his talent, he can only go up from here. We are excited to see where Harlow will end up when he reaches Drake’s current age of 34.

‘What’s Poppin’ successfully narrated the second half of last year and this secured Jack his first Billboard hit peaking at #7.

This was the lead single off of his EP ‘Sweet Action.’

The hype surrounding the song was so strong that it made its way to land a spot on the tracklist of his debut studio album, ‘That’s What They All say.’

In a recent interview between Grammy Awards and Jack Harlow the prompt “Describe the moment you found out you were nominated for a GRAMMY” was presented; Harlow’s response was as follows:

“I was watching them announce it live. I was waiting as they went through all the categories. It felt like hip-hop was last. I was watching, patiently waiting. They started listing Best Rap Performance, and sure enough, “Whats Poppin” is there. Then, I had this moment of “What the hell?” because they put Luke James. It said, ‘Whats Poppin” by Luke James. I was like, ‘Yo!’ It didn’t stop my celebration because I knew there was only one ‘Whats Poppin.’ I was turnt. I got calls after calls. I got calls while I was on a call! The calls were pouring in. It was a special day. It was validating. I definitely didn’t expect to get nominated this early in my career. I’ll take it.”

Congratulations Jack, this is a monumental point for any artist to receive this level of recognition.

7. Harlow feels he needs to prove himself, and he is going to.

In a fairly recent interview with Complex, Harlow was discussing his image; he believes he is more than what the public may portray him as and he is striving to showcase this.

In the interview he shares his perspective “I think people are unaware of my musical range, and that’s something about this album I’m excited about. I’m really excited to show that off. I haven’t had a real melodic record hit big for me, and melody is a big part of what I do. I’m very musical and groovy in general.”

“I think people right now have me boxed in as the white boy who can really rap. That’s cool, and I’m always going to do the rap thing, but I’m excited for more of my music to spread its wings and get credit for that breadth and that range.”

Jack Harlow stated that he shot the video to ‘DARK KNIGHT’ on a whim and was surprised at the sensation it became.

This track may be only 2 minutes but it was successful in displaying the lyrical potential and capability that Harlow possesses.

‘DARK KNIGHT’ was one of the only two singles on his breakthrough mixtape, ‘Gazebo.’

This tape was a monumental turning point in his career following the release, Harlow was then signed to DJ Drama & Don Cannon’s ‘Atlantic Records.’

9. Harlow cites a list of influences across several genres.

Atlantic Records gives insights to the names that got Jack Harlow initially involved in music, and they do a good job summarizing this:

“Influenced by artists like André 3000, Missy Elliott, Drake, Eminem, Gwen Stefani, and Black Eyed Peas, Harlow’s mission is to prove that Kentucky can create its own unified sound.”

Harlow has also gone on to identify cinematography as a major influence in his work, and that he attempts to replicate the narrative that’s typical for motion pictures.

This list of artists and peripheral influences encompass a wide variety of genres and his roots of interest definitely may surprise you.

10. Drake and Kendrick approve of young Harlow’s talent with his co-sign.