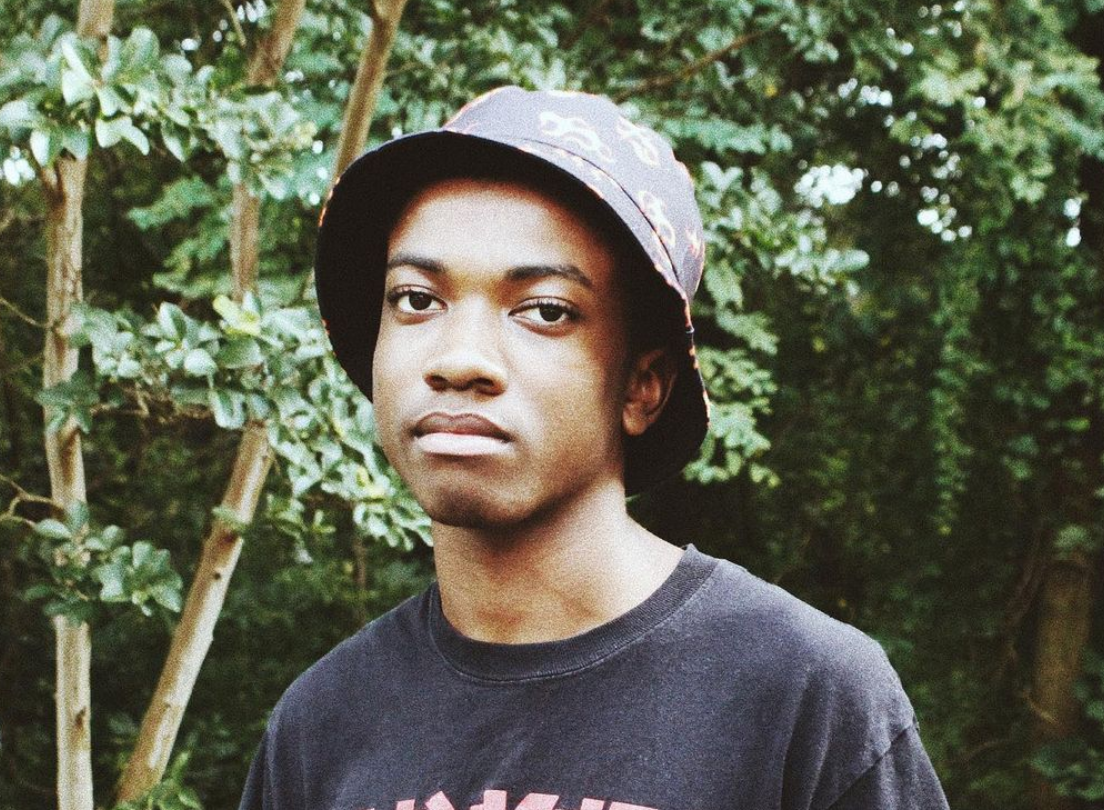 2021 has already done a lot in regard to music. The mainstream releases are just starting to pick up in frequency, but there should always be room in your playlist for some underground talent. Here are some of the most underrated artists that have the most potential this year:

Unusual Demont, a 21-year-old artist from Wisconsin, is an extremely unique figure in music. While most artists will drop singles to promote an upcoming album, Demont only has 2 songs total on streaming services. His work ethic is not at all lacking – he is constantly grinding behind the scenes, carefully piecing together his next hit. The word I would use to describe Unusual Demont is “thoughtful.” You can tell he puts a lot of time and care into his craft, and it shows. His first single “Amber” has over 4 million plays and his second single “Pine” is getting there, currently sitting at 700k streams.

His sound is a fusion of alternative, pop, and hip hop and he combines vulnerable lyrics with an inescapable catchy flow. His voice is great, and his aesthetics perfectly fit the songs. He even dyed his hair to fit the themes (red and green, respectively). Unusual Demont is a unique new act whose musical quality is just as good as its thematic marketing and aesthetic.

If you like: J. Cole, Saba, Kota the Friend

Chris Patrick, hailing from New Jersey, has been a prime example of things not always going as planned. His path of starting out at an office job and then working retail at Best Buy all while trying to make it as a musician is essential to his story. You can hear the pain in his voice and his words are like echoes of his soul when he talks. While I think his strongest tool is his storytelling ability, he also has high energy like on his upbeat track “Swish” that made the NBA 2k21 soundtrack as well as the charisma for a slower R&B song like “3AM.” Chris is an extremely talented musician and his authenticity is contagious, helping him to grow a sizable and dedicated fanbase on social media. Expect to hear much more from Chris moving forward.

The best way to describe Armani White is as “positive energy.” His sound is radiant, his voice is boisterous (in the best possible way) but soft when it needs to be, and his rapping is top-notch. Billboard describes his music as “uninhibited joy,” which holds a lot of truth behind it. Armani has faced enormous challenges in the start of his career, but you’d never know by talking to him. He only has one project under his belt on streaming services, but already has two hits and his recent singles have been nothing less than solid.

Armani’s outlook is that of a seasoned veteran, yet he maintains the hunger of someone just starting. His energy combined with his powerful songwriting makes him a force to be reckoned with, and the sky’s the limit for his career.

This Neo-Soul artist from Oakland’s ability to effortlessly pair his smooth vocals with soothing production is remarkable. Elujay is one of the most talented artists in hip hop. His music is soul-touching and he has been putting out quality work since 2016’s Jentrify. His albums in 2019 and 2020 were both great, and although he has several songs with over a million plays, he’s just missing that one big hit to push him through into the mainstream. Elujay’s introspective lyrics and catchy hooks will have you grooving for days

The first trap artist on this list, EST Gee seems to be making all the right moves lately. He was just signed to Yo Gotti’s CMG label a month ago, has features from Jack Harlow, Moneybagg Yo, and 42 Dugg, and was mostly recently featured on Lil Baby’s track “Real As It Gets.” Although he’s not a household name just yet, he’ll get there this year. Lil Baby just this week claimed EST Gee is “The New Young Jeezy.” This praise isn’t just all talk, either.

The Louisville MC is special. In September 2019, just one month after the release of his debut project, he was shot 5 times and nearly died. He had surgery and came back with a vengeance. EST Gee put out two projects in 2020, Ion Feel Nun and I Still Don’t Feel Nun. Both feature hard-hitting trap anthems and EST Gee’s raw energy is explosive. He raps like he has a chip on his shoulder, not unlike 50 Cent in ‘03. EST Gee’s top-notch production, immersive tales of the street, and rugged delivery could make him the next face of trap music.

If you like: Kendrick Lamar, Mac Miller, Dom Kennedy

Caleborate has been in the game a long time. The Bay Area rapper put out several mixtapes before releasing his strong debut album Hella Good in 2015. He has had features from the likes of G-Eazy, Big K.R.I.T, and Kota the Friend, and I expect the association with star power to rise. His music has been nothing less than incredible since he first jumped on the scene, each album displaying a different mindset and time in his life.

Caleborate’s introspective nature makes him easily relatable, as he paints vivid pictures of growing up in a beautiful but imperfect world. His lyricism is fantastic and he invites you into his lenses on every song. He’s impossible not to like, with his positive mindset and down to earth personality. He’s genuine and has the talent of some of the biggest names in the industry, so the hip hop world will definitely know who he is soon, if they don’t know already.

One of two Trust label signees on this list, Che Noir prides herself on being a product of the 90s. You can hear it in her stylistic boom bap production and more importantly, in her witty lyrics. She can tell a story and she can also spit hard bars, she is very versatile. Che’s introduction to hip hop came via producing, so she has the rare skill of being able to produce as well as she can rap.

Che’s work ethic sets her above the rest, dropping three quality projects in 2020, including a common album of the year list candidate “As God Intended.” She turned heads in 2020 with the type of year she had, but she’s far from finished. Che raps with a passion to her voice like no other, but the strength of her bars always matches the strength of her delivery. She has a very special mindset and as time goes on, will only continue to separate herself from her peers.

If you like: Earl Sweatshirt, Tyler, the Creator, Isaiah Rashad

This 16-year-old may be the youngest on this list, but that doesn’t take away from the amount of quality and substance this MC has in his music. Made entirely in his bedroom, Niagara feels like something a long-time rapper created with its impressive sampling (the production is heavenly) and strong lyricism. Redveil’s voice fits the colorful instrumentals extremely well, and his music will put you in a good mood regardless of the subject. He shows good chemistry with all of his features, a difficult task in today’s day and age.

What’s almost most impressive about the Maryland native is that his brand grew in spite of renowned music critic Anthony Fantano’s harsh critiques of his latest album (pretty much everyone was in disagreement with him). Redveil already has a dedicated fanbase, despite being relatively new in the rap game. He has received lots of positive press from big name outlets as well as the likes of Tyler, the Creator and JPEGMAFIA. The ceiling is very, very high for this young man.

If you like: Freddie Gibbs, Pusha T, Danny Brown

One of Griselda’s newest members, Boldy James was arguably the MVP of 2020. He dropped 4 good/great projects, including a collaboration with the legendary producer Alchemist. Boldy thrives on jazz rap beats, providing sophisticated rhymes about the harsh realities of Detroit. He proved he had a more personal side on Manger on McNichols, while staying true to his glamorous coke rap style on The Price of Tea In China. Boldy’s consistency is unmatched, and his atmospheric production selections always suit him.

One of the only rappers to drop more than one album of the year contender, Boldy has already earned the respect of heavy hitters such as Freddie Gibbs and Vince Staples. Boldy has nowhere to go but up, no doubt being pushed by other Griselda members to be constantly improving. He arguably had a better year than all of them, however, and has the potential to be the best of the group. Boldy James is one of the most unique artists in the game, with a truly different style and a strong, consistent output.

Ransom is a seasoned veteran, yet still raps with the hunger of a newcomer. He’s been in the game for years, but 2020 felt like a renaissance for his music. Pairing with up and coming producer Nicholas Craven, Ransom delivered on the Director’s Cut series and its Crime Scenes follow-up, spitting over beautiful samples while maintaining a horror movie aesthetic that worked wonders for these projects. Ransom’s knowledge is most prevalent in his rhymes that are always hard-hitting and reveal the mind of a man who has experienced a lot in his lifetime. His delivery is second to none, and he sounds like he puts his soul on the line with every bar.

Even though Ransom has collaborated with some of the biggest names in the game, he still has plenty of surprises left up his sleeve and his career feels like it can skyrocket at any moment. He has earned the respect of the underground community, but now it seems as though he’s destined for more. You can tell that Ransom has complete commitment to his craft, and his dedication to the art is admirable. He is set to complete his series with Nicholas Craven in 2021 and also collab with other legendary producers, so he is the man to watch this year. Ransom is not only the number 1 artist to watch in 2021, but also the best lyricist in the game right now. Don’t sleep.