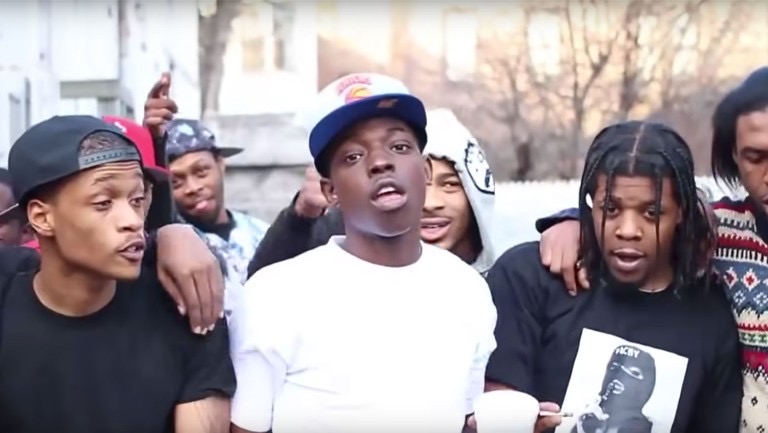 A lot has gone down since the legendary, 26 year old, Bobby Shmurda, was last a free man.

Due to a now viral tweet, there has been a lot of reminiscing on the near decade of events that have ran their course and gone their way. Bobby Shmurda’s fans are eager to fill in him on everything he has missed in order to keep him up to speed.

Rising to international notoriety after his ‘Shmoney Dance’ went viral on vine, Bobby was only able to reap the benefits of the lifestyle he made for himself for a short amount of time.

Shmurda pioneered the way for the Brooklyn drill scene and after his hit debut ‘Hot N*gga’ peaked at #6 on Billboard, he was sentenced to 7 years in prison.

Since Bobby’s incarceration, a lot has changed. The app that helped pave his career, Vine, does not even exist anymore, TikTok is now the biggest app on the market, many artists that had a significant impact on rap today have unfortunately passed, and entire careers have been built off of the new generation’s dedication to the platform Soundcloud.

After he’s finished catching up with his family and loved one’s, there’s a lot for Bobby Shmurda to take in:

From Vine Star to Major Labels

It was June 24th, 2014, when a user on the app vine looped Bobby Shmurda doing the legendary ‘Shmoney Dance’ which quickly made him an internet sensation. The original vine amassed millions of views and ended up carrying over to his YouTube channel which contributed to the Billboard peak that ‘Hot N*gga’ reached.

This led to Bobby Shmurda securing a deal with Epic Records and receiving multiple celebrity endorsements.

On December 16, 2016, the beloved app announced it will no longer be continuing it’s services to society. The app remained open for some time as a standalone archive for the videos still on it until it was officially shut down in January of 2017.

Although the influence from these artists is still very much prevalent, unfortunately there are almost too many artists to name that Bobby Shmurda was not here to witness firsthand. All of these artists deserve recognition for their influence that they have contributed to shaping how music is perceived today.

Pop Smoke managed to bring the Brooklyn scene to the degree of mainstream that we did not know was still possible.

Pop Smoke dropped his debut mixtape in July of 2019 and went on to put a multitude of platinum hits.

His career had seen unprecedented heights in such a short amount of time. He was unfortunately taken from us on February 19, 2020, when a home invasion occurred which resulted in his murder.

As mentioned, the SoundCloud era put an overwhelmingly amount of talent into the underground spotlight. Due to the convenience and accessibility of the platform, anyone could upload their work to the extent that their creative freedom would allow.

This birthed the almost entirely new genre of ‘SoundCloud Rappers’ that XXXTENTACION quickly became the face of.

This allowed XXXTENTACION to create a career for himself and contributed to the mental health of almost an entire generation.

XXXTENTACION went on to get his share of platinum hits and gained the attention of legends such as Kendrick Lamar before he was murdered on June 18, 2018.

Juice WRLD was another act that was heavily influenced by the SoundCloud era.

Juice gained mainstream respect after making it very clear that he actually freestyles all of his songs. Platinum hits could be made within minutes for this one-of-a-kind artist.

After his debut single ‘All Girls Are the Same’ went on to become a multi-platinum generation defining hit, he followed by dropping his breakthrough track ‘Lucid Dreams.’

Juice WRLD dominated the charts and was at the prime of his career when his life was tragically taken due to an overdose that occurred at the end of 2019.

From King Von to Lil Peep, the list goes on for acts that garnered mainstream spotlight whose lives were taken from us too soon.

What The Music Industry Has Become Today

Not only were we robbed of many lives that impacted this industry greatly. We also witnessed some of the most impressive feats in regard to breakthrough success that has resulted from the way music is ingested today.

We have evolved into a consumption mindset and have come to the point where we expect almost everything instantly. This is why the streaming market has increased and become as prevalent as it is today.

This movement saw it’s peak when Kanye West released his seventh studio album, ‘The Life of Pablo,’ only on streaming services. This was an unprecedented act that later unfolded into Kanye ‘editing’ the album after release and simply just reuploading that version to streaming services in place of the original.

2016 and The Influence It Had on a Generation

This also gave birth to many overnight sensations such as Fetty Wap and Lil Nas X. Bobby Shmurda sadly was not able to witness the beloved year of music that 2016 was, and thus missed the entirety of the legendary influence that Fetty Wap had on it’s respected generation.

Lil Nas X also went on to validify his name in the industry in an almost similar way and broke the all time record for having a #1 single; Lil Nas X held the title for 17 weeks for his hit ‘Old Town Road.’ This had a similar effect on the youth of today that Lil Uzi Vert had demonstrated years prior with XO Tour Llif3.

The success of Lil Uzi Vert’s career is also one that sadly Bobby is only able to just now witness.

After Uzi released hits like Money Longer, Do What I Want, You Was Right. The young star quickly gained a loyal fan base using his newfound love for social media. This elevated him to the rockstar he is today.

These incredible acts simply would not have been possible without the easily accessibility to music that the streaming platforms provided.

Streaming is also a direct correlation with the success that TikTok has achieved. Bobby Shmurda will come to realize that this platform can have the same effect on an up and coming artist that Vine did back in the day.

The obsession of video games was always prevalent, but the hype that we saw surrounding the game Fortnite is unheard of.

The game in it’s own sense successfully made it mainstream to play video games, and created the stigma that this is just what everyone is interested in.

After gaining the attention of some of the biggest names in the industry, such as Drake and Travis Scott, we were able to witness success we did not know was possible for a “free” video game.

The Presidency of Donald Trump

Quite literally – what would be the biggest shock to anyone just now being released, after nearly a decade of incarceration, is the fact that a celebrity had ran for presidency and succeeded.

This was an individual that had no formal political experience and was not in any way viewed as a politician.

This led to 4 years of events that simply cannot properly explained within the time we have left in this article.

The Legend of Steph Curry

Around this time, we were able to receive some distraction from the political turmoil that we had to endure.

From 2016-2018 Steph Curry carried the Golden State Warriors to two championships. Leading up to his 2016 / 2017 victory, Kevin Durant joined the squad of superstars as well. This helped to catapult them to their second championship in two years. They faced up against Lebron James and the Cavaliers in the final and took it home 4-1. Curry averaged 26.8 points and established himself as of the best three-point shooter in the NBA.

In 2018 he was back at it again fighting to the championship though it wasn’t as easy as the previous year. In the 51 games Curry played he averaged 27.5 points and was one of the most dominant players in the league. Again, they matched up against the Cavs and swept them 4-0.

What a Time to Be Alive

For anyone that had to bear witness to the extraordinary events that took place since 2014, it is okay to be tired. There has been an overwhelmingly amount of unprecedented occurrences that we as a society probably just want to get past in general.

On top of all of the things Bobby Shmurda missed, there is now a global pandemic that he has increasingly had increased exposure to from his time served. As masks became mandatory, and hearings got transferred to Zoom, Shmurda was definitely aware the extent that this virus had reached, but now he must face the reality that we live in.

At least we know with confidence that Bobby is surrounding himself with people that care about his well-being and will take the steps necessary to educate the legendary Miami born rapper on what he has missed.

Now all we can do is sit back and witness the legendary resurrection that Bobby Shmurda is about to display.