Fatti Drops His Second Release of the Year, “Dream Balling” 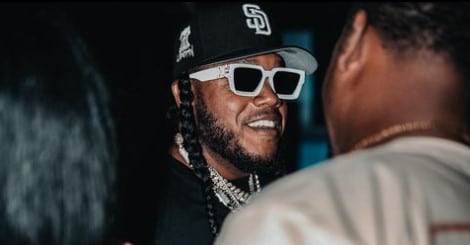 Baltimore’s soulful hip-hop prodigy, Fatti, returns with his first EP of the year, Dream Balling. The DMV rapper dropped his latest project on July 22, just months after the release of his album Nobody’s Perfect.

Dream Balling combines the best of Fatti’s lyrical prowess and vocal talents, giving the entire project a poetic, but exciting sound that keeps listeners coming back for more. The Extended Play is an easy listen, with eight tracks and a run time of 20 minutes, this short but potent project is a perfect introduction to Fatti and his sound for new listeners.

Thematically, Fatti’s latest offering focuses on the juxtaposition of the situations he has found himself involved in both as a youth and an adult. From love and indifference, to life and death, Fatti touches on the duality of emotions and experiences he has undergone in his own life. As the Baltimore artist raps on the song “Gang Members,” “I’ve had cold summers and hot winters, we done lived through some s–t.”

On songs like “Let’s Talk About It,” and “For All the Times,” Fatti explores the realities of gang violence and neighborhood politics, and how they have affected himself and the ones closest to him. Then on the tracks “Kitchen Floor,” and “Tew”, Fatti relishes in the gains in status, material wealth, and female attention brought to him by the very lifestyle that cost him friends and loved ones. Even Dream Balling’s title track centers on the stark difference in Fatti’s life before and after acquiring wealth.

On top of dropping a brand new EP, Fatti also released visuals for one of his most popular songs, “Never Again,” from his previous album, Nobody’s Perfect. Check it out below!

Just the second drop from Maryland’s hottest this year, Fatti’s still got plenty in the tank, with plans to drop even more music for fans before the year is out.

Still not on the wave? Check out Fatti on…