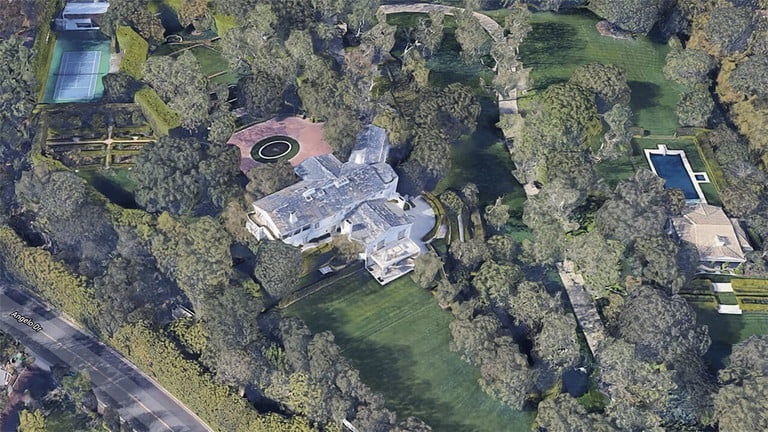 Amazon CEO Jeff Bezos has been making many headlines recently after selling nearly $4.1 billion of shares in his company. Well now he’s back in the spotlight after his purchase of a $165 million mansion in LA. A record setting sale. Although, being the wealthiest man alive, this deal might as well have been chump change to Bezos.

The mansion belonged to media mogul, David Geffen. Located in Beverly Hills, the historic Georgian-style property is a stunning nine acres. It has every amenity that you could imagine in a home. Some of these amenities include: amazing gardens, a nine-hole golf course, and a slew of guest houses.

Geffen paid $48 million for the home back in 1990, which was also a record at the time in Los Angeles. And now, realtor Kurt Rappaport calls it one of the most beautiful properties.

“I would say it’s one of the most beautiful properties in the world, let alone Los Angeles.”

But, let’s be real. $165 million dollars is hefty amount to you and I. But to the world’s wealthiest man, it is only .08% of his net worth. Most people buy homes they need several salaries to even afford! Meanwhile, Besoz has bought a $65 million Gulfstream Jet (that won’t fit in the mansion). He’s spent $80 million on three adjacent New York apartments. We are talking about a man that could literally solve world hunger and erase student loan debt, today.

While pondering everything this man could do with his wealth and power, try to remember where he started. This is a man who started Amazon, a trillion-dollar company, from his garage.

Jeff Bezos is the physical manifestation of the American Dream.

Share your thoughts about this $165 million mansion on our instagram page @rap. For more news, stay tuned in to Raptv.