Did Kendrick Lamar Respond To Noname’s Tweets Critical Of Black Celebs On His New Album? 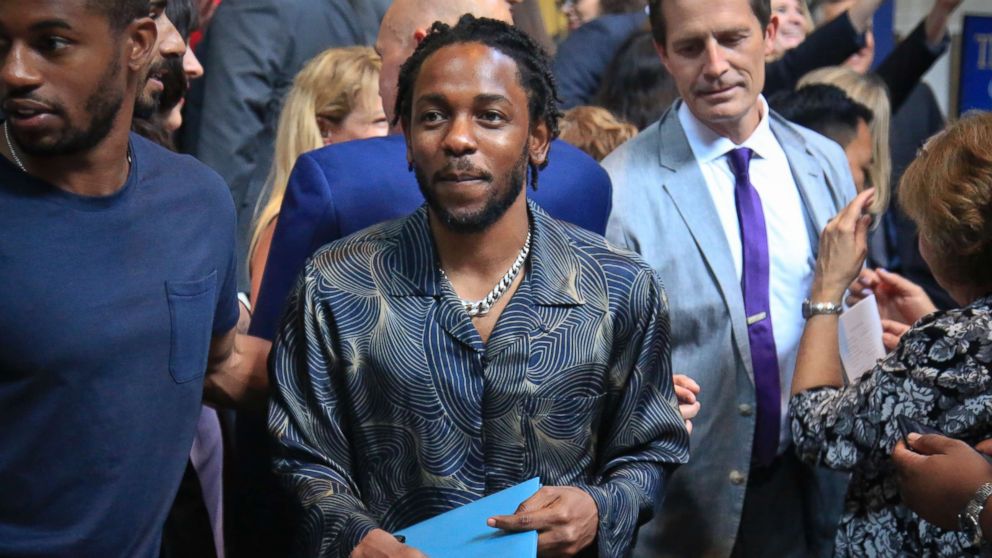 Kendrick Lamar has made a career of speaking out about issues like racism, poverty, and oppression in his music, but on songs like “Savior” and “Mirror” from his new album, Mr. Morale & The Big Steppers, it seems like he also takes a few lines to respond to a tweet Noname made back in 2020 at the height of the George Floyd protests.

Although Noname’s tweet did not name anyone in particular, many felt it was aimed at rappers like Kendrick Lamar, who is one of the most popular rappers of the past 10 years and stayed quiet through the protests. Kendrick’s music also often articulates the struggle of Black people; his song “Alright” became a rallying cry for the Black Lives Matter movement.

Since the release of Mr. Morale & The Big Steppers, fans have been listening intently to the new project to find the meaning in its lyrics. There are two songs on the album where Kendrick’s lyrics sound like a response to Noname’s criticism.

Even blacked out screens and called it solidarity

Meditatin’ in silence made you wanna tell on me

These lyrics, and the song in general, seem to be inspired by the national conversations that happened during the George Floyd protests. The “blacked out screens” line is obviously a reference to the #BlackOut movement from summer 2020 that happened in congruence with the protests. The “Meditatin’ in silence” line seems to allude to Noname’s tweet: While many celebrities spoke out during the protests, Kendrick was notably silent. However, Kendrick seems to justify his silence, suggesting that things like blacked out screens were more virtue signaling than actual “solidarity.”

Throughout the song Kendrick tells listeners they should not be regarding any one individual as their “Savior,” or at the very least, that they should not regard him as one.

Kendrick continues his thoughts on the subject in the final track on the album, “Mirror.” The song is about expectations and putting himself first, as is evident in the song’s chorus. All of which makes even more sense in the context of responding to Noname (and other detractors) about his silence during 2020. Much like on “Savior,” Kendrick uses “Mirrors” to absolve himself of the responsibility of “saving” anyone.

However, unlike “Savior,” on this song Kendrick is less subtle about who these lyrics are intended for:

She told me that she needed me the most, I didn’t believe her

She even called me names on the post, the world can see it

Mad at me ’cause she didn’t get my vote, she say I’m triflin’

Disregardin’ the way I cope with my own vices

Maybe its time to break it off

Run away from the culture and follow my heart

The wordplay in the line “She even called me names on the post,” is the strongest indication that Kendrick is talking about Noname. Additionally, the line “the world can see it” alludes to something public, like the tweet Noname wrote.

Rather than firing scathing lyrics at Noname, Kendrick uses the rest of the verse to highlight his own imperfections. He ends the verse (and the album) with the lines “Maybe it’s time to break it off/Run away from the culture to follow my heart,” which follows the theme of Kendrick putting himself first and expressing his desire to escape the pressures of “the culture.”

While it may have taken Kendrick two years to respond, others were quick to fire back in the moment. Some fans felt Noname’s tweet was aimed at J. Cole, whose brand of rap has always been deeply rooted in Black issues. Cole responded to the criticism two weeks after the tweet with the song “Snow on tha Bluff.” In the track Cole outlines his response to Noname, fundamentally agreeing with her but disapproving of her tone and lack of understanding.

Additionally, Cole responded to Noname in a series of tweets where he called her out directly.

Noname didn’t take Cole’s response lying down. Three days after the release of “Snow on tha Bluff,” Noname fired back with “Song 33.” On the song, she criticized Cole for making a song responding to her tweets instead of using his talents to speak in support of the BLM movement.

Noname apologized for responding to Cole with “Song 33” just three days later. In a tweet she wrote, “I’ve been thinking a lot about it and I am not proud of myself for responding with song 33. I tried to use it as a moment to draw attention back to the issues I care about but I didn’t have to respond. my ego got the best of me. I apologize for any further distraction this caused.”

However, Noname’s Twitter escapades didn’t end there. A couple of weeks after posting her “Song 33” apology, she took to Twitter once again, this time expressing disapproval for the African imagery used in Beyonce’s visual album Black Is King. In the now deleted post, she stated, “we love an african aesthetic draped in capitalism. hope we can remember the blk folks on the continent whose daily lives are impacted by U.S imperialism. if we uplift the imagery, I hope we can uplift those that will never be able to access it.”

Many Beyonce supporters were offended by the tweet, and retaliated by flooding Noname’s Twitter with abusive comments. This ultimately led to Noname clearing her Twitter timeline entirely.

Was Noname right to call out black celebs online? Is Kendrick right to choose to prioritize himself and his own well being over public activism? Who had a better response, Cole or Kendrick?