KOBE BRYANT WILL LIVE ON THROUGH THE LYRICS 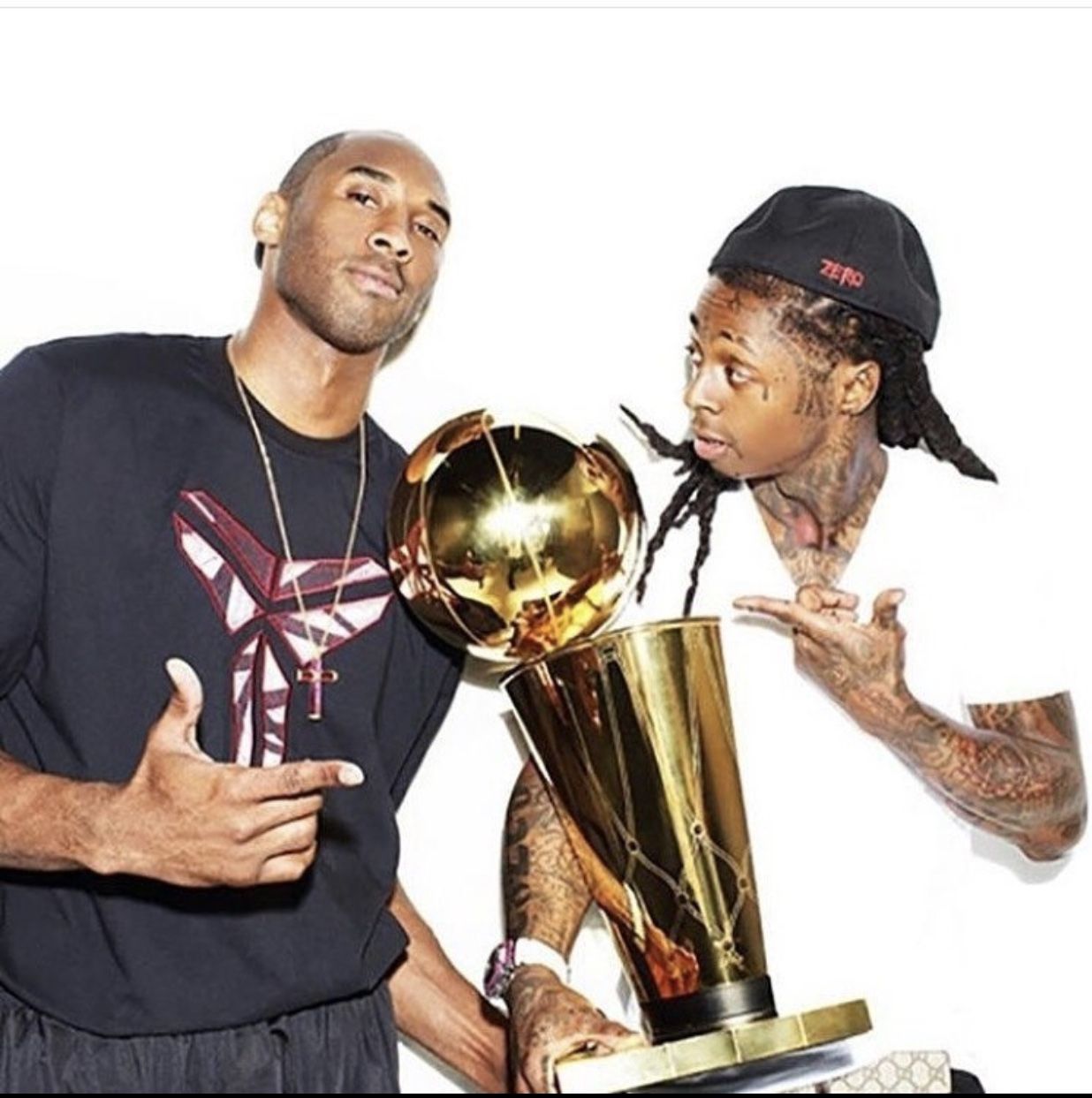 Home » Editorials » KOBE BRYANT WILL LIVE ON THROUGH THE LYRICS

We all know Kobe Bryant’s impact on basketball and how he revolutionized the game; however, there is another culture that he has been deeply rooted in and possibly just as impactful: Hip Hop.

Bryant has been mentioned in countless hip hop lyrics from a wide spectrum of artists that include Lil Wayne, Fabolous, Travis Scott, Kanye West (who recently held a special post-Grammy service for the Bryant) and many more. His dominance in the league was legendary, so much so, that his name has been dropped in hundreds of verses as a symbol of triumph and greatness – someone who defies the odds against him.

WHEN THE NEWS HIT….

The news of Bryant’s passing shook the hip hop community, arguably just as much as it did the NBA.

How could this be? Why does Kobe Bryant have such an impact on the hip hop culture?

WHAT KOBE BRYANT MEANS TO US

Many forget that the roots of hip hop come from struggle and the drive to triumph despite all the obstacles that may have been placed in your way.

There are a plethora of examples of individuals who have overcome their adverse situations to make it to where they are now, including many of the rappers that have name dropped Kobe in their own verses. But what makes Kobe so special is the greatness associated with his name. It’s almost as if his name is synonymous with being the best. Bryant dubbed this aura of greatness himself as the “Mamba Mentality”

In a 2009 track titled “Kobe Bryant,” Lil Wayne raps about this same mentality as it relates to hip hop. How to be like Kobe, is to strive to be the best. Which is why he dedicated this song to his favorite player.

“I want to be the best, simple and plain/ That’s why I play the game/ And to be the best you have to win/ And that’s what drives me,”

In a 2015 interview, speaking on his bond with Bryant, Lil Wayne states that the Lakers became his favorite team when Kobe entered the league because they both shared one thing in common that he held in the highest regard: “Youth.”

“Nine times out of 10, we both accomplish big things at a young age. They’re young. We’re young.”

The similarities between young successful athletes and rappers are striking and evident. There is no wonder that when Kobe signed to the NBA at age 17, he became an instant icon to multiple communities.

Listen back to all your favorite artists and the respect they show the legacy of Kobe Bryant and look forward to hearing more stories of triumph in his name.

“I had dreams of the league, one day I’d play Kobe/ Or walk up to Puff and he would really know me.”

“Now me and Kobe doin’ shots the night before the game/ Still drop 40 with liquor in my system.”

“Tryna get that Kobe number, one over Jordan.”

“I’m way too gold for this beef, feel like I’m Kobe, yeah/ This right here is astronomical.”

“Still every team’s number one pick in the draft/ You could bring anybody, weatherman, pick a day/ I’m Kobe, KD, Kyrie, pick a K.”

“Hundred thousand in one pocket, I get paid like I’m Kobe/ When these f— boys play games, man I just play like I’m Kobe.”

“Me and Top is like a Kobe and Phil/ A father figure f— with him, you get killed/ F— with me and he will kill you himself.”

“I promise I won’t ever quit, b—-, I’m Kobe/ And I whip that white, you can snow me/ Stoner Young Thugger.”

“Going off like Kobe when he wore the Crazy Eights.”

“I ball, I ball, like Kobe in the fall/ Put trophies on wall, rather trophies on my mantle.”