One of the most controversial artists since his debut in 2014, Kentrell Gaulden, or more notably recognized as NBA Youngboy, has seen an enormous rise in popularity. Three consecutive #1 albums and a chart-topping song featuring the late Juice WRLD are just some of his recent accomplishments.

Despite his massive success, Youngboy has been in the media for a much different reason. Between past attempted murder charges to the recent federal warrant arrest, the rapper can’t seem to stay out of harm’s way.

Being placed in jail may not be his downfall though, as many would presume. Youngboy’s music inspirations are collected mainly from his time in prison. In the past, it pushed his career to new heights and hopefully will continue to do so.

Growing up in the hood of Baton Rouge can have serious detrimental effects on your character and your future, but the horrible lifestyle may have ended up saving Youngboy’s life.

The half-a-century-long sentencing of his father and the minimal caretaking from his relatives possibly resulted in his first robbery charge in 2014. It landed him in a detention center where he ultimately began his music career.

Youngboy was able to garner studio time post-sentencing by collecting money through more robberies. He eventually released his first tape Life Before Fame, basing many early tracks on his aggravated and gang-banging tendencies.

“Homicide,” one of his first recorded songs, mentions the need to kill or “you gon’ end up dead.” “Trust Nothing” explores the constant “bullets flying” everywhere in the streets.

This aggressive mixtape captivated many new fans and even some big names in the industry.
Kevin Gates, also a Baton Rouge native, later teamed up with him on his infamous 38 Baby in October 2016.

In their collaboration, they described their brutal lives and associations with murders in the city. With their fathers being absent, both rappers resorted to the thug life. Youngboy looks up to Gates and they have been friends ever since their first project, bonding over such a hard-knock life.

The Worst Crime & The Best Outcome

It wasn’t even a month after the hometown features that Youngboy found himself in hot water again. Kentrell was reportedly in a driveby spraying into a group, who he believed had a connection to the murder of close friend and rapper, Keondrae Ricks.

Being tried for two counts of first-degree attempted murder, Gaulden was hauled out by U.S Marshalls during a Texas concert in December.

While locked up, Gaulden would go on to produce many standout tracks, including “Win or Lose.” It showcased his true attraction to loyalty and gang relations. Youngboy goes into detail on his early life and how he was surrounded by others that only knew about such a lifestyle. He mentions how he “grew up in the section where n****s got put in coffins” and the desire to make money without the fame taking him away.

Youngboy was released from prison in May 2017 after accepting a plea deal. He would be under constant supervision for 3 years, but it would allow him to escape 10 years in prison. This was the best move of his career and he was now able to focus on new productions with the same criminal mindset.

AI Youngboy dropped in August, generating his first Billboard hit. Music video features from the likes of 21 Savage and Meek Mill and his story-telling in “Untouchable” cemented Gaulden in the industry.

Following this win, there was, metaphorically speaking, not a ton of action over on Young Thug’s corner of the block. Young Thug dropped a tape with Chris Brown and was notably featured in Travis Scott’s hit “Franchise.”

Since the attempted murder case, Youngboy has been in the face of law 4 separate times.

In February 2018, after a short stint in jail over an assault charge, Youngboy released his first studio album Until Death Call My Name. It was his highest-charted album, peaking at #7.

He went 7 straight mixtapes without any legal trouble until being caught up in a September 2019 shooting in Miami with his girlfriend. Under house arrest, he was still able to release music, including the Billboard Hot 100 “House Arrest Tingz.” It explored his new life of being locked up at home, where the only thing he could do was add to his discography.

Over the next year, he would attribute 3 straight #1 records to his collection. He was at the top of his game, but before long, would find himself being arrested for gun and drug charges in September 2020. Although wrongfully convicted, it was his first time in jail in 2020.

Youngboy was laying low in 2021 but was arrested again in April 2021 through the execution of a federal warrant.

One month prior to the arrest, Gaulden declared that his third studio album Sincerely, Kentrell was canceled. All of his social media was deleted at roughly the same time, so the world has gone without a word from the man for quite some time.

The Central District of California believed Gaulden should have had an opportunity for a $500,000 bond, but a Baton Rouge federal judge denied bail. It was reported that Youngboy would be locked up indefinitely without bond until the trial was to take place. He was deemed “dangerous” to society and his past behaviors reflect such heinous actions.

Another strong detail behind this decision was Youngboy’s money. His rise to the top of the charts has put him on notice as being extremely wealthy. The court believes that no matter the price, he or a close gang or group would be able to pay for his outing.

A trial date has not been mentioned. Without a new trial, we may not hear Youngboy’s music for a while. But we can assert to you that once the man is out, some of his best tracks to date will be released. The dedication to lyricism and emotional sounds post-prison have always been exceptional, and we can expect nothing less with his next productions. 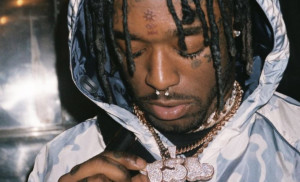 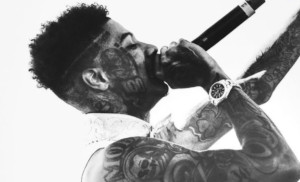 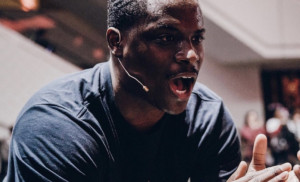 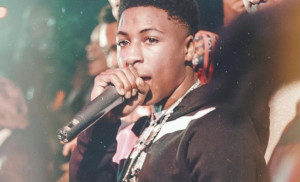 Gabe LaCagnina | May 03 2021
Exclusive ContentWant to get new music and exclusive content before anyone else?