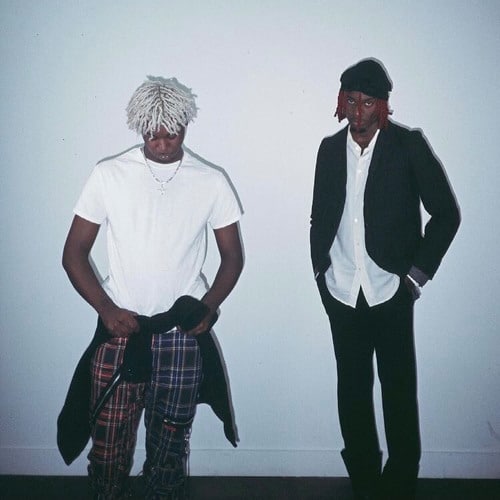 Ken Carson is back! The Atlanta rage-rap rockstar returns to the spotlight this week with the release of his sophomore album, X, this Friday, July 8. Highly anticipated by fans, the project has been in development since 2021 following the release of his debut album, Project X.

X is Carson’s new fourth body of work since signing to Carti’s OPIUM label in 2019. He previously released two EPs in 2020, Boy Barbie and Teen X, and his debut album, Project X, in 2021. His new album consists of 20 tracks, with features from Homixide Beno and Homixide Meechie of rap duo Homixide Gang, as well as two more features by Destroy Lonely, all three are signed to OPIUM alongside Ken Carson.

Since Ken Carson burst onto the scene in 2018, the Teen X rapper has amassed a cult-like following and distinguished himself as a trendsetter. His career has been guided by Playboi Carti and the WLR rapper’s style has clearly influenced Carson’s music. After landing a feature on Yeat’s song “Geek High” and performing at major events like the Governor’s Ball, Woo Hah x Rolling Loud, and Wireless Festival, Carson continued to grow his fanbase. He now has over 895,000 monthly listeners on Spotify alone—all before this new album even dropped.

The album’s lead single “The End” was released on July 5 alongside an official music video. “The End” (formerly known as “Green Day”) was highly anticipated by fans as snippets of the song surfaced on Instagram Live in November 2021 and again on TikTok last month. The track features masterful production by frequent Playboi Carti and Lil Uzi Vert producers starboy and Outtatown. On the track, Carson expresses his feelings regarding an unreciprocated love in a melodic whirlwind.

The song serves as an example of the growth the 19-year-old artist has accomplished in the last year, and features the futuristic genre-bending sounds fans can expect to hear on X. In a tweet that shortly followed the release of the video, Ken Carson revealed to fans that the monochromatic visuals are actually designed to be viewed with the colors inverted.

Ken Carson also announced his upcoming “The X-Man Tour” with labelmate Destroy Lonely last month, a 29-show tour across Canada and the U.S. The tour is set to begin in early August and run through late September. Tickets are available here.

Excited for X? Check out Ken Carson’s new album, available now on Spotify and Apple Music. Also be sure to follow Ken Carson on Instagram, Twitter, and Soundcloud.