Rap And The Evolution Of Black Music 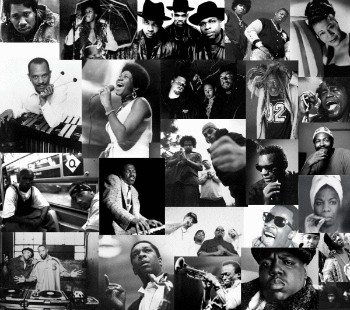 Home » Editorials » Rap And The Evolution Of Black Music

June is African-American Music Appreciation Month and it is clear that the dominant form of Black music in today’s society is Rap. The legacy of African-American music spans multiple garnered over several generations. From spirituals being sung in plantation fields and work songs being sung on chain gangs to the vivid emotions evoked by the Blues, the roots of Black music run deep.

As the Blues progressed into Jazz and eventually Rock ‘n’ Roll, Soul, and R ‘n’ B, it wouldn’t be long before the birth of Hip-Hop and its little brother Rap would change the world forever. Today, Rap music incorporates elements of all of its predecessors via sampling and blending genres.

This evolution has resulted in music that impacts the whole world and remains a predominately Black cultural form of expression. It also has become one of the most lucrative industries in all of entertainment.

While other genres of music tend to exclude Black artists, Rap has embraced other races in an unprecedented way. Some may argue that Rap, like Jazz and Rock ‘n’ Roll before it, has been appropriated and watered down, the fact remains that Rap is a cultural force created by and for Black Americans that is celebrated all year, but especially in June.