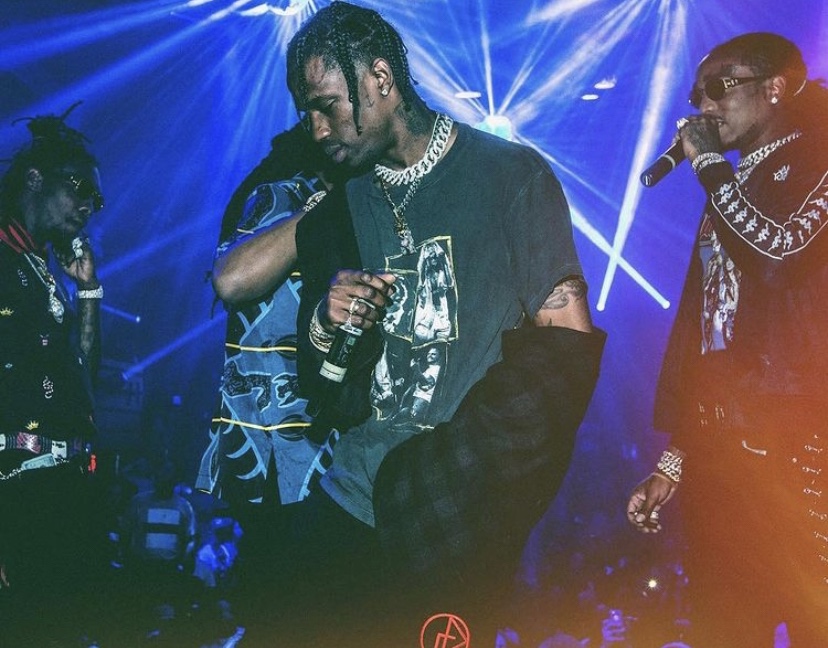 The music industry has seen an unprecedented influx of artists infiltrating the scene in the past decade. We’ve witnessed artists successfully become overnight sensations, and have  seen just as many not reach their full potential. While some of these new acts may become future stars, we cannot forget about the influential creatives from the 2010s that haven’t been in the spotlight because of their inability to release music to contribute to their discography. There is an opposition between artists like Travis Scott, who are still extremely relevant in the industry, compared to rappers like Ab-Soul, who haven’t released an album since 2016 and may have lost some of their prevalence. Either way, there is still the chance for all of these artists to drop music soon and many of them are planning on it.

Travis Scott, whether you love his incredulously auto-tuned high-pitch singing or believe he is ruining the ideals of true music, has admittedly been one of the largest and most influential artists in the past decade. Travis Scott’s last album “ASTROWORLD” dropped August 3, 2018. This makes it over two years since we have heard a solo project from him. Although Travis has been somewhat covert with his music as of late, he managed to still drop multiple singles. This included “GATTI,” which he released under the name of his collective “JACKBOYS” in 2019. The compilation received strong critical acclaim from listeners and showcased the talents of his newly formed label, but diehard fans are still fiending for new music from the star. Thankfully, on October 5th, 2020, Travis officially announced his fourth studio album “Utopia” on his socials, which is set to be revealed sometime in 2021. In December 2020, Revolt TV reported that Travis was seen in Mexico recording and shooting videos with Hit-Boy, WondaGurl, and Don Toliver. Scott even mentioned a future collaboration with Roddy Ricch, one of the most listened-to artists of the past year.

Not all of Travis’ popularity has been from music. Over the past few years, Travis Scott has done multiple collaborations with brands and received sponsorships from some of the nation’s largest corporations. In April of 2020, Scott received one of the most mainstream moments of his career. This came after Epic Games, the creators of Fortnite, announced the partnership between the two of them. Fortnite would go on to release his skin that players could purchase and use in-game, as well as create a first-of-its-kind virtual concert, grossing over 12.3 million watchers. Travis Scott reportedly earned nearly $20 million for the stunt, showing the true potential of artists outside of the music industry.

It didn’t just stop at video games––McDonald’s was the next major company to link with the rapper. The collaboration between them was the “Cactus Jack” burger, which consisted of bacon, lettuce, cheese, and barbecue sauce. The burger itself became a meme across social media, which led to more customers than they could have anticipated. Videos were posted to the social media platform TikTok, where users would share themselves messing with the drive-thru workers.

“Cactus Jack sent me” and “It’s lit!” was all these fast food works heard.

This would be followed up with “SICKO MODE” being blasted through their speakers.

Some of the videos were somewhat inappropriate, and many of the workers were aggravated by how many people were pranking them. But, it was all in good fun; both McDonald’s and Travis would go on to benefit from the deal. McDonald’s did not even have a large enough supply of these burgers to go around, and Travis was able to bring in nearly $20 million from the meal and merch.

If we are going to mention influential artists, it goes without saying that Kanye West needs to be on this list. “JESUS IS KING” was his latest studio album that ended up shattering the Billboard charts. It immediately took the throne as number one, and won Kanye the Top Christian Album and Top Gospel Album awards in 2020. Although he has not released music this decade, he has been hinting at a return with his 10th project “DONDA,” which was originally planned to drop in July 2020. West is known for his lies about music releases, he has a habit f constantly lying about release dates on Twitter to his fans; who were getting extremely tired of the nonsense.

More likely than not, we won’t be seeing an album from him for months. Even without music, Kanye may have garnered even more popularity in society than any artist as of recent. West has been in the news for so many different issues, ranging from the US Presidential election to his eventual divorce with Kim Kardashian; which actually ended up coinciding with one another. Politics was one of the main reasons for the prenuptial agreement, with many of Kanye’s friends mentioning that it was the final straw for the couple. He spent a total of $12 million of his own money to provide for his failed election, where he only received a total of around 60,000 votes. This was more than 80 million less than the winner, Joe Biden.

J. Cole Putting Out Everything but a Solo Project

There are plenty of other infamous rappers, such as J. Cole and Kendrick Lamar, who have maintained their status among the greats but haven’t released solo albums since 2018 and 2017, respectively. Cole has put out many hit singles including “MIDDLE CHILD,” as well as Dreamville’s “Revenge of the Dreamers III: Director’s Cut,” which set the foundation for many of his signed artists, such as JID. His next, and rumored final studio album, will be called “The Fall Off,” which Cole himself declared in 2019 with a video and a Dreamville Records tweet to go with it. Although it was set for release in 2020, no official word on the work has been discussed since. His retirement is still in question, and no one truly knows whether this will be his last project.

The Silence from TDE

As for Kendrick, the rap world has seen nothing from him since his “DAMN.” album, but the project certified him as one of the best to ever get behind a mic. Fans are anxiously waiting for him to make an announcement soon but his Instagram account has been dry for nearly a year now. His only two posts caption’s simply read “pg-lang.com.” Baby Keem, Lamar’s cousin, is reportedly working on this project with him, as Baby Keem posted a clip to his Instagram of a hooded-man singing. The vocals match Kendrick Lamar and based on what we can see from this snippet, it is safe to say they have something in the works.

Multitudes of other artists have also been undercover for years. Ab-Soul promised an album in 2020, but nothing more has been mentioned since his initial shout-casting of “cookin’ the bird up slow” at the Day N Vegas music festival, where he teased his new album in 2019. It has been roughly 5 years since his last album.

Isaiah Rashad, the Chattanooga, Tennessee native, most notably recognized for his feature on SZA’s “Pretty Little Birds” and his own debut 2016 album “The Sun’s Tirade,” has frequently been in contact with major upcoming artists, including Duke Duece. On February 12th, 2021, Rashad posted a picture to his Instagram of him and others recording in a studio. Although there has been no mention of a date for his next project, many of his fans are speculating and encouraging him to drop soon.

Waiting for Odd Future and More

Frank Ocean is another artist that is notorious for his lack of communication to the general public. On February 23, 2021, the singer was seen with Tyler, the Creator in NYC for the first time. Many were speculating on what he’s been up to, but the tragic death of his brother has led to his fanbase finally giving him the time and space he needs. There has been no update on music as of yet, but a collaboration between the two would unquestionably excite fans. Frank has not released an album since 2016, and it’s already been 2 years since Tyler dropped “IGOR.”

While there are many other artists who have recently been implicit in album drops, there are still a few releasing music enough to satisfy their fans. Joey Badass, JID, Cordae, and Vince Staples may not be at the top of the game right now, but they have all somewhat been featured on projects and are still showcasing their talents.

Only Time Will Tell

All of the aforementioned artists have been either working on songs in studios or have indicated their intentions on getting back into music again. There is no doubt that all of these rappers will eventually get out more music to their fans, especially when they have had so much time to perfect their own projects during the coronavirus and lockdowns. It is a matter of when, not if, in regard to these new albums being released.