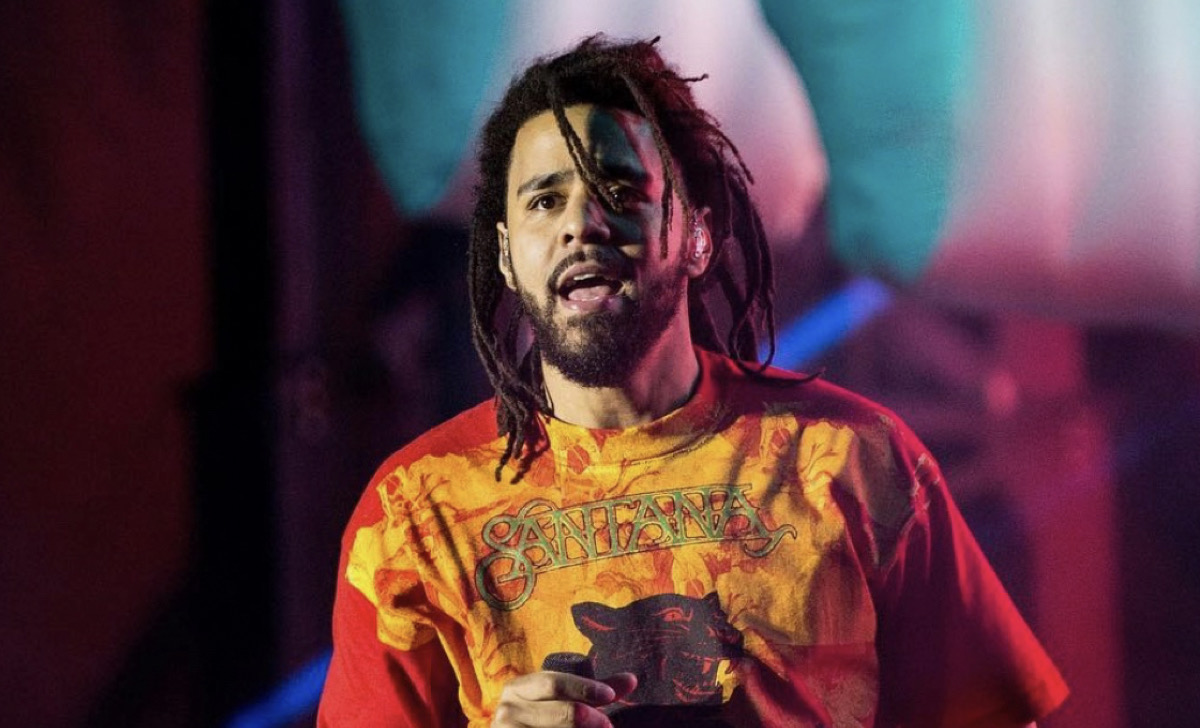 The Road to The Off-Season

On his latest album, The Off-Season, J. Cole raps like he’s got something to prove. The opening lines of the record: “This shit too easy for me now / *****, Cole been goin’ plat’ since back when CDs was around / What you sold, I tripled that, I can’t believe these fuckin’ clowns,” sound far from the insightful messages on his last album KOD.

The reason J. Cole has a chip on his shoulder with this record- he feels like his journey is unfinished.

The Off-Season is in many ways J. Cole coming full circle from the start of his career when he put out three mixtapes with basketball-influenced themes and a special energy, a hunger, that set them apart from Cole’s later work.

In his documentary Applying Pressure: The Off-Season Documentary, Cole says his attitude going into The Off-Season was similar to when he was making The Warm Up: “Do you really want to look back 10, 20 years from now…and be like, ‘the reason you didn’t make it in music, is because you didn’t put in the work?’”

The Off-Season is the product of Cole trying to rekindle that fire that he had when he was younger. He wants to hone his craft and reach new heights before he leaves the game forever. Prior to this album, he says he hit a crossroad where he could either stay in his comfort zone and be okay with what he’s put out before, or he could keep grinding and get better. It’s safe to say that J. Cole chose the latter.

To understand The Off-Season is to understand Cole’s mindset. Coming into this album, he was not concerned with reaching new heights commercially/success-wise, one might argue that he’s done enough in that regard.

Instead, his sole focus is to fight routine and improve his skill level. This started with his feature run that spanned mostly from 2018-2019, where he pushed himself outside of his comfort zone to write feature verses for unlikely collaborations including Young Thug, 21 Savage and Moneybagg Yo.

He knew that with comfort comes complacency, and with discomfort comes growth. This improvement allowed J. Cole to find the inspiration to make a project like The Off-Season. This is an artist honing his craft, trying to strengthen his abilities. He doesn’t care about selling the most, making the most hits, I’d even argue making a complex narrative album.

This man just wants to spit circles around you lyrically. This is the lens through which one should view the album, rather than expecting a conceptual masterpiece.

What The Album Does Well

The hunger that J. Cole has been searching for, for years? It’s back. One might say that he’s “rapping like the rent’s due.”

We haven’t heard Cole spit with this much passion since Friday Night Lights back in 2009. His delivery makes every punchline hit home “I got more M’s (Ems) than a real Slim Shady video” and “He sold more Coca-Cola than the soda industry (in the streets).”

On “c l o s e” he spits: “Hope of a better way to cope with the pain / And the scars, than the lean and the coke / And I swear in that moment I wish we were still close / Maybe I could’ve saved you, but no, trigger squeeze, gun smoke / I opened up my eyes with a jolt / Heart pumpin’ like Usain Bolt / Reached for my phone, missed calls and a text message note / From my mama sayin’ you just got smoked, damn, this life is no joke.” His lyricism shows not only great quips but also vivid imagery and impressive rhyme schemes.

Aside from the lyrics, The Off-Season’s production is phenomenal, boasting instrumentals from Timbaland, Boi-1da, DJ Dahi, T-Minus, and of course Cole himself. It’s a combination of the inspirational, basketball-themed production of Cole’s tapes (there’s even a whistle sample) mixed with trap-influenced 808s and hi-hats, with some soul samples sprinkled in as well. The combination works and from a production perspective, the album flows extremely well and the sound is cohesive. Cole’s melodies and singing have also been improved upon from recent work like KOD and the single “Snow On Tha Bluff.”

He’s not a great singer, but his singing works really well with the production and he also uses auto-tune and features from Bas and 6lack to his advantage. I wouldn’t put J. Cole on American Idol anytime soon but his singing does sound really good on tracks like “l e t . g o . m y . h a n d.”

The theme of The Off-Season being full circle for J. Cole is really well done with this album. For one, the track titles alone describe Cole’s literal journey going from the home that he grew up in in Fayetteville, NC via the 95 South (first song) to Hillside Ave (last song) in New York where he would stay at Mohammad’s crib and make music. Reddit user ChazLynnn even noticed that you can play the album in reverse to show the cyclical nature of Cole’s journey.

He made it to the top, but at the top realized he needed to go back down to find inspiration, to go even further this time. He refers to this on “i n t e r l u d e” when Cole says “This shit can go one of two ways / This shit can go up, it can go down.” Cole’s journey is the central theme of this album. We see it explored in different ways throughout, whether it’d be explicitly stated like on “t h e . c l i m b .  b a c k” where Cole says “everything comes back around full circle” or more metaphorically like on “9 5 . s o u t h” where at the beginning of the song he rhymes about how he is going to murder rappers with his lyrics and then by the end of the song, he’s talking to God after sending them to meet their maker, completing his mission.

The features on this album are the cherry on top. We get excellent verses from 21 Savage and Lil Baby, a great hook from Morray, some nice vocals from Bas & 6lack, and then some brief appearances from Lil Jon, Cam’ron, P. Diddy, and even NBA player Damian Lilliard.

What The Album Doesn’t Do Well

As I already mentioned, this album is not meant to be a narrative masterpiece, so while the themes of pride, determination, police violence, and success all fit the album well, they are not densely explored. The full circle nature of the album is probably the only narrative that is really well drawn out. The rest of the themes are sprinkled here and there but are not fleshed out and always come second to the bars, which was J. Cole’s intention, but will still prevent this album from elevating beyond “just a good work of art.” The songs are all fun to listen to, but most of the messages are surface level. If you came into this album expecting 4 Your Eyez Only or even 2014 Forest Hills Dr level of narrative structures, you will be disappointed.

We already know The Fall Off is coming. Cole has made it known that it will be his last album (but will it actually be?), and all signs are pointing towards that album being the audio masterpiece that many people were hoping The Off-Season would be. The hype built up around The Off-Season was no joke and many were understandably disappointed that the album turned out less conceptual and more of a mixtape. If you take the album for what it is, The Off-Season is a great addition to J. Cole’s already stacked discography and it certainly adds to his resume as one of the best artists of today’s generation.

While it can’t compete with the best of J. Cole’s albums, I still think this project excels at what it was trying to be and will age very well.