Rolling Loud is Rolling Through! 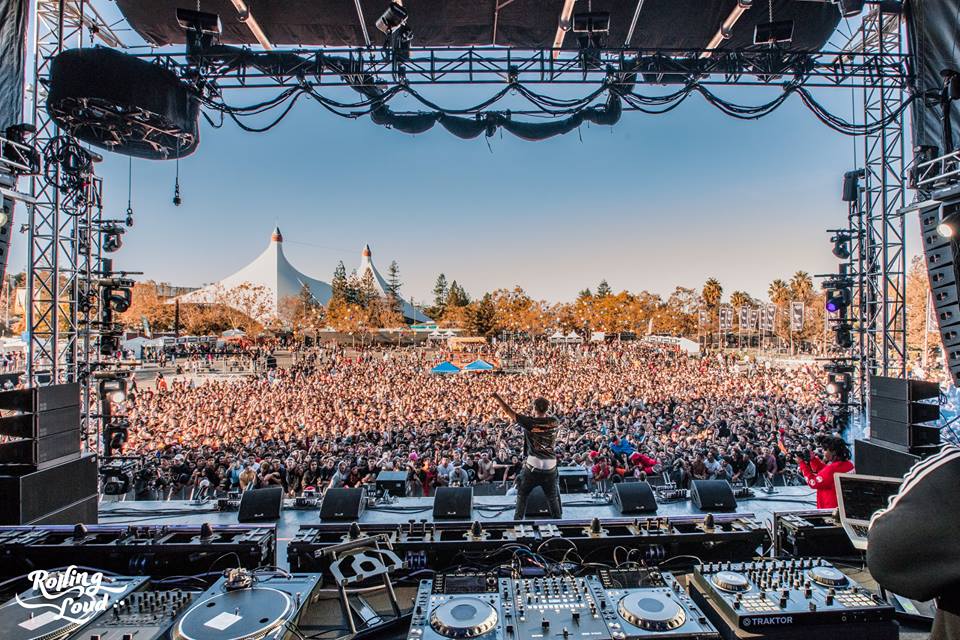 The biggest hip-hop music festival in the world is back. Now in its seventh year running, Rolling Loud is returning to the global stage for 2022. Headlined by some of the most popular rappers in the industry like Future, Nicki Minaj, Kanye West, J. Cole, Kendrick Lamar, and more, this year’s lineup is one you won’t want to miss. With upcoming festivals in Miami and New York set for July and September respectively, plus a brand new festival location in Toronto set for September as well, Rolling Loud is poised to be the best live rap music event(s) of the year.

What is Rolling Loud?

Rolling Loud is a multi-day hip-hop/rap music festival held at locations across the globe. Since its inception in 2015, Rolling Loud has grown to become the biggest and most consistent festival in hip-hop/rap. Over the years the festival has seen some of the hottest acts in hip-hop grace its stages. Hosting everyone from A$AP Rocky to ScHoolboy Q, Rolling Loud is the festival destination for rap fans around the world. This year, Rolling Loud has announced shows in Miami and New York, as well as launching shows in three new locations, Toronto (Canada), Hilvarenbeek (Netherlands), and Portimão (Portugal)

With five separate shows this year, a plethora of our favorite rappers are gracing Rolling Loud stages across four different countries. Multiple artists including Future, Lil Uzi Vert, Don Toliver, and Ski Mask the Slump God will also be performing at more than one Rolling loud event. Find below the complete list of performers for each event.

How did Rolling Loud start?

In the late 2000’s Matt Zingler and Tariq Cherif were working as party promoters in their home state of Florida. In their youth, the pair had begun organizing parties in high school at Tariq’s grandmother’s house, often using fake IDs to secure alcohol for their functions.

In 2010, the duo began hosting and promoting professional live music events, all starting with hosting an after-party headlined by Rick Ross. Although the event itself was not very successful and left the duo at a loss financially, ultimately it was the catalyst for their new game plan, booking as many rappers as they could to do shows in Florida. Zingler and Cherif continued to network and eventually came up with the name “Rolling Loud.”

Finally, in 2015, the first Rolling Loud festival took place. The explosion of experimental Florida rappers that gained popularity on sites like Soundcloud, combined with a lack of festivals catering to hip-hop fans specifically, created the perfect opportunity for Rolling Loud to come into existence. The first festival was headlined by ScHoolboy Q, with performances from Juicy J, Denzel Curry, Travis Scott, and more.

Where does the name Rolling Loud come from?

The specific origin of the name ‘Rolling Loud” is still up for debate. Neither of Rolling Loud’s founders has publicly commented on how or why their festival got its moniker.

However, popular speculation heralds the name as a nod to the immense stoner culture that surrounds south Florida, rap music, and the festival scene in general. The name itself—Rolling Loud—alludes to the act of rolling a particularly potent or odorous cannabis joint.

How can I participate?

Ready to join in? With five different three-day events, there are a couple of ways that you can get involved!

Looking to attend Rolling Loud this year to take advantage of all the talent under one ticket? Just head to www.rollingloud.com, then select the festival location you wish to attend. Pricing varies between location and dates, so don’t wait, get your ticket today! Alternatively, if you want to get involved by helping out, Rolling Loud posts numerous volunteer opportunities for its North American events on https://www.volunteermatch.org.

Get your tickets or your volunteer spots, and we’ll see you at Rolling Loud.