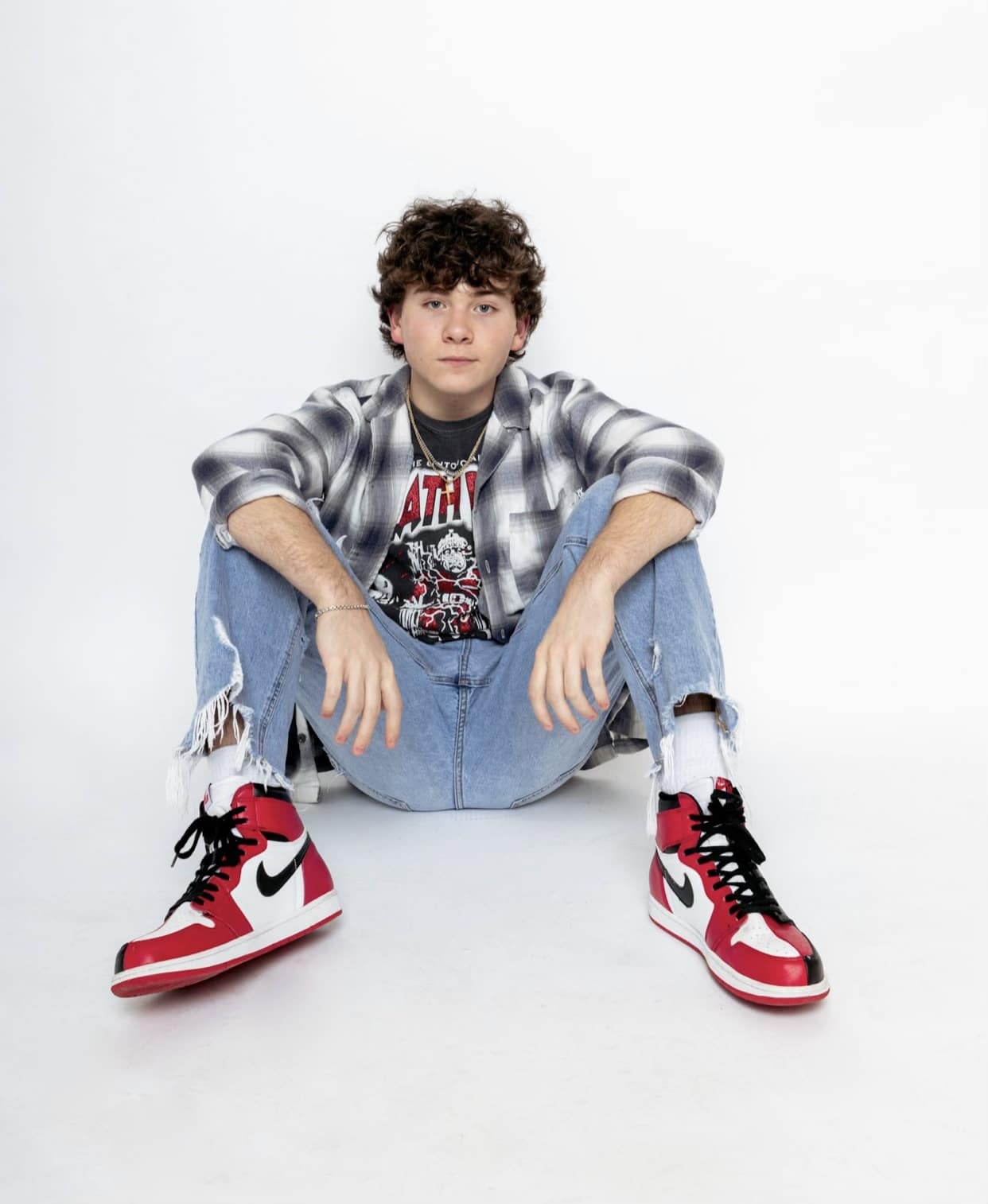 Son.person, a 17-year-old independent pop-artist from Memphis, is on a mission. He strives to “…showcase the diversity in sound which is present [in the Memphis music scene] …” to demonstrate the ways in which a wide-ranging spectrum of genres can uplift his city, culturally and musically.

That seems like no small task, but Son.person – whose birth name is Whitt Sabin – has been ready for this moment his entire life. He has had a passion for music as long as he can remember, and there has always been a group of solid, dependable people to nurture that passion along the way – no one more than his mother, Jacque Sabin, who raised Whitt alone in a household of only herself and her son. She has supported Son.person at all costs, inspiring him to derive his stage name from a combination of being a grateful “son” and a good “person.” He hopes to pay his mother back by making his dream a reality, and he is well on his way.

Other important people in Whitt’s life include Missy Shackelford, who encouraged him to write his own lyrics; Landon Michael Moore, a Memphis musician who took Son.person under his wing and produces all his music; Cammeron Ficklin, a close friend who works tirelessly to help build the groundbreaking Notoriety Music Group; And an incredibly talented videographer/engineer, Charlie Couvillion.

But it was Son.person’s encounter with Tyler the Creator at the Creator at Camp Flog Gnaw in 2018 that cemented his commitment to music. Tyler was already one of Whitt’s idols, but when the rapper graciously spoke with him before a performance, Whitt knew once and for all that he too wanted to pursue his passion for music, no matter what it took. “I was pretty much at a loss for words but was able to [express to Tyler] how he’d inspired me to make my dreams a reality,” he said. The two artists shook hands and went on their way, but their connection was not broken. Tyler acknowledged Son.person from the stage, saying that Whitt would be his competition in 4-5 years.

Now, almost four years later, Whitt is making that dream come true. After collaborating with his best friend Bishop (aka Red Music) to create the soon-to-be hit-single, “Texaco,” Son.person dropped the insanely catchy pop-song this past Friday (February 4, 2022), which explores “teenage romance and a care-free lifestyle,” and makes you smile from ear to ear. In a clip from the video, Son.person raps, “She made me happy though/ slushee from the Texaco, she always brings.”

“What’s funny is I’ve never even had a Texaco slushee if I remember correctly,” Son.person said. “Sometimes a track just feels good, and when a track feels good, feel-good lyrics come with it. Texaco was [that] lyric, and a damn good lyric at that. Kinda disappointed Chevron still hasn’t hit me back yet either. I’m still waiting on my sponsorship opportunity Texaco!” he said jokingly.

But why not? For Son.person, the sky is the limit.

Find Sun.person on all streaming services and social media platforms by accessing his Big Link! https://biglink.to/SonpersonLink Contact him personally for General Inquiry and Booking at [email protected] or leave him a voicemail at (901)-515-6639.