The Best “Young” Rappers in Hip-Hop 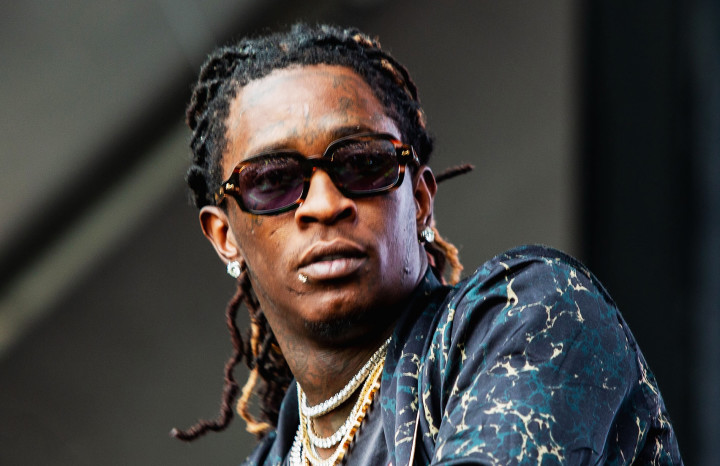 First introduced by Young M.C in the late eighties, the “Young” moniker has become a staple in the rap game. Now, over three decades after the popularization of “Young” rappers, the name has become synonymous with hip-hop music and rap culture. From Thugger to Gravy, rappers of all ages and origins have chosen to include “Young” in their name, as a means to denote their youthfulness, and bind their legacies to the scores of talented artists that share the name.

Join us as we take a look at the best rappers named “Young” in all of hip-hop.

One of the most prominent figures on this list, and in hip-hop as a whole, Young Thug has left his mark on the game. Thugger began making music back in 2011, and exploded in popularity just three years later with the release of the hit singles “Stoner,” and “2 Bitches,” (Formerly named Danny Glover) in 2014. The rapper has since founded the Young Stoner Life record label which includes rappers like Gunna, Lil Duke, and FN daDealer.

Blowing up in 2017 following the release of her now 4x platinum hit single, “Ooouuu,” Young M.A is the only femcee on this list. The Brooklyn native was featured on Forbes 30 under 30 the following year and has since been involved in several advertising collaborations with companies including Pandora, Google, and Beats by Dre.

The youngest rapper on this list, YoungBoy NBA, is also one of the best in the game today. Boasting a massive discography and a loyal cult following, YoungBoy has become a staple in modern hip-hop. YB’s accolades include multiple BET hip-hop awards, over 90 RIAA Gold & Platinum certifications, and a Grammy for best melodic rap performance in 2022.

European rap icon Yung Lean is the only Swedish-born rapper to adopt the “Young” prefix and achieve mainstream success at home and internationally. Lean is known as the co-founder of Sad Boys Entertainment and is also accredited as a founding figure in Soundcloud-era rap. In addition, the rapper also won the Bram Stoker Medal of Cultural achievement from Dublin’s Trinity College in 2020.

Rising to mainstream fame with his 2017 hit, “Mr. Clean,” Yung Gravy has quickly become one of the most sought-after hip-pop artists of the 2020s. Frequently collaborating with Canadian rapper bbno$ on songs like “Whip a Tesla” and “wassup,” Gravy has recently been the focus of a TikTok trend that has users asking the rapper to date their mothers. Legendary.

Atlanta rapper Young Nudy is another successful rap act to utilize the “Young” moniker. Best known for his “Slimeball” mixtape series, Nudy broke into mainstream popularity in 2017 with the release of the track “EA,” on Slimeball 2. The song featured a verse from fellow Atlanta rapper and Nudy’s cousin 21 Savage, as well as production by Pierre Bourne, and has amassed over 19,000,000 streams on Soundcloud.

Late Memphis rapper Young Dolph was one of the greatest “Young” rappers to come out of the southern United States. The rapper was known for his extensive discography, including seven studio albums, with a posthumous project to be released in 2022, 19 mixtapes, two EPs, and a single compilation album. Dolph sadly passed in his hometown in November 2019 due to gun violence.

Formerly known as Young Jeezy, Jeezy is a South Carolina rapper best known for his popular run in the early 2000s, most notably following his debut studio album Lets Get It: Thug Motivation 101, which debuted at number two on the Billboard Hot 200. Jeezy is accredited as a pioneer of modern trap music, the leader of United Streets Dopeboyz of America, and has a pair of acting credits in the films Janky Promoters (2009) and I Got The Hook Up 2 (2019).

The second Memphis-born rapper on this list, Blac Youngsta, broke into the mainstream with the release of his breakout track, “Heavy” in 2015. The song gained the attention of Yo Gotti, who signed Youngsta to his label CMG, and featured on the song’s remix. In addition to gaining recognition from several viral comedy videos, the rapper also won the ASCAP hip-hop/r&b songs award in 2019 for “Booty,” and has headlined 5 separate tours from 2015-2019.