The Weeknd Rocks Out in Purgatory on ‘Dawn FM’ 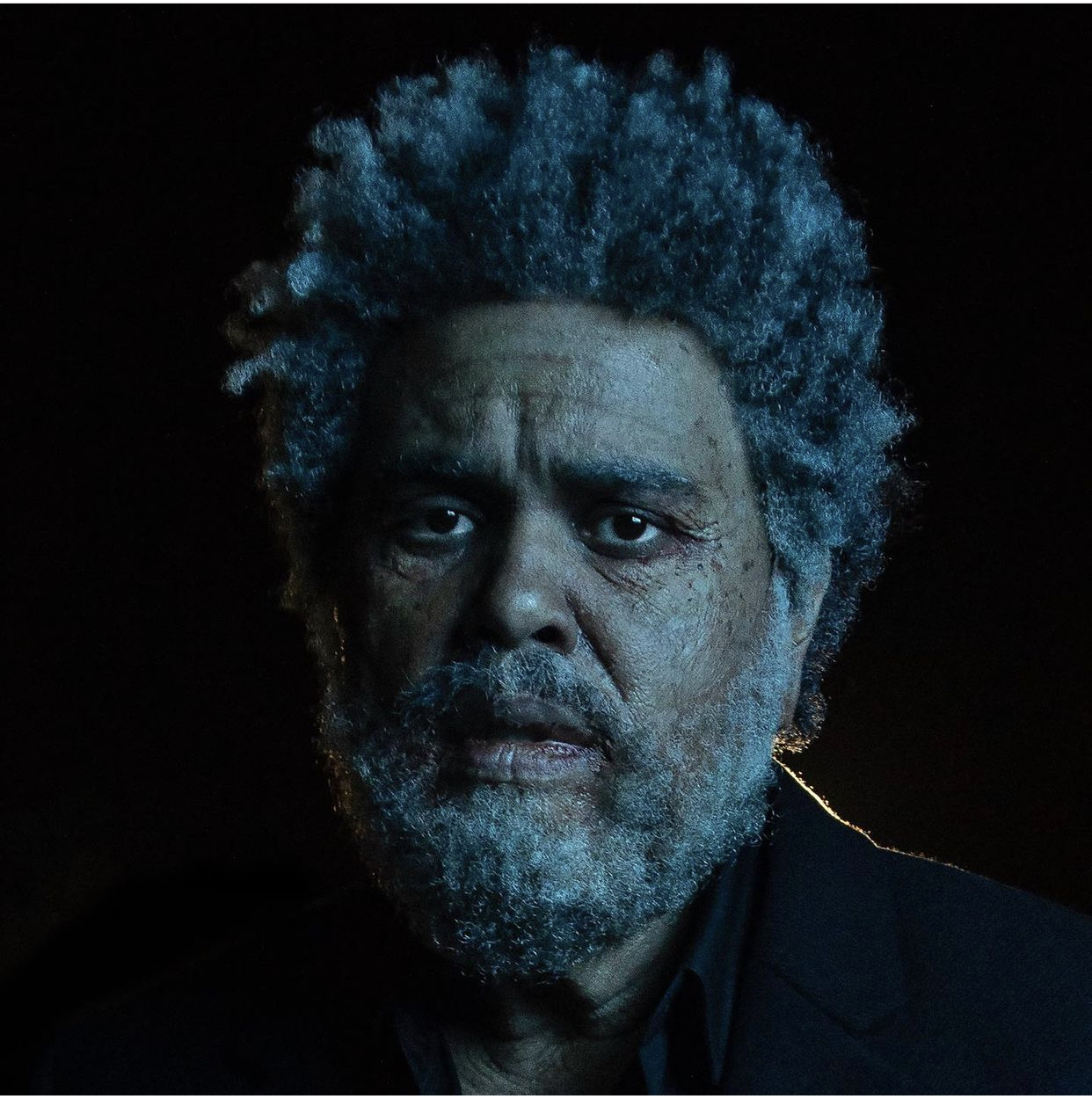 Home » Editorials » The Weeknd Rocks Out in Purgatory on ‘Dawn FM’

It is by no means a stretch to say that in 2022 The Weeknd is prepared to lyrically share with us some of his deepest feelings. On his new album, Dawn FM, this virtuoso dives fearlessly into some of the most long explored and lasting existential themes that have ever fascinated likeminded artists. To cross such ground is surely an ambitious task and an artistic risk, requiring this artist to walk inside and out of the firmly cast footsteps of giants in order to pay tribute to them while simultaneously treading fresh prints of his own.

But The Weeknd tackles this task with what appears to be seamless ease, choosing his influencers wisely and dancing with them rather than stepping on their toes. For instance, Michael Jackson is spiritually present on numerous tracks like “Sacrifice” and “Out of Time,” while Prince gets a “Purple Rain” drop in “Phantom Regret by Jim,” both souls posthumously speaking from the blissful light at the end of the tunnel, leading the artist and his listeners on a metaphorical journey from morning to night.

“Scared?” we are asked on title track “Dawn FM.” “Don’t worry. We will be there to hold your hand and guide you through this painless transition,” the voice reveals. “It’s time to walk into the light.” The album is after all titled Dawn FM and the larger metaphor that track one initiates, deals in no uncertain terms with the time that exists between birth and rebirth, or life and death.

In a recent interview, The Weeknd referenced the loose concept of this album as “purgatory.” “I imagined being stuck in gridlock traffic in a tunnel, and there is light at the end of the tunnel and we’re just waiting for our turn, and while we’re waiting there’s a radio station playing: 103.5 Dawn-FM, and the radio DJ is guiding you through the painless transition into the light,” he said.

But the departed souls of giants are not the only guides along for this album’s ride. Jim Carrey plays the role of the spiritual DJ and Michael Jackson producer Quincy Jones speaks on “A Tale by Quincy.” Other living contributions include contemporary artist Tyler the Creator, Beach Boys member Bruce Johnson and others.

Daft Punk, a band that collaborated with The Weeknd on “Starboy,” must have left a strong impression on the artist because Tron era Daft Punk is all over the hit “Take My Breath” especially during the intense instrumental that takes over around the 3:30 mark. Also, it would be careless not to mention the fact that the intro bass line to “Take My Breath” sounds like it could have actually been sampled straight off Pink Floyd’s “Run Like Hell” from The Wall, an album whose narrator also speaks from a lovesick, tortured perspective.

That is significant because The Weeknd’s sound on this album – and especially on “Take My Breath” – could cautiously be described as psychedelic which is not too far fetched considering all of the drug references on this album including one to “mushroom tea.”

Finally, Daft Punk is also felt on Dawn Fm‘s “Out of Time,” whose seductive bass line and underwater-sounding guitar licks are reminiscent of “Something About Us” from Discovery, and the spoken word documentary song “Giorgio the Morodor” from Daft Punk’s Random Access Memories was surely the model that The Weeknd used to construct a similar experiment with Quincy Jones on “A Tale by Quincy.”

Meanwhile, in concert with the grander scheme of following all of these legends towards heaven’s light, is a smaller one that conjures the irresistible associations of current societal challenges that similarly require tunnel-like, linear struggles, like say, the Covid-19 pandemic, but more direct effort goes into shared, humanistic and personal issues like drug addiction, depression, love, loss and regret. Listeners are therefore invited to consider not only the purgatory associated with death, but also the suffering that one endures while waiting for something painful and tedious to come to an end, the harsh reality of toxic relationships, the effort to self-medicate and numb pain and the scars that these things leave behind.

Heavy stuff? Sure. But the Weeknd is not in danger of drowning us in it because he is going to pair this idea with something that few have tried and succeeded in doing, and he does it well. The unique twist that this album offers is the juxtaposition of quicksand-like lethargy with courageous, upbeat tones that seem to celebrate the nihilistic hopelessness in which The Weeknd finds himself. For instance, the beat is joyously electric and the energy is high on the banger, “Gasoline,” while he sings, “It’s 5 AM, I’m nihilist. I know there’s nothing after this.”

Somehow, he makes it work. Maybe it is because – in that moment – he is fooling himself, believing incorrectly that he is a true-to-definition nihilist. Because, again, there is a light at the end of this tunnel and The Weeknd sees it.

Can he get there? Maybe, if only Jim Carrey who intermittently acts as the voice of a radio DJ/Shaman, can complete his task and get him there. Throughout the purgatory that The Weeknd has constructed is a radio station playing in the background, Carrey being the tangible device that speaks for the unnamed Michael Jackson and others who are swimming between the bars but are not directly referenced, in what may have otherwise felt like an overreach.

But this album is not trite or silly by any measure. The Weeknd pulls off this impossible balancing act to the highest degree, marrying nihilism and ecstasy, and setting listeners at ease, having done all of the hard work for them. Therefore, the album is fun, and you do not get bogged down in all of the muck that you might find elsewhere for something this weighty. Instead, it is easy listening.

Listeners will be forced to dance to the fun, electronic, synthesized bars that are so 1980’s that you will have to smile with nostalgic appreciation, and the bangers and the ballads all seem to transition so smoothly that the deeply fun vibe remains uninterrupted.

And that seems to be the point. The Weeknd appears to conclude this philosophical journey with the idea that losing ourselves in the moment – which in this instance is The Weeknd’s music – is how we find heaven on Earth, right where we are. In fact, the final track, “Phantom Regret by Jim,” which credits both The Weeknd and Jim Carrey as writers, is spoken word poetry, narrated by Carrey, that solidifies this idea. The second-to-final line is, “You gotta be Heaven to see Heaven.”

Somehow, this direct messaging does not translate as an insult to listeners’ intelligence, but rather encourages us to therapeutically let go of “phantom regret” along with the artists. So if you take their advice, you might find yourself waking at the dawn of track one again, because this album is worth at least a second listen with no skips.