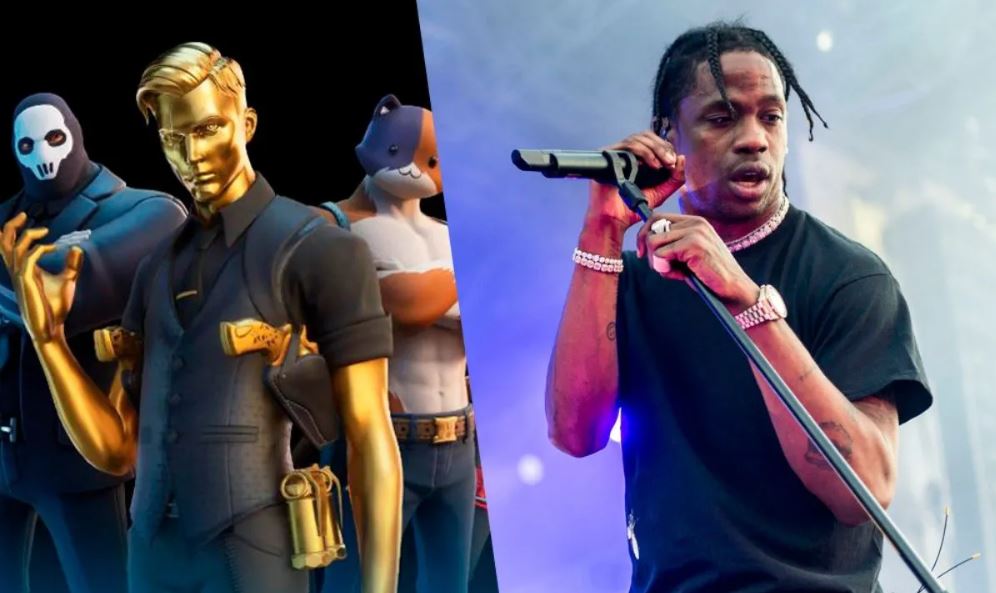 A Travis Scott Fortnite skin has recently been circulating the internet, specifically Twitter.

The image shows a shirtless Travis Scott, equipped with a pair of his Air Jordan 1 “Cactus Jack” shoes. He is also depicted wearing silver accessories, brown bottoms along with his infamous tattoos.

The concept of La Flame joining the game was concocted by the Fortnite dataminer, Lucas7Yoshi – a notorious leaker of future in-game content. With the help of HypeX, the image was leaked.

However, it should be noted that HypeX is still looking for solid evidence that his source is 100% accurate.

“This is most likely the leaked travis scott skin, i’m still asking the source about where he found it..”

After streaming with popular streamer Ninja, NFL star Juju Smith-Schuster, and rapper Drake, it is no secret that Travis is Fortnite fan. Knowing this, a collaboration and possible Travis Scott Fortnite skin aren’t so out of the question. However, it is also possible that there could be other plans for the collaboration like an in-game concert. This has been done before with Marshmello in 2019.

See the prospected image below and be sure to keep up to date with all Hip-Hop News by RapTV.