YNW Melly’s Court Hearing Leaves A Smile On His Face 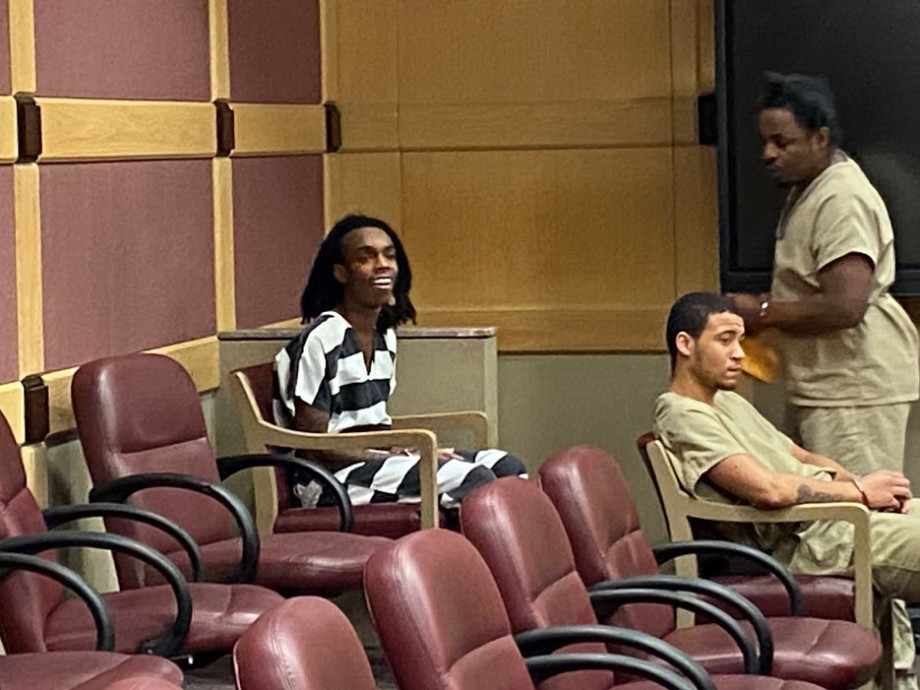 Smiles seen all around the room in YNW Melly’s court hearing.

No Worries For Melly

20 year old Jamell Demons AKA YNW Melly had a court hearing in Ft. Lauderdale on Wednesday morning as a result of the alleged murder he is accused of. With Demons, is his long time best friend Cortlen Malik Henry who is also known as YNW Bortlen.

A few cryptic posts and videos surfaced hinting towards the possible release of Demons. The two are working with a team of lawyers who include Raven Ramona Liberty, who also represented Kodak Black.

They are being held in the Broward County detention center where all of the inmates have been kept in the dark about the growing coronavirus pandemic.

“They know nothing, and there isn’t any sanitizer,”

YNW Melly’s court hearing was trying for the judge as he eventually had the bailiffs throw Melly’s support group out of the courtroom. He tired of the silent communication and smiles they were exchanging with the Florida rapper as his case appeared to lean more and more in his favor.

Things appear to be looking up for both of the accused. Henry seems poised for release after a bond hearing last week.

“The proof against Mr. Henry isn’t that strong. My client is not guilty, period”

How They Got Here

Demons and Henry have been held in custody since early 2019. They have both been charged with two counts of first degree murder and two counts of accessory after the fact.

On October 26, 2018, Anthony “YNW Sakchaster” Williams and Christopher “YNW Juvy” Thomas Jr. were both pronounced dead at Memorial Miramar hospital after a shooting took place. The shooting was shortly after the group’s session at a recording studio.

Detectives argued that forensics puts Demons and Henry at the scene of the crime, murdering the two and staging it to look like a drive-by shooting.

Then, Demons took to twitter in disbelief that this could have happened to himself and his long time friends,

“They took my brothers from me over JEALOUSY i know y’all watching over me … and after, they wanna see me break down and stop orin jail or a box…”

Demons and Henry grew up in the troubled town of Gifford, Florida. As a YouTube documentary revealed, the young men were forced to carry guns at a very early age just to protect themselves throughout the day.

However, Demons has a track record with the courts. He served a few months in jail after being accused of aggravated battery, discharging a firearm in public, and two counts of aggravated assault for shooting into a group of Vero Beach High School students.

The Case So Far

It would appear the YNW Melly is doing everything right to beat the case. The police wrongfully arrested someone with his likeness and Melly flew back into town to turn himself in to clear up any implications.

There is no murder weapon, no witnesses putting the gun in his hand or in the vehicle at the time of the shooting.

There is also no DNA evidence or motive.

Melly has been releasing music since his arrest and hinting that there is more on the way. For your thoughts on this story or his music, leave us a comment on our Instagram page. For more News in Hip Hop, keep tuning into RapTV.