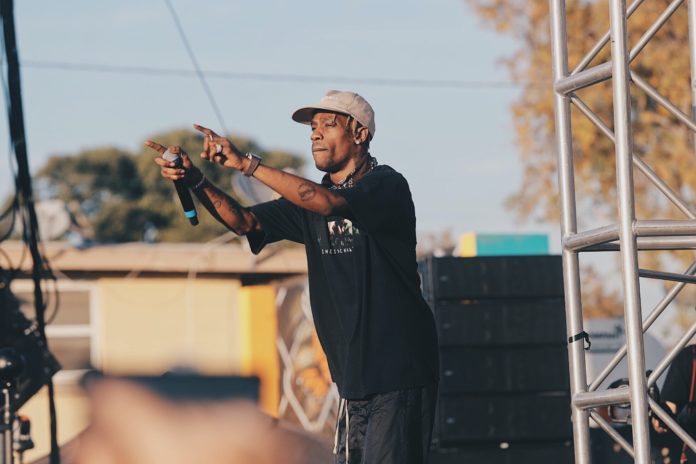 Young Thug, Travis Scott, and Quavo put out a hit song, “Pick Up The Phone” on June 3, 2016. The song was the lead single off Young Thug’s 2016 mixtape, “Jeffrey.” At the time, it was one of the biggest songs for Thugger and Travis Scott at that point in their careers;  premiering at 90 on the Billboard 200, it eventually peaked at 43 weeks later. This was also a high for Quavo at this point in his career. The three would go on to dominate the hip hop genre for the next several years, each becoming huge stars in their own right.

The song’s sound is reminiscent of the instruments used in Bahamian vacations but achieves a mood that makes one feel as if they are joyously sinking slowly into a dark pool. Each musician comes in with his own flare and contributes to the song.

The song depicts the sinking feeling that one feels when a loved one will not pick up a telephone call in the midst of a fight. Each rapper pleads with the listener as if the listener is the lover, promising fidelity, love, and lavish gifts. Each rapper uses his own narrative and musical style; Travis uses his hypnotic hooks, Young Thug hops up and down musical scales while crooning in the background, and Quavo employs his very distinct rapping cadence. The song is still a favorite amongst fans and is worth the revisit.

In the last few years, hip hop has seen the rise of the collaborative album. Many artists who are self-sufficient as solo acts have willingly chosen to collaborate with other artists. Typically this will take the form of a single that features another artist, but the choice to make full-length albums together has become rather commonplace.

One such example of such a collaboration is the hip hop rapper group, TGOD Mafia. The group put out an album titled, “TGOD Mafia: Rude Awakening” on June 3, 2016. The group is composed of record producer TM88, and rappers Juicy J, and Wiz Khalifa. The album runs a significant sixteen tracks long and runs for just over an hour. When the project was released, it debuted at number 26 on the Billboard 200. It was preceded by single, “All Night.” The album cover bears three skulls that are accessorized in the style of each member of the supergroup.

Juicy J a very famous rapper in his own right, is also a founding member of the legendary southern rap group, Three 6 Mafia. He and the other members of Three 6 Mafia won an Academy Award for best original song, “It’s Hard Out Here for a Pimp.” The song was performed by Terrence Howard and Taraji Henson in “Hustle and Flow.” From 2009 onward, Juicy began to focus more on his solo career. In 2011, Juicy J became a partial owner of Wiz Khalifa’s Taylor Gang Records.

Wiz Khalifa, famously a stoner rapper, hails from the city of Pittsburg. His song, “Black and Yellow” serves as a love song to the city. He bears a striking resemblance to hip hop legend, Snoop Dogg, and has starred alongside him in a film titled, “Mac & Devin Go to High School.” He has had a wildly successful career as well. His hit song “See You Again” still receives radio play despite having been released years ago in conjunction with the most recent “Fast and Furious” franchise film.

“Wu-Tang Forever” is the hip hop collective’s second studio album. It was released on June 3, 1997, and debuted at number 1 on the Billboard 200. It is widely popular and was certified 4 times platinum. Despite the vast commercial success, the album was rarely ever played on the radio because of its ominous content and discordant sound.

The Wu-Tang Kung Fu Style did to hip hop what the film, “Kill Bill” did to the Hollywood Blockbuster. The co-founder and primary producer of the group, RZA, experimented with production on this project, advancing the art form. Critically, Wu-Tang Clan was praised for its cinematic style – cutting up old kung-fu movie clips and incorporating them as skits and intros to songs. RZA’s production style reworks classic samples of old recognizable songs and often pitch modulates so that the songs are high pitched.

“Wu-Tang Forever” marked a true step forward for the group, displaying a level of maturity from the previous album, “36 Chambers.” Previously, the hip hop group glorified violence in a way that made the listener feel invincible. The expression of violence became a sort of armor to the harsh realities of life in “the slums of Shaolin.” In “Wu-Tang Forever,” the group depicted the depressing and oppressive reality that the harsh realities pose.