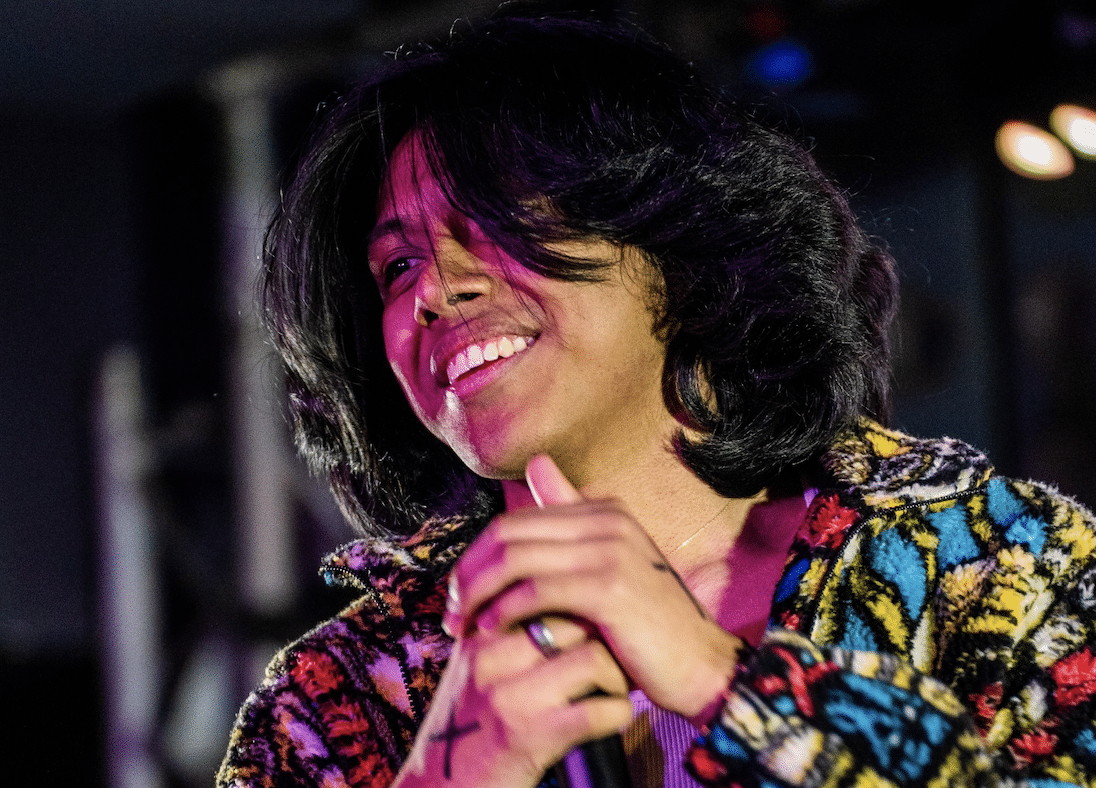 Memoria XI, the 19-year-old Mexican-American singer based out of suburban Maryland, is rising to fame with his passionate vocals, melodious beats, and raw, soulful lyricism. His youthful demeanor which he incorporates into his music makes for a refreshing listen that we love.

Join us as Memoria XI speaks on his musical inspirations, a life-changing trip to L.A., how he crafts his alternative vibe from home, and his aspirations for the future.

How’d you come up with your name, Memoria XI?

From there, I was like, “Okay, Memoria, but I need something else,” and then XI which is the Roman numeral 11.

I feel like at that age when I was 11, I realized a lot of things…when you’re 11 you don’t really think about life, but I was thinking about life, because of what was going on during my childhood…that’s gonna be the whole meaning. Every little thing has meaning.

Where are you from? And when did you first start making music?

So, when you were in eighth grade, what inspired you to get into music?

A lot of Chief Keef. That was poppin’. That was in eighth grade, and I really wanted to rap. I
was like, “I want to rap too, but I can’t really rap like that.” I decided, “Yo, I want to sing. Let me just try and sing something.”

So, besides Chief Keef, who are your musical inspirations, and what else did you grow up listening to?

A lot of Kanye. It was super heavily influenced. Well, production-wise, and the way he does the little tedious things…I’ll notice some things he’ll put in an album…like 808s & Heartbreak. 808s & Heartbreak is so fire…Graduation, too. I love those projects so much.

[I’m inspired by] Kanye, Juice [WRLD] who’s my all-time favorite, Lil Peep as well, and believe it or not Logic, too, who’s from Maryland, too, so it’s cool being inspired by those people.

How do you personally think your own sound has developed over time?

I remember because I got this chorus class. That was the first experience with singing, and I didn’t even take it seriously, though. I was just like, “No, I don’t want to do this. But it inspired [me], I guess, from a musical standpoint.

I went on YouTube, progressed a lot. I was practicing every day on YouTube and doing these vocal exercises…really going out and trying [to learn] how to sing…and I was pretty bad, though. I wasn’t always good. I got recently good, like, last year.

I was really up and down with it. [I wondered] if this was really meant for me. You never really truly known until it finally clicks, and you’re just like, “Oh, yeah, this sh*t is meant for me.”

When do you think that moment when it really clicked was? What exactly happened?

Honestly, it’s when I flew out to L.A. That’s the very first moment it clicked. Because when you’re stuck in your room and you’re just doing music every day, you doubt yourself…And then I flew out to L.A. and people were telling me like, “Yo, you got it. You’re talented.” People believing in you, I guess people call it gratification. Being like, “Oh, yeah, you’re certified.” It helped me. It made me see like, “Wow, people believe in me, as much as I believe in myself.”

What are you most excited for in the foreseeable future?