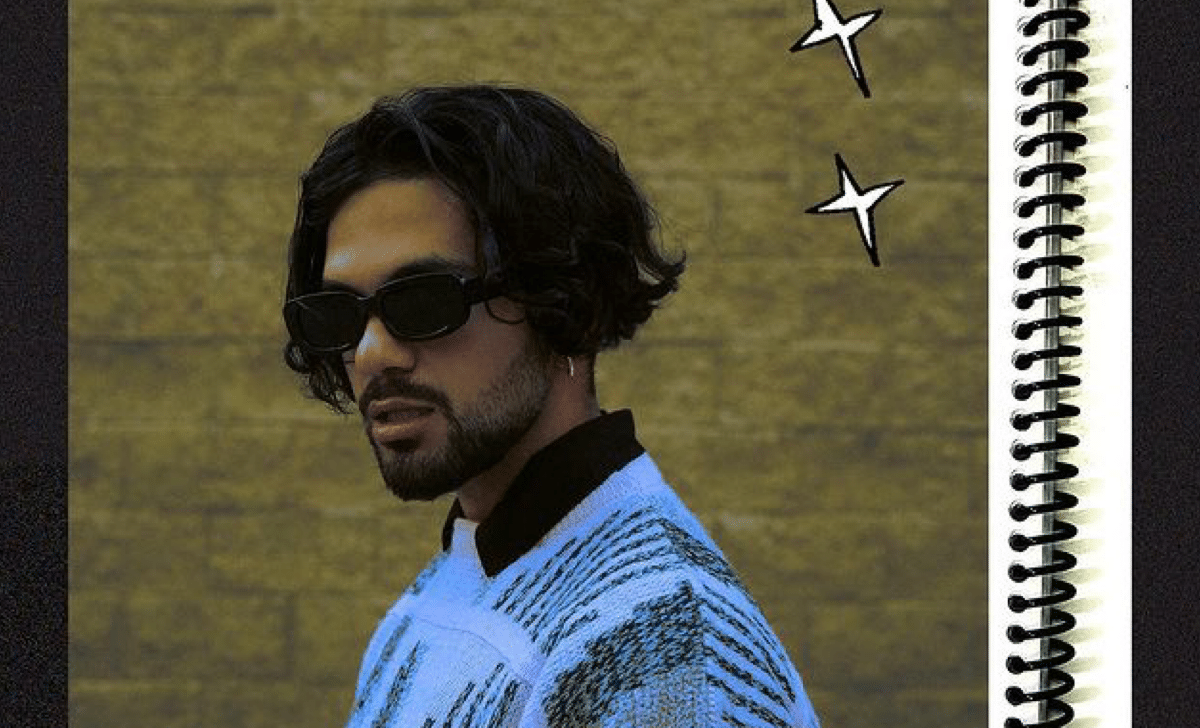 Aries is a multi-talented creative most known for his presence on YouTube as a content creator, singer, songwriter and producer. This man does it all and should be an inspiration for any up-and-coming artists looking to create an independent name for themselves in the game.

We had the opportunity to sit down with Aries and ask him a couple questions following the release of his most recent single ‘KIDS ON MOLLY’:

Fill us in on what you have been up to lately; since it’s been some time since your last music video, what have you been doing to spend your time?

“I’m kind of wrapping up all this music I’ve been working on for like the past two years since my last project, ‘Welcome Home,’ and it kind of takes a while for me to be like, alright it’s time to put the nail in the coffin for a lot of these songs of that have basically become like babies to me.

It’s like all my friends have heard these songs to the point where they’re not new to us but they’re new to outside people, and that’s like the result of me kind of figuring out that – that is what a single is.

My latest single that just dropped, ‘KIDS ON MOLLY,’ was me realizing ‘oh sh*t,’ this has been in my lap for a year and like I should just put it out because it’s great…”

How does it feel to pull the trigger and to show your audience a different type of sound that you’re capable of? Does that feel like there’s a lot of weight off your chest?

“It feels like any time I release something there’s a weight off my chest in a sense but it’s like the on that same day I might be taking a break from output, but I’m always working.”

What does ‘Kids On Molly’ mean to you on a personal level?

“It kind of encapsulates what I felt like growing up. I wrote at least the hooks in 2017, which is kind of crazy that it’s a 4 year old song, it comes from a place of like no matter how f*cked up your head space is.

Or like if your world is falling apart, f*ck it, call it the ‘KIDS ON MOLLY’ quote unquote, which is essentially just whatever you need, whatever kind of distraction you need – for example when I said ‘what surrounds me shatters’ is immediately followed by ‘probably still going to party,’ and it’s like when that happens you’re just like f*ck it.”

Walk me through the process of when you’re making a record and how that comes about:

“I usually just start production wise, it could even be like 4 notes, I get that down. Melodies will always come to me first, usually the first melody will be the hook, then I’ll form lyrics. Sometimes I’ll have lyrics in my head and I’ll be like I gotta use these for a demo that I make.

Usually the start of the creative process can come from something as little as 4 notes, or even just the drums. There’s a process when that happens and sometimes it’s magical, sometimes it’s not.”

“I started doing that stuff in 2017, I’ve been making music for almost 10 years, always just trying to get my sh*t out there. The YouTube stuff for sure helped, I was making content to go viral that had nothing to do with my music.

I would recreate other artists songs, but kind of sliding my music in there. Which kind of resulted in me gaining from other artists fanbases from just being a YouTube producer. I know I got a very strong fanbase that’s been on the slow-burning rise with me.”

When you first started, Spotify had listed you above Jennifer Lopez, Justin Timberlake, and even a got you a direct shoutout from Demi Lovato from their playlisting. How important would you say that is today in the industry?

“I think it is important, but the thing is I think you have to have inside people. I think the most important thing for an artist is to build a fanbase that is really strong at its core. It’s been 4 years of just being kind of on the map, slowly growing.

I really am proud of the career that I have, I don’t have a quote unquote hit yet but it’s exciting, I could have a hit on 4th album or something and have the strongest fanbase of all time. By the time I achieve my #1.”

What surprised you initially that you discovered about the music industry?

“Yeah, with the music industry it’s just so much smaller than you think. Like everybody knows everybody, at least on the not artist side – like the managers and sh*t.”

Considering you’re on both sides of the spectrum, being an artist and a content creator, is there anything you’ve noticed that could aid an up-and-coming artist to get eyes on their work?

“I just feel like you gotta try everything. When I was really young, thinking like my music was good, like in my early high school days, I would comment on all the top videos like Eminem saying ‘yo go check out my new song.’

If you do become big and people do go and backtrack how you got there, make sure you go down a path in line with your own personality and views that you can keep up with.”

There’s a lot of conspiracies online about you being behind the YouTube channel MuchDank, so I must ask, what does the Migos x Bad & Boujee interview mean to you?

“That is just one of the most legendary interviews of all time.”

Do you feel like you have an advantage being able to write, produce, and handle the whole process of creating a song?

“Hell yeah. Whatever I want in my head, is gonna translate exactly how I want in the product with whatever I make.”

Are you sitting on a lot of music right now?

“I am sitting on a ton of music. I always try to keep the word ‘album’ out of my vocabulary until it is time. I’m just wrapping things up, getting rid of all the stuff that isn’t necessary for what I have in mind for a quote unquote ALBUM.”

How do you want fans to view you after listening to your music?

Stream ‘KIDS ON MOLLY’ right HERE and be sure to stay up to date with Aries as he has new music coming out much sooner than you’d imagine. Be sure to go and support his most recent single and to give credit to artists of this caliber that are as talented as he is.