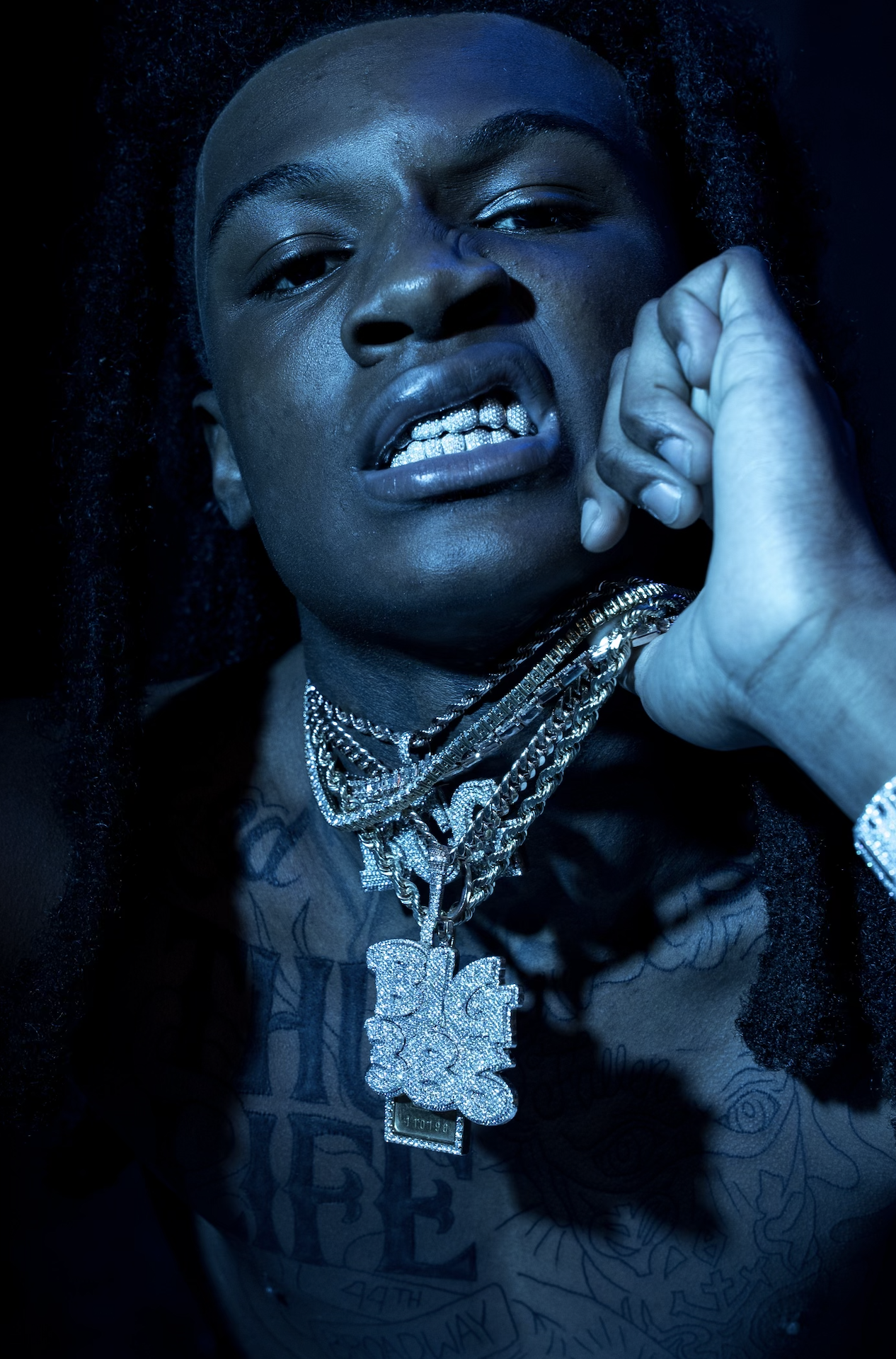 Raw Youngin is the hottest rapper coming out of Florida and is definitely the next to blow. He reps his hometown 386 and has one of the strongest work ethics out now in the game. Raw Youngin has amassed nearly 10 million views on YouTube and has been working with the likes of G Herbo, 808 Mafia, SpotemGottem, 21 Savage, and more.

We had the opportunity to sit down with Raw Youngin and ask him a couple questions following the debut of his single ‘From the Block.’

What was the moment you knew you wanted to pursue music as a career?

When I first started rapping, dropping music videos and all that, I started doing teen parties and stuff, going all over the place. They’d all know my songs – and I didn’t expect them to know my songs, so that’s what really inspired me to keep going.

Where would you say you get your influence to create music?

Are there any rappers that have inspired your sound?

I listen to a lot of Jeezy, NBA Youngboy, Chief Keef, EST Gee, I listen to them like every day, they’ll probably drop some jewels on me too.

If you could walk in the studio with your ideal group of artists, who would that be?

I’d have to say for a producer, Metro Boomin, the artists would have to be Drake and Future. That’d just be like some mind-blowing sh*t.

How has growing up in Florida influenced your career?

I’m glad I grew up where I was from because that’s what made me. The struggle, the people, there weren’t even that many people, it’s like the country. You gotta get it how you live, so if you make it out, you gotta really be grinding for that sh*t. There’s really only like 13,000 people there.

What do you consider as your biggest motivation to get as much done as you have at such a young age?

My fans. My fans keep me going, when they show me love, they’re showing me that they need me. Imma show them that I need them too, that’s just gonna push me more. I’m already gonna push myself.

Plus, I just like making music. It’s there, I’m here, I’m not going nowhere.

How does it feel knowing you have so many successful individuals in the industry supporting you and in your corner?

It feels good, I’m thankful for those people. I’d used to watch them on YouTube, then I finally meet them, then I’m friends with them. It’s like d*mn, this shit is real crazy.

I met my man Southside and I was like d*mn this the dude that be with Marshmello, like I know I’m out of here now. I was like I didn’t expect this.

People like to see that you’re grinding, they like to see your effort. They want to see you’re putting more hours into it than anyone else. Most of the time you want to meet people through grinding, where they notice your work ethic.

What are some of the adjustments you’ve had to make based off the success you’ve experienced thus far?

I’ve had to separate myself from certain people. And some people aren’t gonna like that or won’t know how to go about that. You just gotta cope through it, sometimes you gotta change and no one else will.

Where do you see your career in 5 years?

Imma still be in the studio, still going hard, picturing myself with my own record label, #1 song on the Billboard Charts, and doing songs with people like Drake and Future. That sh*t is gonna be a phone call in 4-5 years.

When is the record with Blac Youngsta dropping?

Only thing I gotta do is send it over.

Youngsta been like a brother to me. Ever since I met him we been locked in. It’s really timing, whenever we see each other, we’ll do it.

What other plans do you have for this year?

I got some more singles dropping, hopefully y’all going to get an EP out of me. I’m planning on dropping a song with G Herbo next, I got some good stuff coming for y’all. I really can’t tell too much but I got some in the cut.

Tell me about where “From the Block” came from and how that record was born:

I really was freestyling; I just slid in the studio and wrote that. It took me a couple days to get the song fully written, then I went to the studio and put it down.

I had made the track around October of last year, but then I figured I should wait until my birthday. I shot the video at my birthday party and there was a whole lot of love.

I had some of my partners come through, we had put together a little vision.

What do you like to do outside of music?

I like to do activities, just having fun. We might go ATV riding, paintballing, me and my guys do a lot of event stuff. We don’t like being bored so we’re always doing something.

386 is my area code, I’ve always wanted to stamp my city. It’s so small in the state of Florida that people will overlook it. I rep 386 so hard because I know I’m gonna stamp my city and I just want us to be noticed. And from that I get a lot of love from home, people asking me to take pictures and all that, I feel like it’s only right to put on for home.