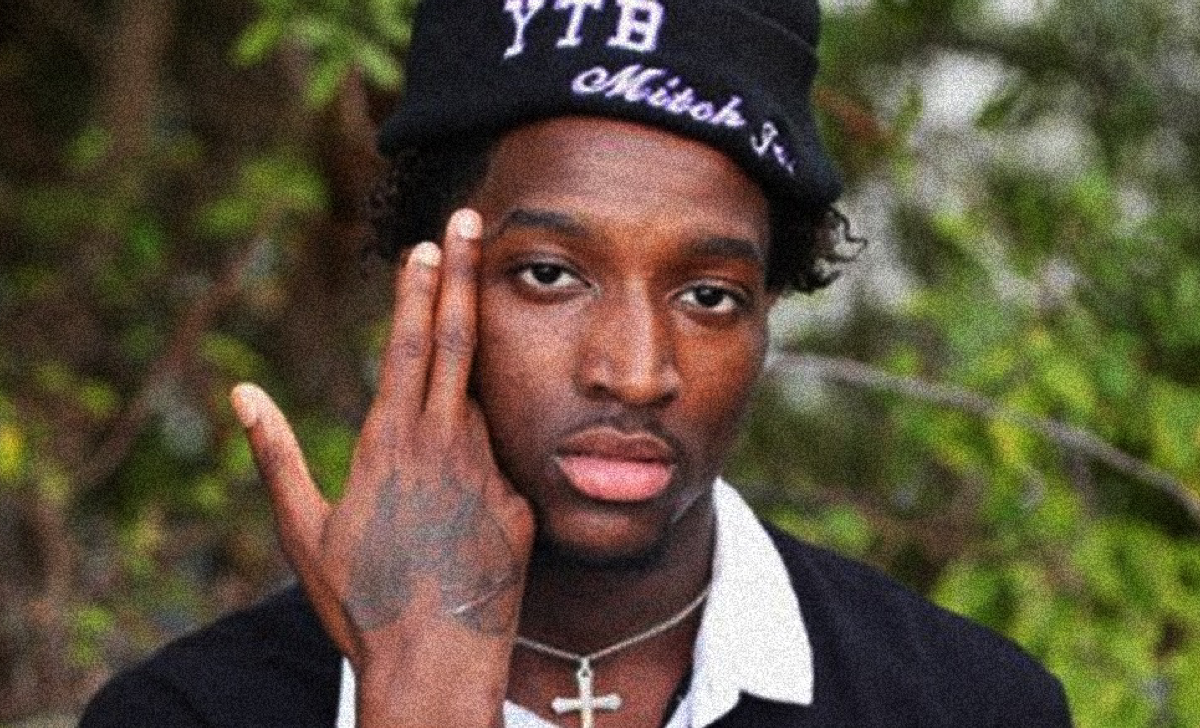 After stealing the spotlight on Slime Language 2, YTB Trench has solidified himself as one of the next up-and-coming artists out of Young Stoner Life Records. Originally from Cincinnati, Ohio, YTB Trench sat down with us to share his experience of being in the industry:

How does it feel to be one of the newest members to such an iconic label and 300 entertainment?

Well really it’s honestly amazing, first off it’s a big step for me personally – and there’s a lot of inspiration everywhere, you know? I’m saying like you won’t go into the room and not learn something new.

Did you ever think in your wildest dreams that this would be your life? That you would be surrounded by individuals like this?

So because your answer is no, let’s dig a little deeper into that. Why is your answer no? Why didn’t you think like this would be your life?

Street baby, you feel me. Where I’m from, if you don’t graduate high school, then you won’t make it in life.

That’s our tactic, that’s just how it was. It was based off education where I’m from. Education or streets. That’s what it is. Music wasn’t even an option for me. That’s what’s crazy.

So for those that don’t know who you are, you’re a year into this, you’ve shared that with us you’re working with one of the most amazing labels out there, but who are you? Bring us into your life.

Being honest, the cliché story doesn’t really sit right, I could sit here and give the background story of another trench baby.

Let’s get into you getting recognized by Young Stoner Life Records and Thug and all that, how did that come about without you even really releasing any music?

He texted me personally on Instagram. I was probably only on my second or third song when Thug called me. We don’t never talk about it, and it’s so crazy because he so messed up about me, like he’ll call me twin. To this day I still don’t know why he signed me, it’s crazy, I just know I got a message.

Somebody said he was at his video shoot, and somebody was playing my music. They was saying he was hearing my music and just warming up, playing it the whole shoot.

How do you feel knowing that someone at his level is really taking you serious and putting their name behind you?

Really, it’s just a blessing. It’s like second nature, I don’t have to do anything crazy to fit in, that’s just how I know. Nothing makes sense and that’s how I know it’s supposed to happen.

A lot of artists think it’s an overnight process, they think that they can just post on Instagram and get that recognition… But for you it was kind of it was kind of like that, they heard your music and boom you’re here.

That’s how it’s been the whole journey. That’s how my management found me. I hopped on the live freestyling, vocals. That’s how I always get around, that extra work you put In to get yourself heard.

What changed in your life to transition from basketball to music?

I was just always good at multiple things, my problem was never finding a goal, it was picking one. It was frustrating. I had scholarships for college I turned down for music. For basketball.

Really, it’s just life. It’s what you call it when you need something to literally live.

You actually have your own voice, your own sound. How did you discover that? Is that just the way it came out when you started doing music? How did you actually get away from sounding like every other rapper?

Being honest, it was my ear. I’m hearing all this versatility in music, I wanna sound like something I wanna listen to. Like I don’t wanna listen to shit shit, all these n***as sound the same. Be what you want to hear, you feel me. I just wanna hear different. I wanna hear everything. I hear the world, that’s just what I do.

What are your goals for yourself before the year is up?

You already have Billboard attached to your name! People work their whole life career to do something like that. Now is your goal to get a #1 within the next year?

Easy. You heard it hear first, trenches city. We going up #1.

So the name of your mixtape, Versatalien, why did you pick that name for the mixtape?

Really just diversity. Everyday obstacles, always being different, always facing the fact you’ve been an outcast. Even the situation I’m in now, I’m still an outcast. All these people I’m around, it’s just different. An outcast is someone who is not like other people. But I’m versatile with it, and that’s what I believe. I’m versatile with it and my craft, I’m Versatalien.

Broken Souls, that’s a song you’ve already released. Since you put it on the mixtape again, you said that your grandmother was a significant inspiration behind it. Can we talk about that?

It’s really like, she’s just like older you know. I just love her energy, her spirit, like the stuff she’s saying is just different. She actually hears my music, she listens. I pay attention to body language, my grandma is just more of a soul feel, and into my vocals more than just rap.

I put a sound together that was really soothing to my ears and that she could listen to. It was something she could really feel my pain, I was messing with a bunch of different sounds and that’s how I got ‘Broken Souls’.

What motivates you the most in life?

The idea of not being the best. I swear, it’s scary. I wake up in my sleep sometimes. I work so hard I nearly work myself to death. Real talk.

What lesson has your biggest mistake taught you?

Growing up I really was just treating people how they are treating me, and that’s what I really didn’t like about myself. Now, I just try and love someone as much as I can, till I can’t no more. Then whatever they do that’s on them. I wanna be me.

Make sure you check out YTB Trench’s mixtape “Versatalien,” on Apple Music & Spotify, and be sure to keep him on your radar as we watch his career flourish right in front of us.