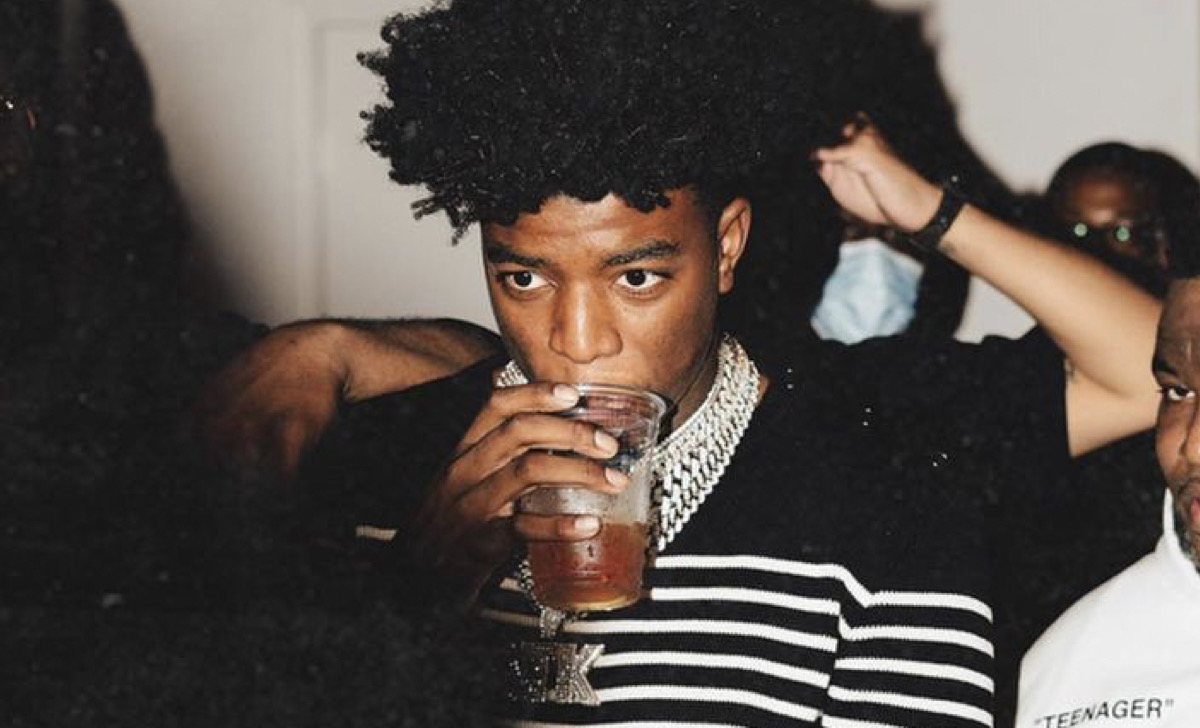 Florida rapper, Yungeen Ace, has long solidified his career in the game and has been sharing with us his experiences since March of 2018 when he first started uploading his singles online. Plagued by multiple tragedies since his career began, Ace has put those things in the past and instead is looking forward.

Ace has continued to share his perspective on life with his most recent release ‘Life of Betrayal 2x where he dives into how his past has shaped him, what this project means to him and his new positive outlook;’ join us as he dives a bit deeper into how far he has progressed as an artist and what has contributed to the point he is at today.

Can you talk about the Jacksonville scene and what it was like growing up in it?

Jacksonville is the real-life trenches man. This for real a jungle, like there’s no faking it – either you’re living it or you ain’t.

But it’s really a good place, behind all that sh*t, it’s been going crazy, but I’m really happy for everybody starting to get the exposure. Everybody is starting to get noticed and there’s a lot of eyes on Jacksonville which is crazy right now.

How do you think growing up in that environment helped shape your music and define you as an artist?

I think growing up in the environment made me, me. Like it really made me know what it is that I’m standing for. I was really born in the streets, so that shit is crazy when looking back at it. I just made a post the other day about those that we’ve lost, and it’s hard but people need to get out of it. There’s more downs than there is ups in that life.

I don’t let nothing knock me down, there’s a lot of pros and cons to this sh*t.

How does that feel to truly get out, and to take your people/family out of that life with you?

I mean it feels good, because like I don’t have to stress about my momma’s house getting shot up, or have to worry about her really crying at night. It feels good but it makes it harder, I’ve been watching my surroundings. I’m bigger now, so I have to really watch my surroundings – but I mean the money is good though.

Who did you listen to when you were growing up?

My story influenced me the most for sure, I was also listening to Lucci, Boosie, Rich Homie, Dej Loaf, and Fetty Wap, all of those artists were going crazy.

A majority of them I have songs with too, it’s crazy like Durk I have a song with now, people that I really wanted to work with and listened to I’m doing music with.

Who have you not worked with who you want to work with?

Drake, Justin Bieber, Selena Gomez, Ariana Grande, like I really want to work with them for real for real, no cap.

I like the way they move as people; they’ve been in this shit for so long. It’s also a different crowd and I’m versatile so it’s another group to get exposed to.

You’ve mentioned that this album is your best body of work thus far, what is it about it that stands out for you?

I put more time into this than the other projects really. This is really the bigger me, I really get deeper into what really makes it me, I’m getting more mature in my music, and you can really feel that.

While you were making the album, what was that process like?

I’ve been in the studio for so long, so many times. There have been so many headaches, so many stressful times, just panicking, just trusting the process you know what I’m saying.

What songs stand out for you the most from this album?

Let’s talk about ‘Who I Smoke,’ the process of how that song came about and how you were feeling immediately after:

It was crazy, it wasn’t like a little viral clip just going around, it was just going too crazy. We all just knew the moment we shot it; we were all having fun just shooting the video. I had just seen the growth, for everyone on the song… I was so happy to see the growth for Spin, Goon, and Whoppa, all their followers going up so fast.

I was more excited for them than me because I had just wanted them to believe in me when I told them before that this would happen. I just want the best for every single person.

It’s so crazy, I dropped the song – and then I got booked the same week. The whole crowd knew the lyrics word for word. It was crazy. I been had the crowds singing and been my life for 3 years, so like I said it was craziest to see my guys growth more than anything.

What do you think you see in yourself in terms of growth, from when you first started compared to now?

Everything has been going crazy, actually taking the time to go into the positive side has resulted in me growing in all type of ways. It’s really a blessing for sure.

What was it like making the song ‘Opps’ with JayDaYoungan, did you expect it to do so well?

I ain’t gonna cap, that was unexpected for sure. It streaming the way it did took me by shock, it was one of the first songs that had been released from my last time in jail. I was excited it went gold though, I was like DAMN!

What’s next for you, what’s coming up, where can we see you next?

I’ve been doing shows like crazy, I’ve been working on my next project… I’m already done with it really, I’m a workaholic. All I do is work and it’ll be driving my girlfriend crazy, she’ll be asking me “Will you sit down? You just dropped the album you already working on another one?”

What kind of message do you want to leave for others?

I make the music I make so it can get to the people going through different things in life. I been through some crazy stuff, so I know someone out there has had it worse than me. I’ve been trying to get people out of the streets.

I’ve been playing basketball with some of my fans, like every 2 or 3 days I’ll go to the gym and play ball with them after some Call of Duty: Warzone and YouTube videos with my girl, then I’ll head to the studio you know.

What’s the last thing you want to leave the people with?

This is just me being real and being myself, whatever you do in life just do you. That’s always been me, I never will be around people and act different. I’m always just being myself.

That’s a lot of people’s problems, that’s why they’ll be dying and going to jail, you don’t have to be a killer to be real, just because you haven’t been to jail doesn’t mean you can’t be real. Like nah, you’ll be real when you’re real to yourself.