6 Of The Best Rap Music Videos of All Time 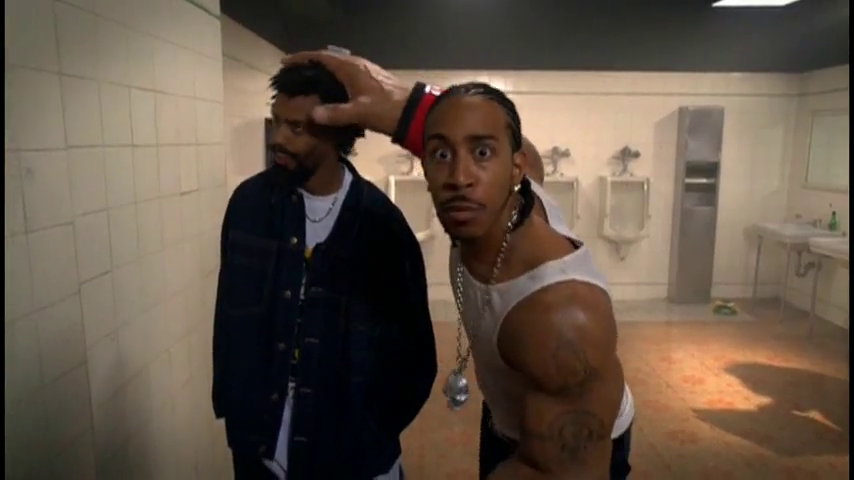 The history of rap music almost perfectly coincides with the history of the music video, with Rapper’s Delight debuting barely 2 years before MTV hit the airwaves (and 5 years before MTV played their first rap video, “Rock Box” by Run DMC; it’s not part of this list, but you should go watch it). With so many videos, even the best rap scholar has missed a few.

This article will discuss a few of the best rap videos, some of which may either have been forgotten or ended up never being popular in the first place.

“They Reminisce Over You (T.R.O.Y.) by Pete Rock and CL Smooth

Grief is an emotion that many rappers have discussed in-depth, from Bone Thugs-n-Harmony singing “Tha Crossroads” in honor of Eazy-E, to Puff Daddy bringing together several members of the Bad Boy family to sing “I’ll Be Missing You,” to Master P singing about his late brother in “I Miss My Homies.”

One of the most poignant songs to remember a lost loved one, “They Reminisce Over You” discusses the late Troy Dixon, aka Trouble T-Roy, a dancer with Heavy D and the Boyz.

While the song was named after Troy, and the third verse focused heavily on remembering Troy, the song mostly discusses CL Smooth’s growing up, with his mother being a single mother for much of Smooth’s early life and his uncle serving as a father figure “when my biological didn’t bother.”

The video itself focuses on images from Smooth’s life, showing images of his loved ones, including Trouble T-Roy himself near the end of the song. While the video isn’t the flashiest or the most dramatic video ever, it shows that mourning is not just feeling sorrow at losing a loved one, but gratitude for having the person in your life in the first place, remembering the good and ill.

“Who you callin’ a bitch?!” Dana Owens was done giving a damn about men who disrespected her in 1993. Physical and verbal abuse would no longer be tolerated. Getting catcalled would be answered with a red-faced Queen Latifah making a man look bad in front of his friends. And this didn’t just go for Latifah, but for all women: “You ain’t a bitch or a hoe.” And five years before Lauryn Hill told girls everywhere, “Don’t be a hard rock when you really are a gem,” Latifah spent an entire verse letting girls know that it doesn’t pay to try to be what you’re not:

Why you trying to jump in front of the bullet?”

The video showed her in all her wrath, posturing just like the men did while trying not to push anybody else down. She struts down the street, getting back to her feet after a man abuses her and leaves her for dead. The video also features a touching tribute to her late brother, Lance, who had died in 1992, with the keys she catches in the beginning of the video actually belonging to her late brother. If you need a boost to remind you that women have power and value, watch this video.

“Close Your Eyes (and Count to F**k)” by Run the Jewels feat. Zach De La Rocha

It’s hard to believe that Killer Mike is not only still around in the rap game, but is still vital, his collaborations with El-P not only revitalized his career but often rival some of the best work he did when he was working with the Dungeon Family in the early ’00s. While his chart success hasn’t been as great (the last time he hit the top 40 was in 2003, when he featured on “Never Scared” by Bone Crusher), he has carved out a place for himself in modern rap.

El-P never had the same chart success, but he gained serious underground credibility for his work as a rapper and producer, having worked with different musical talents like Del Tha Funkee Homosapien, Lorde, Beck, and Nine Inch Nails.

So, when the two came together in 2013 to form Run the Jewels, people knew that something special was coming. Combining sparse music with Killer Mike’s aggressive, almost militaristic delivery and El-P’s only slightly less abrasive flow, they have released four well-received albums. They have seen collaborations on different television shows and movies, such as Black Panther and Rick and Morty.

Their videos are often excellent stories in themselves, from the wrongfully-accused fall guys of “Legend Has It” to the parliament meeting gone hilariously and violently wrong in “Nobody Speak” (with occasional collaborator DJ Shadow as the main artist on the track). But perhaps the most pertinent video right now is “Close Your Eyes (And Count to Fuck).”

The entire video is a brutal physical confrontation between a black civilian and a white police officer. We don’t know if the black man is innocent or guilty, only that he has to fight to keep from being beaten to death, that he is left with no option but to fight. The white officer tries to choke out the black man and chases him into a house after the two of them fought in the street. The last images will likely stay with you.

The track is also vital listening, with Killer Mike expressing his rage at a police system that has malfunctioned his entire life to the point where he welcomes the sight of prison going up in flames (“The burning of the sulfur, God damn, I love the smell”), El-P echoing Killer Mike’s rage with the emptiness he sometimes feels (“The only solace I have is the act of conjugal visitin’”), and de la Rocha raging just as loud as he did in the ’90s (“My battle status is burnin’ mansions from Dallas to Malibu, check my résumé, your residence is residue.”)

“Triumph” by the Wu-Tang Clan

For better or worse, the Wu-Tang Clan has been seen as a joke, with people remembering the Wu-Tang appearing on Chappelle Show suggesting that you “diversify your bonds,” but they don’t remember “Da Mysteries of Chessboxing.” They remember Ol’ Dirty Bastard bum-rushing the Grammy stage to say that Wu-Tang is “for the children,” but not that ODB delivered other hilarious, energetic rhymes. They remember the one album they sold to one person for a million dollars, but not that every single member has released at least one excellent solo album on their own.

But that’s the thing about Wu-Tang; they are a diverse group, with a heritage that is both funny and deadly serious. And, in spite of their unified passions, the entire group past and present only appeared on one track; Triumph, from their second album, Wu-Tang Forever.

Everybody except ODB, who rapped in the intro and at a brief interlude midway through, got a verse in (even Cappadonna, who was not officially with the group at the time). And while the track itself isn’t the greatest that Wu-Tang ever produced, the ambitious, six-minute video featured the best CGI that could be managed in 1997.

Telling the story of Wu-Tang killer bees on a swarm, each member is given some time to shine (again, except ODB, who was represented by a faceless extra in the video). It’s worth watching, if for the history alone.

Watch it here on their official Vevo channel.

“All I Know” by Rahzel

Doug E. Fresh. Biz Markie. Wise from Stetsasonic. These are some of the men who took early vocal percussion and brought it into rap music in the 80s. Their accomplishments should not be forgotten. Rahzel took the foundations they laid, then added spin and took beatboxing to the next level.

With an uncanny ability to sing and beatbox at the same time (Look up “If Your Mother Only Knew” if you want a demo of this; it’s even freakier to see live), Rahzel made the music with his mouth like no other. His songs burst from the speakers with robot noises, lighting-fast beats, and vocal imitations that are so damn close to samples that you may have to do a double-take once or twice while listening to him. And he does so with a sense of humor much like Biz himself.

“All I Know” is perhaps his best video, peppering hysterical references in (he pulls out a Lost in Space reference at one point that sounds like a rip from the show) with boasts about his beatboxing. The video itself shows Rahzel as he goes through his early life, making nurses miserable right after he’s born and food fighting in the cafeteria through school.

You can find the video here, on Rahzel’s Vevo.

“Get Back” by Ludacris

All of Luda’s videos are amazing and worth watching; this one, however, is one of the funnier videos he did, with Luda having giant arms and beating the breaks off everything that makes him mad. There isn’t much to it, but Luda milks this concept for all it’s worth, taking out his bad day on buildings and mailboxes. And, since most of the above videos were pretty serious and hard-hitting, this one, combined with the Rahzel video from above, can make you laugh, and you might need that now.

Here is the link to the video on his Vevo.