6 Producers that Changed the Game 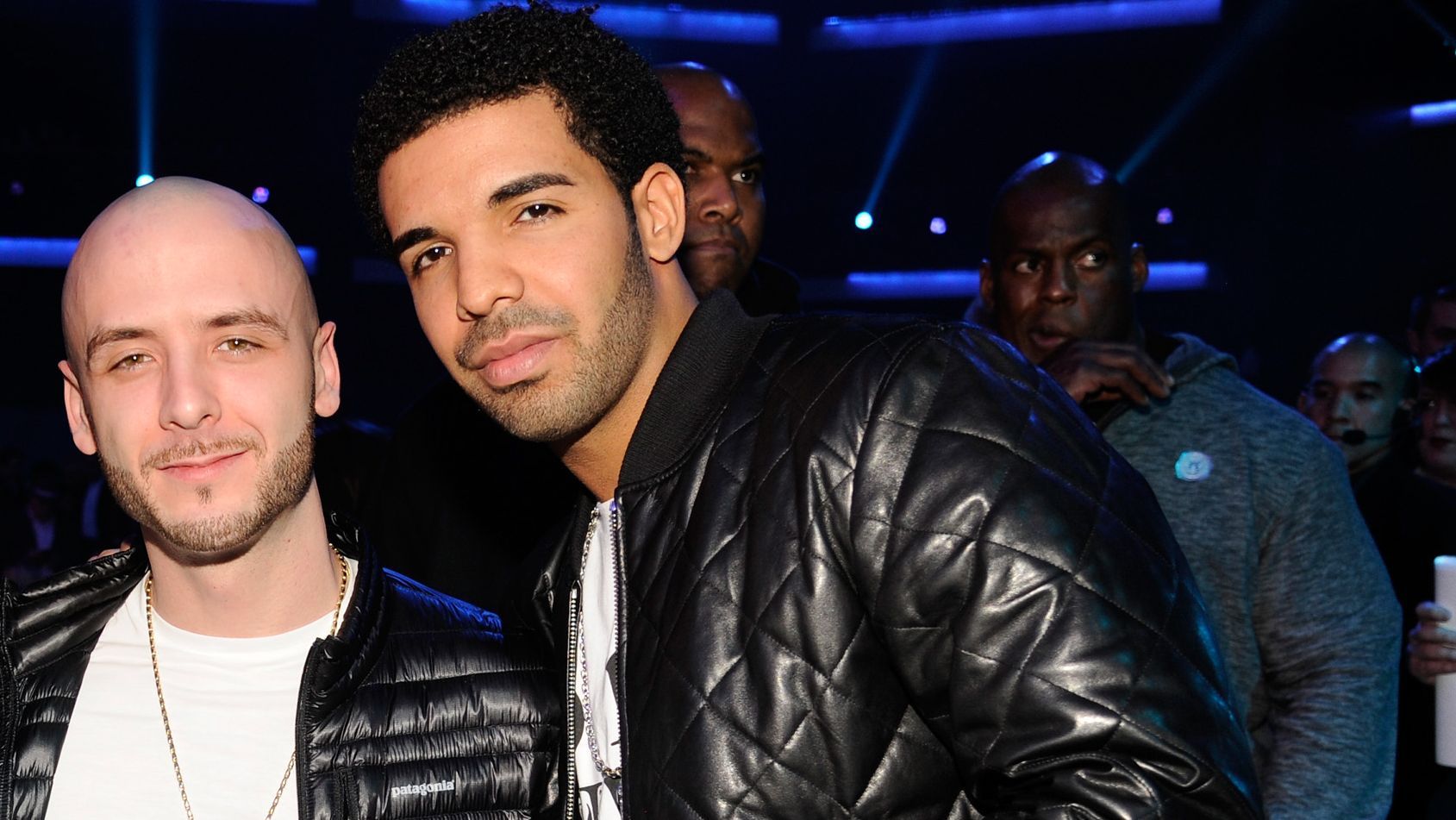 The music industry has changed dramatically in the last 20 years. With the advent of streaming, the way we consume music began to change, and it has continued to be recreated. One thing that is only getting more important in a changing music landscape is the value of good production. While good production has always been important, there are a few producers over the years who have reinvented their genres.

When most people think of pop music prior to the last 10 or fifteen years, there aren’t many names that come to mind. The average listener believed that the songwriting process was some magical thing and that the songs as recorded were one hundred percent the work of the singers and songwriters. In very simple traditional recordings like country and early rock and roll, this was somewhat true, but as the face of music changed in the 60s, so did the role of the producer.

Starting with Phil Specter’s work with the Rolling Stones in the sixties, artists started to publicly acknowledge how important their producers were to the final output, from selecting which songs make the album, to changing arrangements in ways that could turn forgettable pop songs into permanent classics.

While some producers over the years gained notoriety and public awareness, in most musical genres the producer would always be less famous than the artist if an album became successful. While he was hugely important to the end product, no one references Bob Ezrin when talking about “The Wall”. It is a Pink Floyd classic.

All of that changed in the Hip Hop era. The producer became extremely important. In hip hop, the beat and mix became key to whether or not a song worked. A poorly produced track is just a bad track.

Since the average rapper is not playing instruments or even singing a  lot of the time, the production is what sets the songs apart. Imagine an album or mixtape built around the same beat. It would pretty soon run together and lose all its flavor. Let’s dig a little bit into who some of those producers were who made hip hop what it is today, by changing everything that had come before.

You can’t talk about the producers that changed hip hop without mentioning the one who basically invented it as a recorded phenomenon. Sylvia Robinson was an established singer who heard some DJs spinning while some guys rapped at a party. While Hip Hop was a thing already, it was generally treated as something you heard at an underground club or on a street corner, not as something people would want to hear over and over on a record.

In 1979, Robinson got a few of those guys from that party together, re-recorded the instrumental of a song by a group called “Chic”  and mixed a 15-minute song that possibly everyone on Earth recognizes—”Rapper’s Delight”. This song is generally considered the first mass-produced hip hop recording, and it was a huge hit. This single song changed the direction of modern music.

By demonstrating that Rap was commodifiable and people would buy it, Robinson convinced the record industry to pay attention to this musical style from the streets. She also played instruments on the backing track, setting another hip hop precedent of producers actually creating backing music for artists that don’t play themselves.

If you appreciate the idea of a complete rap album or a mixtape along a specific theme, you have Rick Rubin to thank. Rubin has been producing since the early days of Hip Hop, Producing records for Run DMC, LL Cool J, and The Beastie Boys all in 1985 and ‘86 while he was still in his early 20’s. Famous for stripping down when a lot of producers were overproducing complicated tracks, Rubin shifted expectations of what a Hip Hop record was.

In addition to changing the expectation of how a Hip Hop record should sound, Rubin also helped change the idea of who could make a Hip Hop album. Rubin was a young White kid who looked like he belonged in a rock and roll band. He produced the first mainstream all-white rap group, the Beastie Boys, and was able to work their ironic humor into tracks that still played like serious rap songs.

Rubin’s partnership with Run DMC, along with his Rock background, led to one of the most ( if not THE most) famous genre crossover songs of all time: “Walk This Way”. While hip hop had been reusing old backing tracks or re-recording existing music since its beginning, typically those songs were from disco, funk, and R&B.

“Walk This Way” broke ground by using a hard rock song and actually bringing together an established rock band to reproduce their own song so that a rap group could record verses for it.

From the mid-eighties to the early nineties, Dr. Dre ruled. Dre was one of the first big rappers to produce his own tracks. His list of collaborations speaks for itself, and Dre basically introduced LA hip hop to the masses. The modern producer, rapper, mogul like Jay Z or Kanye West possibly wouldn’t exist without the groundwork laid by Dre. If you think of the acts that defined early gangsta rap, you would have a hard time naming one who didn’t work with Dr. Dre at some point.

Dre’s “The Chronic” is considered a career-high point as a rapper, but his mixing of classic funk tracks with his signature smooth rhymes and the collaboration with Snoop Dogg make this a record that establishes his credentials as an exceptional producer of his own songs.

If you were to ask rap fans of a certain age, “what records changed what you thought hip hop could be?”, there is a better than fair chance that “Enter the Wu-Tang (36 Chambers)” would be pretty high on that list. While there were plenty of rap groups going all the way back to the Sugar Hill gang, the Wu-Tang Clan incorporated nine very different rappers into a record that makes sense as a whole.

You don’t get results like that without a virtuoso on the board cutting it altogether. When the master of self-promotion, Kanye West, acknowledges that RZA is an influence, it’s pretty hard to deny that producer’s impact. The super guest dense records and giant collaborative efforts you see today exist in part because of the Wu-Tang Clan, and the Wu-Tang Clan doesn’t exist without the RZA.

There is probably no one on the planet who hasn’t heard the name Kanye West. The self-proclaimed title “greatest artist of all time” may be debatable, but it is not debatable that Kanye changed the face of hip hop, before he even started recording his own music. Kanye’s partnership with Jay-Z is legendary. His take on RZA style “chipmunk soul” for Hov was iconic, but Kanye’s constant reinvention as an artist also defines who is as a producer.

The man who cut soul samples for “The College Dropout” was not the same man who recorded lavish string arrangements for “Late Registration”, and neither of those guys would recognize the autotune mixer for “808s and Heartbreak”. Kanye is a producer who didn’t only change the game; he did it over and over again.

While old school gangsta rap still had a hold on the most popular branch of rap in the early 90s, Trap was starting to take hold. Rather than complicated instrumental studio tracks, hip hop was incorporating more and more electronic beats and stripped down audio loops. Trap sprang up from small studios in Atlanta and other parts of the South and has remained one of the dominant forces in modern hip hop.

Trap beats allow rappers who don’t have a quarter-million dollars and a studio deal to pay a producer to cut a mixtape on the cheap. Kanye used a $200 beat called “Panda” on “Life of Pablo”. There are a million trap producers working off of their kitchen tables making beats that can be bought and used by any Soundcloud rapper.

Tra and its predecessor, crunk were brought to the masses by Lil Jon. Coming off of the East vs West rappers of the nineties, Lil Jon helped propel a southern, less produced style of rap to the mainstream.

To summarize, there have been too many influential hip hop producers to count over the years. One of the things that set hip-hop apart is that a producer on one album may end up an artist on the next, or a rapper on one record may be a producer for someone else. Hip hop’s relatively low production costs, especially in the trap era, means that the next game-changing producer may be mixing beats on his couch right now, and breaking out next week.